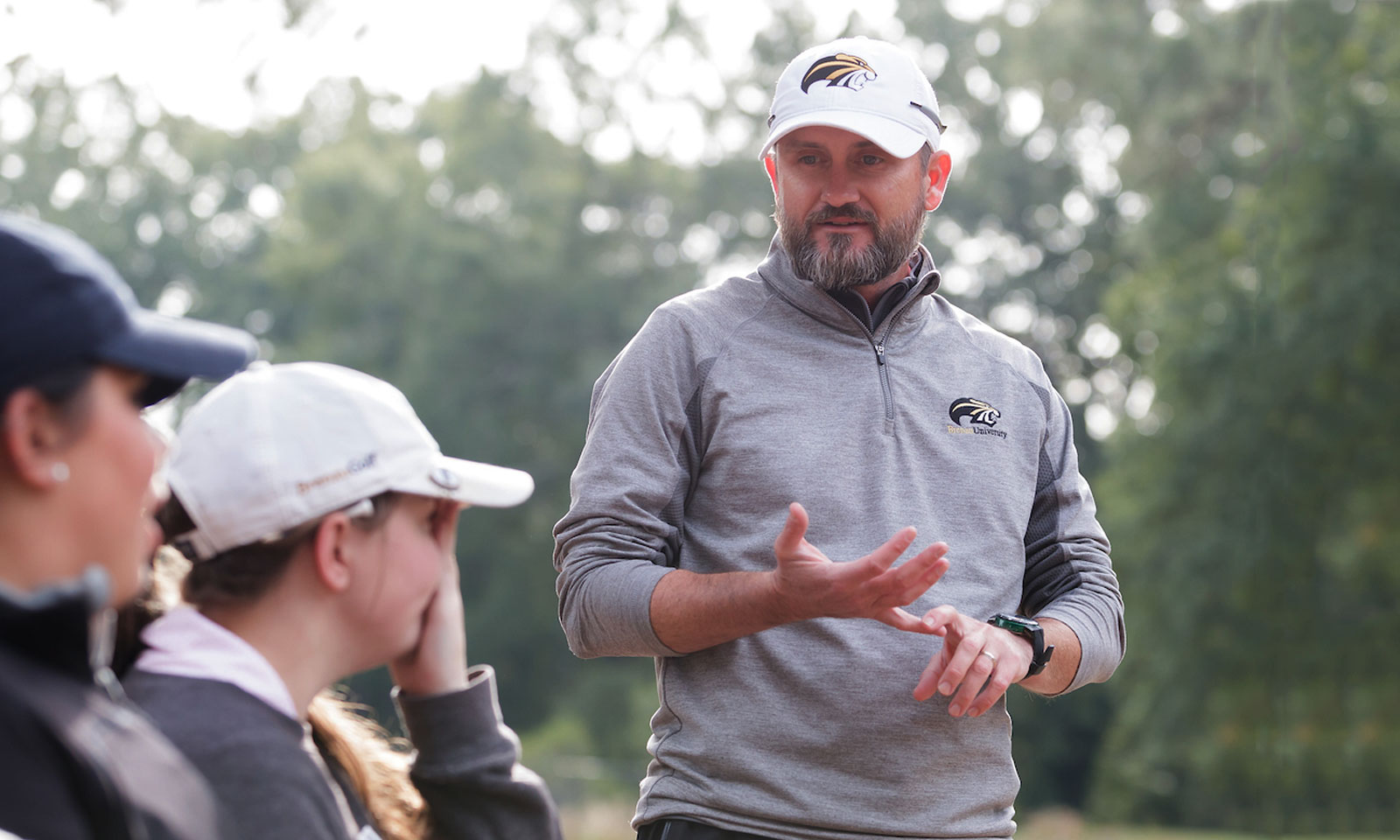 Brenau University Golf Coach Damon Stancil has been named the 2019 National Association of Intercollegiate Athletics Coach of Character for the Appalachian Athletic Conference.

“I felt like there was surely someone else that was more deserving, but it is really flattering to know that other coaches and your players think that highly of you, that they recognize as a coach what I’m trying to do,” Stancil said of the award. “We’re trying to play well of course, but I want my players to understand what it means to set goals, support each other, and hold each other accountable — all the things that make us who we are as we get older.”

Since coming on board to start Brenau’s golf program in February 2013, Stancil has steadily developed the Golden Tigers into a top-50 NAIA program. Five years later, the program holds 11 All-Tournament, six All-Academic, four All-Conference, two NAIA All-Scholar, one SSAC All-Freshman, and two All-Conference Golfers of the Week awards, along with an SSAC Champions of Character team award. Most recently, the Brenau golf team placed third at the AAC Fall Championships at the Elizabethton (Tennessee) Golf Course on October 9.

A Class-A PGA professional, Stancil has more than a decade of experience in working as a professional and instructor in golfing, as well as experience playing at the collegiate level.

“This award speaks to the character and values that Damon exemplifies and the quality of coaching he brings to our golf program,” said Brenau Athletic Director Mike Lochstampfor. “He is highly deserving of this honor, and it’s great to see that others within the conference recognize him for the positive behavior he consistently models.”

Stancil, a Class A PGA Professional, brings over ten years of experience as a golf professional and instructor, as well as collegiate playing experience at the 1998 NAIA National Championship team Berry College from 1997 to 1999.

NAIA Vice President of Business and Product Development Leigh Schenck said in her letter to Stancil, “The NAIA Coach is proud to have you as one of our finest representatives. Your accomplishments and character in competition and in the community speak for themselves. Furthermore, to read the positive examples you set is refreshing and exciting. I commend you on your efforts in every aspect of your life.”