Top Celebrities Are Swinging For Their Favorite Charities Like Never Before

THERE’S A HOST OF CELEBRITY GOLF EVENTS, TOUCHING EVERY SEGMENT OF CHARITABLE GIVING

Halle Berry does it. Bill Murray, too. Even shock-rocker Alice Cooper has hopped aboard the bandwagon. The activity in question isn’t some new-age diet craze, a cultish religious ritual, or the latest fashion fad. No, these seemingly disparate celebrities have something else in common: They all host charity golf events. It’s easy to see why. Golf has proven power to attract cash for causes. A recent study found the game contributes a staggering $3.5 billion annually to charity through nearly 150,000 events.

Golf outreach touches practically every segment of charitable giving, from cancer research to inner-city education to support for military families. Of course, having legions of high-profile ambassadors never hurts. 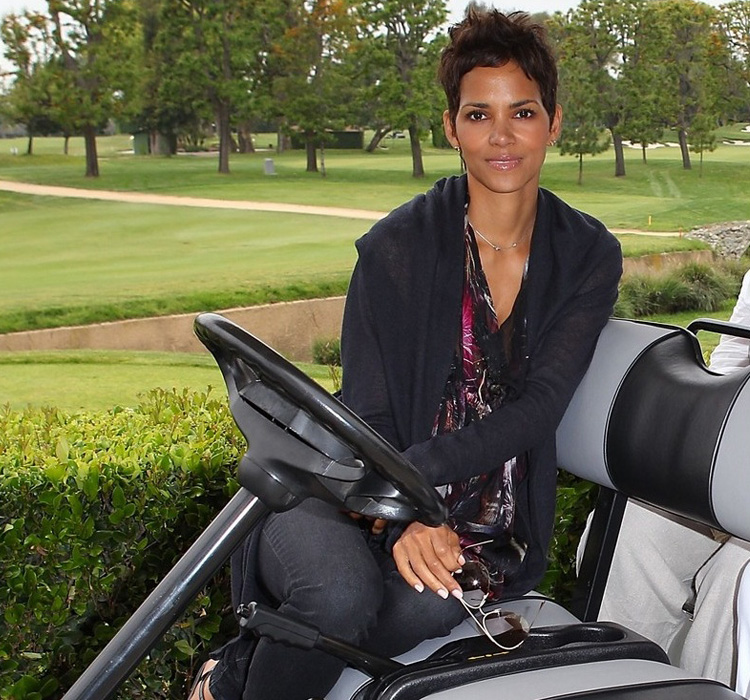 GOLF GRIPS HOLLYWOOD: You can’t swing a 9-iron in Tinsel Town without hitting a civic-minded celeb. Bing Crosby and Bob Hope blazed a trail in the 1940s. The on- and off-screen pals hosted annual gatherings pairing pro golfers with famous duffers on scenic California courses – a combination that proved immensely popular.

Bing and Bob have given way to a new generation of golfing do-gooders, and it’s not just the outfits that have changed. Women, once a rare find on the links, now take to the fairways in droves. Especially when there’s a worthy cause to support. Berry, the Oscar-winning actress, hosts an annual golf tournament benefiting the Jenesse Center, which helps families victimized by domestic violence. 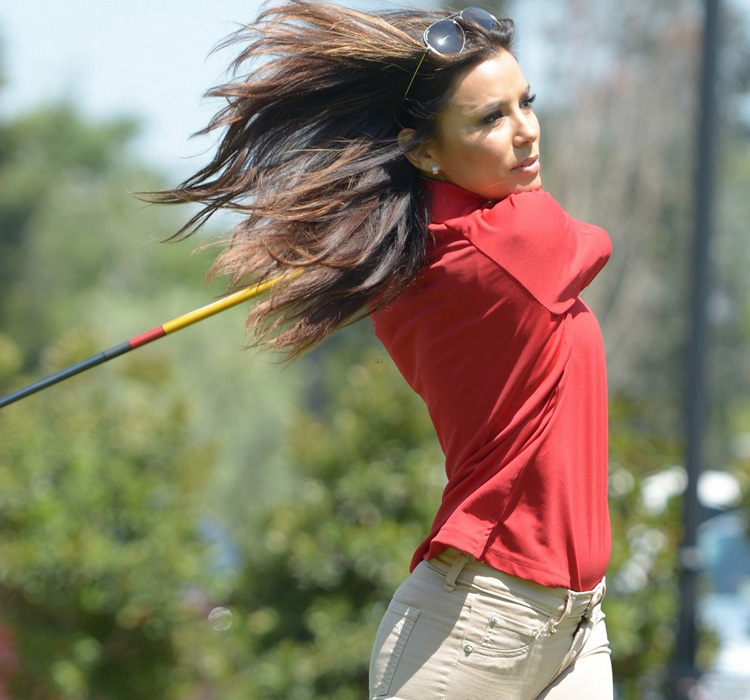 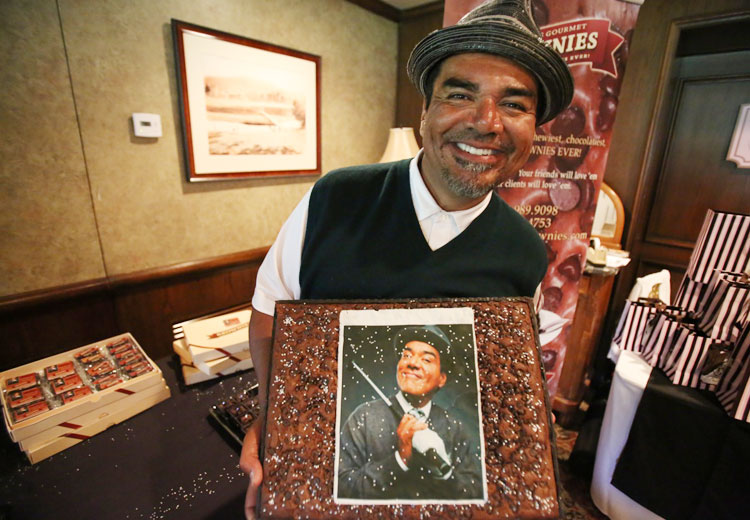 Not to be outdone, their male counterparts regularly light up the charity golf circuit. Murray has practically made golf his second career, delighting (and sometimes plunking) fans at numerous celebrity-centered outings. Each year, Bill and Brian Doyle Murray – alongside their four less-famous siblings – team up for the Murray Brothers Caddyshack Charity Golf Tournament; proceeds for children’s healthcare and education have exceeded $1 million since 2001.

“Greens in the Day, Blues in the Night” golf event raises funds for educational programs such as The August Wilson Monologue Competition, sponsored by his True Colors Theatre. 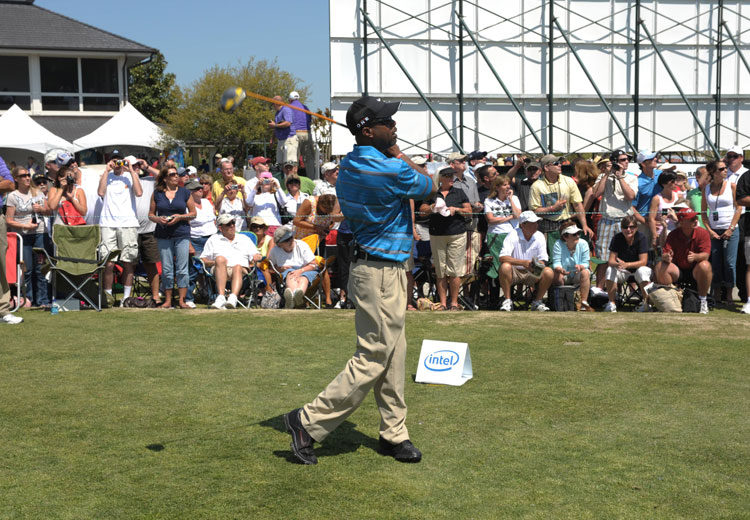 THE SWEET SOUNDS OF GOLF: A well-struck drive is music to the ears of recording artists from every genre and generation. The who’s-who includes Hootie & the Blowfish, hosts of the annual Monday After the Masters Celebrity Pro-Am. Every April, Hootie (aka Darius Rucker) and the boys always snag a boat full of pro golfers headed from Augusta to Hilton Head, S.C., then match them with actors, athletes and other stars to raise funds for the state’s less-fortunate youth.

Justin Timberlake has forged a strong association with golf in recent years. The pop sensation previously lent his name to the PGA Tour’s Shriners Hospitals for Children Open, and even owns a course, Mirimichi, in Memphis. Timberlake’s a pretty good stick, too, sporting a single-digit handicap. Clean-cut chaps like Rucker and Timberlake fit snugly with golf’s country club image, but the long-haired likes of Neil Young and Willie Nelson aren’t left out in the cold. Neither are the ladies. 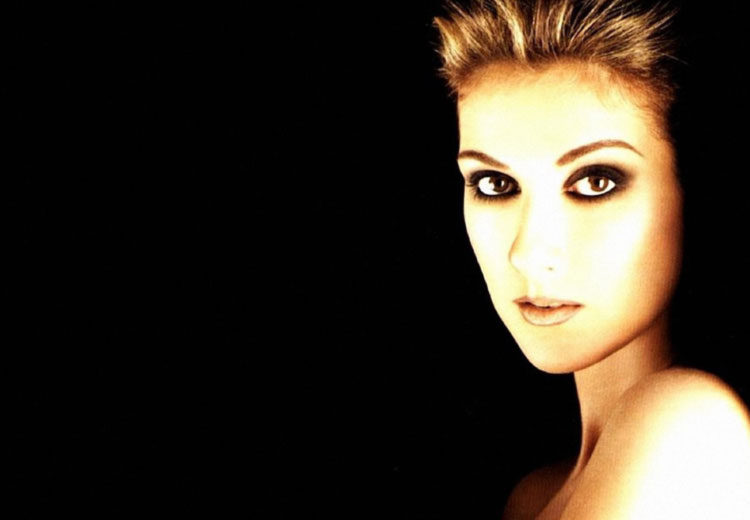 Celine Dion is actively involved with her family’s charity, which raises funds for disadvantaged kids with a yearly tournament at Celine’s own golf club in Montreal.

As for Alice Cooper, turns out he’s a nice guy after all. Since 1997, Cooper has held a pro-am benefiting Solid Rock, a Christian (yep) organization aiding Arizona teens. 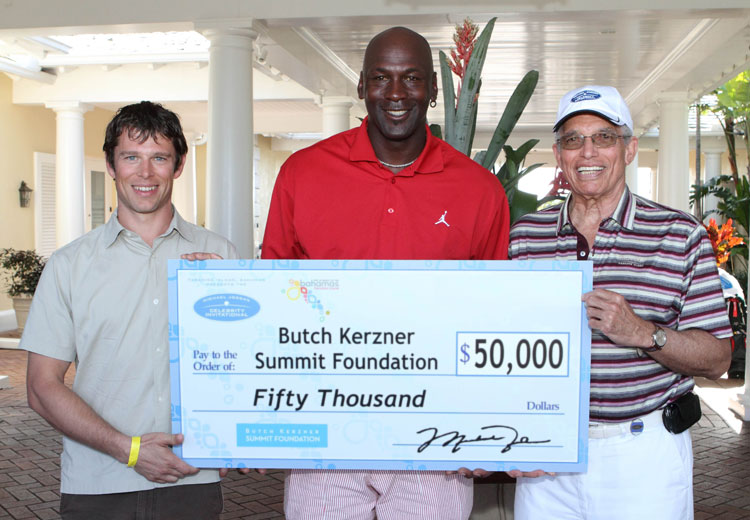 GOOD SPORTS: World-class athletes gravitate to golf like teen girls to the Jonas Brothers. (Also golfers, by the way.) And while sports stars have been known to dispense with discretionary cash on friendly wagers, they’re extremely generous when it’s time to tee it up for charity.

Basketball does its fair share, too. Michael Jordan has contributed more than $6 million to a number of worthy charitable organizations which the annual Michael Jordan Celebrity Invitational which he created in 2001. Mike enlisted the help of a few friends, namely Julius Erving, Alonzo Mourning and Penny Hardaway, and that’s just the hoopsters. 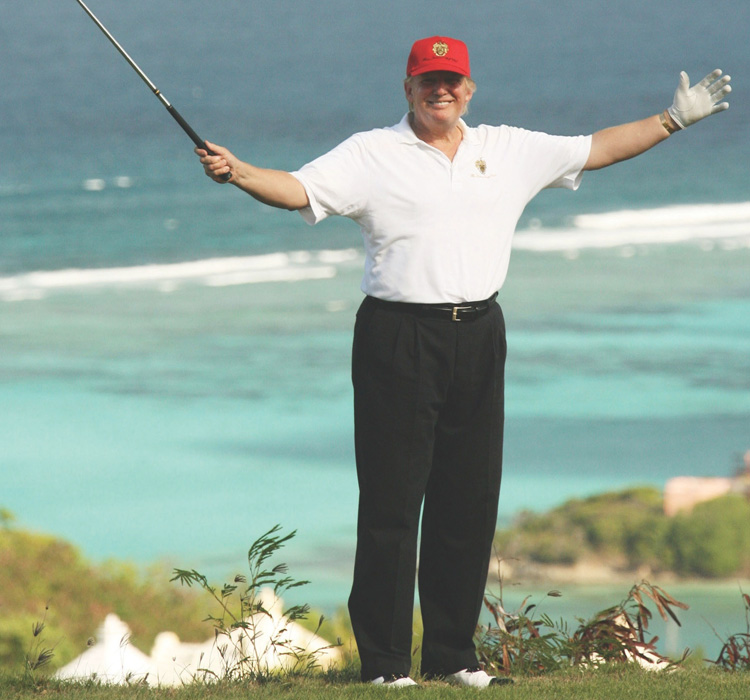 CASH OF THE TITANS: Business moguls are among the world’s most passionate golfers, but Donald Trump stands alone in his devotion to the game. Just ask him. For all his bravado, “the Donald” has championed charity through golf for many years. The Golf Channel program “Donald J. Trump’s Fabulous World of Golf” pits big shots like John Smoltz, Tom Glavine and Mark Wahlberg head-to-head, with prize money going to – you guessed it – their beneficiaries of choice. Other tycoons who mix golf with giving include Augusta National members Bill Gates and Warren Buffett. Having a fortune 500 company CEO or high-profile executive show up at charity outings is considered sound PR.