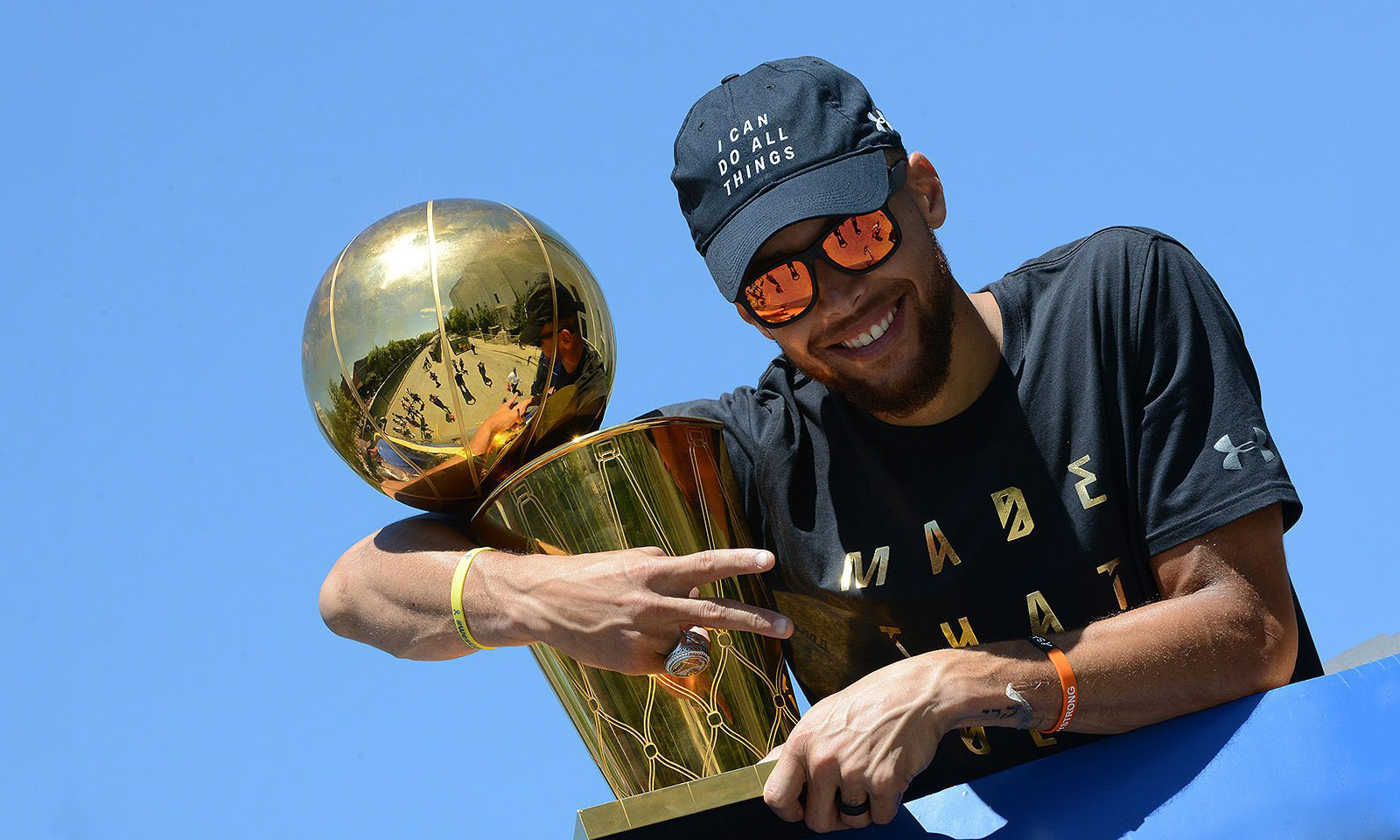 Freshly minted National Basketball Association Champion and two-time NBA Most Valuable Player Steph Curry, of the Golden State Warriors, will join superstar athletes and entertainers at the American Century Championship celebrity golf tournament in Lake Tahoe, July 11-16. Curry, making his fifth appearance at the tournament, will be joined by his teammate and Splash Brother, Klay Thompson, as well as his father, Dell.

Stephen Curry is the best shooter in the NBA, but is he also the best golfer the NBA? If you’re a true Curry aficionado, then you know that Curry played golf in high school and that golf is his second favorite sport. Curry often answers the question: “What would you do for a career if you didn’t play in the NBA?” by saying that he would be a professional golfer.  In addition to his participation with the American Century Championship, Curry has put on the Stephen Curry Thanks USA Charity Golf Tournament since 2011, and he’s raised over $93,000 since then for the families of active-duty military.

Curry made his American Century Championship debut in 2010 following his rookie NBA season and finished tied for 28th place behind Michael Jordan (22nd), Marshall Faulk (18th) and Mark Rypien (6th). His best ACC appearance was in 2013 when he led the tournament with seven holes remaining before finishing fourth. Curry is looking to avenge last year’s one-point loss to his father and another year of trash talk. Steph is listed at 20-1 by the Harrah’s and Harveys Race & Sports Book. Klay Thompson’s odds to win are 40 to 1, and Dell at 30 to 1.

The 28th annual tournament has raised more than $4 million for multiple national and area charities and offers free admission to military personnel and guests. With major television exposure (NBC Sports, NBCSN, Golf Channel) and a purse of $600,000, the American Century Championship is one of the most prestigious celebrity tournaments in golf. The 2017 event tees off Friday-Sunday July 14-16 at Edgewood Tahoe Golf Course, a Golf Digest Top 100 rated course, on the shores of the largest alpine lake in North America.