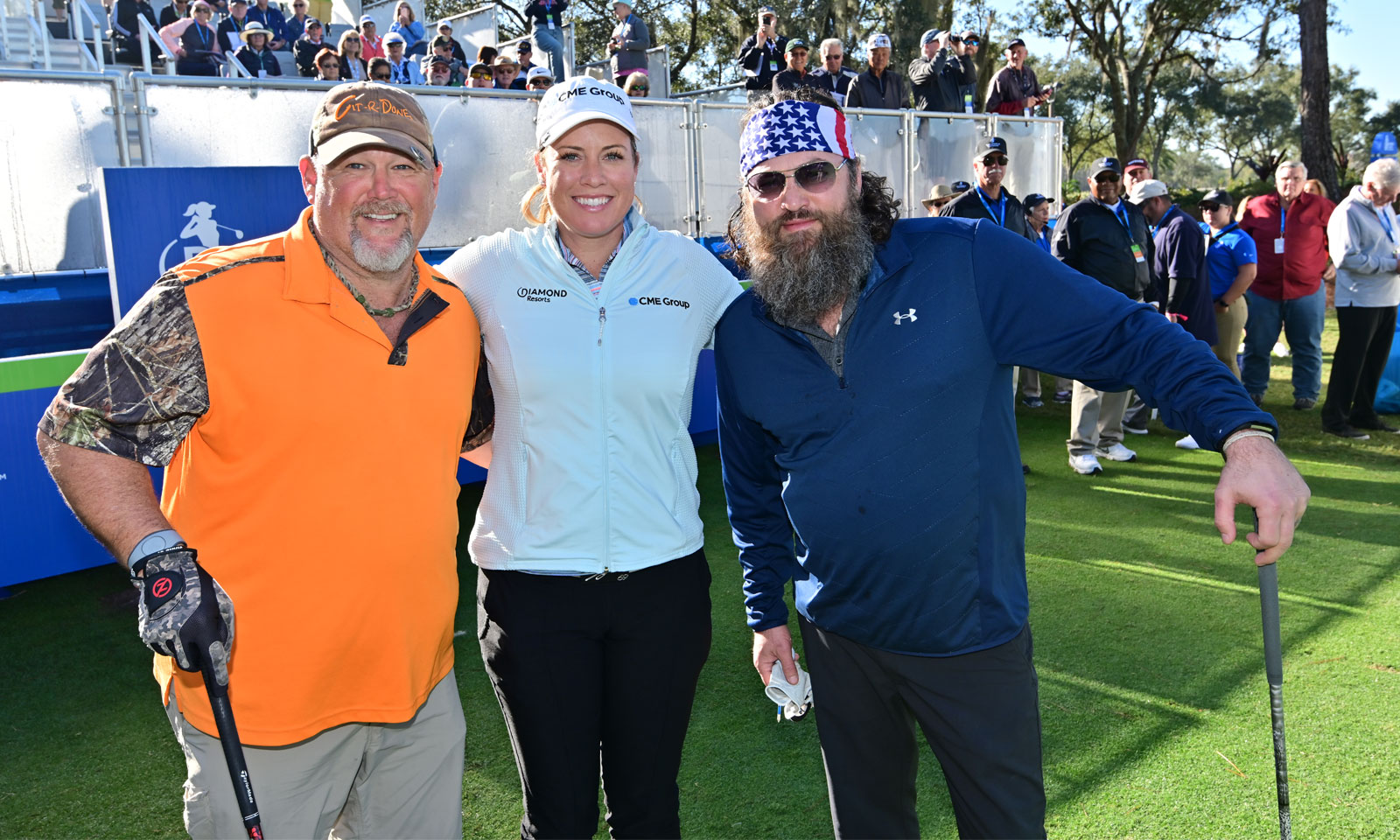 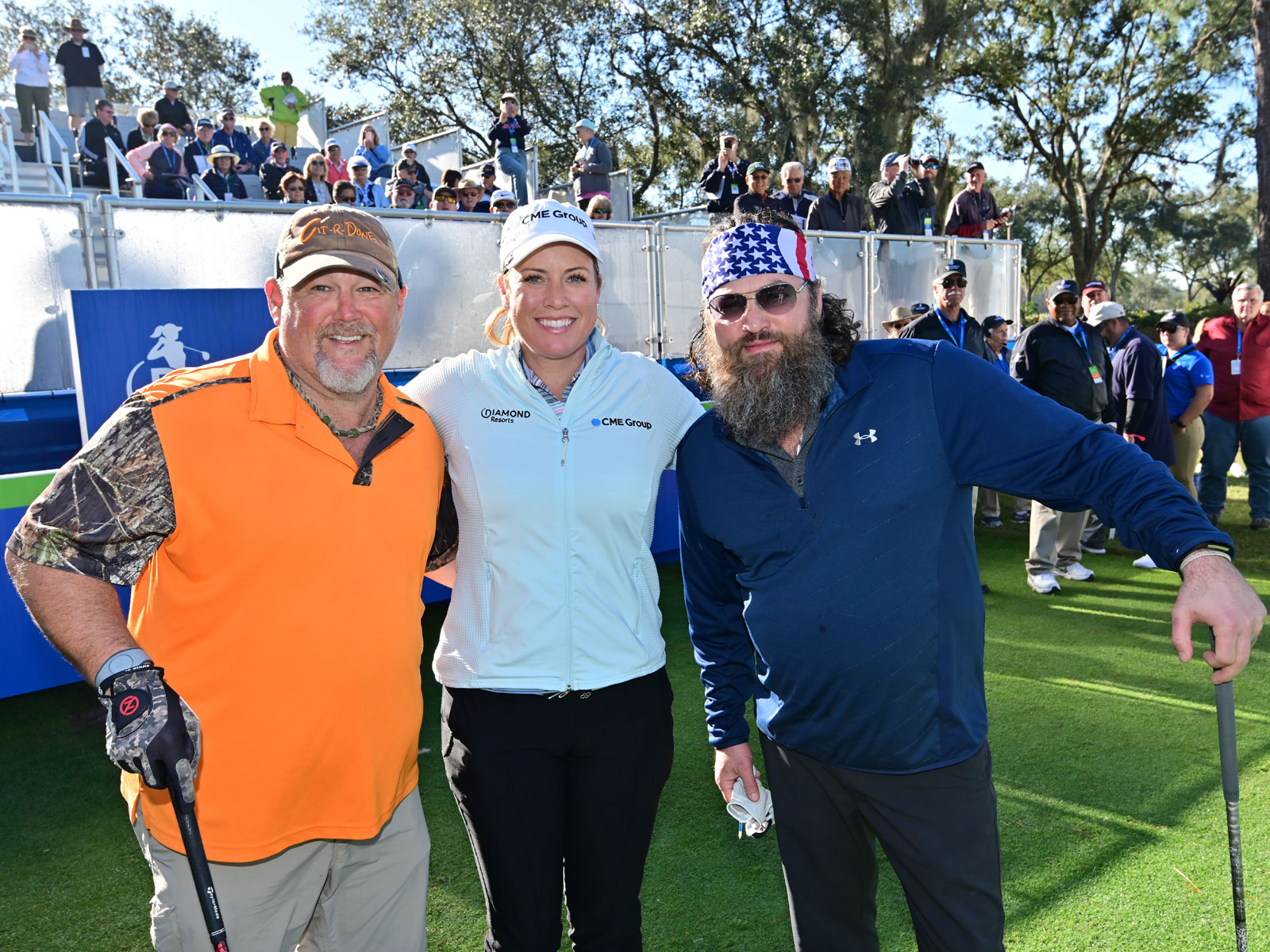 By the time Diamond Resorts CEO Mike Flaskey envisioned his company owning an event on a major pro golf tour, he and Brittany Lincicome were already friends and business associates.

Flaskey was a leading executive at the Las Vegas-based vacation ownership company and his innovative approach to building the business included an “Ambassador” program through which sports and entertainment stars would interact with Diamond Resorts members, enhancing their vacation experiences.  Lincicome was one of those early “Ambassadors.”

Now, the LPGA season-opener is the Diamond Resorts Tournament of Champions, a professional golf tour de force – exclusive, unique, innovative and prominent, featuring $1.7 million in prize money and network TV exposure. The LPGA names are eye-catching because only tournament champions from 2018-19 can play. Lincicome, Lexi Thompson, Lydia Ko, Jessica and Nelly Korda, Brooke Henderson, Danielle Kang, Angela Stanford and defending champion Eun-Hee Ji are among the 26 champions who will tee it up next week with big prize money and official CME points at stake. 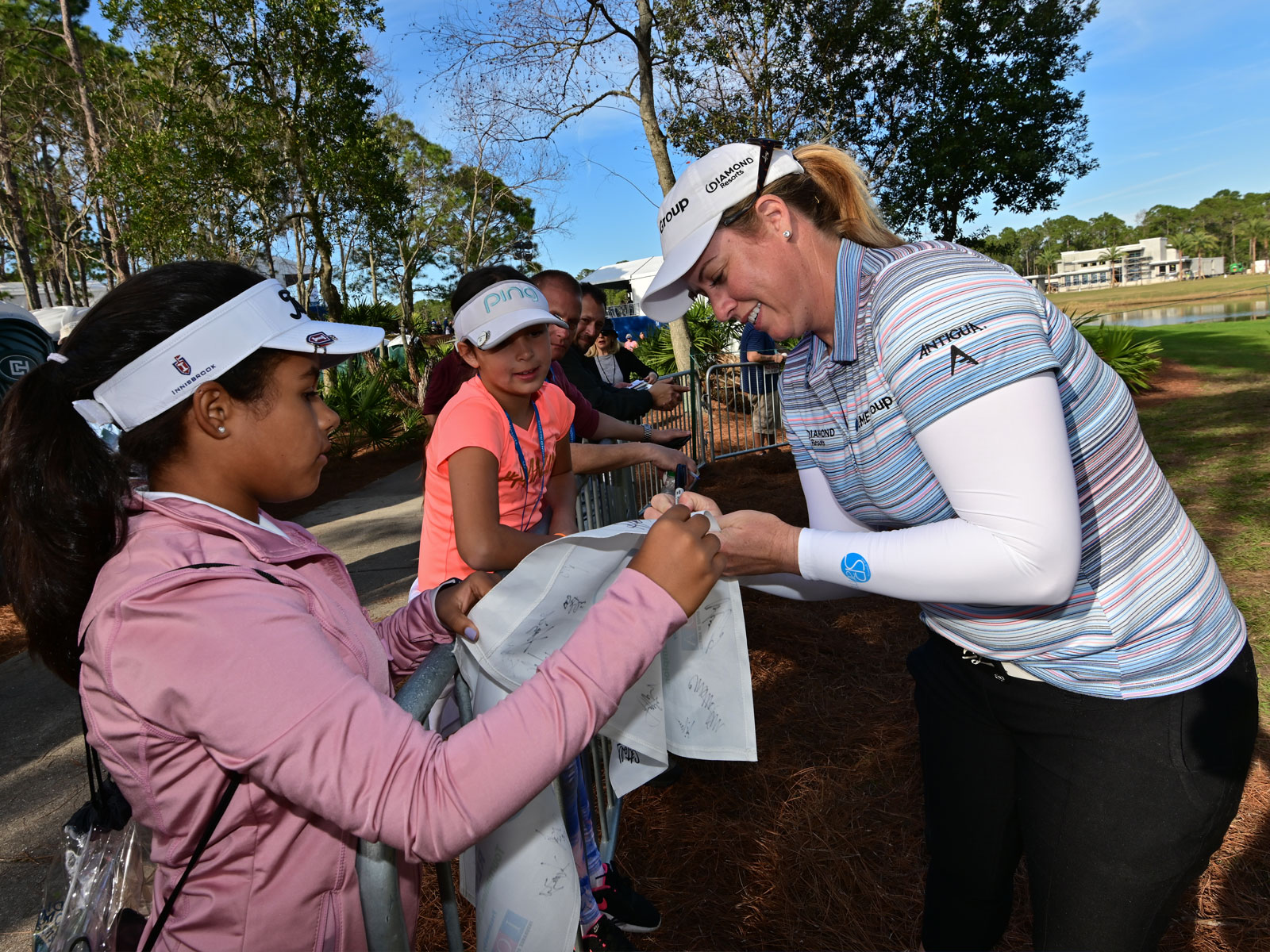 Add in the celebrity star power and you’ve got a new concept – LPGA standouts in official competition alongside luminaries from Major League Baseball and the National Football League such as Justin Verlander and Larry Fitzgerald. Some 26  LPGA winners plus 48  sports and entertainment celebrities in the same groups, playing their own ball in separate but simultaneous tournaments for a media and Central Florida audience that has been building for several years.

The event launches the LPGA’s international calendar of 33 events in 11 countries with the women competing for a record-breaking annual purse of more than $75 million. Furthering the tour’s global impact, the LPGA will be televised in more than 175 countries, and this summer, golf will be a central event at the 2020 Olympics Games in Japan.

The January 16-19 tournament at Four Seasons Golf and Sports Club Orlando is the fulfillment of Flaskey’s vision.  And his relationship with Lincicome was key because she was always invited when the tournament was celebrities with PGA TOUR Champions in 2017-18, establishing an entertainment attraction brand in Central Florida.

Lincicome told LPGA Commissioner Mike Whan – recently featured on the cover of Sports Business Journal for his accomplishments with the women’s tour – about Flaskey and Diamond’s dynamic organizational and hospitality expertise, prompting a phone call and a partnership that now renews every January. 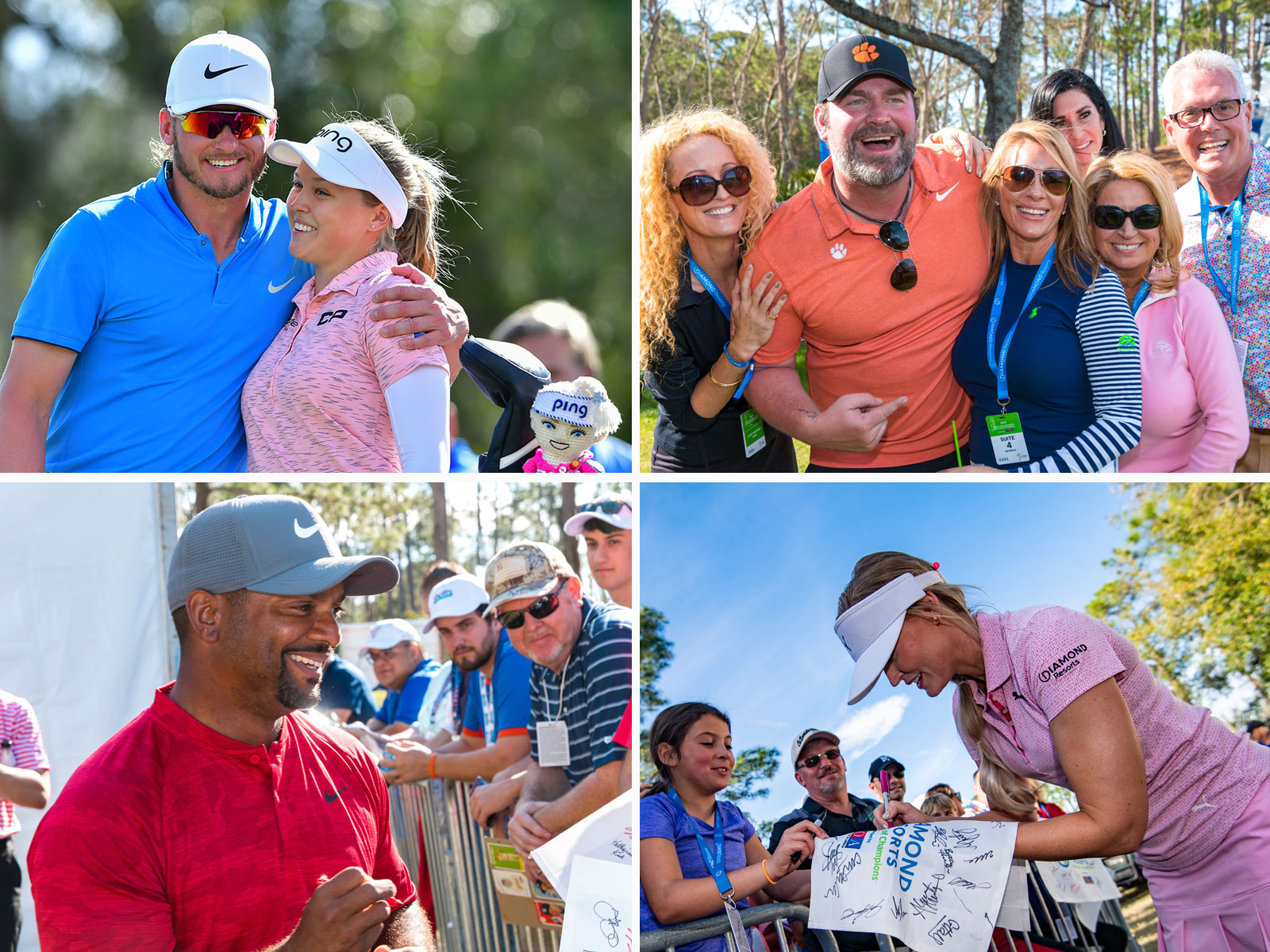 “I knew we wanted to do something different,” said Flaskey at the tournament’s media day in December.  “We didn’t want to be just another golf tournament out there. We conducted numerous focus group studies and knew celebrities could move the needle. We had our experience with the PGA Champions, which was wildly successful, and the television ratings were excellent. So, we had that when we came to the table with the LPGA.

Then Lincicome took the initiative. “Brittany went to Mike Whan and said that the LPGA has to figure out how to get involved with  Diamond Resorts,” Flaskey continued.  “Mike reached out and we started talking about it.  I said I didn’t want a full field event. I wanted something unique and different and meaningful and we landed on the Tournament of Champions.”

Whan has a similar recollection. “Brittany had come to me and said, ‘We have to be involved with the Diamond Resorts tournament.’ When she found out that I was meeting with Mike Flaskey, she asked how much time did I set aside for the meeting? When I told her two hours, she said, “You’ll be done in 10 minutes. You’re both so over-caffeinated.”

“It was a different take,” Whan continued.  “In my years as Commissioner, I’ve always come to the players to bring new events.  She had me ready to go with Diamond Resorts. Plus, she had the other LPGA players in the tournament all calling me during the tournament, all saying we need an event like this on the LPGA. They called me during tournament week, not afterwards!” 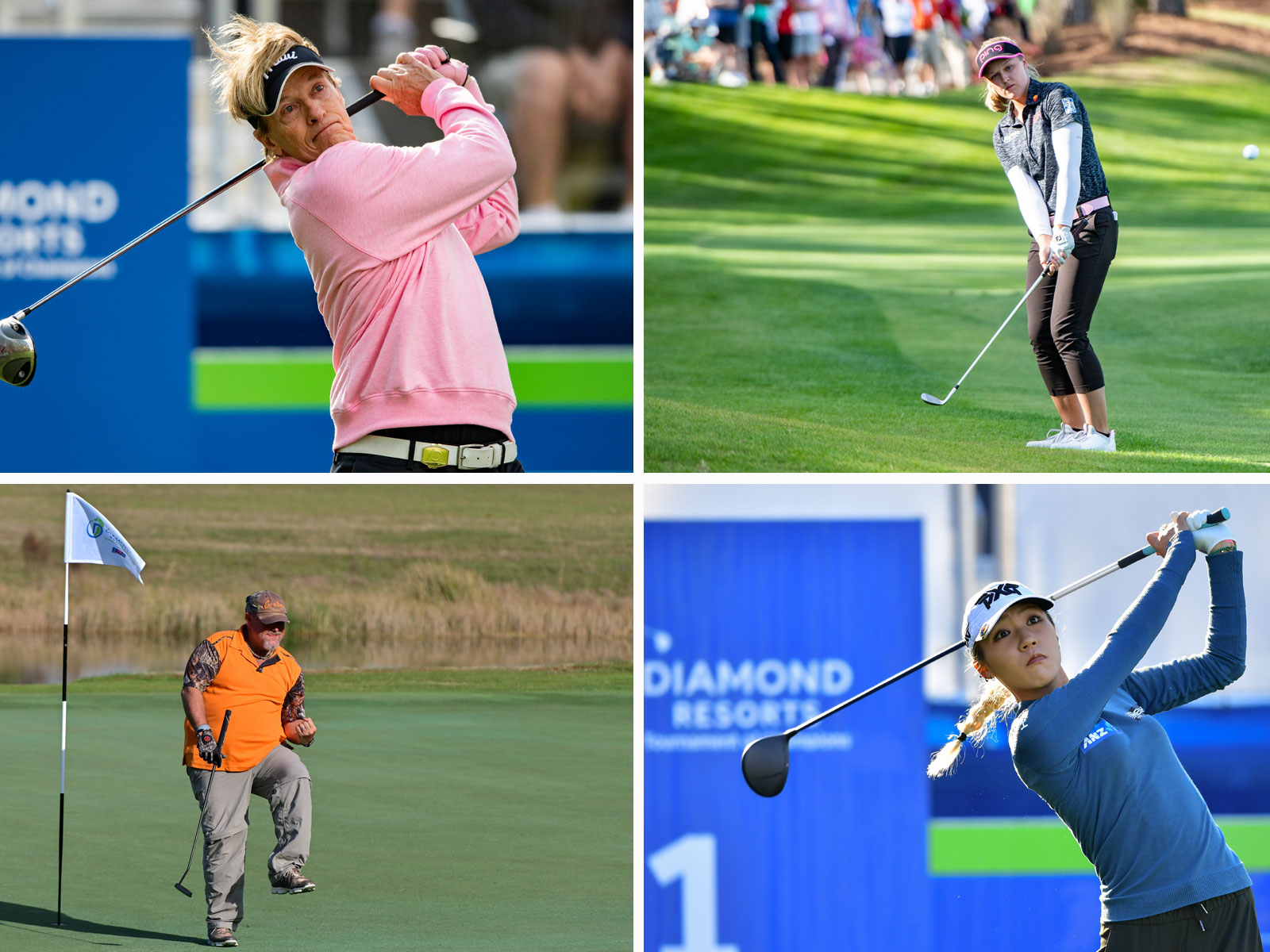 To many LPGA fans, it doesn’t seem that long ago when Lincicome first burst on the LPGA scene with her prodigious drives, quickly earning the nickname “Bam-Bam.” With a consistent string of LPGA Tour victories, two-time major champion Lincicome has been a member of the U.S. Solheim Cup team since 2007.

Lincicome has long been one of the most popular players on tour. Entering her sixteenth season, Lincicome has won eight tournaments and is now a leader within the LPGA community. In 2018, she became the fifth woman in history to compete in an official PGA Tour event, “against the boys,” and this past year, Lincicome took time off her busy playing schedule to give birth to Emery, a girl, her first child.

The next challenge was to figure out how to get all the athletes and celebrities to join the party. Famous athletes and A-listers, many of them accomplished golfers, had participated in previous  Diamond Resorts events. In 2013, it was a one-day celebrity-am. It morphed into an all-celebrity event with $500,000 in prize money in 2016, then two years with the PGA TOUR Champions as a Challenge Season competition.  It officially became an LPGA Tour event last year, featuring 26 LPGA champions and 49 sports and entertainment celebrities.

At last year’s inaugural tournament, Hall of Fame pitcher and Fox Sports broadcaster John Smoltz navigated his golf ball around the golf course at Four Seasons and outplayed the field to claim the inaugural championship alongside Eun-Hee Ji, the LPGA’s first winner of 2019. 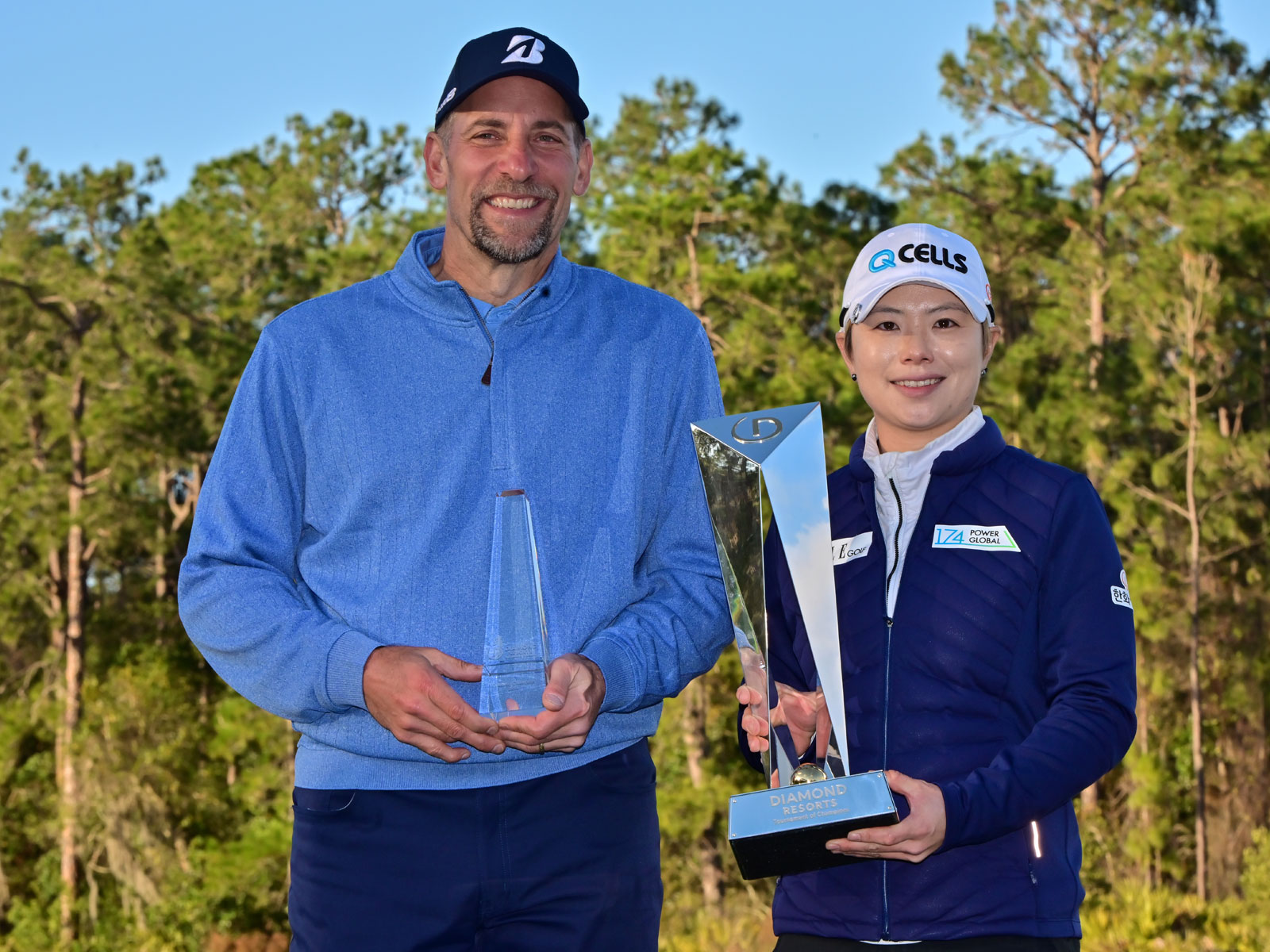 Besides her inspiration for the Diamond Resorts Tournament of Champions, Lincicome remains active in her support of women’s golf. She recently tweeted a challenge to all her fans to support the “LPGA USGA Girls Golf” initiative by first making a personal donation and asking others to follow suit. Lincicome unselfishly remains tireless in her pursuit of growing the game she loves.

Lincicome, while humbly diverting credit to Flaskey and Whan, remembers telling both Mikes “how much fun her and her friends on tour enjoy the combined format events,” and that she simply talked to both gentlemen about developing the idea.

The end of each playing day at the Diamond Resorts Tournament of Champions feels entirely different than at other tour events. After a brief stop in the scoring tent, Hall of Fame athletes rummage through their golf bags to find a Sharpie to get LPGA Tour pro autographs and Tour pros smile shoulder to shoulder alongside their celebrity heroes for social media-bound selfies.

“One thing I love about our partnership with the LPGA and Mike Whan is they’re open-minded and creative,” Flaskey continued. “They sit back, listen and say, ‘That’s a really good idea — what if we do this?’ And the next thing you know, you’re collaborating.  We think we’ve created a really cool masterpiece here.”