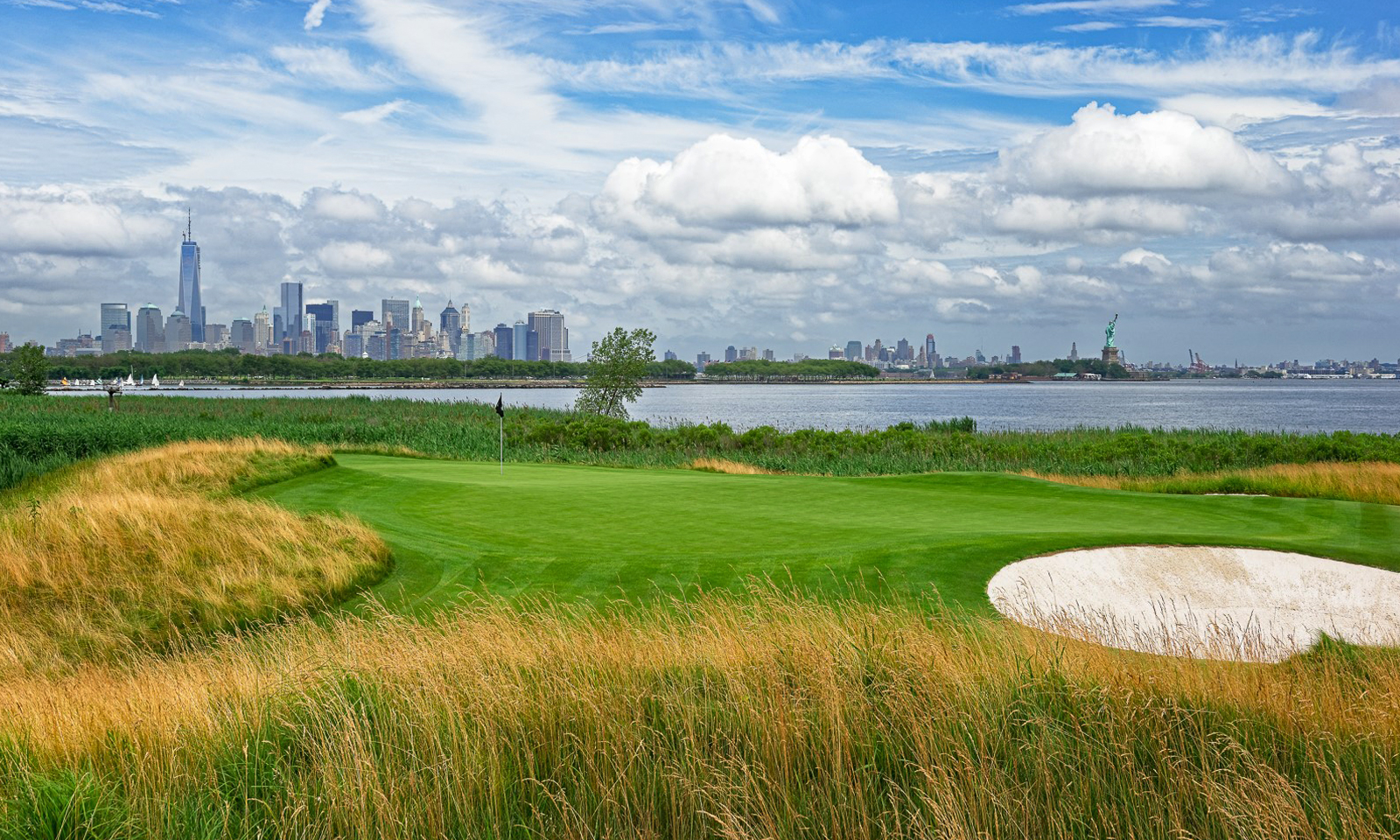 Aside from the fact that Liberty National Golf Club is an engineering miracle — with stunning views of New York City skyline, the Statue of Liberty, Freedom Tower, and host of the 2017 Presidents Cup, it remains a very personal and special place to me.

Liberty National was designed by the late Bob Cupp, and Tom Kite on the site of a former toxic dump in Jersey City, New Jersey. This audacious project by Paul Fireman, former owner of Reebok, which turned an urban wasteland into an ecological garden spot and world-class golf course, took 14 years to complete, at a cost of somewhere in the neighborhood of $250 million.

At the time of this photo shoot I did not know Bob Cupp, but a year later I had that pleasure and we became very close friends before he passed last year.  So this wonderful golf club is one of my all-time favorites for multiple reasons. 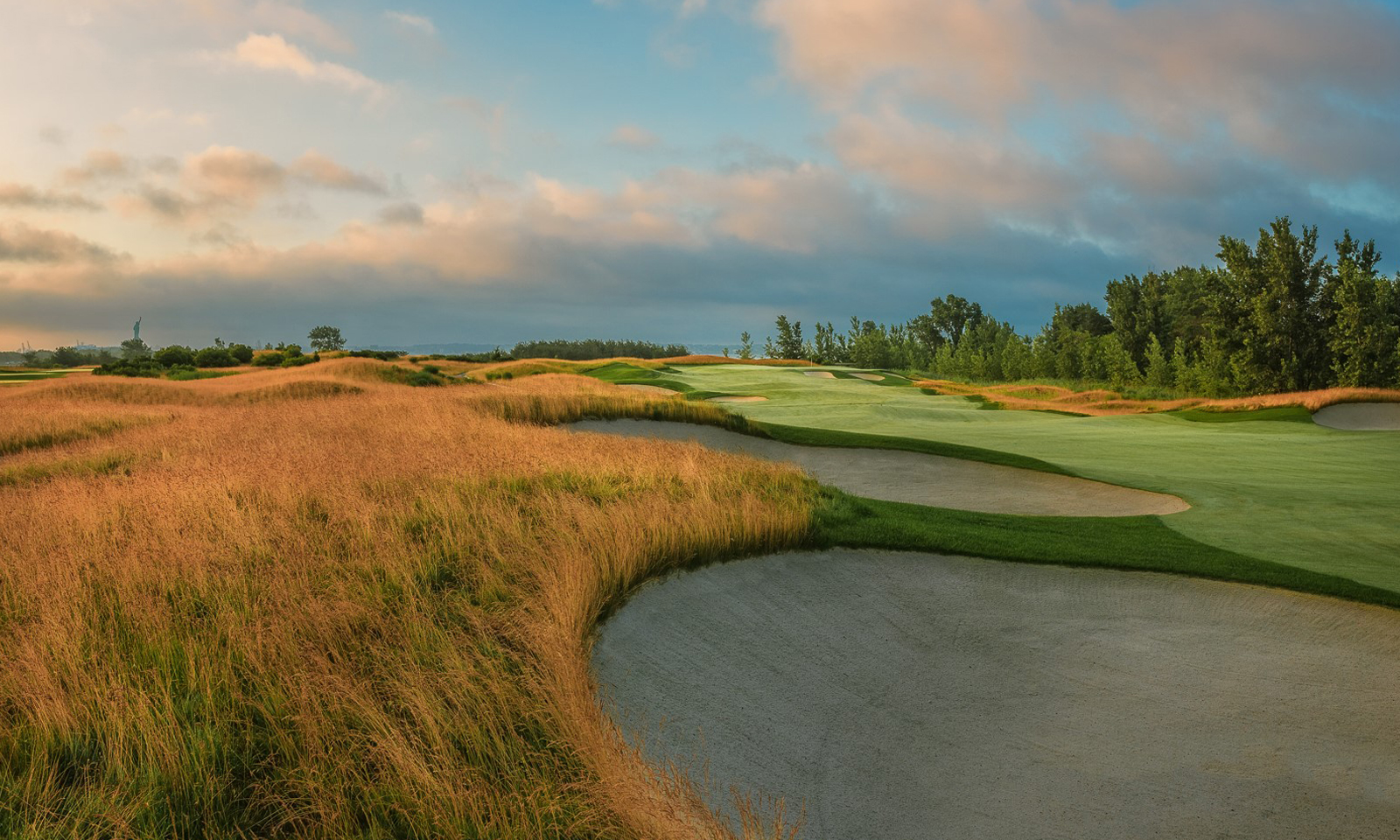 I was asked to photograph the course in July of 2013, at a time when I was working desperately to get my work noticed.  After the first time Liberty National hosted the PGA Tour, the tour players requested some minor design changes to three holes. I was supposed to shoot those three holes so the Barclay’s Championship program would have current images. I must not have heard that instruction, because I spent 3 days on the property, and photographed every hole to the extent possible, given that I was shooting around the viewing stands and hospitality tents that were under construction during my visit. 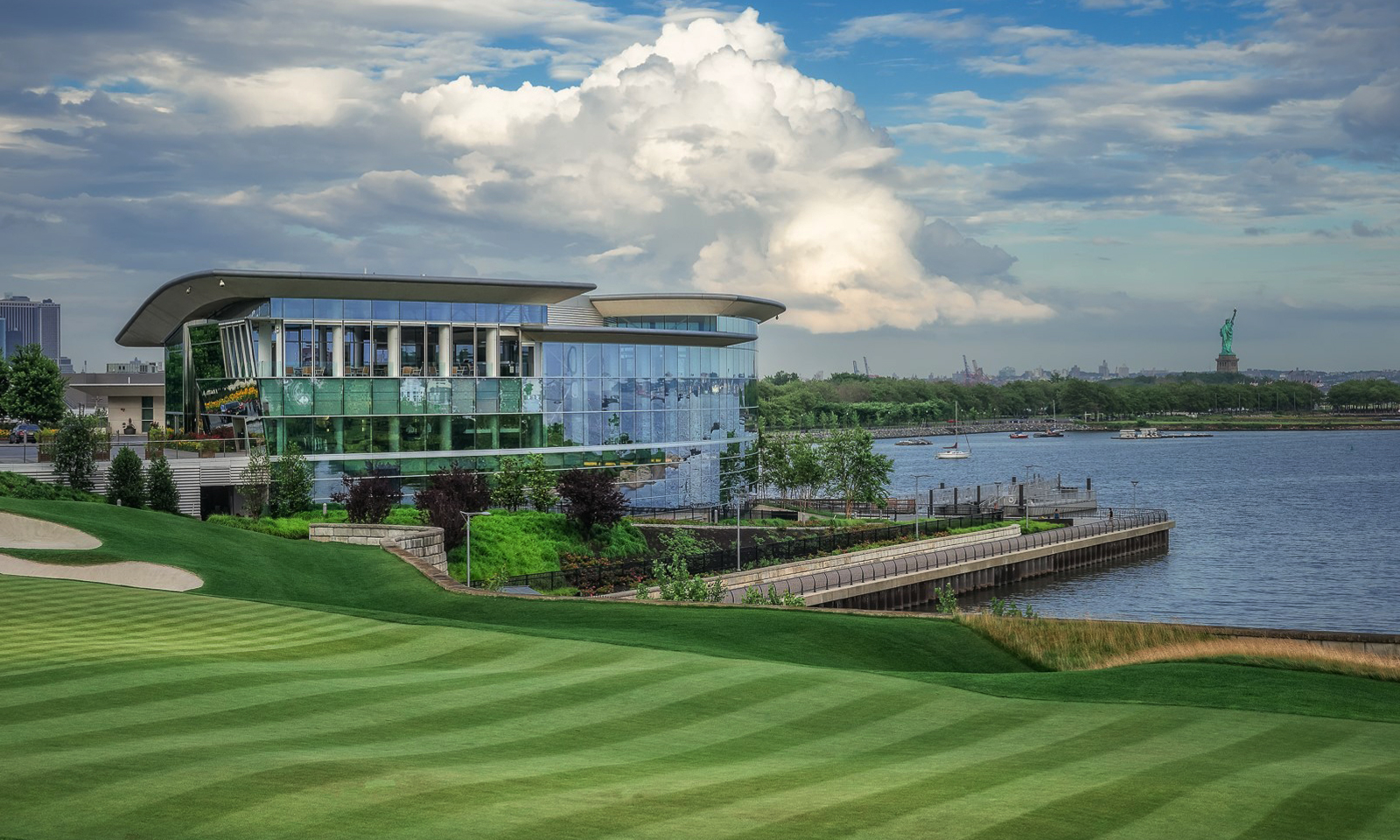 After the images were completed, the folks at the PGA Tour and IMG told me to send my images to Golfweek Custom Media, who published the event program.  I didn’t send images, but posted them all to an online gallery and sent the link to the contact I was given.  Within two hours I received a call from the said contact, saying they thought I was just shooting 3 holes, but that after seeing my work they wanted to discard what they had and use my images for the entire program because they felt they were better than the collection they had received from the Tour. Having my work validated by an organization that sees hundreds of golf course photographs every month was an important confidence builder and one that served me well as I continued building my career. 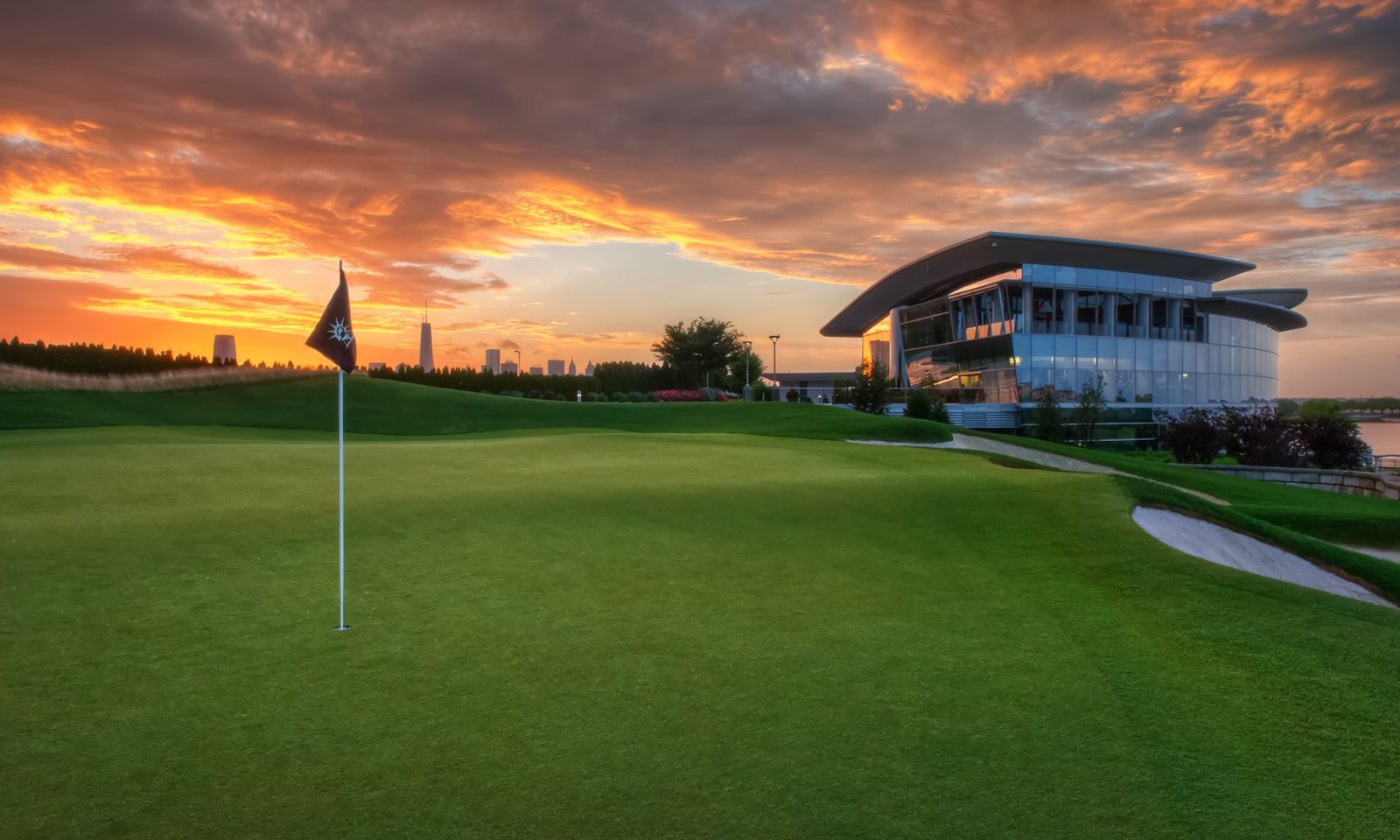 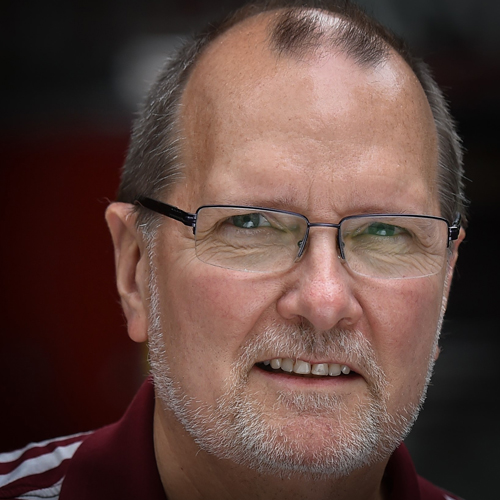 About Dave Sansom: Based in Atlanta, GA, Dave Sansom is an award-winning freelance golf course photographer, who works throughout the USA and in Asia. Dave is a preferred photographer for both Troon Golf and Marriott Golf.  Shooting public, private and resort courses, Sansom has experienced his fair share of world-class courses, including many PGA and USGA tournament venues. Dave was recently featured  in Worldwide Golf Shops’ blog post, “Top Golf Photographers”, featuring 35 golf photographers considered to be among the best in the world.