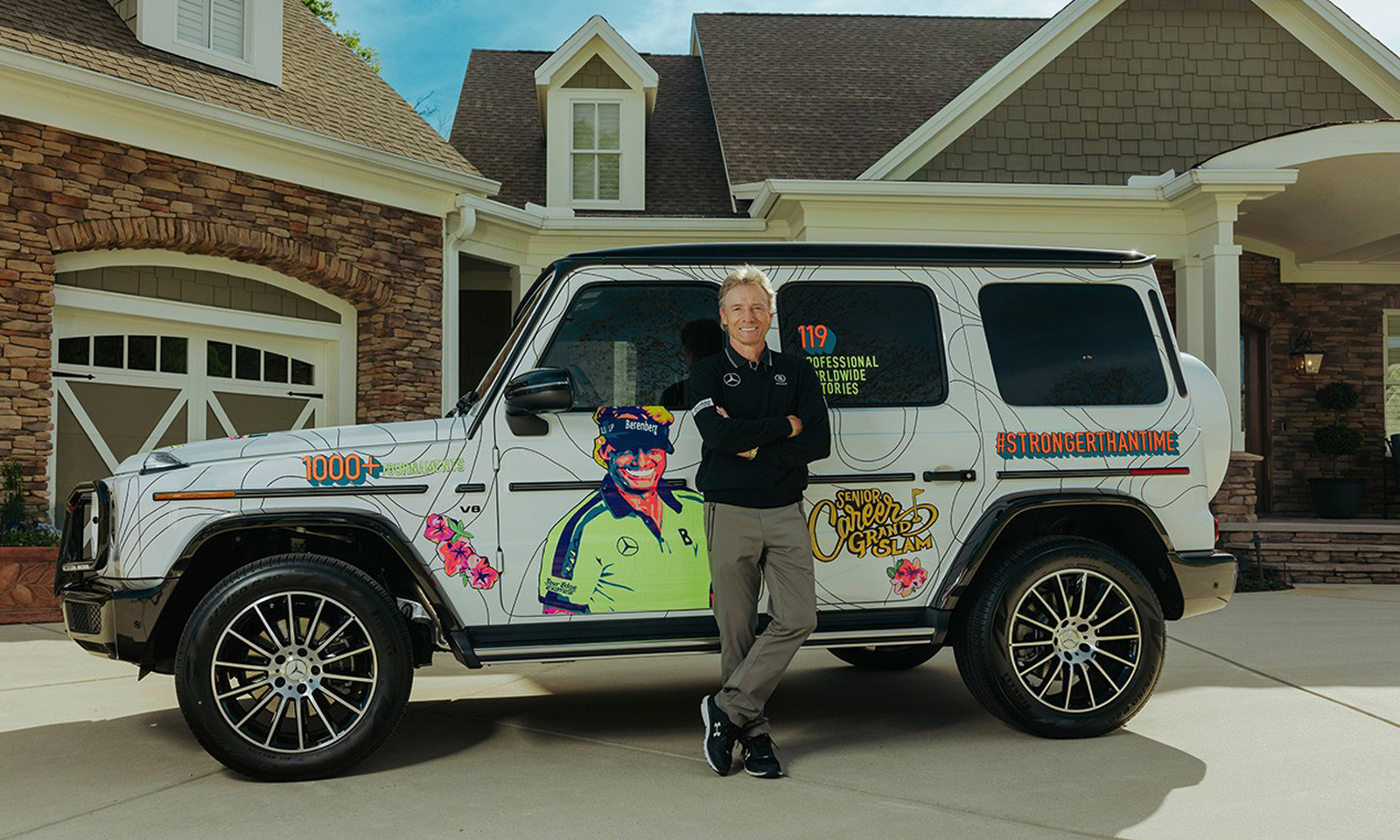 It isn’t every day that the best golfer representing his home country is honored by that country’s premier automaker, Mercedes-Benz. The Anhausen-born German golfer Bernard Langer won his first Masters Championship back in 1985, winning by two strokes. But 40 years ago, this year, Langer first competed in the Masters at Augusta National. He did not win the tournament in 1982, but he did succeed in 1985 and 1993. With numerous accomplishments under his belt, Langer has been heralded as one of the “Big Five” in the golfing world.

This year, 2022, is a landmark year for both Mercedes-Benz and Bernard Langer as Langer celebrates his 40th Masters anniversary, and the G-Class celebrates its 40th year off the assembly line. 40th anniversaries don’t come around often, so the legendary automaker decided to do something special.

To pay homage to this incredible anniversary, Mercedes-Benz curated an exciting and unique piece of rolling art. The automaker collaborated with world-famous tape artist Leah Abucayan. She created a one-of-a-kind story of the German golfer’s legendary career on a compelling medium, a brand-new Mercedes-Benz G-Class. 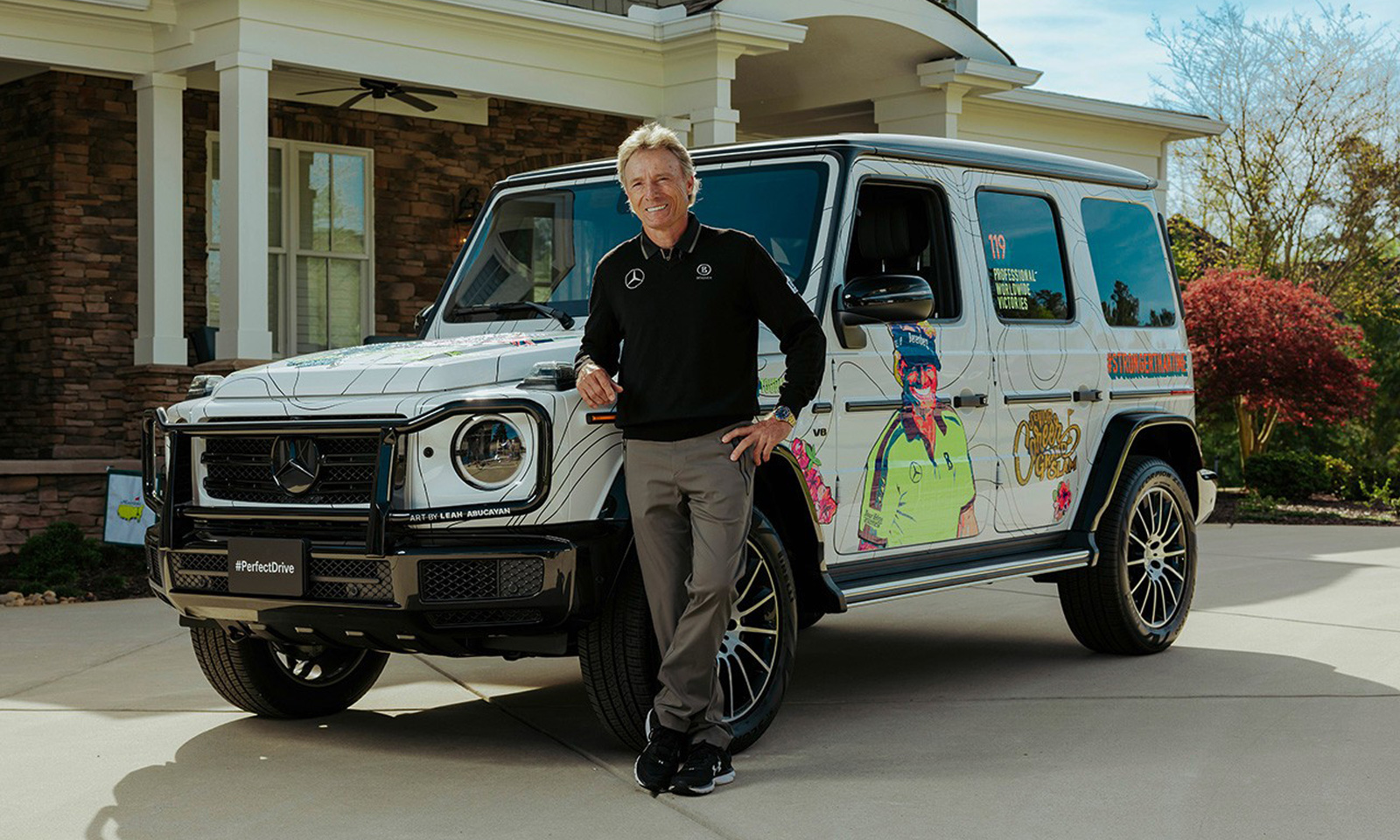 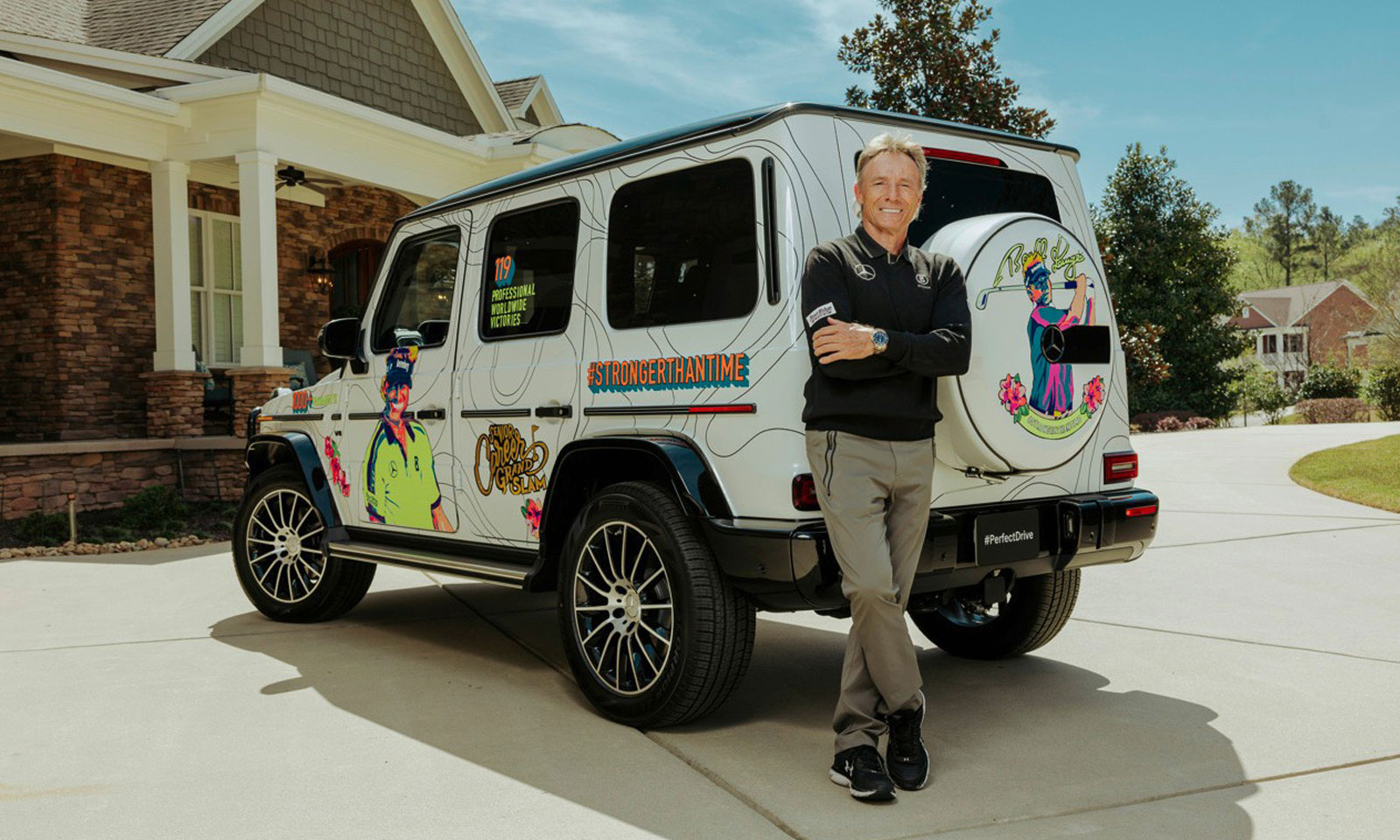 “Bernhard Langer and the G-Class have been shaping the spirit of the time for more than 40 years and are both emblematic of our “Stronger Than Time” campaign, said Bettina Fetzer, Head of Communications and Marketing at Mercedes-Benz. “This is how we honor two icons, Bernhard Lagner and the Mercedes-Benz G-Class.”

“I am delighted to receive this honor and am impressed by what has been created,” said Bernhard Langer. “I have a lot in common with the G-Class, which existed when I first competed in 1982. Since then, we’ve both stayed true to ourselves, while at the same time always moving with the times and constantly evolving.”

This year marks Mercedes-Benz’s 15th season of the men’s major tournaments. The brand has recommitted as one of the leading automobile sponsors, alongside its global brand ambassador Bernhard Langer, who proudly wears the famous star on his sleeve.