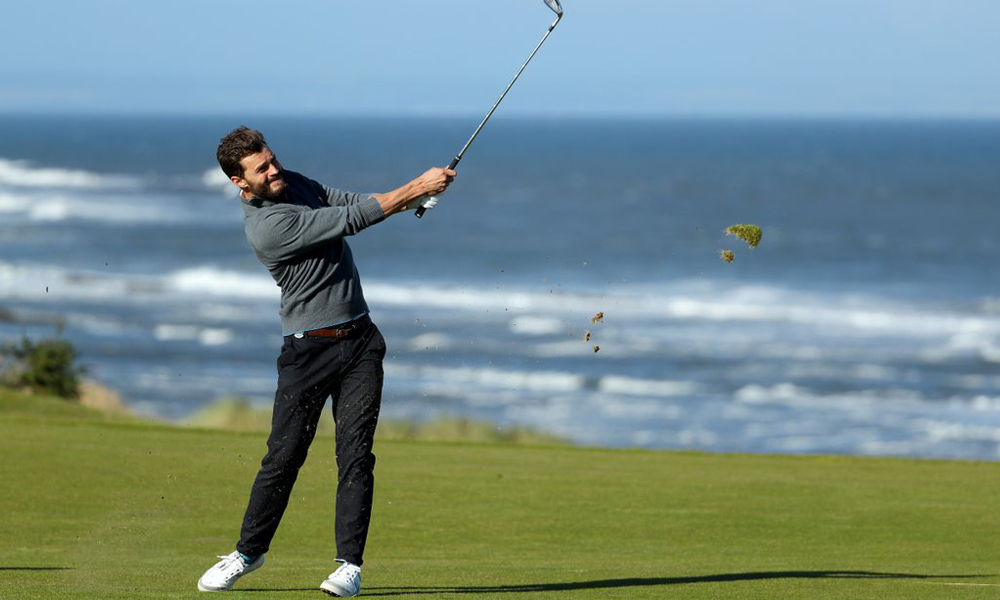 A dazzling cast from the world of entertainment took center stage for a challenging weekend of charity golf this past autumn, where they competed at the annual Alfred Dunhill Links Championship at St Andrews, the birthplace of golf.

With a whopping prize fund of US$5 million, the Alfred Dunhill Links incorporates an individual professional tournament for the world’s leading golfers and a team championship in which the professionals are paired with the amateur golfers which creates a unique atmosphere.

The Alfred Dunhill Links Championship is one of the world’s leading golf events.  It is a magnet for golfers from every corner of the globe. The 3-day tournament is played over three magnificent courses – the Old Course (St Andrews), the Championship Course, Carnoustie (near Dundee) and Kingsbarns Golf Links (10km south of St Andrews).

The championship helps to raise money for the Alfred Dunhill Foundation, which is committed to developing young amateur golfers in Scotland and South Africa and also supports the University of St Andrews and the St Andrews Pilgrim Foundation, which refurbishes and preserves historical monuments in the town.

The 2017 Alfred Dunhill Links Championship will take place from October 5-8. Admission is free for all spectators over the first three days with final day tickets on Sunday, October 8 available to purchase.

In this article:Fifty Shades of Grey Star Jamie Dornan