With the 2014 Ryder Cup held at the the luxurious Gleneagles in Perthshire, Scotland, golf is front and center in the British Isles. Players have a unique opportunity to tee off on a variety of gorgeous courses, containing some of the most beautiful countryside, often accompanied by renowned hotels, on any number of Britain’s 2,500 courses in settings that evoke the game’s beginnings.

Spectacular coastal views, five-star hotels, historic towns; a golf course in Great Britain has so much more to offer the golf enthusiast than fabulous fairways and creative challenges. Whether you’re looking for a course that is part of a luxury resort, or a course where champions once achieved holes in one, check out these nine great courses around the Isles that are also within easy reach of attractions to visit once the 18 holes are completed. 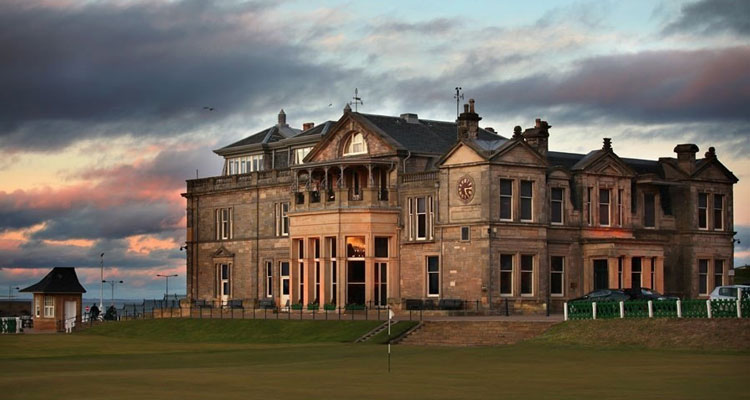 St Andrews is the home of golf. It’s an hour by train from Edinburgh to Leuchars station then a ten-minute taxi ride. The famous par-72 Old Course is so popular tee-off times have to be balloted! But don’t worry because there are six other courses around town, the newest of which opened in 2008, as well as some other lovely ones nearby outside picturesque villages such as Anstruther, Elie and Crail. The town of St Andrews itself is a real gem and home to both the British Golf Museum and Scotland’s oldest university, where both the Duke and Duchess of Cambridge studied. www.visitstandrews.com 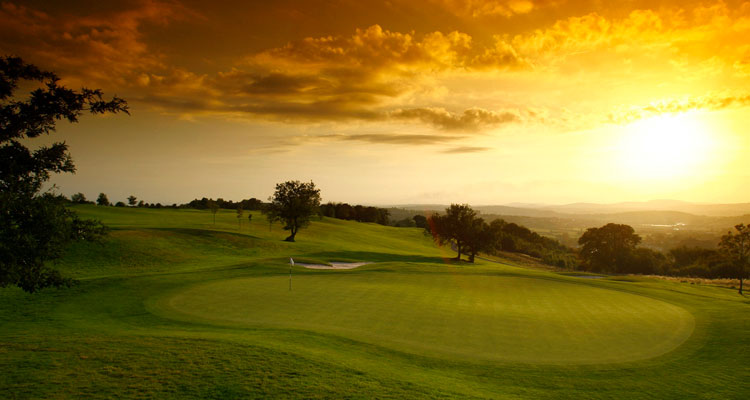 Located in south Wales The Celtic Manor hosted the Ryder Cup in 2010. The resort is just outside Newport, which is a two-hour train ride from London’s Paddington station. There are three championship 18-hole golf courses at the resort; the stunning Twenty Ten Course hosted the Ryder Cup. Furthermore, you are not far away from cosmopolitan Cardiff or the beauty of the Brecon Beacon hills and some of the finest gastropubs in Wales. www.celtic-manor.com 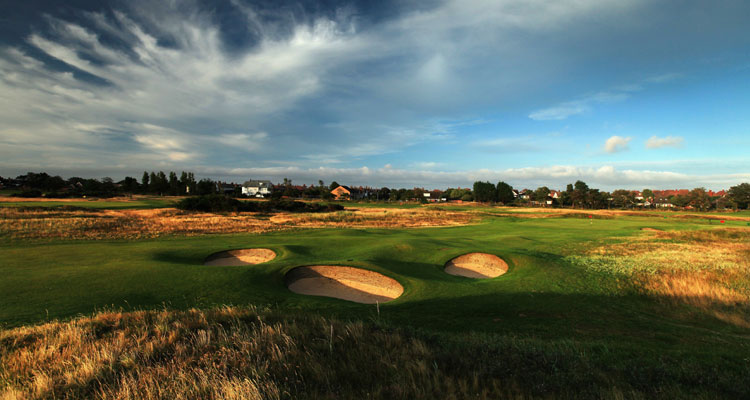 Situated on the Lancashire coast of England, Royal Lytham and St Annes are just six miles south of Blackpool (around three hours by train from London) and has hosted the Open Championship. It was founded in 1886 and is considered one of the premier links courses in the world. It’s also hosted the Ryder Cup twice. www.royallytham.org 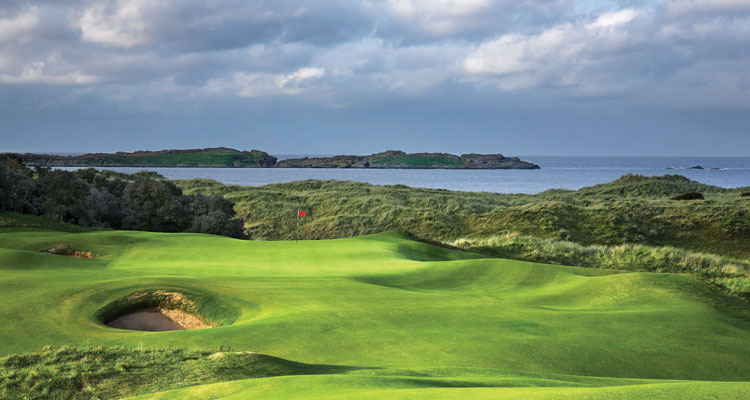 An hour and a quarter’s drive from Belfast, in Coleraine, Northern Ireland, Royal Portrush Golf Club is one of the most challenging links courses in the world and the only club in Ireland to have hosted the Open Championship. It’s just ten miles along the coast to the Giant’s Causeway the result of an ancient volcanic eruption and a UNESCO World Heritage Site. About an hour by car, visit Derry-Londonderry, which was the UK City of Culture 2013. www.royalportrushgolfclub.com 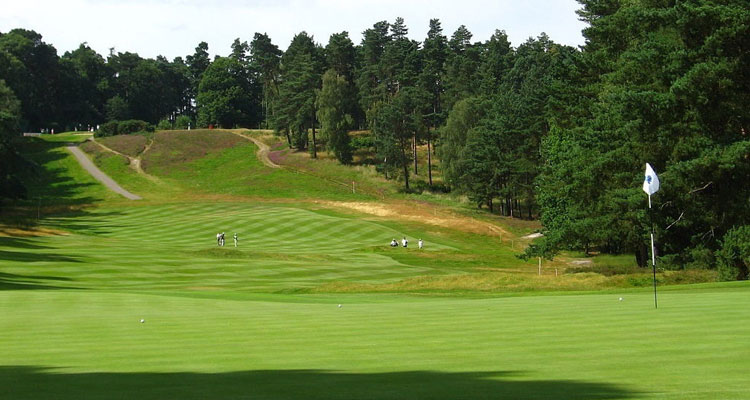 Just a half hour’s drive away from London Heathrow airport, you could easily play 18 holes at Sunningdale Golf Club if you are staying in the capital. It’s said that the course here is the closest American visitors will find to the iconic Augusta National Golf Club – but, in fact, there are two championship ones here, the Old and New courses, so why not play both? www.sunningdale-golfclub.co.uk 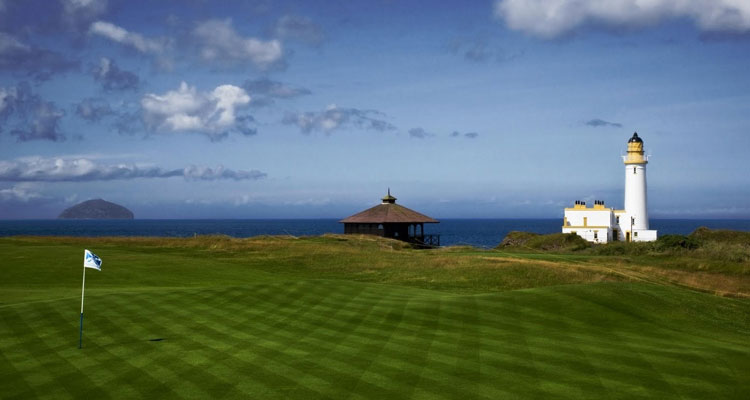 On the coast of south Ayrshire – just over an hour by road from Glasgow, Scotland’s largest city – Turnberry, founded in 1902, has spectacular views toward the islands of Ailsa Craig and Arran. On a clear day, you can even see Ireland. The Turnberry Resort Hotel has a luxurious spa and fitness center to soak weary limbs after a tough day on the links. www.turnberrygolfclub.net, www.turnberryresort.co.uk 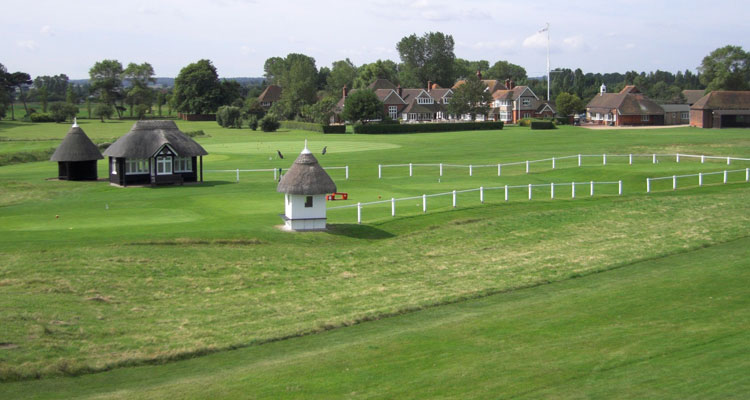 Royal St George’s in Kent is on the coast north of Dover, about two hours by car from London. Founded in the 1880s, it hosted the Ladies British Open Amateur Championship this June and in 2011 hosted the Open Championship for the 14th time. Its undulating fairways and fast greens can prove a test for even the most determined golfer. Kent is known as ‘the garden of England’ and a day spent on the course could be followed by time spent discovering one of the prettiest corners of the country. www.royalstgeorges.com 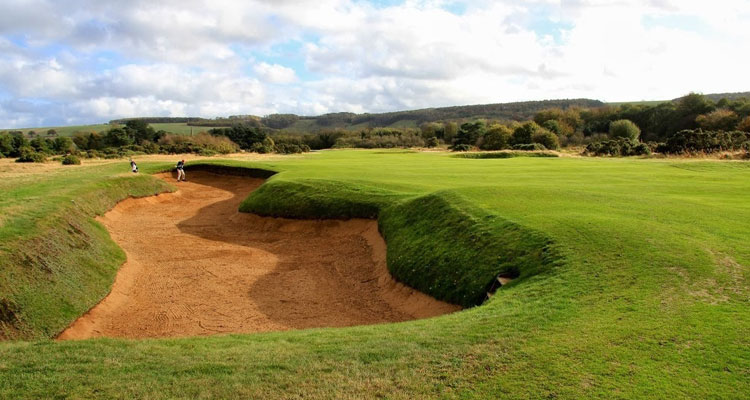 Founded in 1891, Ganton golf club in North Yorkshire, England, has hosted many amateur and professional tournaments. This course is ideally placed to discover the beautiful Yorkshire coast as well as the North York Moors and Wolds – which has inspired artists such as David Hockney – not to mention the 2,000-year-old city of York is a 45-minute drive away. Ganton is around an hour by train from Leeds and three hours from London. www.gantongolfclub.com 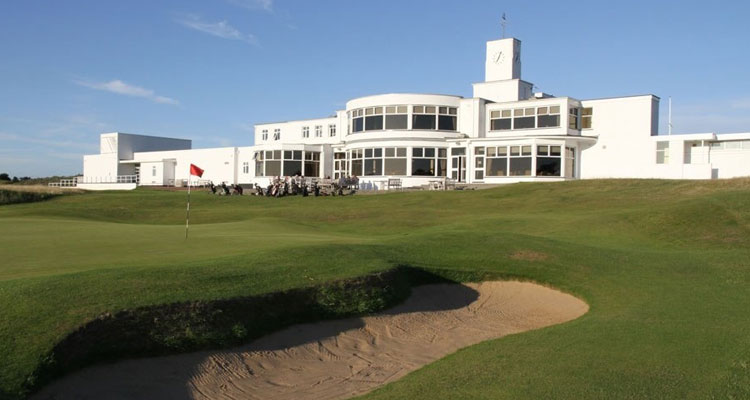 A short 35-minute drive north of Liverpool on the north-west coast of England, Royal Birkdale will host the Senior Open Championship this year. This beautiful links course is a favorite of many. Not far from Liverpool is the whole of England’s ‘Golf Coast’, which encompasses 20 golf courses, including three Royal courses; as well as Royal Birkdale there’s Royal St.Lytham and St.Anne’s in Lancashire, and Royal Liverpool at Hoylake on the Wirral Peninsula, the second oldest seaside links course in England. It would be easy to combine a visit here with a stay in vibrant Liverpool or Manchester or explore the gorgeous countryside of the Lake District or the Yorkshire Dales National Park by car. www.royalbirkdale.com

FIND OUT MORE ABOUT GREAT BRITAIN AT VISITBRITAIN.COM

In this article:Top 9 Great Courses In Great Britain