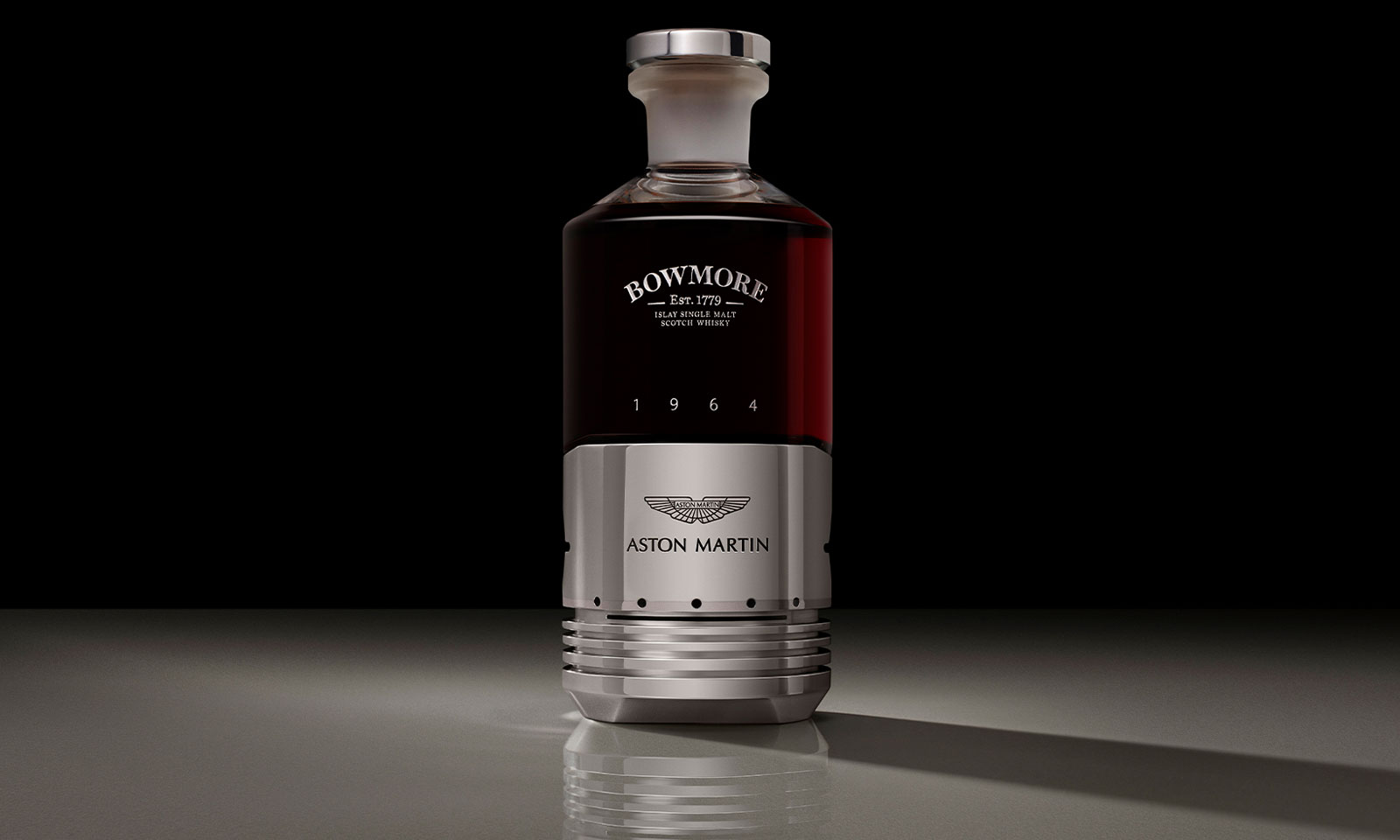 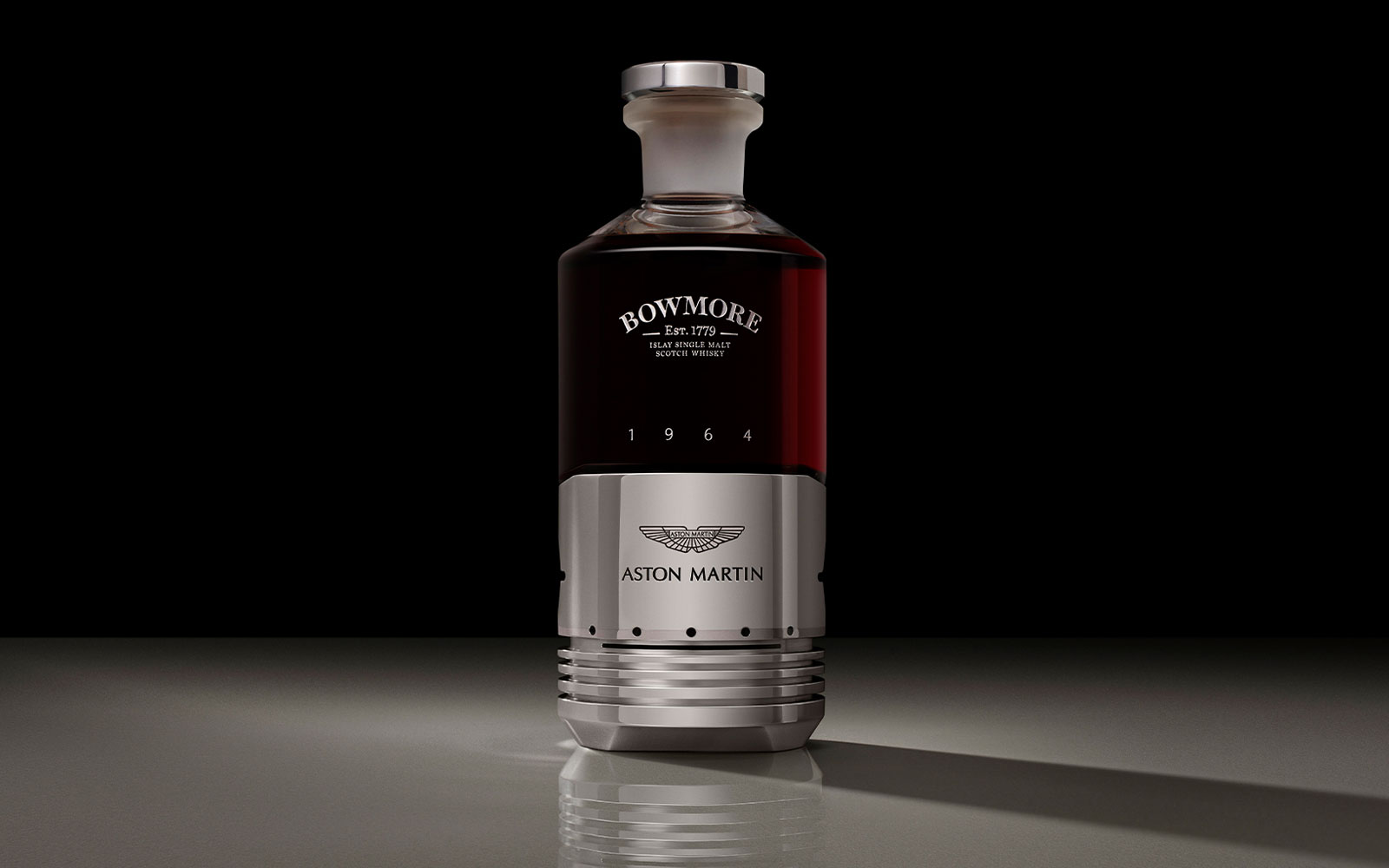 A beautifully inspiring masterpiece, this unique, handcrafted vessel houses an equally rare single malt – Black Bowmore 1964. Inspired by the past, but genuinely breathtaking in today’s world, the significance of 1964 is paramount. This represents a defining era of evolution for both Bowmore and Aston Martin. Both companies made changes that would lead to the birth of some of their most iconic creations. 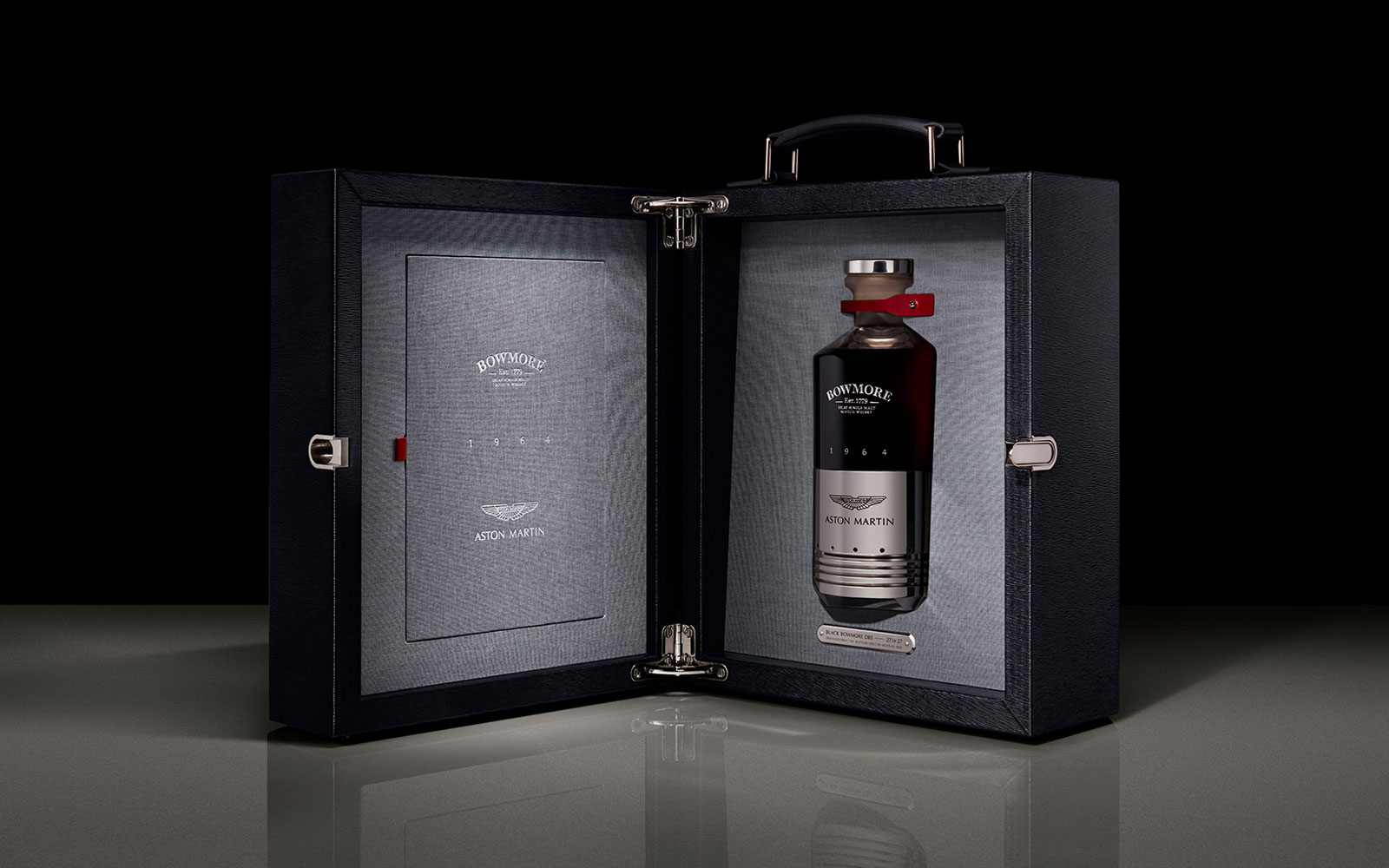 Bowmore is the oldest distillery on the Isle of Islay, Scotland, where some of the most legendary and collectible whiskies are created. With only 25 bottles available to buy, Black Bowmore DB5 is an exceptionally rare celebration of time, commemorating a definitive moment in history for both Bowmore and Aston Martin. It is also a celebration of shared values and passions, showcasing great innovation and invention.

Black Bowmore 1964 is a striking concept that brings together an iconic whisky and a legendary car in a bottle of equal parts. It features exceptional single malt and a genuine Aston Martin DB5 piston. 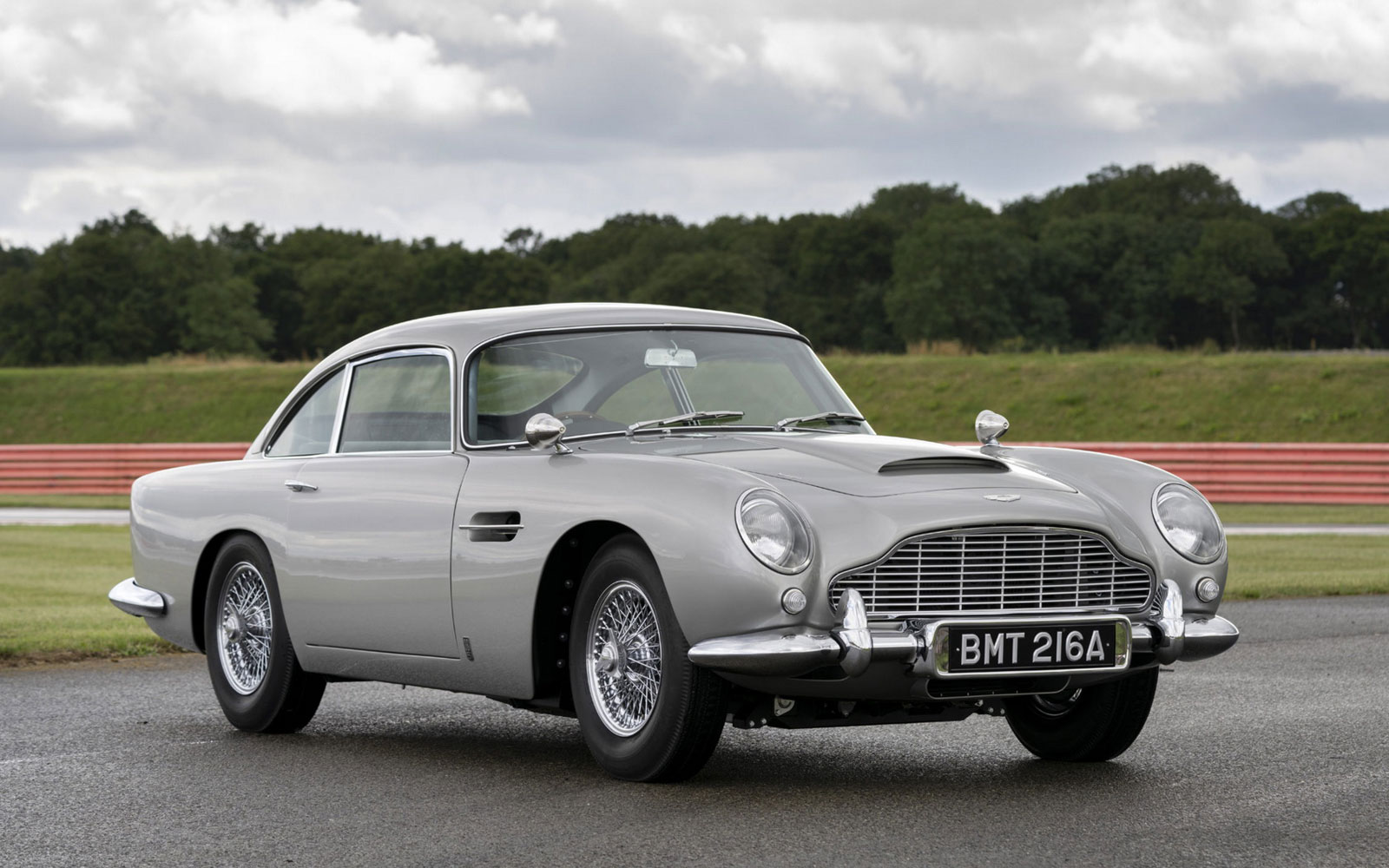 The iconic Aston Martin DB5 is among the best-known cinematic James Bond car in the world. It first appeared in the James Bond film Goldfinger in 1964.

On the Eye: Deep obsidian black.

Taste: Intense ﬂavors of mango, passion fruit, and acacia honey interwoven with a powerful combination of coffee and tobacco smoke.​

Savor: A wonderfully long and decadent ﬁnish with tropical fruits and spice, deﬁning over 240 years of craftsmanship.