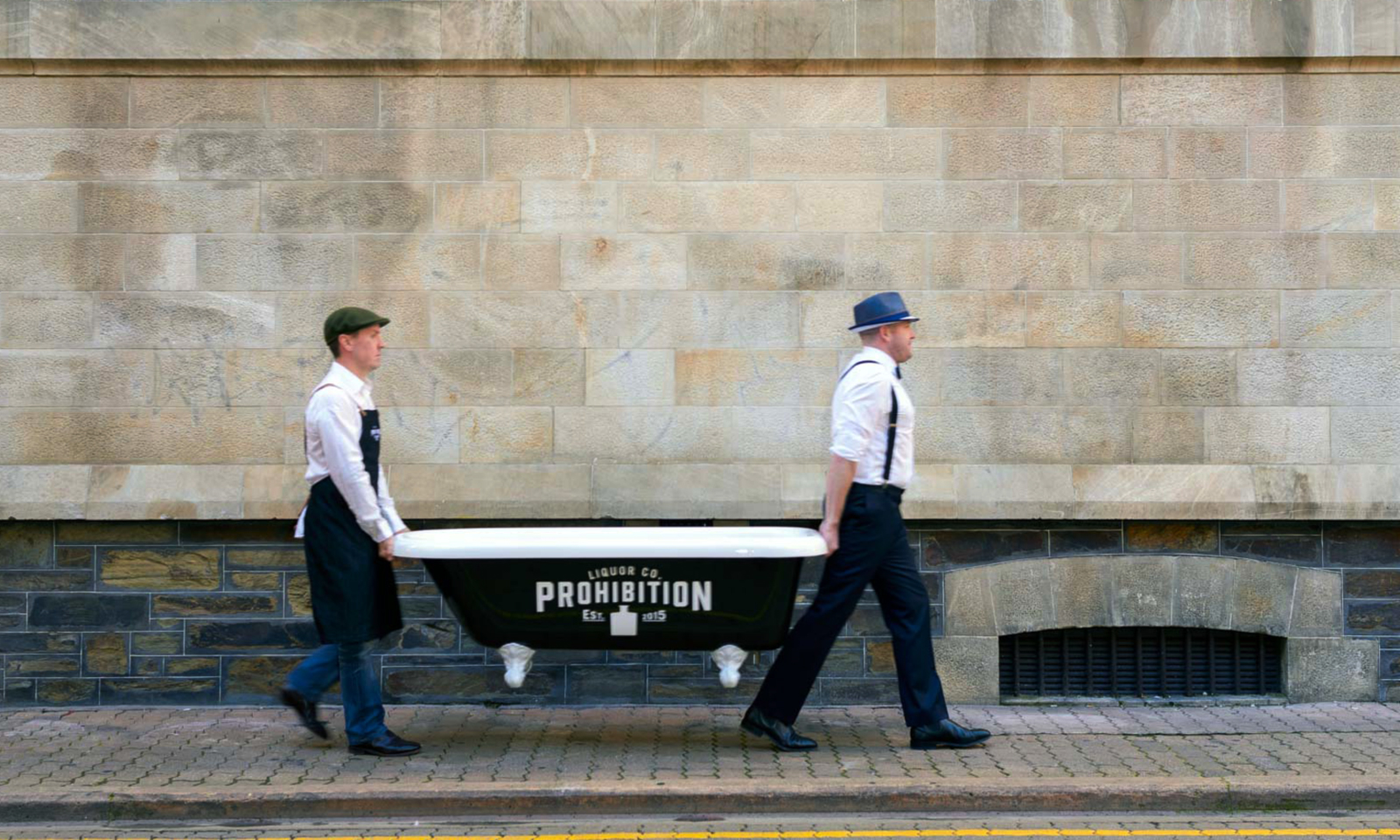 Gin Surge Gives Rise to Prohibition- With the introduction of prohibition in the 1920s, a shadowy, underground industry sprang into existence. Its aim? To give the people what they wanted most. Gin was the liquor of choice, produced by clandestine, bootleg spirit makers. One hundred years later, their spirit lives on at the Prohibition Liquor Co. But while the Boutique South Australian small-batch gin distiller may echo that of the bootleggers, their artisan philosophy and obsession with only using the world’s finest botanicals result in an altogether more sophisticated and premium end result.

Their craftsmanship and hard work has been rewarded, with a Navy Strength Gin believed to be the most potent in the Southern Hemisphere, which has been awarded an international Gold Medal less than a month after it was launched. The Prohibition Liquor Co collected the award for its Bathtub Cut Gin – the highest over-proof gin ever produced in Australia – at the Melbourne International Spirits Competition. The 69 percent gin was released in June 2016, and follows the success of the company’s 42 per cent original small batch premium Prohibition Gin, which was launched in December 2015.

The gin is made under contract by Brendan Carter at Applewood Distillery in the Adelaide Hills and transported to the company’s base in an inner Adelaide suburb where it is bottled and labeled by hand.

Carpenter, a graphic designer by trade, said the Prohibition theme was an appropriate fit as he and Heddles referred to themselves as bootleggers.

“From a branding perspective it was playing on the mystique of the prohibition era but still being contemporary, high quality and at a premium shelf price.

“We believed that bootlegging philosophy for us was right. Gin’s the fastest growing spirit in the world and this growth in gin demand is unforeseen since prohibition days so it’s like the new era prohibition.”

Carpenter said the biggest challenge was to make the over-proof gin drinkable neat at 69 percent. “The main element that really does the work for making it approachable is cassia bark, Chinese cinnamon, which helps to take the heat away,” he said.

“We’ve also put star anise in there and really pushed up the wormwood, stripped back some of the other elements and punched up the citrus.

“Everything had to be punchier because at 69 percent you’re combatting a lot of alcohol.”

It surpasses West Winds’ Captain’s Cut (63 percent) and Four Pillars’ Navy Strength (58.8 percent) as the strongest gin in Australia. Carpenter said he believed it to be the strongest in the southern hemisphere.

“It’s completely different to anything else on the market, which is great. The over-proofs are really seeing a spike in demand and there’s definitely a thirst for it.

“It’s not in your face – people taste it and say they can’t believe it’s 69 percent because it’s so approachable.”

Prohibition Gin is packaged in bottles imported from France, sealed with Italian corks and feature quirky inside out labels.

“We’ve bottled about 1500 bottles of our original gin and now winning that Gold we know the demand will be there for the Bathtub Cut. We’re bottling our second batch now to make sure so we’ve got enough product,” Carpenter said.

“It’s certainly outstripped anything we thought we would be doing.

“I’ve got friends who are winemakers and they sort of see us like tourists in the booze trade, we just sort of jumped in not really knowing what we were doing but it’s working and we’re enjoying every minute of it.”

The original Prohibition gin retails for $89 a bottle while the Bathtub Cut is priced at $115.

In this article:Gin Surge Gives Rise to Prohibition