The Fast-Lane With Margot Robbie 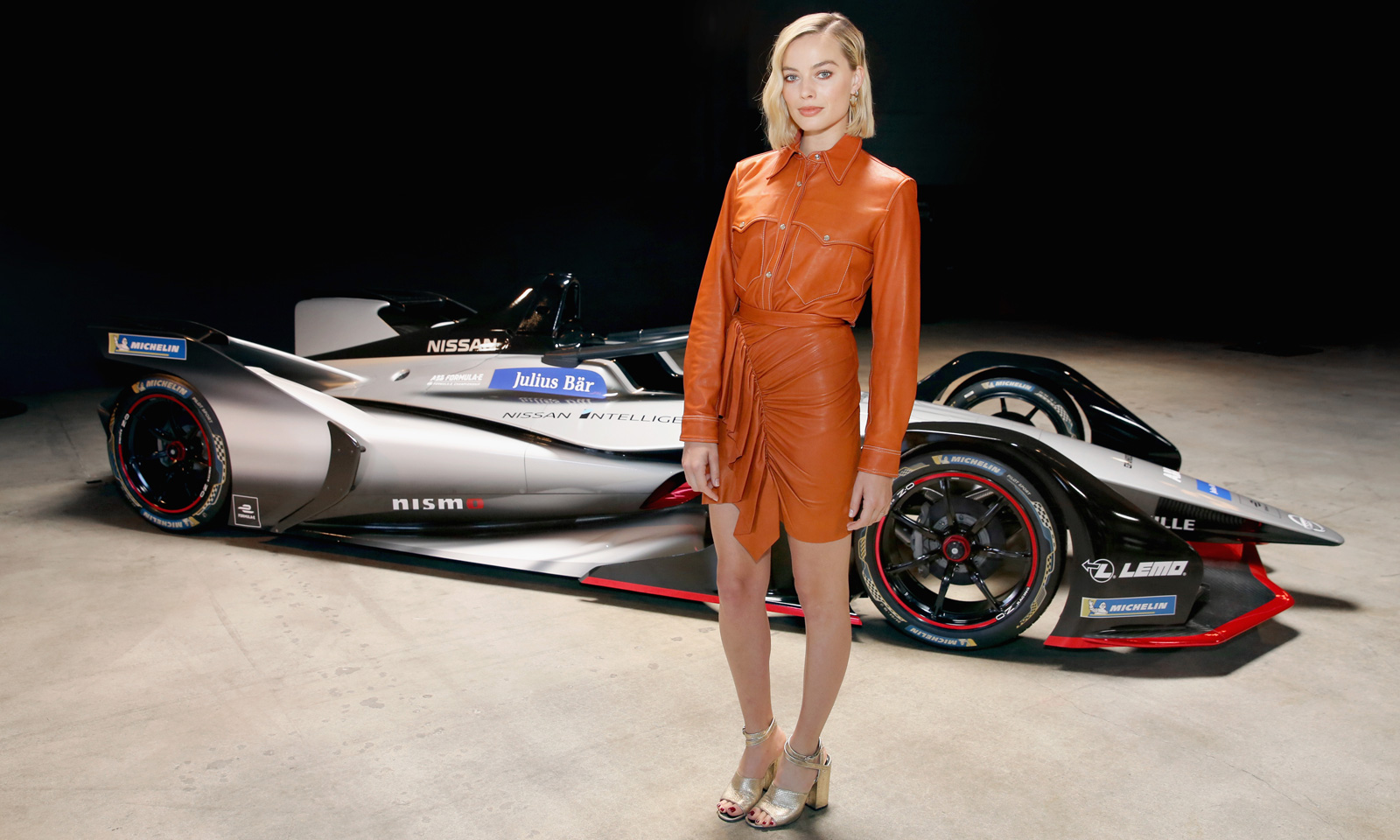 Time magazine named Margot Robbie as one of the 100 most influential people in the world in 2017. Forbes featured her in their 30 Under 30 list.  Most recently, the Australian actress was nominated for best ‘Actress in a Leading Role’ in the 2018 Academy Awards. When she isn’t on the set filming her next Hollywood blockbuster, Margot Robbie is helping to save the planet, as Nissan’s Electric Vehicle and Sustainability Ambassador.

Margot Robbie says: “The world is going electric, but the sad fact is that so many people around the world still don’t have access to a reliable source of electricity at all.” So, Robbie has teamed up with Nissan to help make a difference to people’s lives and help build a cleaner, safer, fairer future for everyone.

Nissan recently completed its Formula E launch tour in Los Angeles with an event led by Margot Robbie, the company’s electric vehicle and sustainability ambassador, heralding an exciting era for Nissan as it enters the ABB FIA Formula E Championship.

First revealed at the Geneva Motor Show to high acclaim, followed by its U.S. debut at the New York Auto Show, the Nissan Formula E car was shown to an array of VIP guests in L.A. 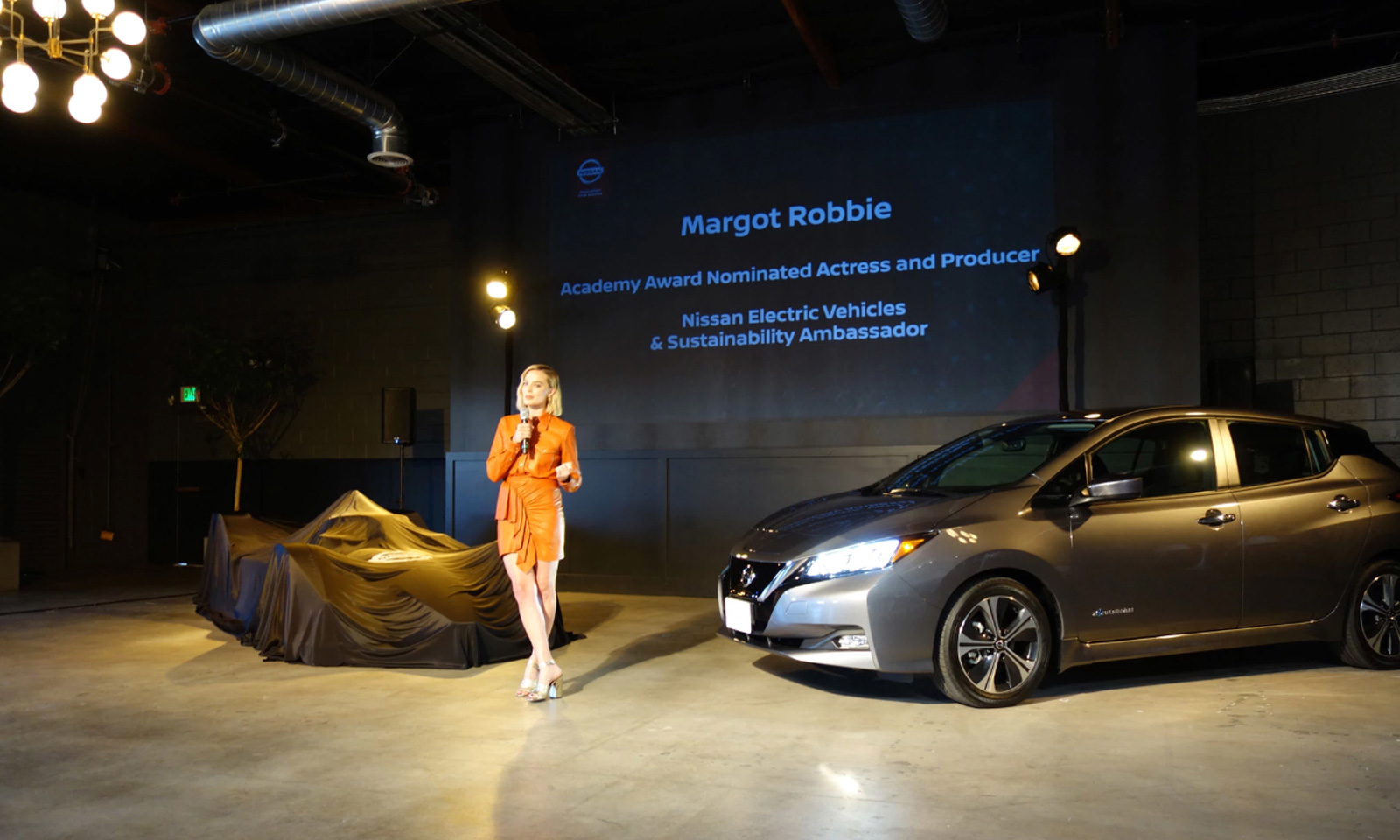 Robbie spoke at the event about her experience driving electric

At the Formula E Concept debut in Los Angeles, Robbie also talked about her pride in serving as an ambassador for Nissan’s electric vehicles. “I’ve already seen many of Nissan’s initiatives, designed to bring cleaner air to roads and fairer access to power across the globe. And now, we have this – a fantastic new Formula E car,” she said. “I’m excited to see how it will help Nissan develop its EV offering further and bring new and exciting technologies to communities across the world,” says Robbie. 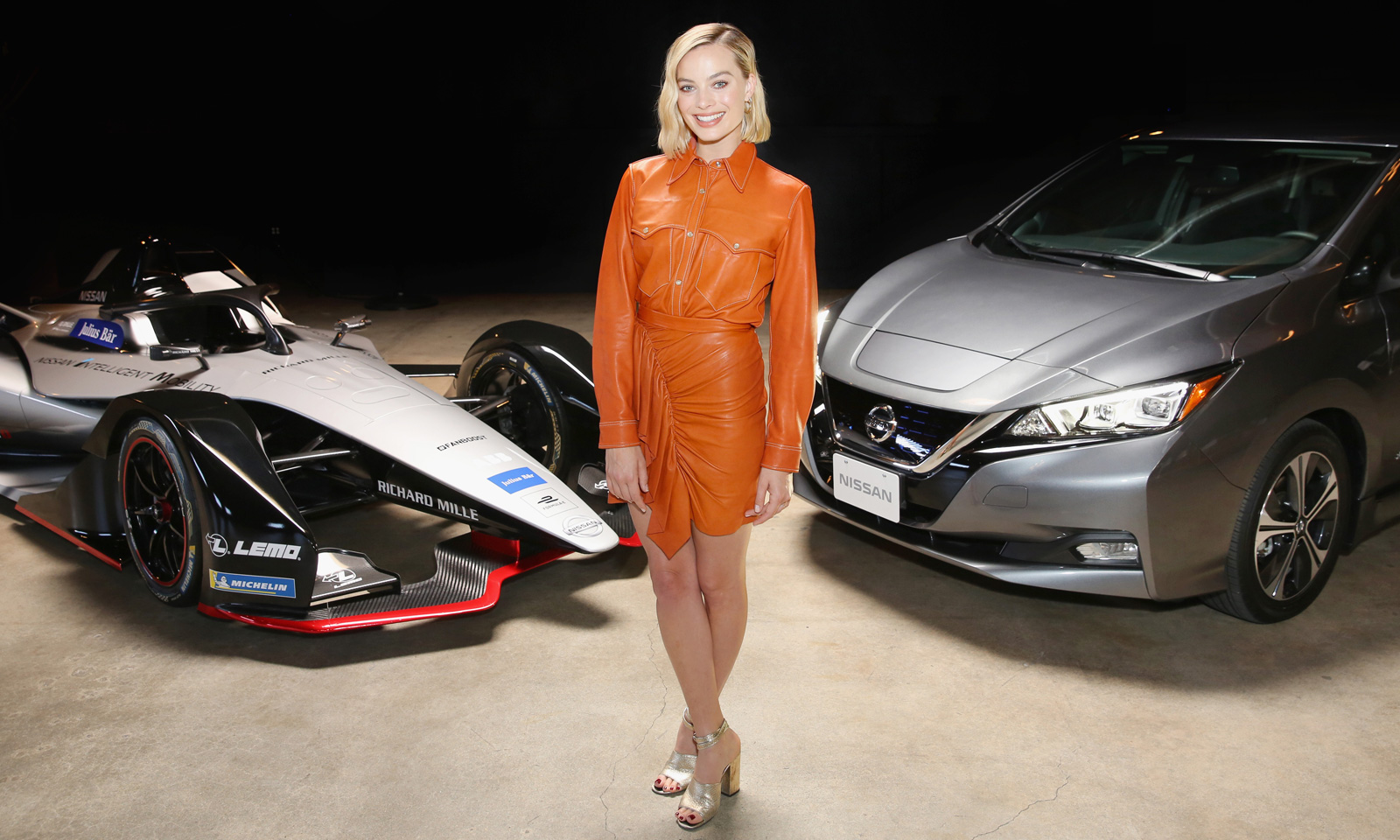 The entry is the latest expression of Nissan Intelligent Mobility, the company’s vision for changing how cars are driven, powered and integrated into society.

“Nissan is proud to be a leader when it comes to ingenuity and innovation in EV technology, with more than 300,000 Nissan LEAF vehicles sold worldwide. So taking on the challenge of Formula E is a natural extension, and we’ve been proud to have Margot Robbie helping us take that message to a global audience,” said Daniele Schillaci, executive vice president of Nissan Motor Co., Ltd. “Our Nissan engineers look forward to racing in Formula E as they develop our future EV technologies. And to be able to race in major city centers around the world makes it a perfect platform to showcase Nissan Intelligent Mobility.”

Michael Carcamo, Nissan’s global motorsport director, concurs. “Entering the ABB FIA Formula E Championship gives Nissan a key development platform for our EV technologies,” he said. “Using the same streets that our LEAF customers also commute on as race tracks has real benefits for customers – we’ll be able to take on real road conditions with our race cars – and we can share what we’ve learned as we tune our latest electric vehicles.” 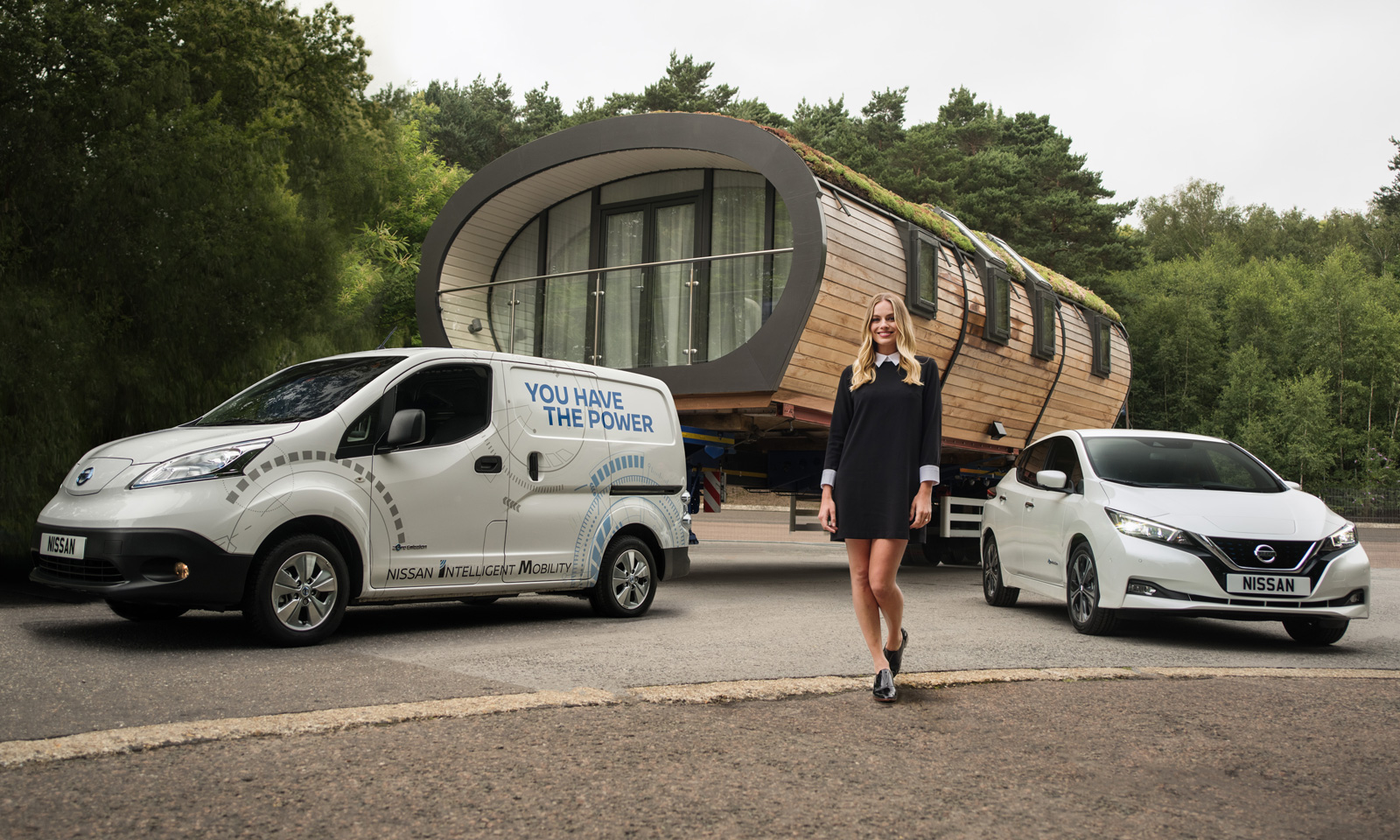 In October, Robbie announced three new Nissan sustainability pilot projects that aim to harness the skills and ingenuity of Nissan’s global workforce to improve energy access and disaster relief. One is to build a microgrid system to provide power for local communities in developing countries that don’t have sustainable access to energy; another seeks to partner with organizations in vulnerable areas to find ways that Nissan and its technologies can help during natural disasters.

Season five of the Formula E series is expected to begin in December 2018 and will visit major cities around the world including New York, Paris, Berlin, Rome, Zurich and Hong Kong. 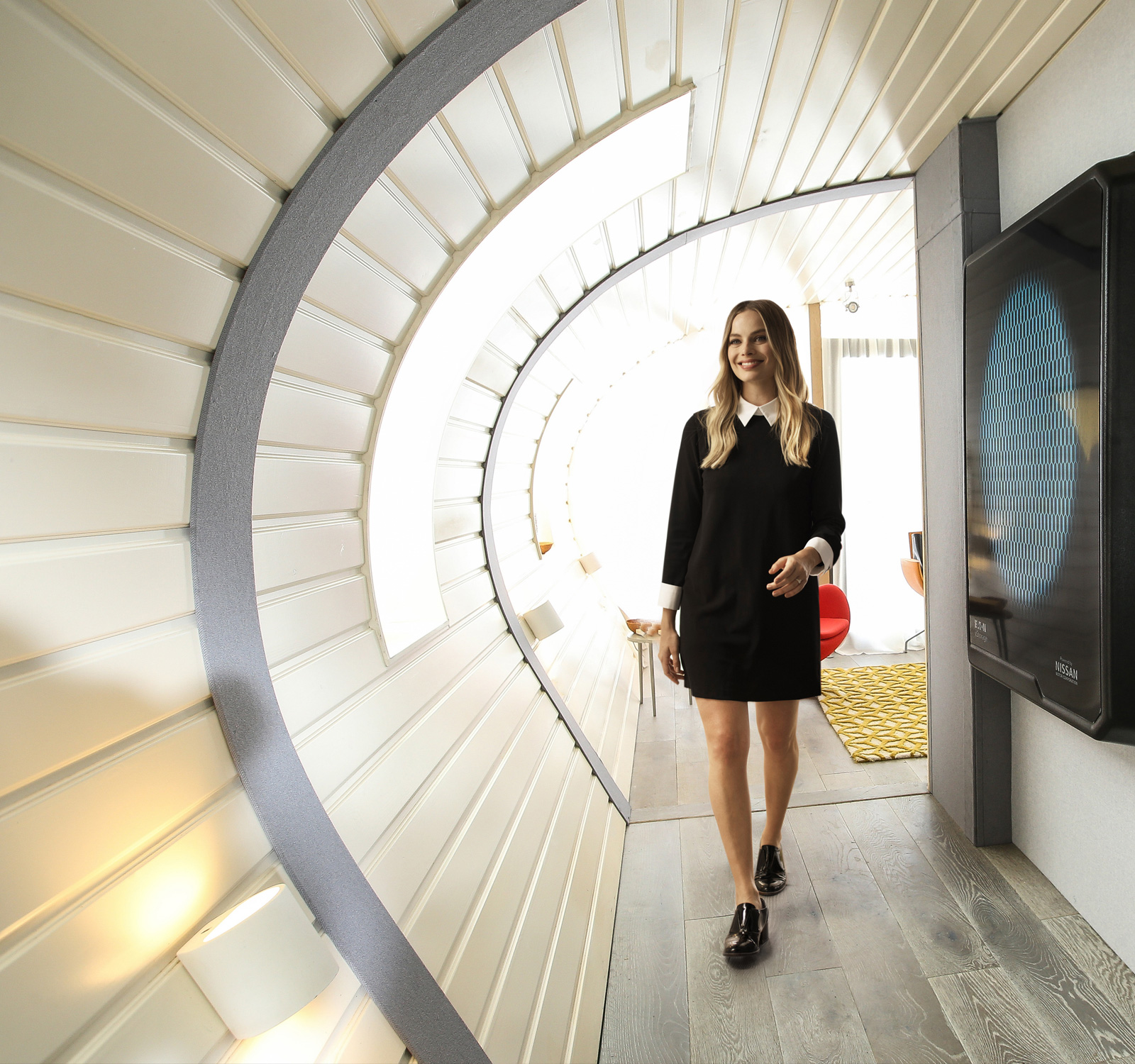 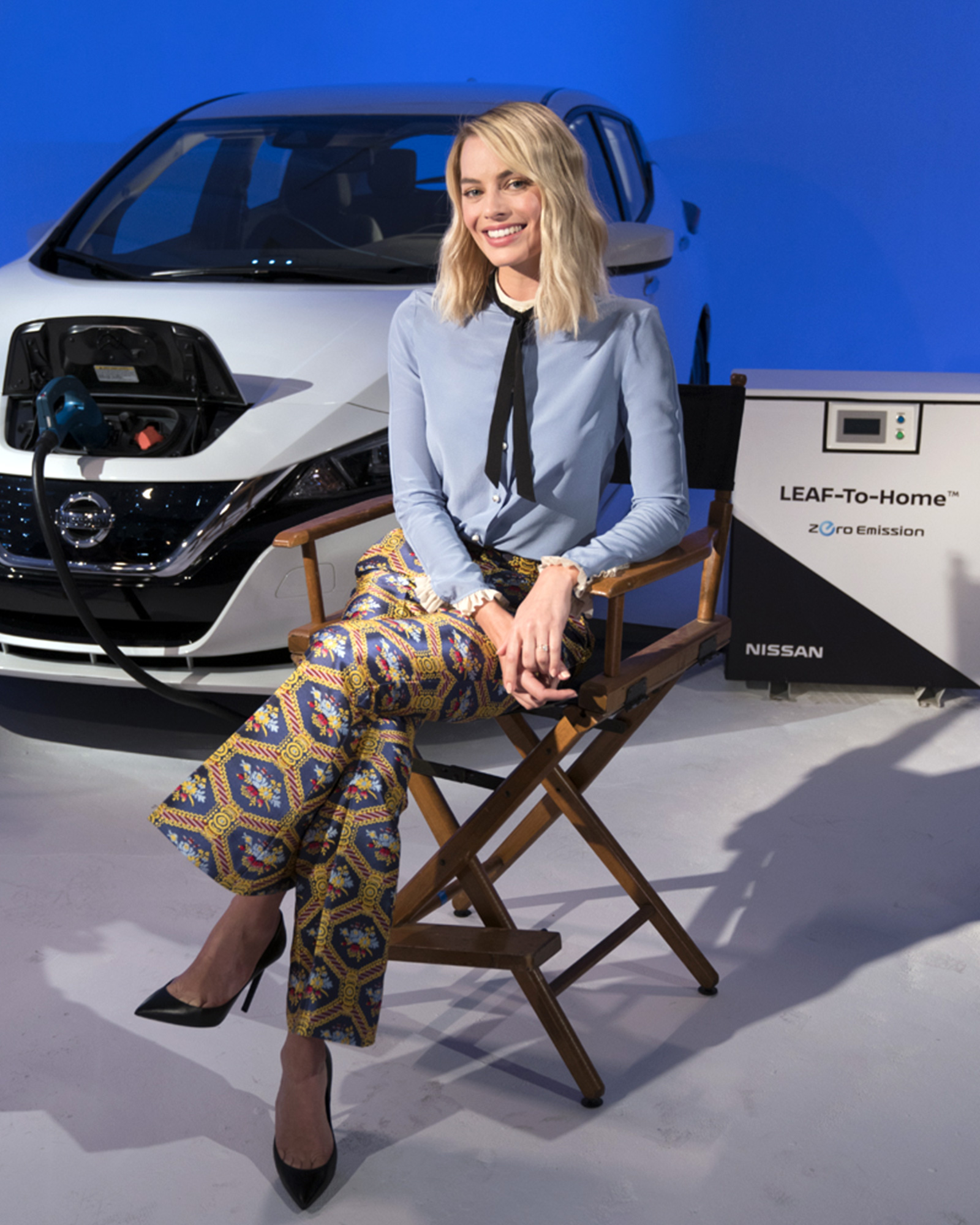 In this article:Featured, Margot Robbie