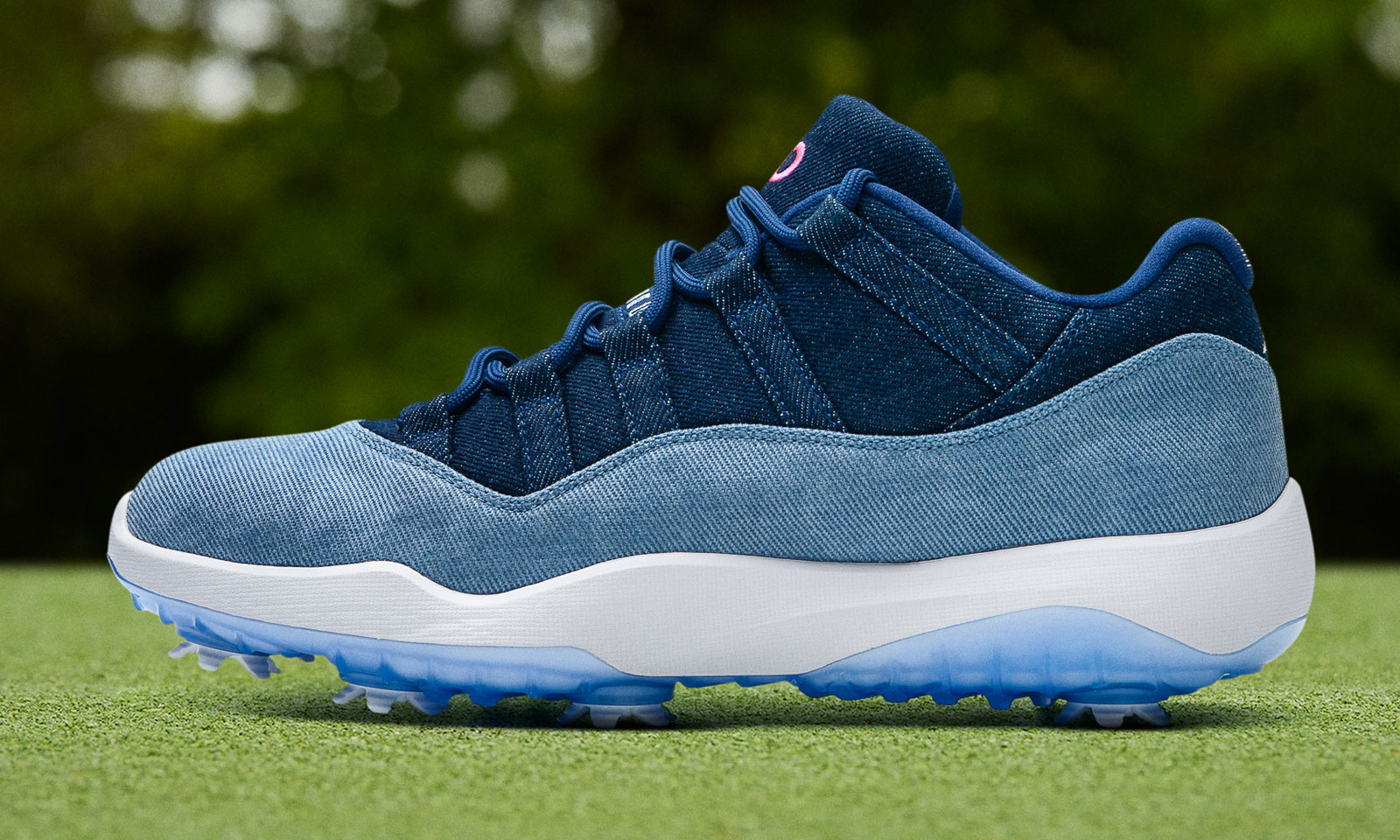 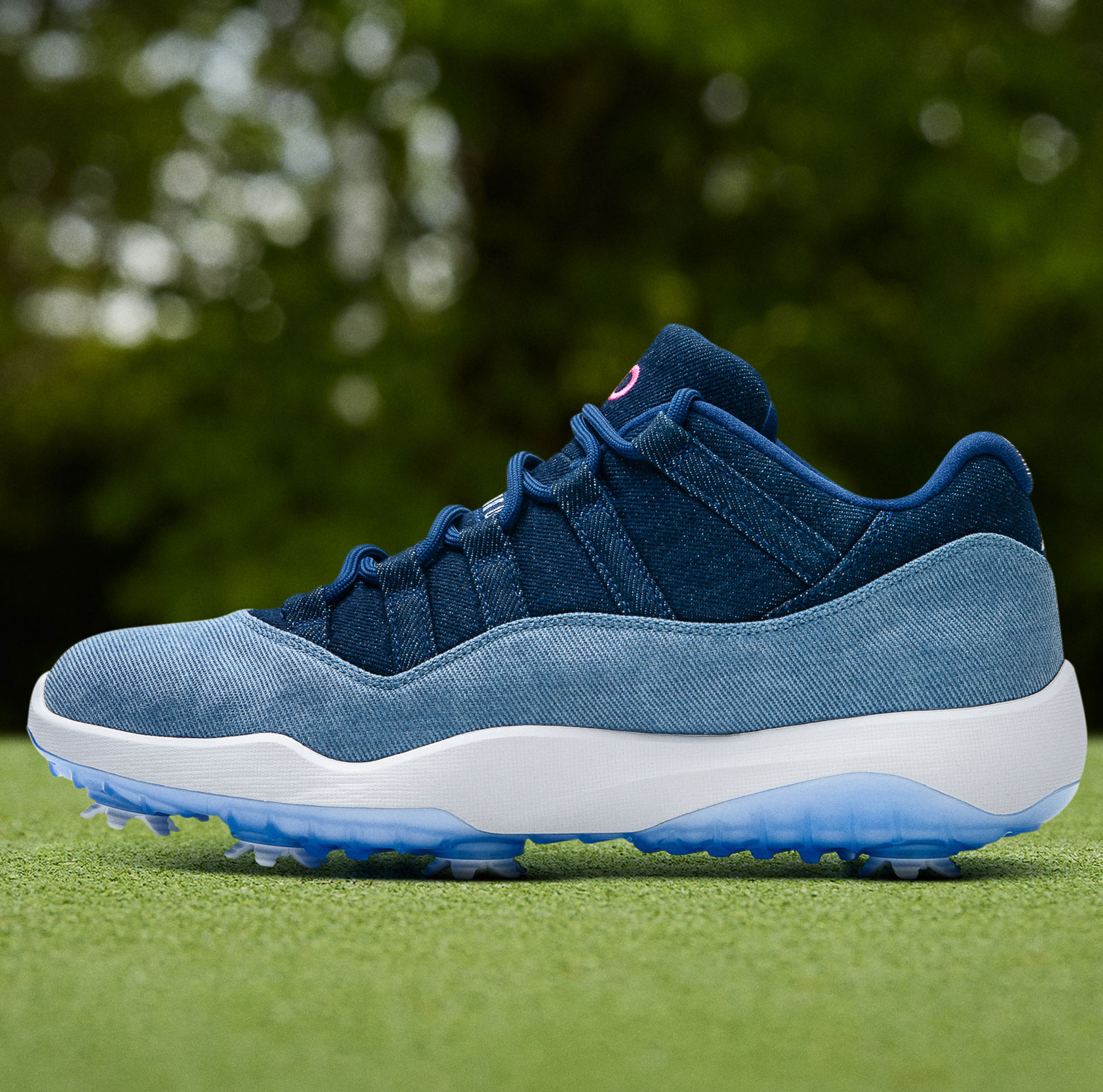 There was a time, maybe 50 years ago or more, when denim was the cloth worn by the average working man and the golf club was restricted to the upper classes, but now, the upper classes wear denim and golf clubs are open to everyone.

Despite the fact that denim is now mainstream fashion, most private golf clubs still restrict denim jeans to be worn on the course and in the clubhouse. Golf is fighting a losing battle against a fast-changing, fashion-forward 21st-century society and innovative brands such as Nike and Jordan Brand Golf are challenging old traditions — introducing the “No Denim Allowed” capsule collection golf shoes. The “No Denim Allowed” pack was officially introduced in June, around this year’s third major, The US Open. The shoe denim uppers are a tongue-in-cheek rebuttal to traditional course dress codes. 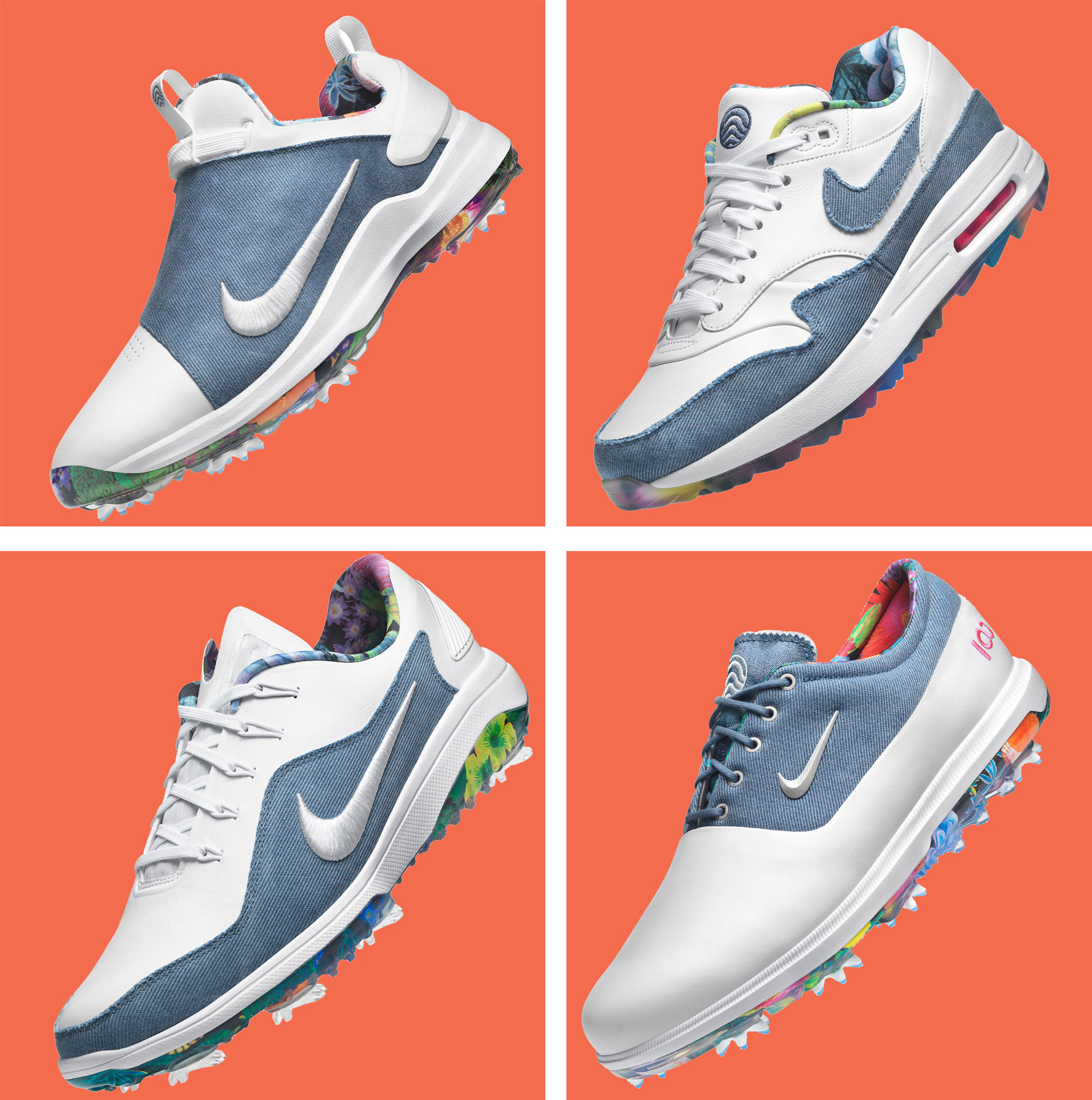 “The site of The US Open at Pebble Beach is represented by a pattern drawn from Central California wildflowers on the plate and sock liner,” the Nike press release stated about the collection. “Two symbols are used to stamp the shoes in time and place: a wave for the host course’s coastal environment and a centennial symbol marking the 100-year anniversary of the Pebble Beach Golf Links”.