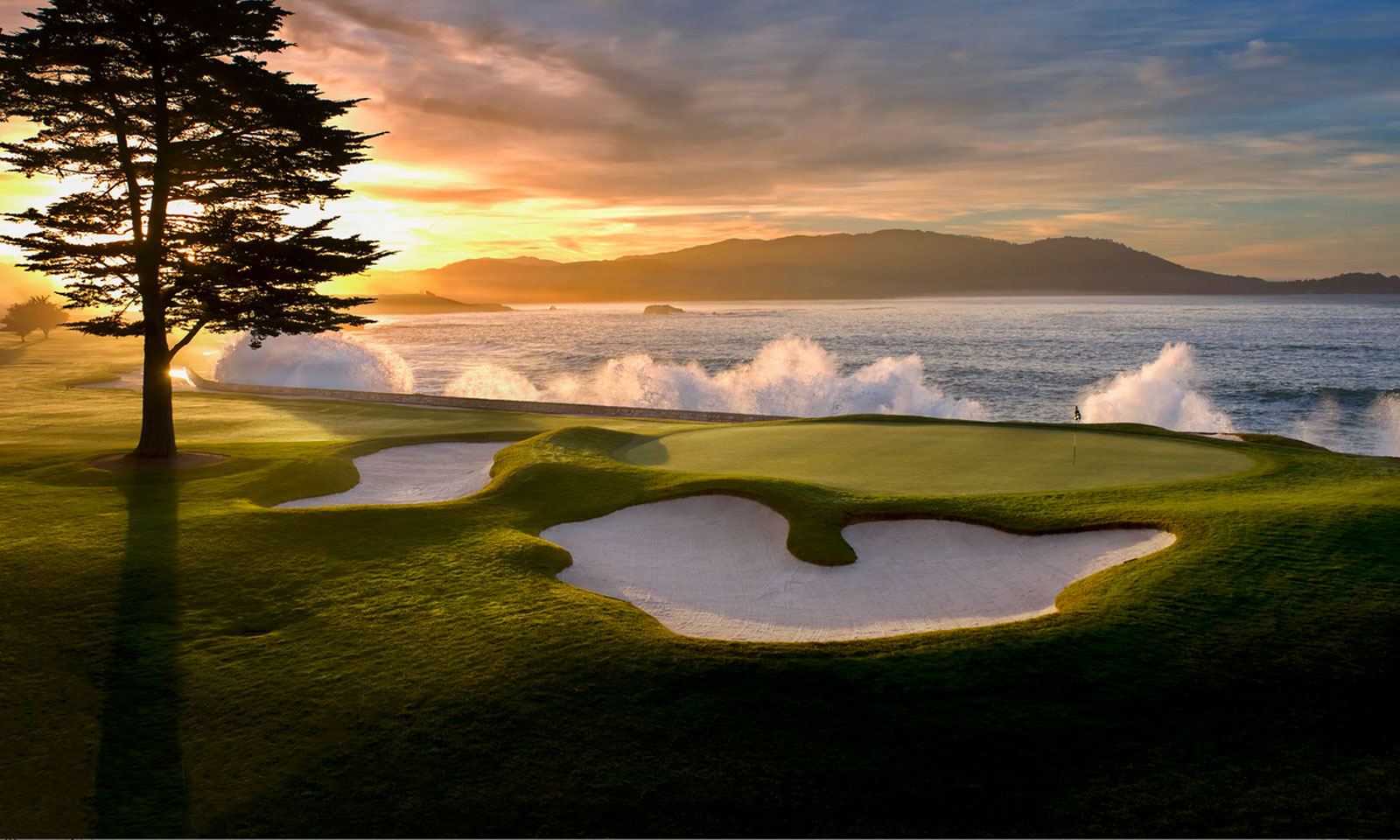 Golf’s greatest will tee off this weekend at Pebble Beach for the 119th U.S. Open Championship. Undoubtedly one of golf’s most sensational majors, the tournament which takes place June 10-16, 2019 will also commemorate the thrilling 100-year history of the iconic Pebble Beach Golf Links.

Founded in 1919, Pebble Beach Golf Links is part of the famous 17-Mile Drive, which was initially designed as a local excursion route for visitors to the Del Monte to take in the historical sights of Monterey and Pacific Grove and the scenery of what would become Pebble Beach. The course was designed by Architects Jack Neville and Douglas Grant and opened on February 22, 1919. Neville’s objective was to place as many of the holes as possible along the Monterey coastline, and he accomplished this by using a “figure 8” layout. Over the years, the course has been periodically revised to stick to this vision.

The course is considered among the most beautiful in the world. Named Golf Digest’s most fabulous public course in America in 2011, Pebble Beach Golf Links has thrilled legendary golfers and spectators alike for a century, with its Pacific Ocean vistas, cliffside fairways, and coastline-hugging greens that juts right out into the ocean. But don’t let the serene surroundings fool you, Pebble Beach is quite challenging and brings out the best in the pros who attempt to conquer it.

Today’s top golf stars will compete at this week’s championship at Pebble Beach. The USGA purse for the 2019 U.S. Open has now escalated to a whopping $12.5 million – the largest of all major tournaments. Recent U.S. Open winners like Dustin Johnson, Rory McIlroy, Jordan Spieth, and two-time reigning champ Brooks Koepka will all be competing. And most notably, Tiger Woods, fresh off of his inspiring victory at the Masters Tournament, will take on golf’s best in hopes of winning his fourth U.S. Open. A win at Pebble Beach would make Tiger one of only five golfers to win the U.S. Open four times. It would also be his sixteenth major championship win, putting him only two major wins behind golf legend Jack Nicklaus.

No course has held the U.S. Open more times over the past half-century than Pebble Beach, and the 119th U.S. Open Championship will certainly be an exciting addition to the storied history of Pebble Beach Golf Links.

In this article:Pebble Beach Turns 100