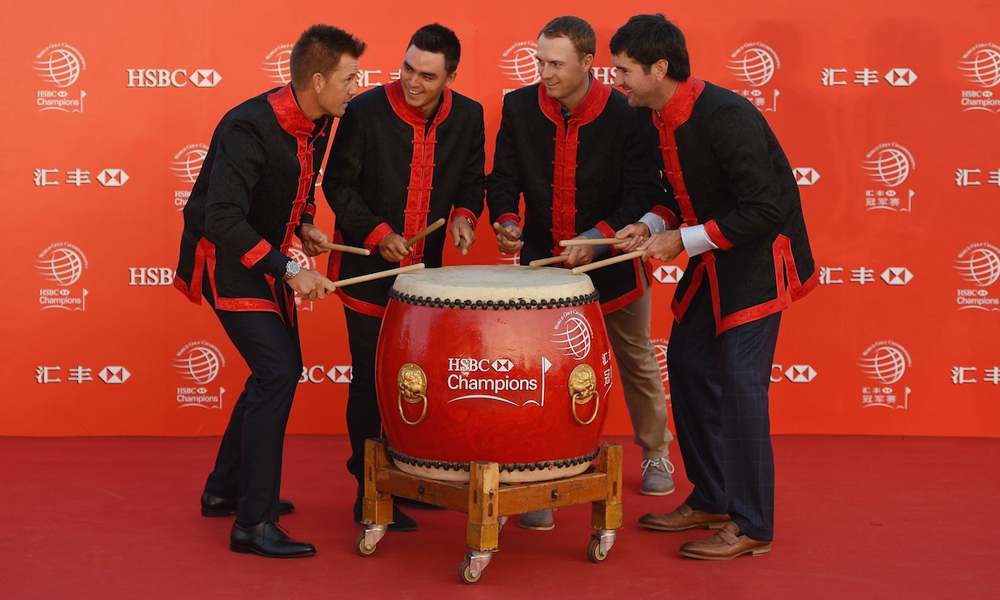 Championship golf in Asia kicked off this week in Shanghai, as four of the world’s top golfers performed a traditional Chinese Lion dance to celebrate the launch of this year’s World Golf Championships–HSBC Champions. The top-ranked golfers also drummed in a further five-year commitment to the tournament by its long-term sponsor, HSBC.

The players marked the start of the tournament by kicking off the drumbeat for a Lion dance, the traditional Chinese symbol of good luck, as the countdown to the tournament known as “Asia’s Major” swung into action.

For the third year running, the Nov. 5-8 showdown at the Sheshan International Golf Club has attracted close to 40 of the world’s top 50 players, and sponsor HSBC had more reason to celebrate after renewing its commitment to golf in China by agreeing a five-year extension to its sponsorship of World Golf Championships-HSBC Champions.

World No. 2 Spieth said, “this is great news for golf in China and I can’t wait to take on the course at Sheshan. Golf in Asia, this tournament, and the number of good young Asian players on tour continues to grow, so all bodes well for golf in the region.”

Defending HSBC Champions Bubba Watson added, “it’s incredible to see how much the game has developed in the last ten years in Asia–every time we come the game is more and more popular. My victory here last year was a huge moment for me and I can’t wait to defend my crown.”

Giles Morgan, Global Head of Sponsorship and Events at HSBC, announced the sponsorship extension on stage at the 2015 Golf Business Forum, hosted in Shanghai. “We have restated our commitment to golf in China by agreeing an extension for another five years,” said Morgan. “Over the last ten years, our flagship tournament has been a driving force behind the development of golf in Asia and with golf making a return to the Olympics at Rio 2016, we feel this is Asia’s major moment.

“In addition to the World Golf Championships-HSBC Champions extension, we are also delighted to announce an extension of our other major flagship golf events, HSBC Women’s Champions and the Abu Dhabi HSBC Golf Championship whilst earlier this year we renewed our agreement as patron of The Open Championship. All in all, we believe this is a major statement of intent.

“Here in Shanghai, we again have a world class field, packed full of the young stars representing golf’s new generation and it promises to be another thrilling week.”

The tournament boasts the toughest qualification criteria of all the World Golf Championships, with the majority of the field qualifying only by winning a key tournament on their Tours or by being ranked in the world’s top 50.