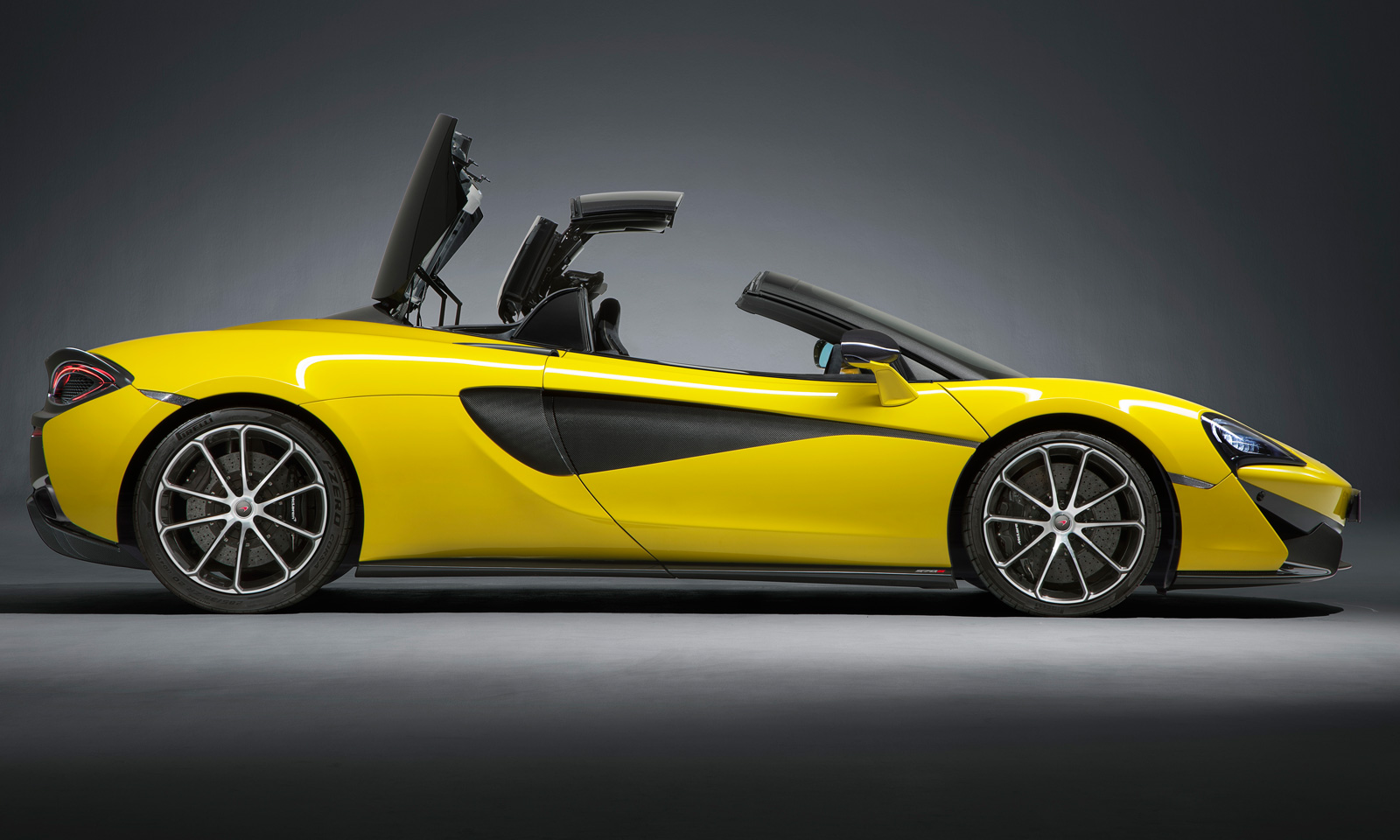 “This is a convertible without compromise; its mid-engined layout and carbon fiber MonoCell II chassis guarantee the same thrilling dynamic performance and exceptional driver involvement enjoyed in a 570S Coupe, but with the added attraction of a retractable hard-top that delivers the extra exhilaration of roof-down motoring,” said Mike Flewitt, Chief Executive Officer, McLaren Automotive.

The two-seat, rear-wheel drive 570S Spider is the third body style in McLaren’s Sports Series portfolio, lining up alongside the 570S Coupe and the 570GT.  Compared to the Coupe, the 570S Spider adds an integrated, retractable hardtop that, when lowered, delivers an immersive and exhilarating driving experience.  The two-piece roof – which is engineered using technology proven in the McLaren 650S and 675LT Spider models – is constructed of lightweight composite panels and creates a sleek appearance whether raised or lowered. There are no performance compromises. The Spider maintains the same electrifying pace, dynamic excellence and impressive refinement as the 570S Coupe. 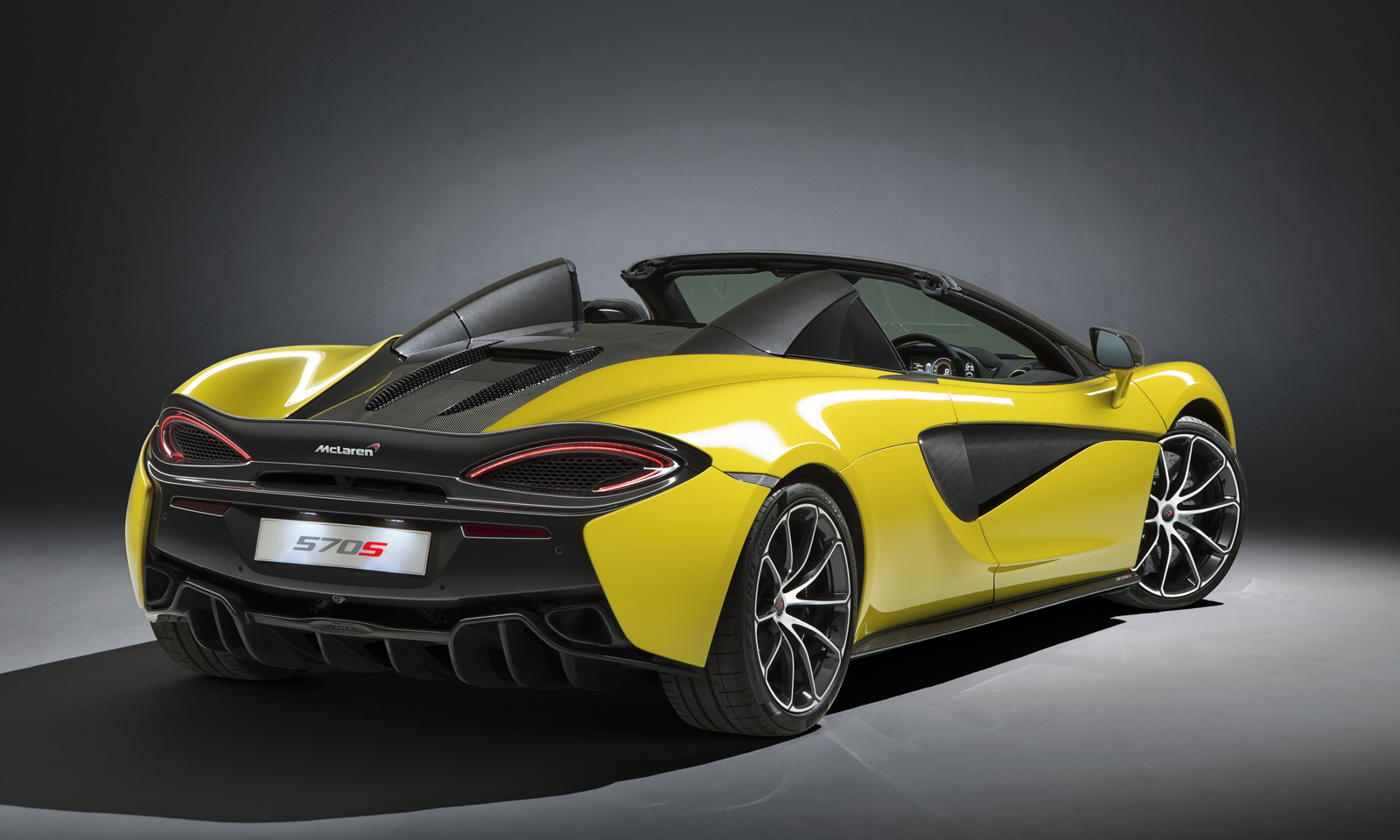 Electrically operated from the driver’s seat using one simple control, the roof folds to stow beneath a tonneau cover that rises automatically to accommodate the lowered panels, returning to its closed position with the assistance of soft-close technology.   The roof can be opened or closed in just 15 seconds, at vehicle speeds of up to 25mph (40km/h).

A glazed wind deflector can be electrically raised or lowered at the push of a button, providing further versatility with the roof up or down.  The retractable hardtop is designed to withstand the severest conditions and is significantly more resistant to weather and fading than fabric, yet with its operating mechanism adds just 101 pounds to the weight of the Spider. This is the only variance in weight between the new convertible and the 570S Coupe. 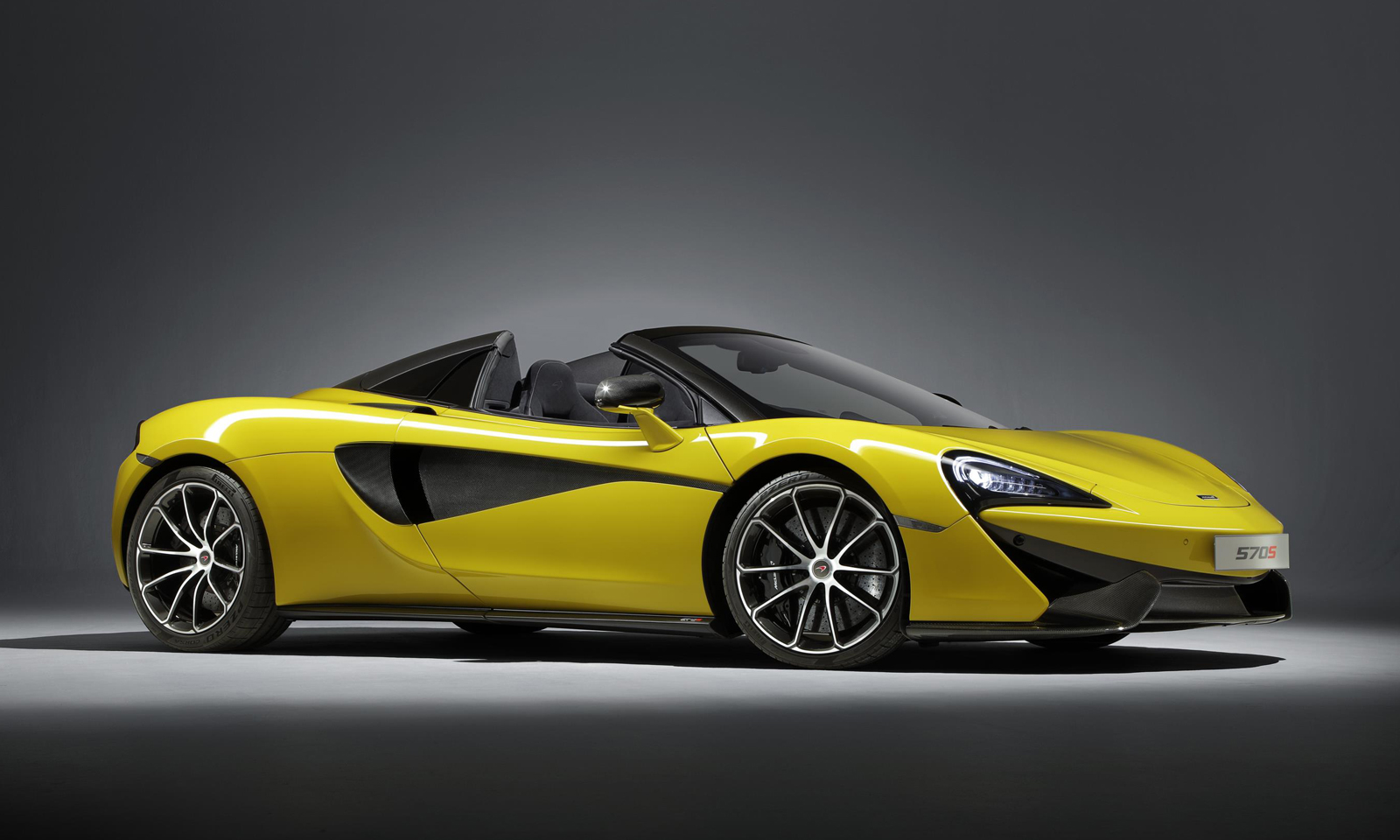 The combination of lightweight carbon fiber construction and the potent 3.8-liter, twin-turbocharged McLaren V8 engine, means that the new 570S Spider is more powerful and lighter than comparable convertibles. In combination with a rapid yet smooth seven-speed seamless-shift gearbox with Launch Control technology, the 570S Spider is a luxury sports convertible with supercar acceleration: from standstill to 60mph (100km/h) in 3.1 seconds and to 124mph (200km/h) in just 9.6 seconds.

Top speed is 204mph (328km/h) with the roof in place – identical to the 570S Coupe – and even with the roof lowered, the new Spider can reach 196mph (315km/h).  Complementing this extreme performance is a stop-start system that contributes to overall efficiency; the 570S Spider returns official fuel economy of 16mpg city, 23mpg highway, and 19mpg combined. 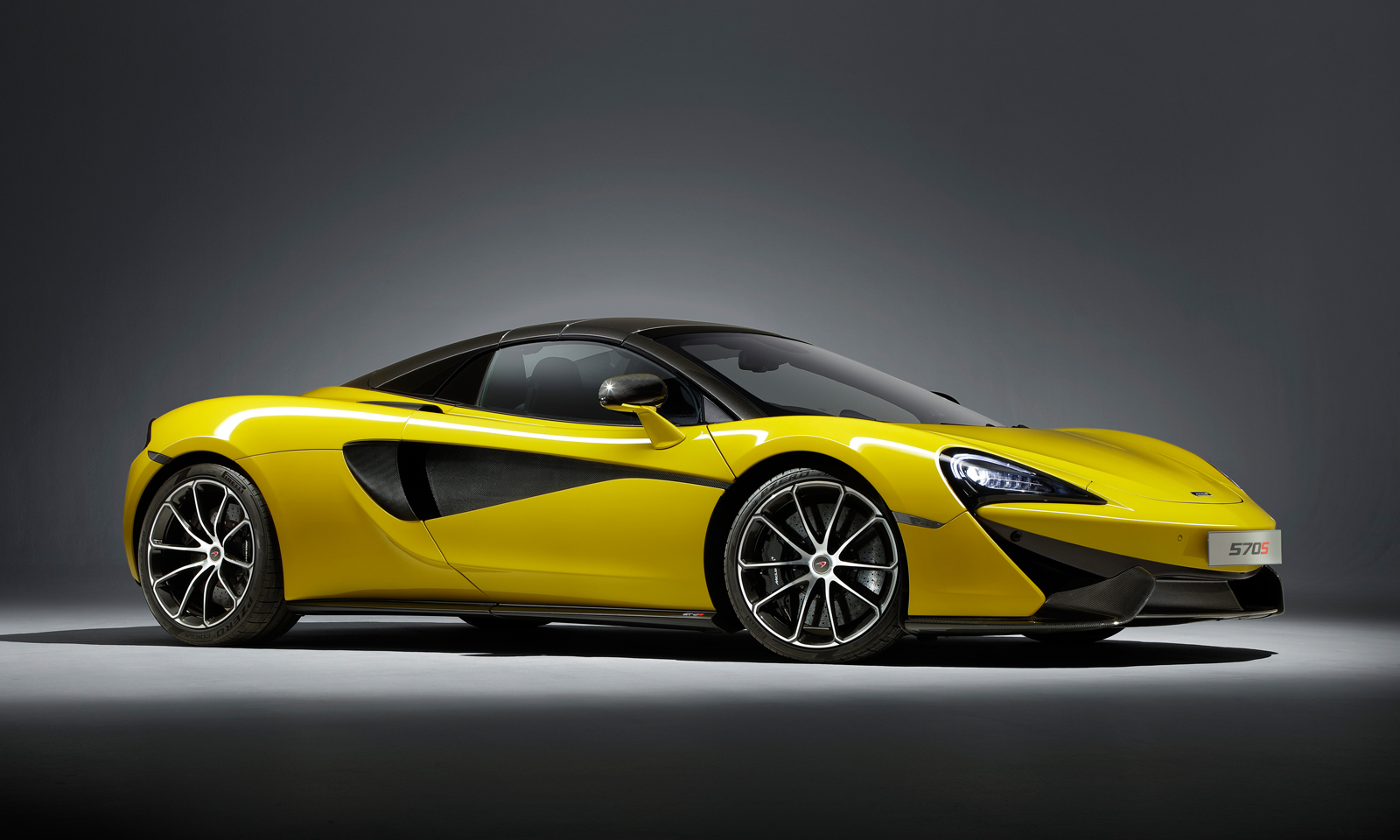 Hand-assembled in Woking, England, the new McLaren 570S Spider will make its public debut on June 29, 2017 at the Goodwood Festival of Speed, West Sussex, UK and the first cars are scheduled to be delivered to customers in September. The first 400 Spiders built will be launch edition models, following success of 720S launch edition.