LYRIQ Is Heralding An All-Electric Future For GM 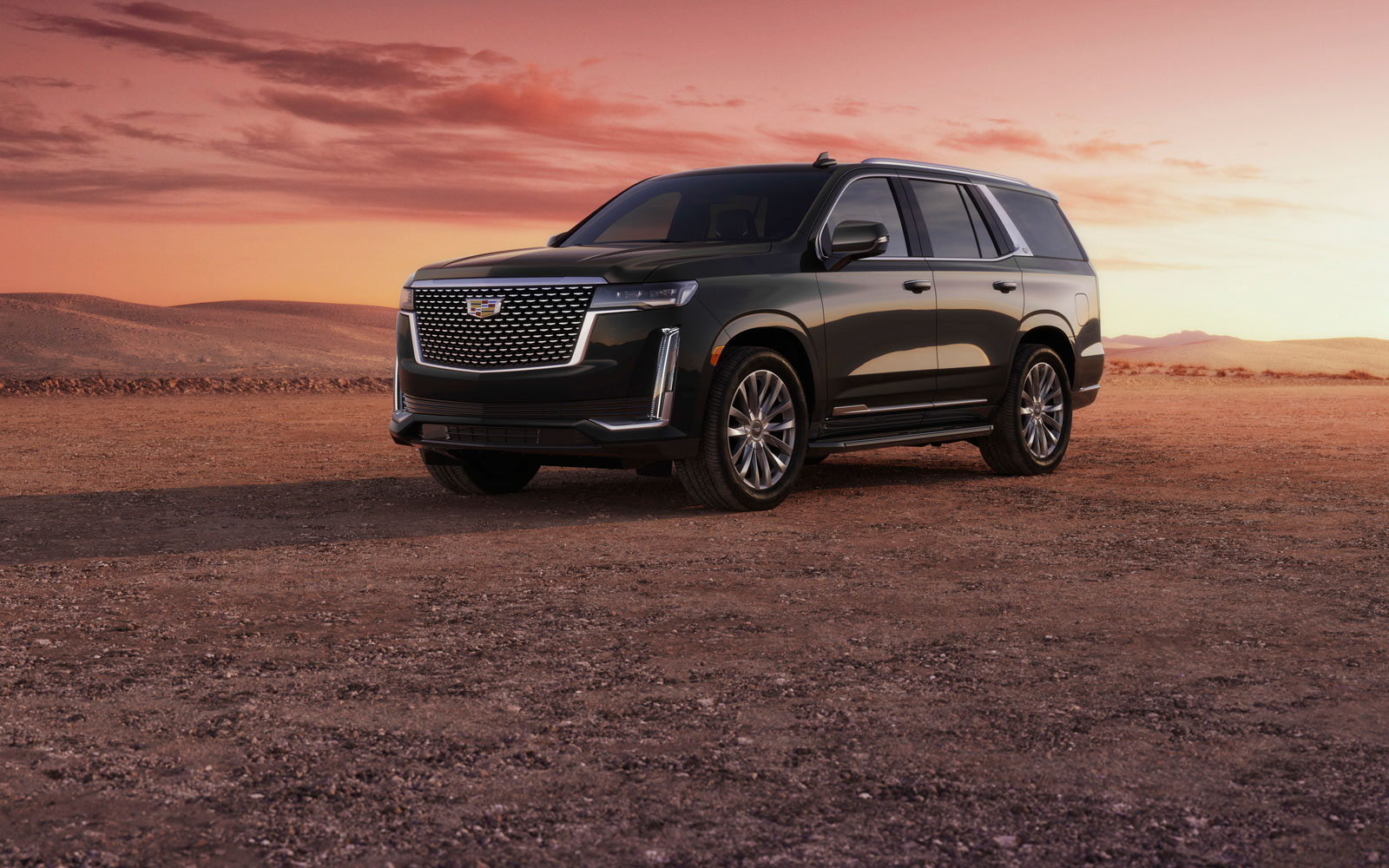 Cadillac is all about luxury, and if you’re looking at the XT5 and the Escalade, you can see that mantra shine through everything. But while they’re both luxurious choices, they’re two extremely distinct vehicles that are close to night and day in the luxury SUV field.

The XT5 focuses more on aesthetic beauty, while the Escalade pushes a larger, more rugged appearance with a beast of an engine under the hood. 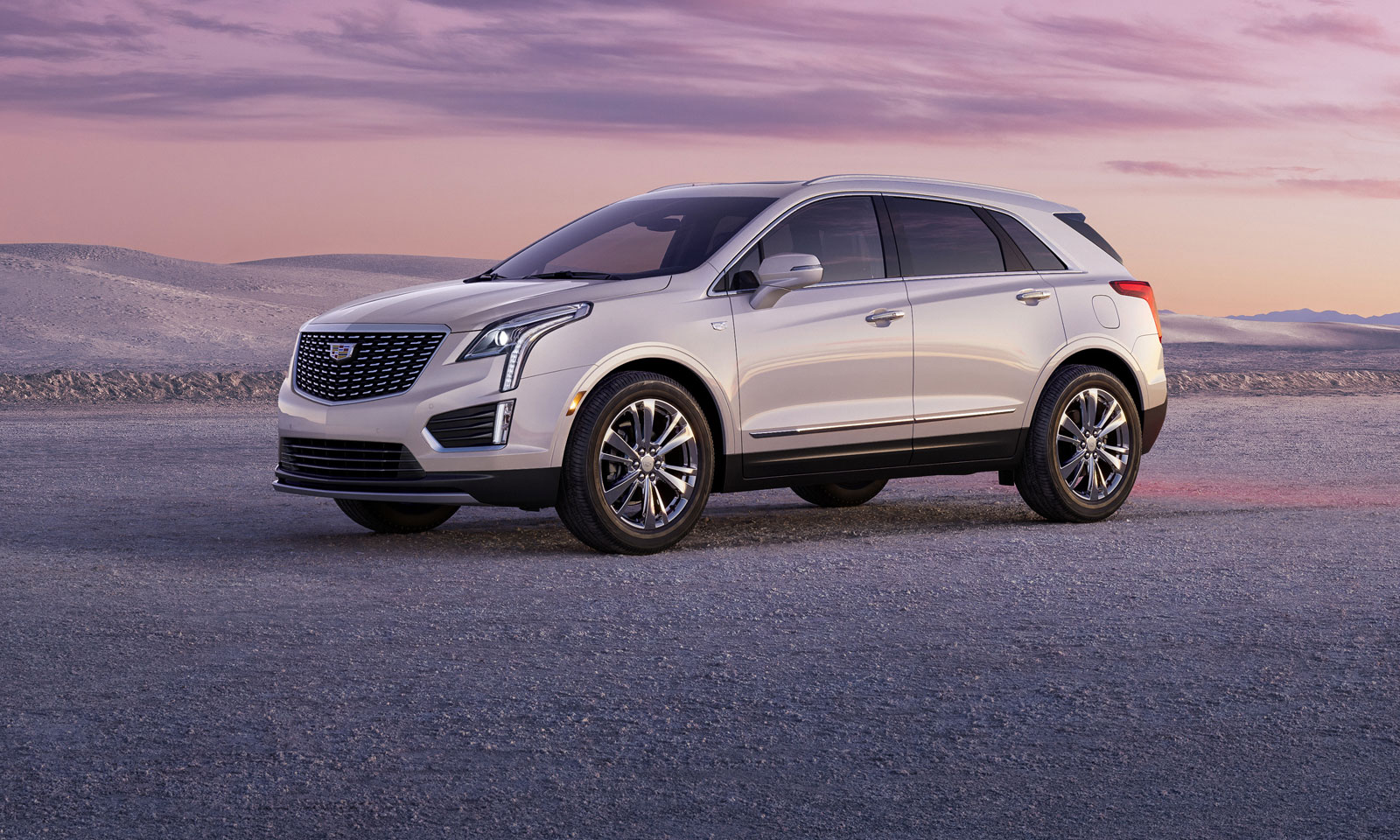 The Cadillac XT5 – The Beauty

Few crossover SUVs look as regal and as luxurious as the Cadillac XT5. And the great thing about the XT5 is that it’s not just the look, it feels and is elegant on the inside too.

The XT5 (short for Crossover Touring 5) was initially introduced to the public in 2016 and replaced the SRX. As of 2017, the XT5 was Cadillac’s best-selling model.

When you open up the hood of a stock 2022 Cadillac XT5 it certainly leaves a little to be desired. The stock engine is a turbocharged four-cylinder engine that produces 237 horsepower with 258 lb-ft of torque. They’re not bad performance specs, but they’re nothing that’ll blow your socks off either.

We drove the upgraded version with the V6 engine, and we have to say it’s well worth the upgrade. While it doesn’t do much for torque upping that number to just 271 lb-ft, it skyrockets the overall horsepower to 310.

It’s not powerful enough to beat every other vehicle in the same class, but it has more than enough pickup to put you flat against your seat if you push down the pedal far enough.

The Cadillac XT5 doesn’t come with any sort of towing package, and with just a 1,000-pound towing capacity that’s not an area where this vehicle thrives. 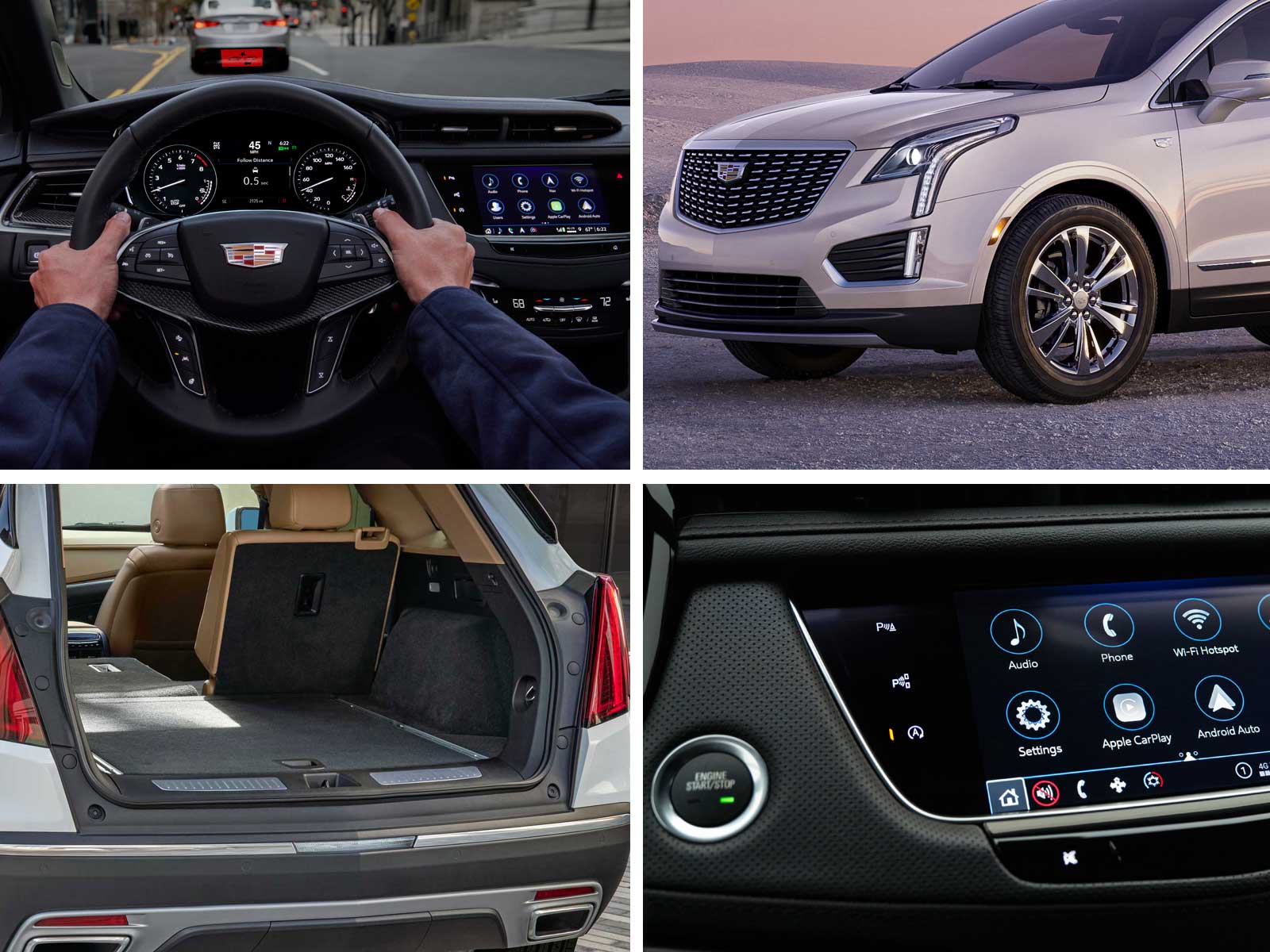 The XT5 isn’t the largest SUV on the market, but with 30 cubic feet of storage space even with the rear seats up, there’s more than enough room for your golf bags or any other gear you need to bring with you.

Of course, if you don’t have anyone sitting in the back you can fold those seats down and open up a whopping 63 cubic feet of storage space. That’s more than enough room for both both your and golfing partners’ golf bags, coolers, and you still have plenty of space for whatever else you want to bring.

And while you don’t want to turn your XT5 into an off-road machine, there’s an option for all-wheel-drive and it has 7.8 inches of ground clearance. If it’s a little trek through the wilderness to get to the clubhouse, the XT5 can easily get you there.

Where the Cadillac XT5 really thrives is in the overall appearance and all the luxury features you get with it. Not only is the XT5 all about luxury and style but it’s extremely practical too. There’s plenty of storage throughout, and it conveniently ties in luxury features in a useful way.

For instance, there are four USB charging ports throughout the vehicle, which allows you and any passenger in the vehicle to keep their mobile devices charged and ready to go. If you don’t want to plug in your mobile devices there’s also an option for a wireless charging pad between the driver and passenger seat.

Every XT5 also comes with an 8” touchscreen display with voice recognition technologies and an 8-speaker Bose sound system is standard, but there’s an option to upgrade to a 14-speaker system.

Finally, every XT5 comes with Android Auto or Apple CarPlay, 4G LTE Wi-Fi capabilities, and even a teen driver mode. It’s practical luxury and it looks and feels great. 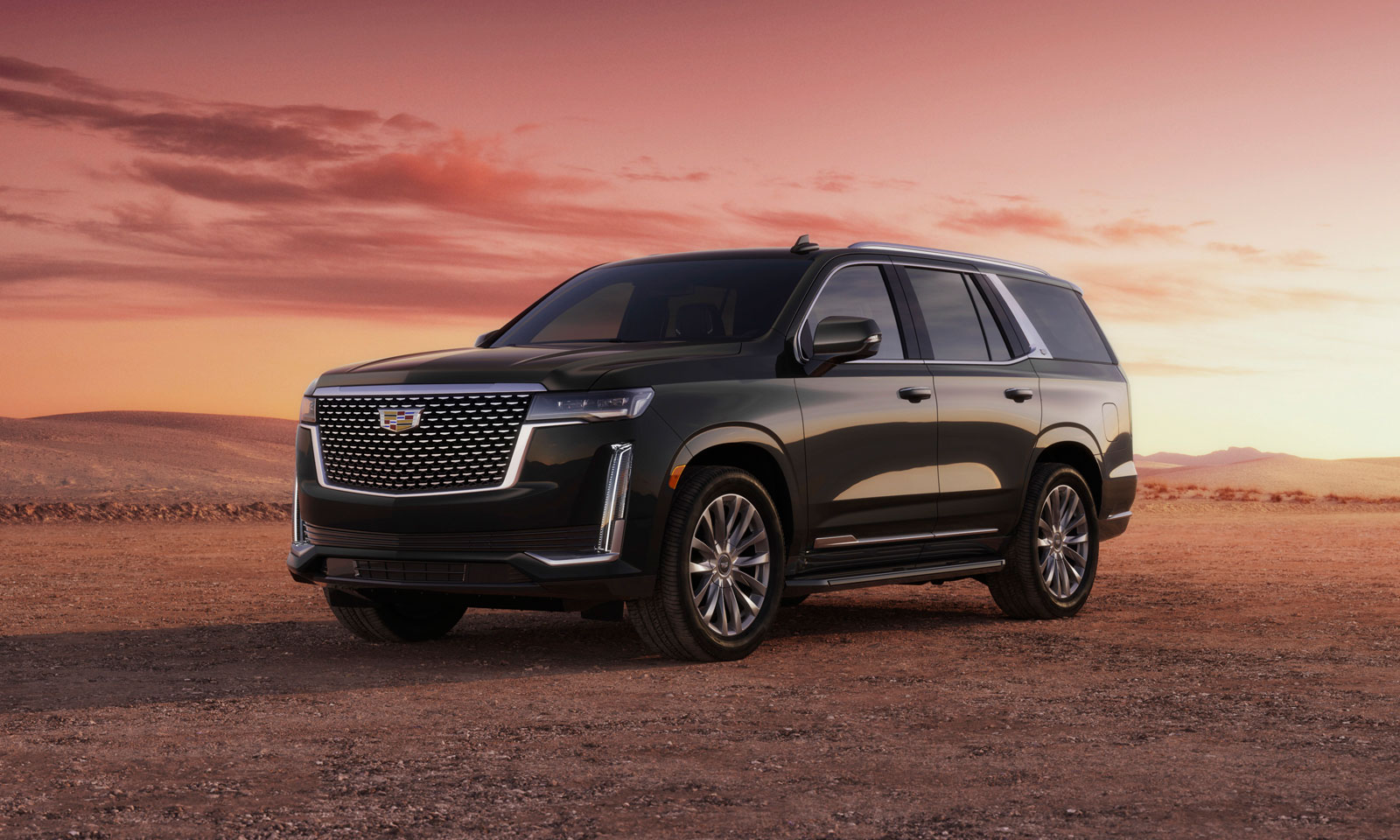 The Cadillac Escalade – The Beast

The Cadillac Escalade might not have the same refined look that comes with the XT5, but boy is this car fun to drive. It’s also full of luxurious features on the inside, making it a top-notch choice.

While the XT5 struggles with power concerns with the stock engine, that’s not the case with the Cadillac Escalade. The stock engine is a 6.2L V8 engine that pushes 420 horsepower and 460 ft-lb of torque at 4,100 rpm. And if you want to tow something with this SUV you can since it comes with a 7,500-pound towing capacity.

But while that’s the stock engine, you can save yourself a little money on fuel by going with the 6-cylinder diesel engine. There’s a notable drop in power as the overall horsepower drops to 277, but it gives you a lot more low-end torque.

The Escalade is big, and one area that size really shows up is in the overall cargo space. Even when you don’t account for any of the seating area there is 25.5 cubic feet of storage. You’ll be able to fit your golf bag in the trunk, but probably not too much else.

However, if you fold the seats down you unlock a whopping 109.1 cubic feet. That’s tons of storage space and more than enough for just about anything you can think of.

The Escalade also comes with 8 inches of ground clearance, so you shouldn’t have any problem getting this vehicle anywhere you want.

If you’re spending this much on an Escalade, you want luxury features, and the Escalade certainly delivers. The base trim level comes with faux leather, while every other trim level gets real leather for the interior.

But while all these features are great, the first thing you’ll likely notice when you climb inside is the massive 38” curved screen that combines your dashboard and infotainment center into one interactive center.

This screen doubles as a 360-degree camera for when you’re backing up, and there’s even an option for an upgraded cruise control system with autonomous driving that can even change lanes!

After driving both the XT5 and the Escalade, one thing is clear. Both vehicles are great options with tons of luxury features. Whether you’re heading for a round at the golf course or trying to get the kids off to school, both vehicles have everything you need and adds more than a touch of flair to the experience.