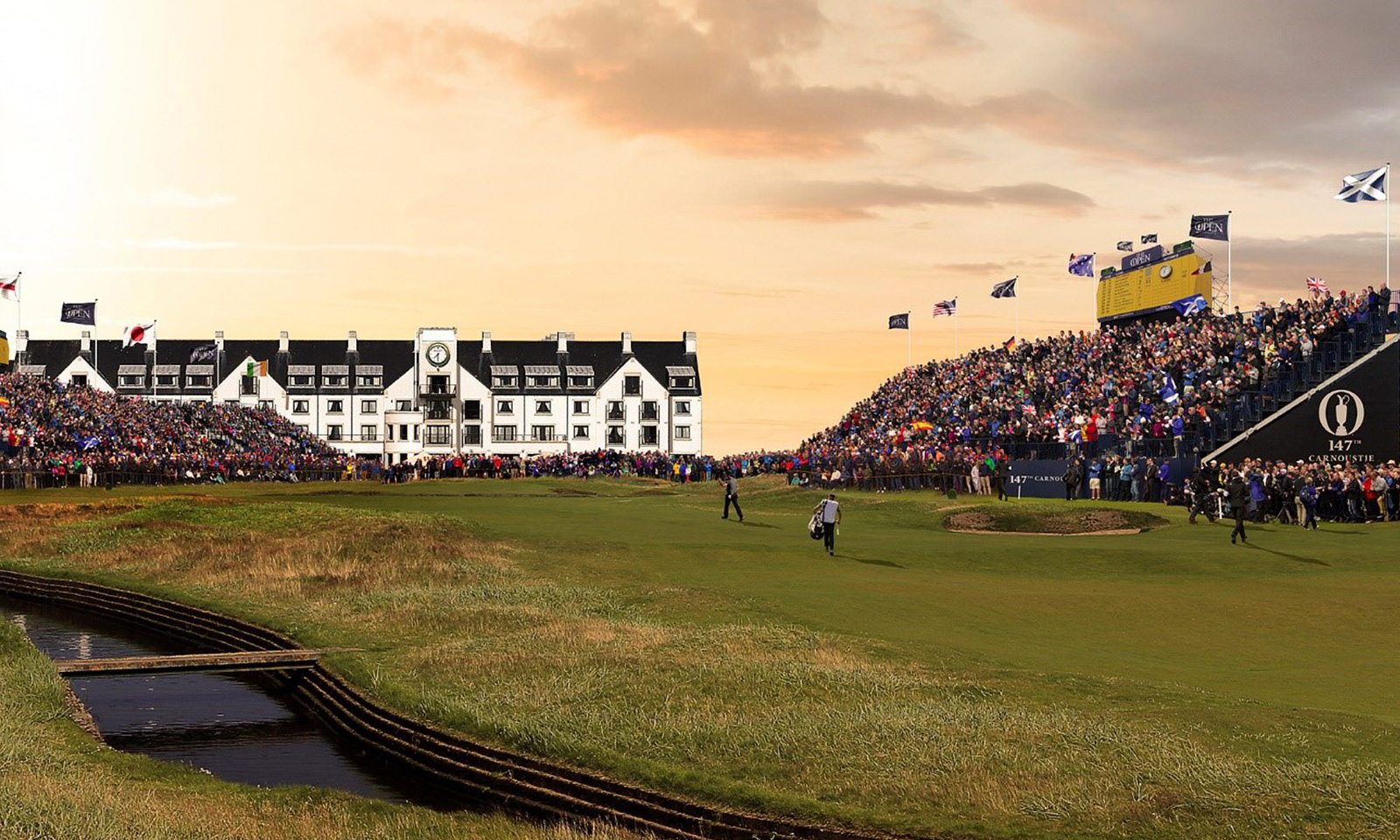 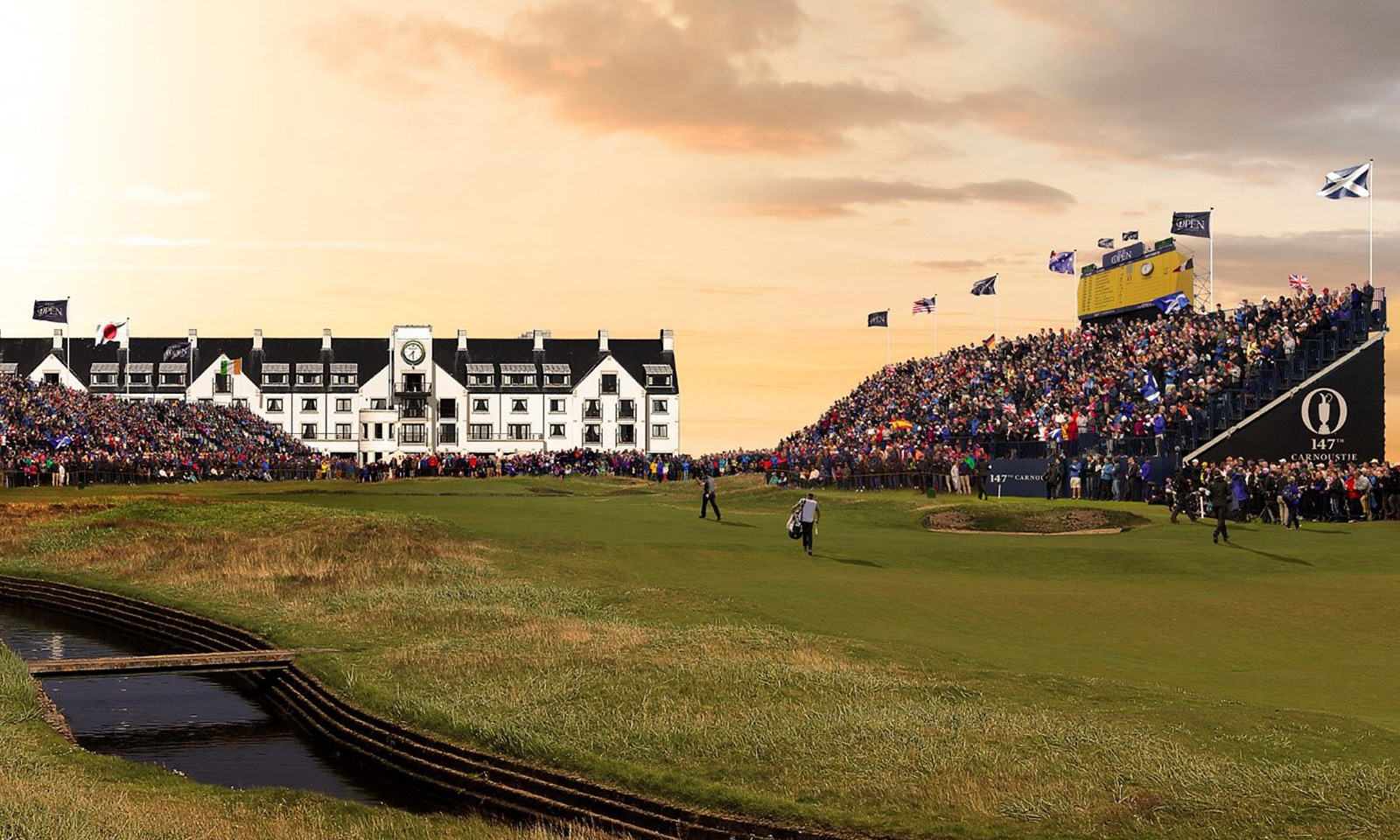 Images courtesy of The Open Championship

In 1860, Abraham Lincoln won the Republican Party nomination in Chicago and later was elected President of the United States, the Pony Express left St. Joseph, Missouri, for Sacramento, California, and Willie Park Sr. won the first-ever Open Championship at the Prestwick Club in Prestwick, Ayrshire, Scotland.

It would be another 35 years before the great sport of golf experienced the birth of another Major, when Newport Country Club in Newport, R.I., hosted the first U.S. Open. The PGA Championship began in 1916 at Siwanoy Country Club in Eastchester, N.Y., and The Masters launched its prestigious run at Augusta, Ga., in 1934.

As important as those three Majors are to the tradition of the world’s oldest sport, The Open’s trail-blazing, historic standing and its relationship to the birthplace of golf make it the most internationally-desirable destination for the sport’s most passionate followers. 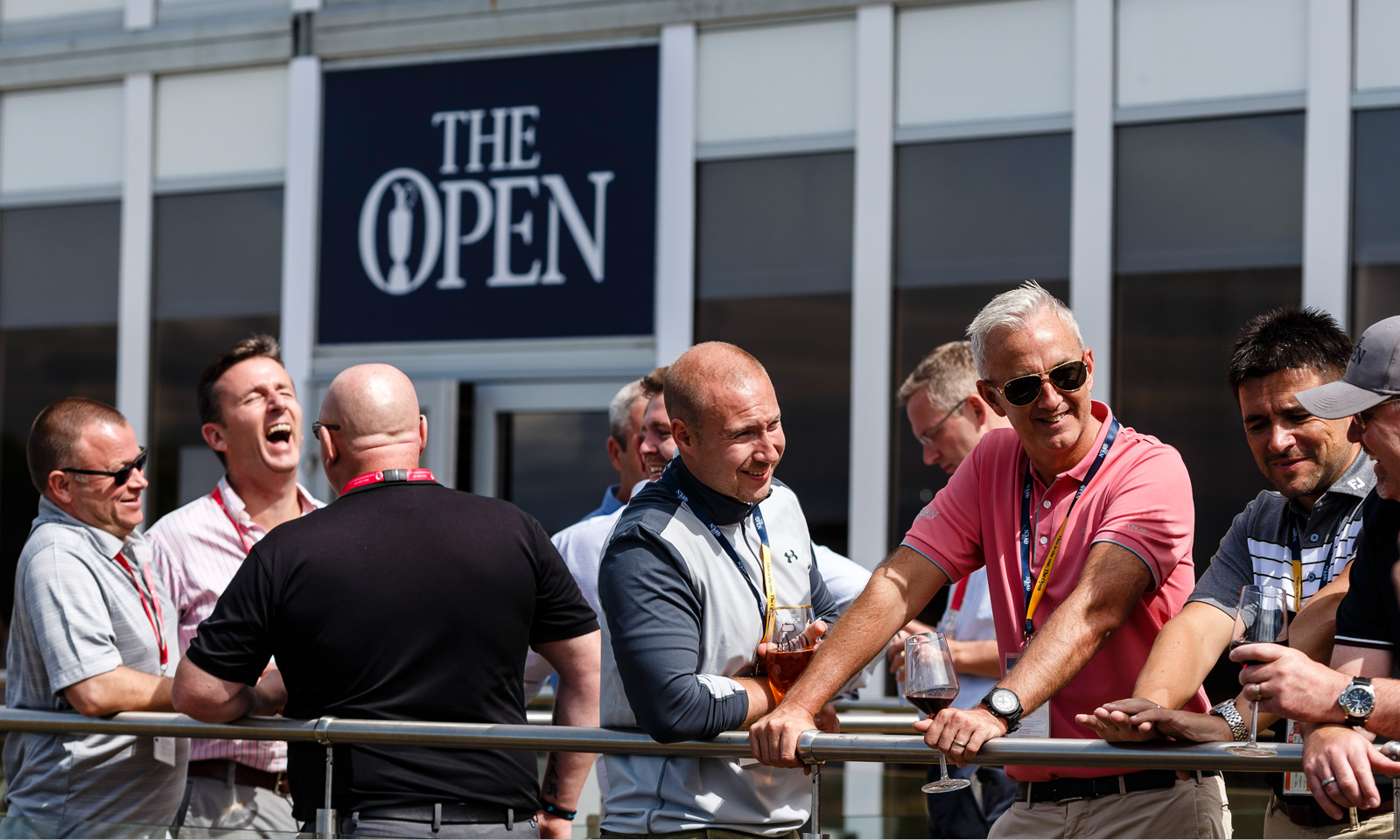 Images courtesy of The Open Championship

“Golf has a fan base that stands alone in terms of direct engagement that applies to its business and leisure lifestyles,” stated Keith Bruce, President of QuintEvents International, which is partnering with the The Open this year to introduce first-ever travel/experience/hospitality packages for the 2018 event at Carnoustie. “Thanks to the R&A, we can now offer a once-in-a-lifetime opportunity. It’s the best of everything – all week long – plus playing privileges, including at Carnoustie. The package is unprecedented.”

The R&A, which organizes The Open Championship, is breaking new ground with the offering to both the individual and corporate market. It includes rounds of golf at its affiliated, prestige courses as a key part of the packages along with access to the famed clubhouse locations previously unavailable to anyone but members and major sponsors. The details are available at The Open Experiences website. 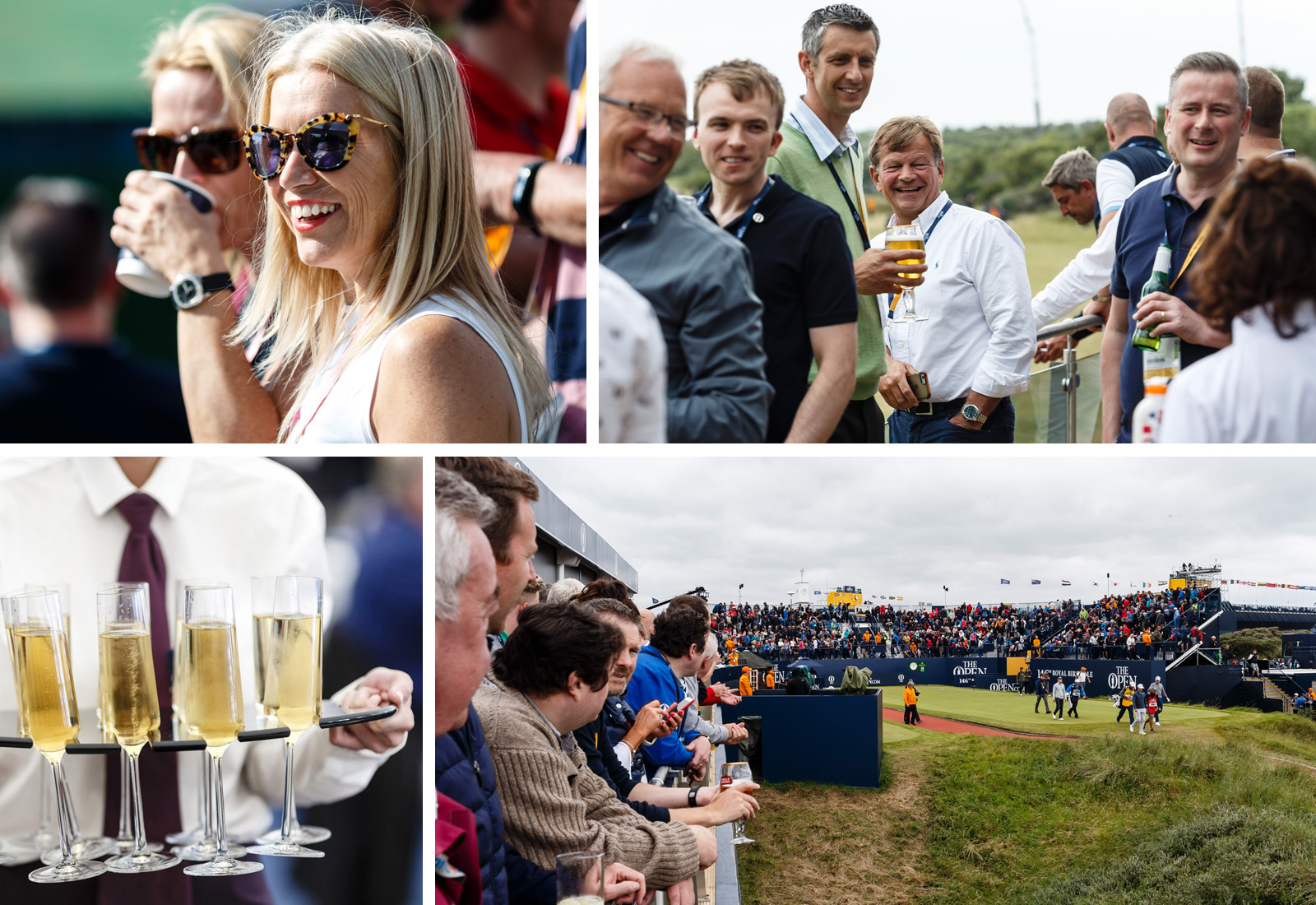 “This will be a unique, unparalleled experience,” offered Malcolm Booth, Sales & Marketing Director at The R&A. “We’ve decided to take this step to bring a small group of privileged fans closer to the event, providing exclusive access and opportunities, made possible by our connections across the sport, to provide a sensational experience for our guests.”

The initiative is designed to launch on a modest scale this summer and then expand at Royal Portrush (Northern Ireland) in 2019; at Royal St. George’s in England in 2020; and then culminating at historic St. Andrews in 2021. Post-Carnoustie, the R&A will evaluate the feedback and then plan to enhance and expand going forward. Because the packages come direct from the R&A, they include benefits that are otherwise unavailable, allowing for the addition of exclusive enhancements in future years.

One example is the Saturday night offering at this year’s event, The Open Experiences Party. It is an invitation-only affair to be staged in the R&A’s exclusive private on-site venue, The Trophy Room. The event will feature best-in-class food and beverage celebrating the 147th annual tournament on the night before the final round. 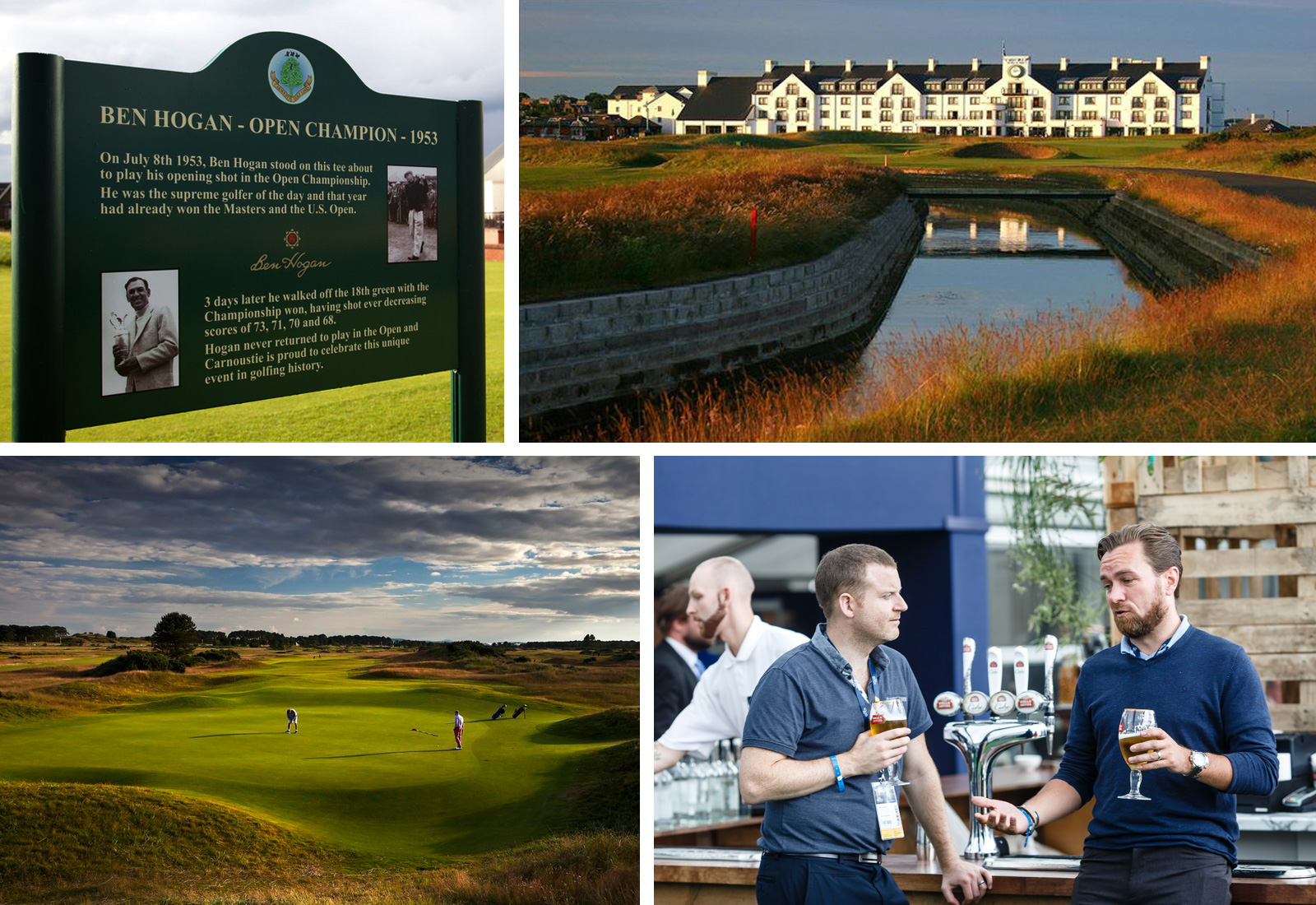 The Open Experiences Party is part of the “Ultimate Open Experience” package, which features access to the famed Hogan Balcony in the Carnoustie Golf Hotel overlooking the 18th hole as part of a week of VIP hospitality and special access watching The 147th Open. One huge benefit is inside-the-ropes access as the world’s greatest players prepare for the competition, a privilege otherwise reserved only for media and officials. Golf with the Ultimate Open Experience package is a Friday afternoon tee time at Jubilee Course, one of the array of distinct courses at St. Andrew’s, the home of golf. The seven-day/six-night hotel stay is at the Fairmont St. Andrews, a five-star resort with facilities and amenities reflective of its prestigious location. The package also includes the Open Experiences Party plus an exclusive tour of the R&A headquarters with a private lunch hosted by R&A officials. The topper is a Monday tee time at Carnoustie with guests playing the same pin placements that the pros encountered in determining the 2018 champion just hours earlier.

Single-day, two-day and three-day packages are also available and include similar amenities based on the buyer’s customized needs.