Rio 2016 Olympics, Building The Most Important Golf Course In The World 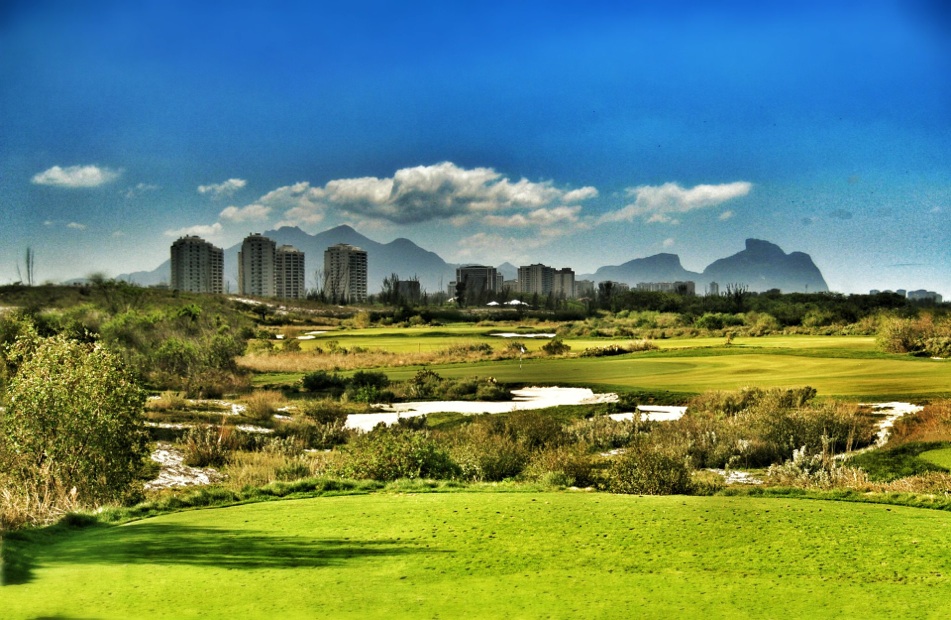 CREATING A LEGACY OF SUSTAINABILITY

[dropcap size=small]A[/dropcap]fter 112 years, the International Olympic Committee is re-introducing golf at the 2016 summer games in Rio de Janeiro, Brazil. The legacy is to be one of sustainability, so it’s no surprise when they called on Owen Larkin, a pioneer in managing sustainable golf courses, to lead the construction of the most important course in the world. Larkin brings a wealth of experience; he was responsible for managing the permitting, design and construction of Vineyard Golf Club on Martha’s Vineyard, the most organic golf course in America. “When I started building sustainable courses it was altruistic,” Larkin explains. “Now it’s just good economics.” When asked if he could replicate what he did at Vineyard Golf Club Owen said yes, however, he needed a team of experts to create a championship course with the perfect sustainable green.

May the best team win….

Planning began in 2011 and Larkin’s first choice for the architect was Gil Hanse, President of Hanse Golf Design, who won the design competition to create the Olympic golf course. He was most recently tapped to design the Trump International Golf Course in Dubai and chosen by the PGA Tour to build their newest course in China. Hanse’s expertise and approach to constructing courses is what made him top pick for Larkin. 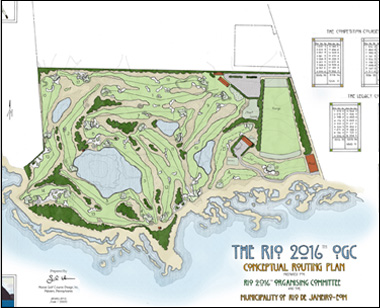 “I really like his aesthetic and how he treats the land,” Larkin explains. “Gil and Jim Wagner, vice-president of Gil Hanse Golf Design, do artistry on bulldozers. A lot of people may draw a rendering or create one on CAD, but he does the work on site himself with a small bulldozer.”

Located within the city limits of Rio de Janeiro, the course, originally a quarry, sits on the southern most portion of an ocean barrier beach. When the group, now a total of four: Larkin, Dr. Frank Rossi of Cornell University, grow-in coordinator for Vineyard Golf Club Jeff Carlton, and Hanse walked the property a little over two years ago, they had some major decisions to make. 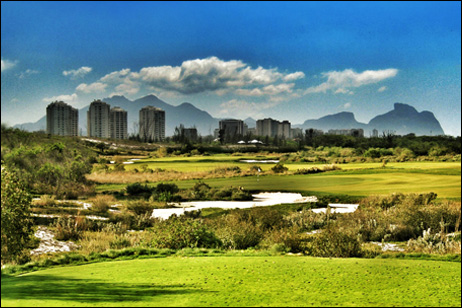 “We first walked the land when the committee invited us down to Brazil with eight other semi-finalists,” Larkin recalls. “So basically we had only had 48 hours to understand the land and take notes.” The course has a 35-45 ft. change in elevation, compared to most courses this is relatively flat, then there is the ocean and the mangrove swamp, leaving the team with three distinct terrains. “First and foremost when you go onto a golf course and you can’t tell if it was built five, ten or fifteen years ago, that’s a sign a great architect,” Larkin explains. “A great golf course needs to be part of the land and Gill had three distinct areas he had to tie together.” One of the team’s biggest concerns was the water. The mangrove swamp provided a habitat for wildlife in the area. Keeping in mind their original goal of sustainability, the group decided to build a course that co-exists with its natural surroundings. “Although the course is a couple of hundred yards from the ocean you will not see the ocean. You will only hear the sound of the water and waves in the background,” Larkin says. “The mangrove swamp is 20-25ft high, so the trees block the view and we wanted to leave the trees alone.”

After the plans were finalized, the crew turned their attention to the most important aspect of any golf course –the grass, and according to Larkin, the difference between a good game and a great game. The team enlisted golf expert David Douget, owner of Bladerunner Farms in Poteet, TX, to choose grass that would be most adaptable to the locale and climate of the course in Rio de Janeiro. “We narrowed it down to two species of grass that are good in tropical weather and salt tolerant,” Larkin says. “Then we all went to Atlanta Athletic Club to take a look at their grass made of Zeon Zoysia.” After months of discussion, the team of experts focused on one characteristic that makes Zeon Zoysia the best grass for an Olympic course in Brazil. “Playability is a huge factor,” Larkin explains. “Zeon Zoysia played beautifully and allowed the skills of the golfers to show.” Douget continued: “The conventional grass is Bermuda because its low maintenance, but it doesn’t make a great playing course. Zeon Zoysia is much denser than Bermuda. It’s low maintenance, low mowing and takes less water.“

Four years later, the team is ready to test the course. According to Larkin, Douget and the rest of the team, “We’re able to conserve water and energy and, ultimately, show South America we can make and maintain a high quality sustainable golf course.”