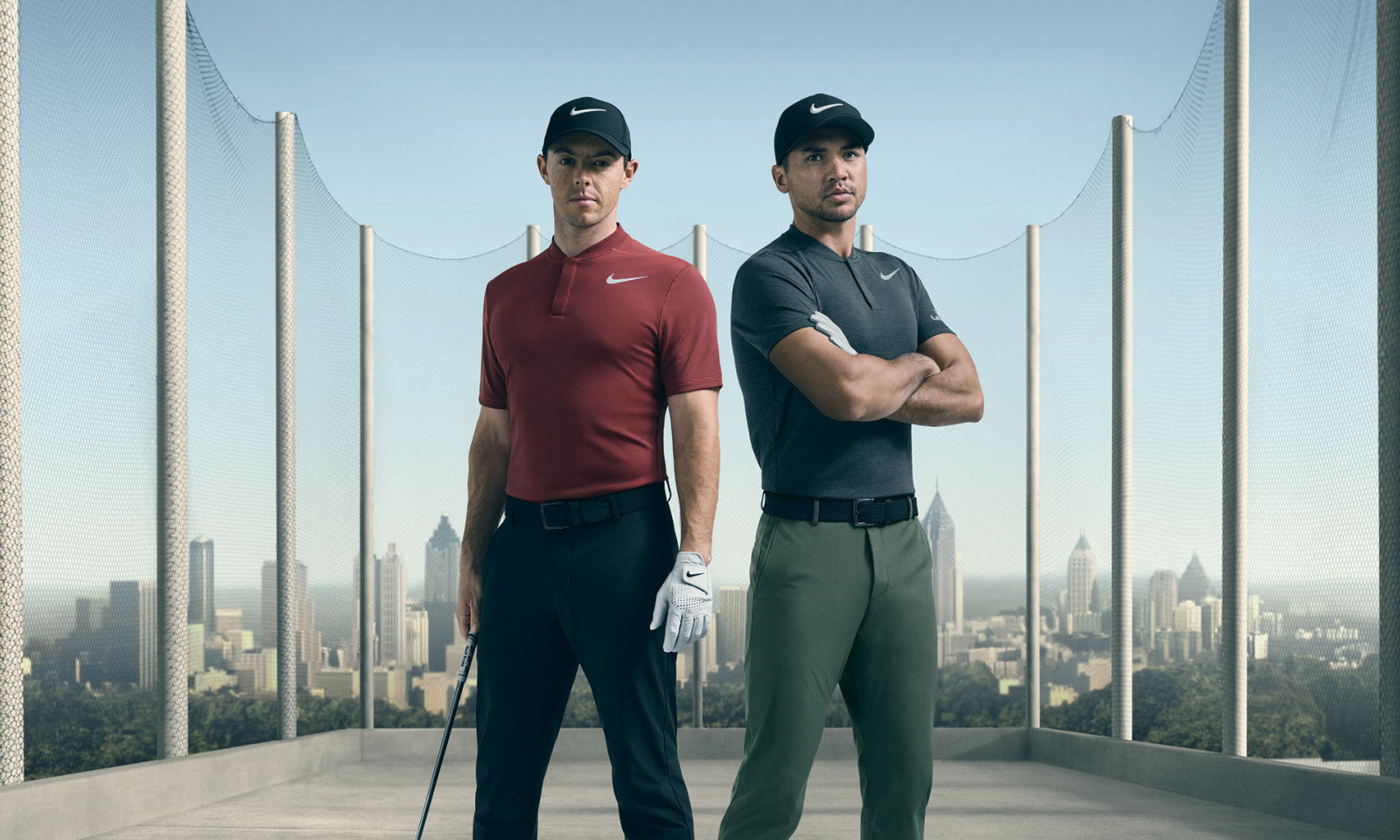 Among golf’s leading men who played in the 81st Masters Tournament at Augusta National this year, Rory McIlroy and Jason Day were among the Nike’s most stylish athletes to wear the latest high-tech performance apparel and footwear for the first major championship of the season. Here’s a head-to-toe look at what McIlroy and Day wore on each day of the tournament:

Two key apparel technologies were introduced to help to keep the Nike athletes cool and comfortable throughout an entire round of the major championship. The first innovation is Aeroreact, a responsive lightweight fabric that is uniquely engineered to adapt to changes in an athlete’s temperature, and Zonal Cooling, which provides optimal breathability where the body produces the most heat.

As for shoes, Rory McIlroy sported the Nike Lunar Control Vapor, including a new PE on Sunday. Jason Day competed in Air Zoom TW 71 PEs during all four days of the tournament.

Day will wear various colorways of the Nike Classic 99 hat, Flex pant and Air Zoom TW71 PE footwear during each day of the tournament. On Thursday and Friday he sported the Aeroreact polo, and on Saturday and Sunday he played in the Zonal Cooling polo.

In this article:Masters of Style