Angel’s Envy Is As Good As It Gets

After years as a Master Distiller Lincoln Henderson, the creator of Angel’s Envy, looked forward to retiring until his son encouraged him to seize the moment. Henderson spent most of his life as a Master Distiller at Brown Forman perfecting the recipes of bourbon whiskeys such as Jack Daniels, Woodford Reserve and Gentleman Jack, but he wanted more. Brand Manager Ian Arnold says Henderson wanted to try a new technique and continue his legacy. “He wanted to be more creative with whiskey and bourbon,” Arnold explains. “He wanted to age things in different barrels.”

Henderson began aging his premium bourbon whiskey in port wine barrels giving it a rich sweetness rounded out with a smooth finish. Though Kentucky straight bourbon is the standard for bourbons taking two years to age, Angel’s Envy would take four to six years and then another six to eight months. The entire aging is done with hand-blended batches of 8-12 barrels. The ingredients are distilled in micro-batches and then aged in American Oak.  The finesse he added to his product took more time, but the result was worth the wait. 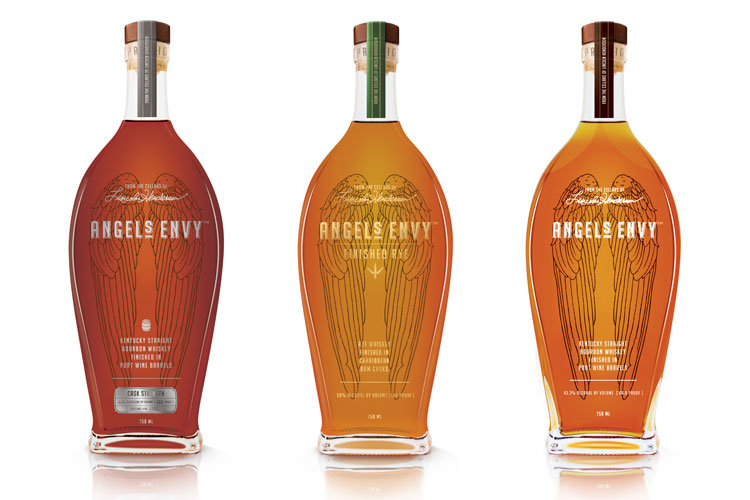 “There’s an expression 10/10, which is the date on every cork, because it was supposed to be ready by September of 2010, but it wasn’t ready,” Ian says. “He tasted it again in October and it still wasn’t ready. He thought it would take a month and it took six months. They kept the 10/10 on the corks as a story.”

Henderson named the bourbon Angel’s Envy because after tasting it he said they finally got a better deal than the angels, who get the “angel’s share” or 5% of spirit lost each year during barrel aging.  It’s a fitting name for an award winning bourbon. Angel’s Envy was the top ranked bourbon of the year in 2013 by Wine Enthusiasts Magazine garnering a 98/100; no other spirit has score that high in history. Angel’s Envy also received Beverage Industry News Editor’s Pick Award of Excellence and Best Spirit in the World by Spirit Journal in 2013. 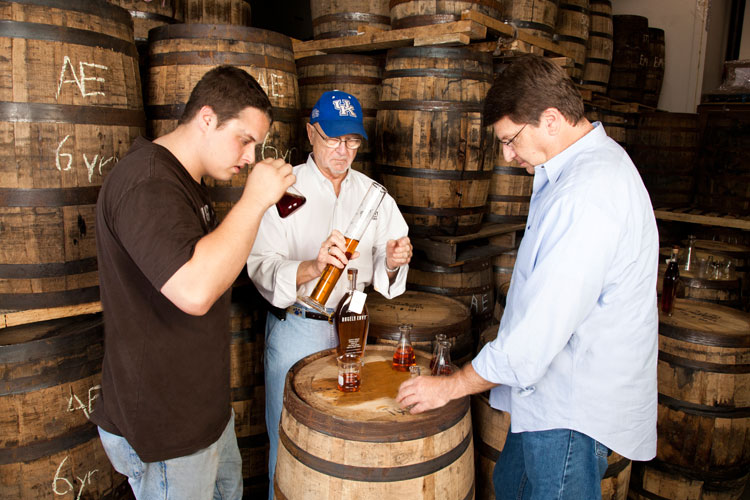 Sadly, Henderson passed in 2013, but he lived long enough to see his dream come true. Now, his son, Wes Henderson, has taken over the family business overseeing the completion of a 100,000 sq. ft. facility being built on Whiskey Row in Bardstown, Kentucky.

“Since Henderson’s passing, his son has stepped up to production. This will be the only facility on Whiskey Row where the whiskey is actually made in the facility,” Ian says. “Lincoln left his Angel in good hands.” 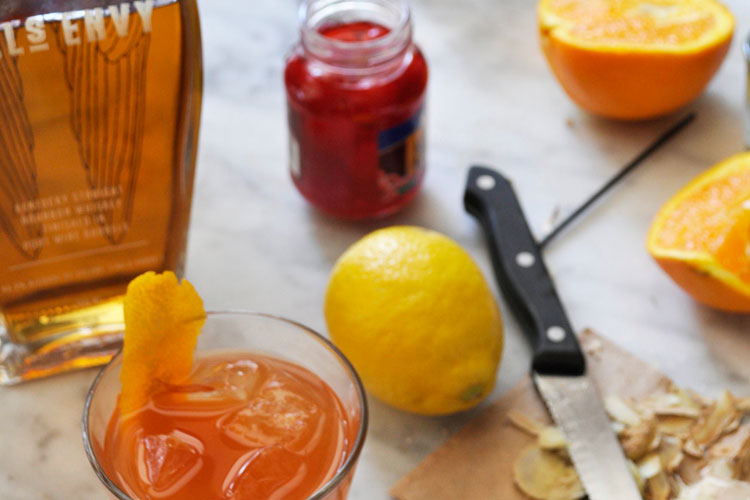 The Old Fashioned was allegedly created in 1891 to honor noted distiller James E. Pepper, who eventually brought the recipe to New York City’s Waldorf-Astoria Hotel bar. Shortly after Prohibition, a man calling himself “Old Timer” wrote a letter to the editor at The Times. He made an impassioned plea to the bartenders of New York, asking them to embrace and honor the traditional recipe of the Old Fashioned. Why is this relevant? Because Old Fashioned recipes have varied over the generations. There’s even a fierce scholarly debate over whether or not it includes cherries, muddled or otherwise. So to honor the spirit of this anonymous post-prohibition traditionalist and continue the debate, we’ll present a perfect Original Old Fashioned recipe below.

Pour the bitters, sugar and water into a mixing glass half-filled with cracked ice.

Stir well until the sugar is dissolved.

Strain over cracked iced in an old-fashioned glass.

Garnish with a twist of lemon.

FIND OUT MORE ABOUT ANGEL’S ENVY AND RECIPES AT: ANGELSENVY.COM

In this article:Angel’s Envy Is As Good As It Gets, Lincoln Henderson Crafts