A FIVE-STAR NATURALLY GREEN HAVEN SINCE 1976

Mention the word “Kiawah” to a golfer and one thing usually comes to mind – the 1991 Ryder Cup, otherwise known as the “War on the Shore”.  It was there, on the 18th green at Kiawah’s Ocean Course, that Bernhard Langer missed a six-foot putt, the final stroke of the championship, and relinquished the coveted Ryder Cup to America for the first time in six years. This instantly reinstated the USA vs. Europe challenge match as one of golf’s most watched events.

It was also during those same matches, that Team USA’s Mark Calcavecchia suffered one of the biggest collapses in golf history.  Four-up with four to play against the 28-year-old Ryder Cup rookie Colin Montgomery, Calcavecchia proceeded to evade all the remaining holes to halve the match, setting the stage for Langer’s infamous putt. The 94th PGA Championship in 2012 was played out at Kiawah Island, where Rory McIlroy dominated the final round and won his second major by a PGA-record eight shots.

While the Kiawah Island Golf Resort has been in operation since 1974, it wasn’t until 1991, when the Ocean Course opened its curtains to the world with a loud bang at the Ryder Cup, that “Kiawah” became a golf-household word around the globe.  The resort actually features seven golf courses.  Along with the Ocean Course, four more great layouts are open to resort guests and two even better courses are reserved for private members. 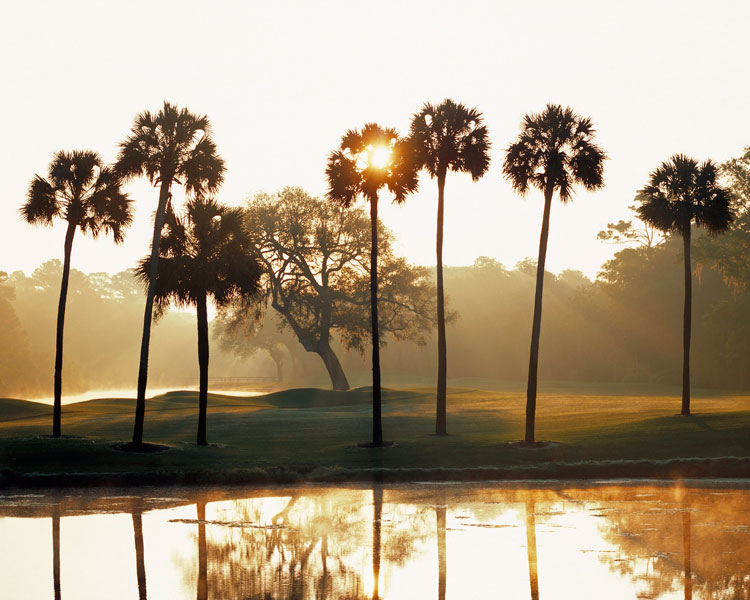 While all of Kiawah’s golf courses are superb, the celebrated Ocean Course is clearly the centerpiece of the property and was dubbed by Golf Digest as “the Toughest Golf Course in America.”  For golf stat junkies, the course has a 79.6 course rating, a slope of 155, and the wind is always blowing there, always.  For his devilish work, the course’s architect, Pete Dye, is often referred to as the “Marquis de Sod.”

The Ocean Course, with ten holes bordering the ocean, the course has more seaside holes than any golf course in America. In addition to the 1991 Ryder Cup Kiawah also hosted the World Cup of Golf in 1997, and it has a bit of Hollywood fame for serving as a backdrop for the Will Smith-Matt Damon movie, “The Legend of Bagger Vance.

The storied Ocean Course is familiar to golfer s the world over, but few are familiar with the ecological side of Kiawah Island Resort.  From the very beginning the focus of the project was to build a world-class golf course without damaging the environment. Attention to preservation still is a large part of managing the resort.

The resort is run under strict environmental guidelines set forth by the Kiawah Island Conservancy, an organization dedicated to preservation and management of critical maritime strand habitats of the barrier island.  Working with local government and developers, the group has overseen all of the environmental planning on the island.

The Maritime Forest Reserve and Nature Trail, located inside the properties, is an ongoing project to preserve the natural ecology and provides visitors the opportunity to enjoy the island in its natural state.  Along with the many different species of plant life native to the island, the reserve also serves as a protective shelter for bobcats, foxes, deer, rabbits and raccoons on Kiawah.

The Kiawah Island Conservancy even publishes a magazine called “Naturally Kiawah” highlighting the many “green” efforts around the community.  Leaving no detail left unattended, the magazine is, of course, printed on recycled paper. 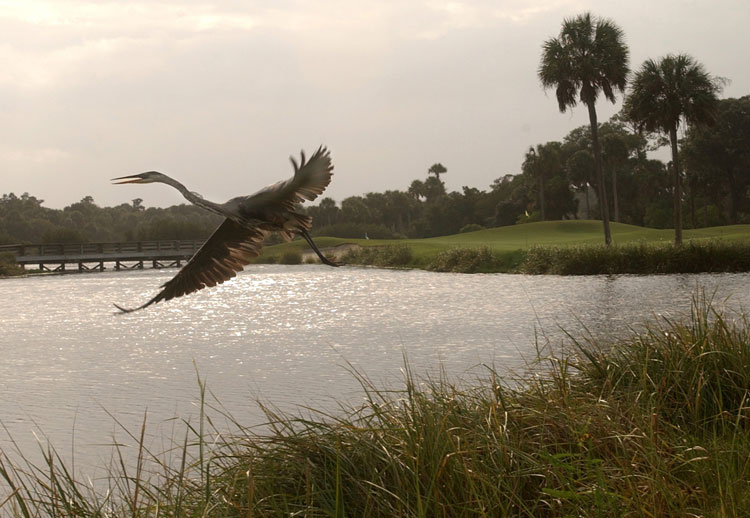 The resort runs a Nature Center for children with daily programs, which allow young people to explore and learn about the nature on the island.  The most popular subjects are the island’s many resident alligators and the loggerhead sea turtles, which build their nests on the island.

Mike Vegis, Kiawah’s Director of Public Relations summarizes the resort’s green efforts this way.  “We go over and above traditional recycling and conservation.  While mostresorts may have basic glass/metal/plastic recycling programs; we take it a step further.  We have a program that recycles everything from shipping pallets to computers, monofilament fishing lines, light bulbs, and even oyster shells.”

Recognizing the efforts of management, the land on which the Ocean Course was built has been designated a “Certified Audubon Cooperative Sanctuary” by Audubon International, an educational organization which promotes “green” consciousness.  Golf courses that receive this certification must satisfy stringent rules on Environmental Planning, Wildlife and Habitat Management, Chemical Use Reduction and Safety, Water Conservation, Water Quality Management and Outreach and Education.

In keeping with growing environmental concerns for water conservation, the Ocean Course has recently undergone a major renovation to replant tees and greens on the entire course with a particular type of grass called paspalum.  Paspalum grass is more tolerant of the salty environment found on seashore courses and requires far less watering to maintain.  The course already has 14 miles of underground pipe, which captures irrigation water and allows it to be recycled.

When the 19th Hole Magazine asked Roger Warren, the Past President of the PGA of America and current President of the Kiawah Resort, for his view on the “eco” side of Kiawah, he proudly replied as follows: “While it is now fashionable for companies to tout various “green” initiatives, Kiawah Island Golf Resort has been “Eco-friendly” since it was established back in 1976.  Not only do we have a five-star commitment to guest service, we also have a five star commitment to environmental protection and conservation.  For us, “green” isn’t a marketing tool, it is what Kiawah Island is all about.”

There are many more examples which illustrate Kiawah’s central philosophy of building a resort without sacrificing environmental damage, but perhaps the point is best exemplified through this seldom told story. 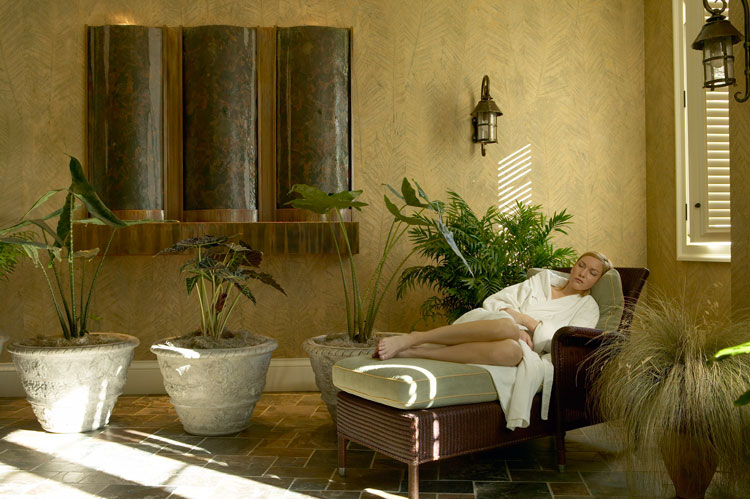 Before ground was broken on the Ocean Course, an environmental specialist surveyed the land and placed stakes in the ground to mark the areas to be protected.  As the specialist made his way down the proposed final hole, with the Atlantic Ocean to his right, he inadvertently dropped a stake in the sand further inland from his intended line.  The next day, a fellow worker came upon the fallen stake.  Assuming that the stake had somehow come loose overnight, the fellow drove the stake firmly in the earth.  When Pete Dye arrived to finalize the routing of the 18th hole, there was some puzzlement and a brief discussion as to why the stakes were not in a straight line along the dunes.  Allowing the benefit of the doubt the fairway was routed around the errant stake.

It was not until after construction was complete that the truth about the errant stake surfaced.  To this day, the home hole fairway juts leftward inland and then turns back right to a spectacular oceanside 18th green — all in the name of conservation.

Simply put, nowhere else in the world does great golf coexist in such perfect harmony with ecology.  Kiawah is today and will long stand as the definitive example of environmentally conscious course design.