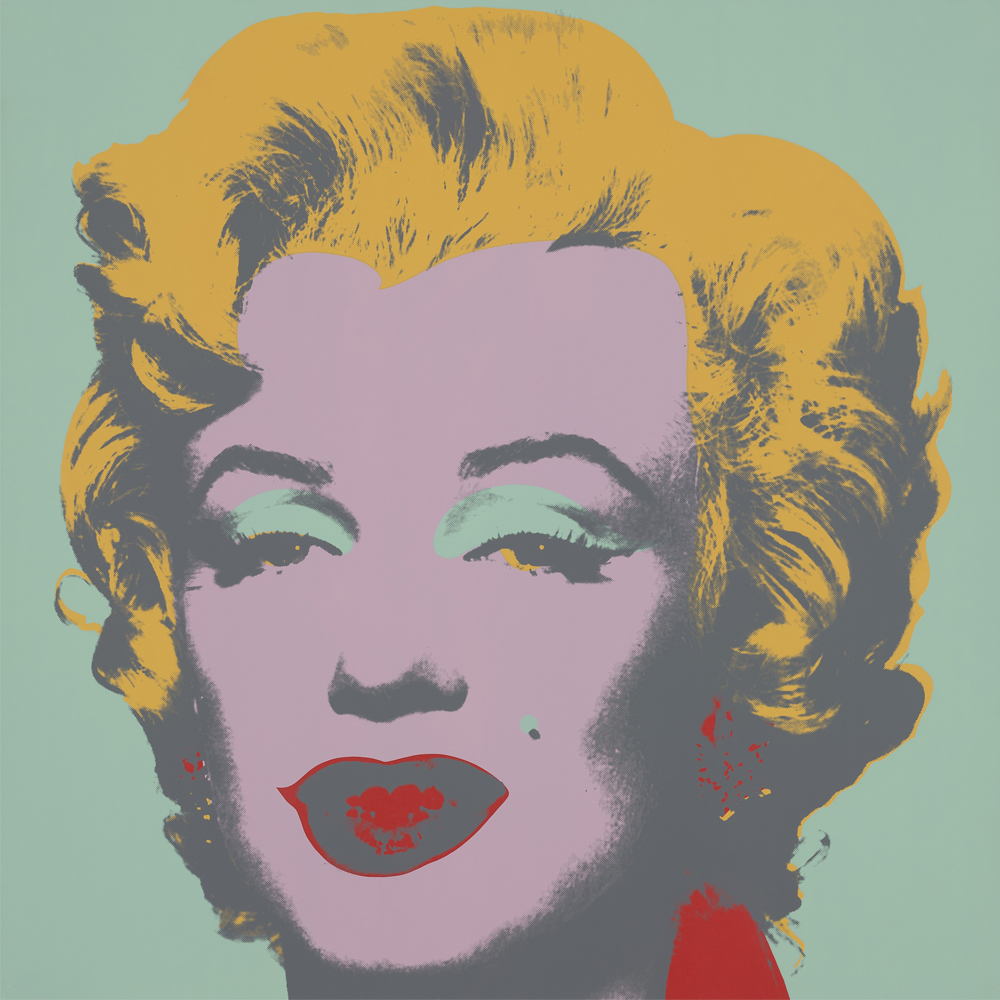 The highest price ever paid for an Andy Warhol painting is $105 million for the 1963 canvas titled “Silver Car Crash” (Double Disaster). Warhol works include some of the most expensive paintings ever sold.

Beginning this summer (June 3 through September 3, 2017) The High Museum of Art in Atlanta, GA will be the exclusive East Coast venue to present “Andy Warhol: Prints from the Collections of Jordan D. Schnitzer and His Family Foundation”

Printmaking featured prominently throughout Warhol’s career, beginning with his earliest work as a commercial illustrator in the 1950s. He discovered the process of silkscreen printing in 1962 and produced his first portfolio of screenprints, “Marilyn Monroe,” in 1967 at his legendary Factory studio. Subsequently, silkscreen printing became synonymous with Warhol’s career from the Factory Years through the end of his life.

The works in the exhibition are drawn exclusively from collections of Jordan D. Schnitzer and the Jordan Schnitzer Family Foundation in Portland, Ore. Remarkable for their nearly exhaustive range, the Schnitzer Collections offer an unparalleled opportunity to explore the breadth of Warhol’s influential graphic production over the course of four decades. The artist’s fascination with the commodification of celebrity chronicles American popular culture of the second half of the 20th century and serves as a prelude for considering our current fame-obsessed, media-saturated culture.

“Given Warhol’s wide-ranging impact on American culture and the significant influence of media today, it seems a fitting time to reexamine the confluence of printmaking and popular culture in Warhol’s career,” said Michael Rooks, the High’s Wieland Family curator of modern and contemporary art.

“Andy Warhol isn’t just a household name; he’s among the most influential artists of the 20th century. This important retrospective is an opportunity to revisit his work—and his far-ranging influence—in depth,” said Rand Suffolk, the High’s Nancy and Holcombe T. Green, Jr., director. “We are very grateful to Mr. Schnitzer and the Foundation for their collaboration on this project.”

“In this exhibition, which is the largest Warhol exhibition ever, you’re taken through one theme after another—the Kennedy assassination; Marilyn, one of the last great screen stars; Mao, probably one of the most important political leaders of the last 100 years,” said Jordan D. Schnitzer. “Artists, including Andy Warhol, push the envelope and force us to deal with the issues of the time. I think this Warhol exhibition will knock people’s socks off, with themes that are still relevant today.”

Organized chronologically, the exhibition takes visitors on a journey through the late 20th century with some of the era’s most powerful and enduring images. From portraits of Jacqueline Kennedy and Marilyn Monroe—imbued with a sense of the tragic—to evocative images of the Birmingham, Ala., civil rights protests and portrayals of influential 1970s personages, Warhol’s prints speak to the American values of the prosperous post-war consumer culture and foreshadow society’s preoccupation with celebrity, fashion, politics, sensationalism and scandal.

In addition to providing a broad socio-cultural perspective, the works on view offer an in-depth examination of the evolution of printmaking in Warhol’s career and the innovative use of repetition and serial imagery compelled by his early silkscreen printing at the Factory. Warhol famously complicated the distinctions between the original and the reproduction, challenging the concept of the unique or the authentic as the culmination of artistic achievement.

To envelop the visitor in Warhol’s world, a gallery dedicated to the Factory Era will feature works evoking the unbridled formative years of Warhol’s studio. Tinfoil wallpaper with graffiti by Atlanta artists will suggest the environment of the Silver Factory on New York’s 231 East 47th Street, which was decorated with tinfoil and silver furniture by photographer Billy Name. The High will also present the entire “Mao” portfolio against wallpaper that Warhol designed in 1974 for an exhibition of monumental “Mao” paintings.

In this article:Andy Warhol Prints