A Collection of Wines From Australia, California And Argentina

Greg Norman Estate Wines bear the ubiquitous shark logo and represent his outgoing personality and passion for enjoying life in wine, as in the case with all his products. Maybe that’s because he brings the same approach to his wine as he does to the game of golf. For him, it is first and foremost about enjoyment. Although he is in the business, Norman refers to himself as a casual wine drinker, rather than an intense wine connoisseur. However, his track record with wine judges reveals his exceptional level of taste.

The Greg Norman Estate brand has earned high ratings from The Wine Spectator as well as other wine aficionados. The Reserve Shiraz, earning a score of 94, is his highest rated and one of his personal favorites. It has deep, intense dark berry flavors, which are highlighted by hints of blueberry and filled with tannins that are pronounced without being overbearing. Premium Shiraz wines are among the most collected wines in the world. According to Kelly Keagy, Foster’s Wine Estates spokesperson. 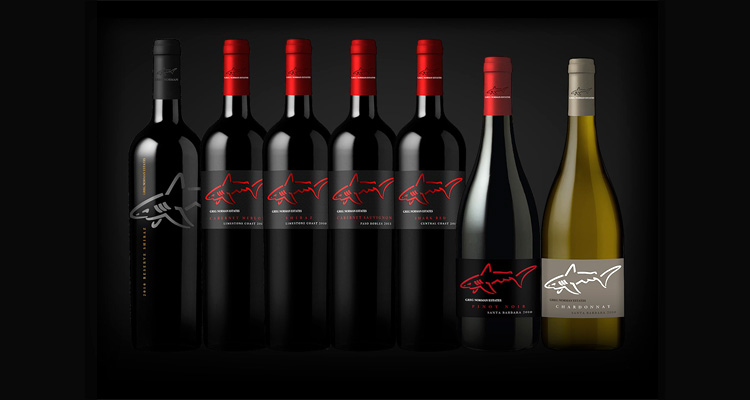 “Greg Norman Wines are all about over-delivering quality for the price,” according to Keagy. “The most expensive wine bearing the shark brand is the Reserve Shiraz, which has a suggested retail price of S50 per bottle.”

Known for his outgoing personality and style, for more than a decade Greg Norman won at least one tournament a year between 1976 and 1990. During this time, he was the No. 1 ranked player in the world for 331 weeks. He was named PGA Tour Player of the Year for 1995 and was inducted into the World Golf Hall of Fame in 2001.

When asked how his experiences in the golfing world contributed to his success in the wine industry, Greg says, “throughout my career, both within the world of golf and in my other endeavors, I’ve always endeavored to be the best. Winemaking is no different. I want to create the best wines possible.”