Golf in The Garden of England 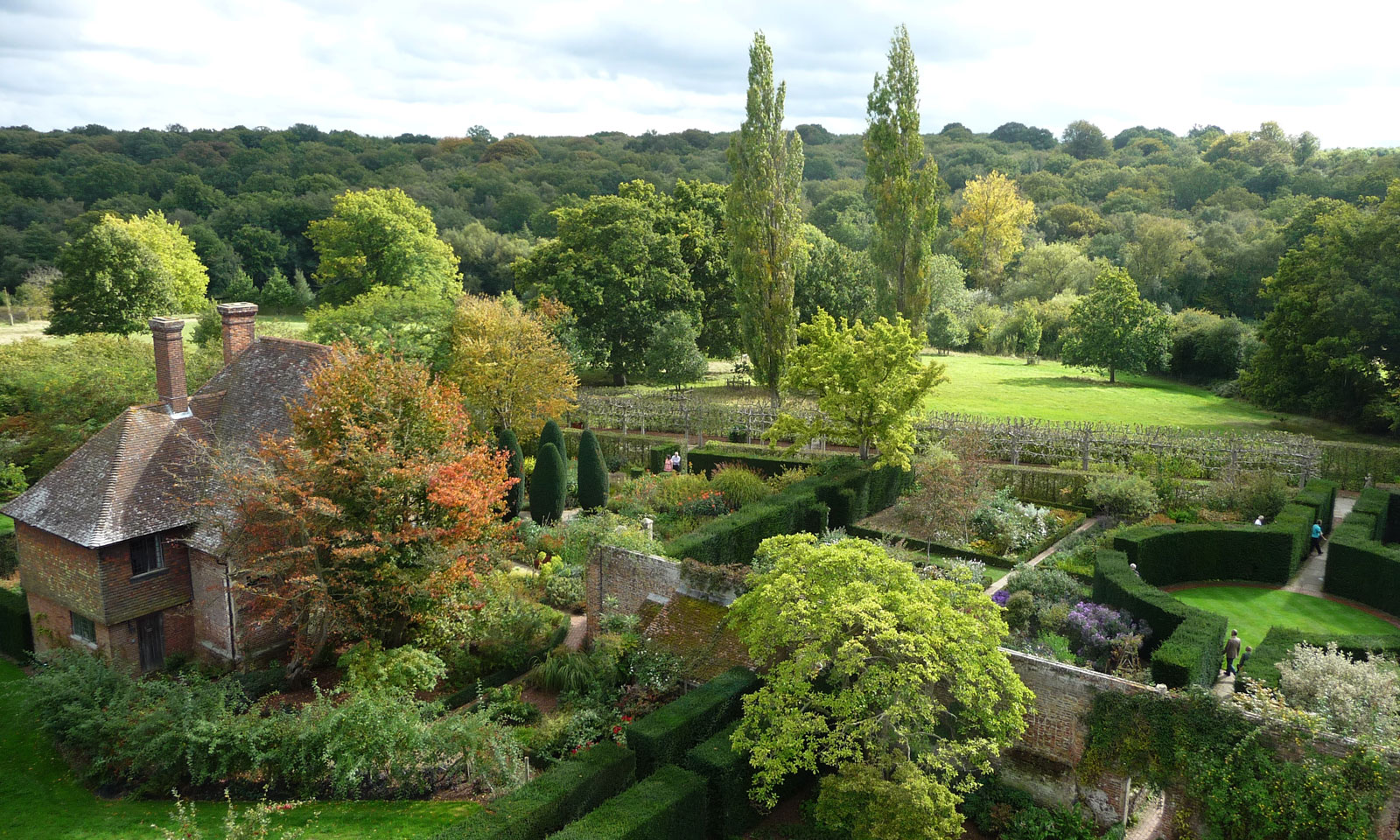 Kent has been known as the “Garden of England” ever since Henry VIII tucked into a bowl of juicy Kentish cherries and developed a passion for the fruit. With six wives under his belt, it seems Henry acquired many passions and tastes.

In Kent, the oldest county in England, a fascinating history lesson and a golf course worthy of your bucket list are usually just around the next bend in the road.

Last fall my friend Margaret and I decided to embark on a gourmet golf swing around Kent. I should explain that Margaret, an expert on all things distilled and fermented, makes her living writing about wine, spirits and the pleasures of the table. I am a fanatic about playing ancient links. We travel well together because we are kindred spirits when it comes to golf and gourmet pursuits. 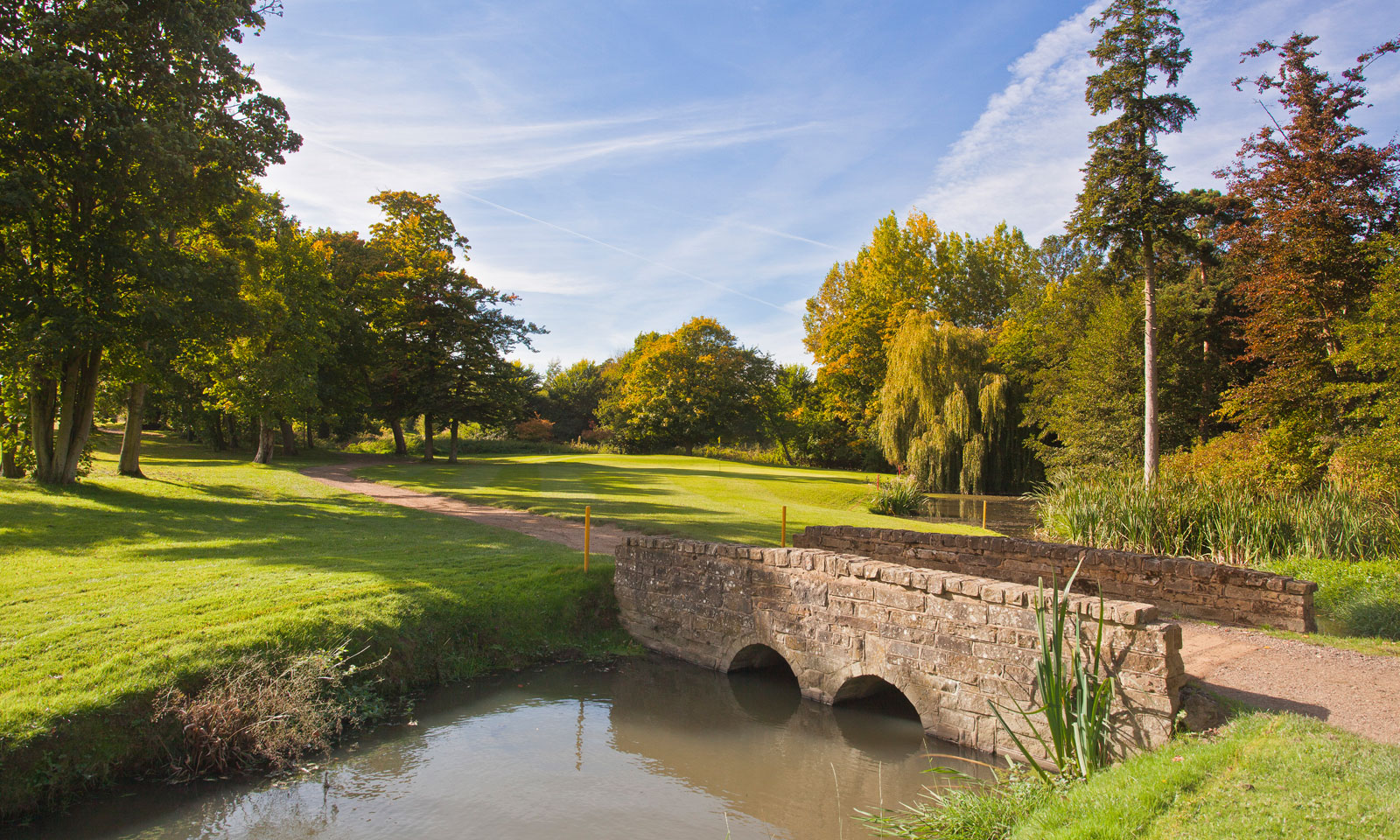 We began our swing at Hever Castle Golf Course in Edenbridge. Hever Castle is not only one of Kent’s most iconic attractions, it is also home to a par-72 championship parkland course, comprising the Kings and Queens nine-hole tracks, as well as the nine-hole Princes Course. Golf was first introduced at Hever in the 1920s for the personal enjoyment of the owners at that time, the wealthy American Astor family.

The championship course now boasts an array of stunning holes across its 7,002-yard layout, with the 644-yard, par-five 17th regarded as its signature. A stretch of holes from the 11th to the 13th – Hever’s very own “Amen Corner” – offers carries over water onto tricky, slick greens. 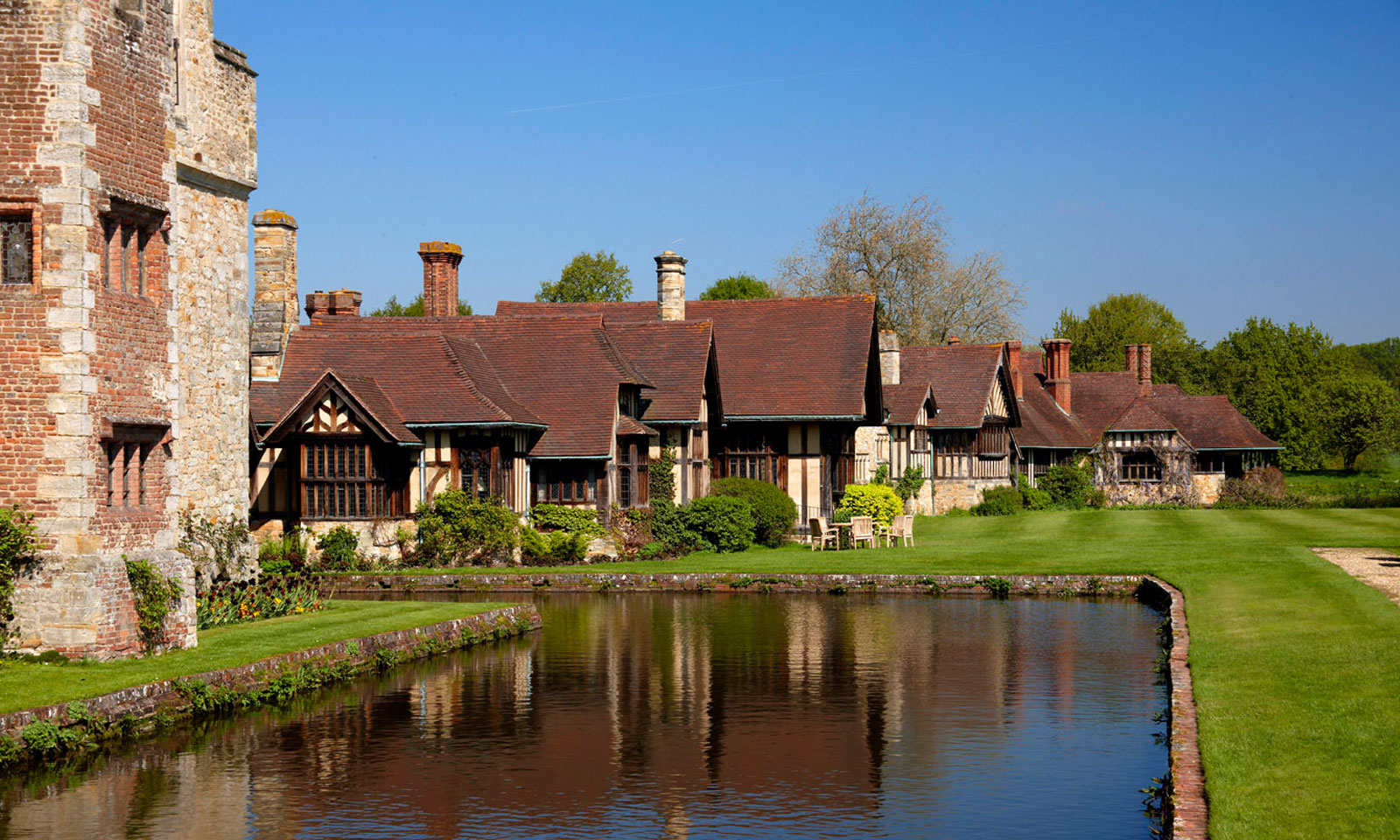 After our game we toured the gardens and double-moated, 13th century Hever Castle where Henry VIII’s second wife, Anne Boleyn spent her childhood. It was probably a much happier time than during her marriage to Henry who had her beheaded after 1000 days.

In 1903 William Waldorf Astor bought the castle and spent a fortune restoring it. Around the same time he built the Italianate Gardens and Tudor Village, now known as the Astor Wing. It currently operates as a luxury B&B. Margaret and I enjoyed breakfast in the oak-paneled dining room— a sumptuous affair featuring Kentish bounty such as local apple juice, honey, cheddar cheese and ham. 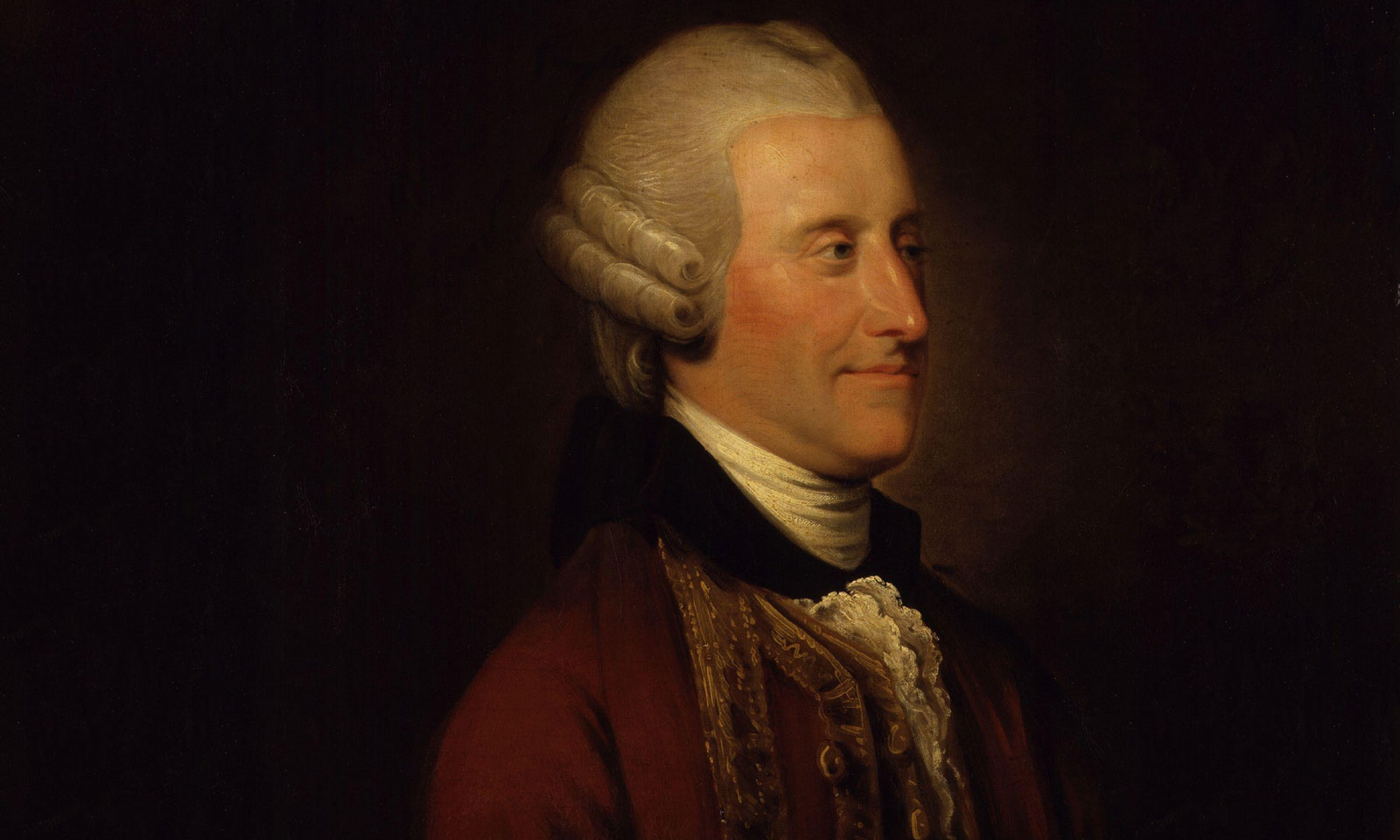 The First Sandwich and Sand Wedge

For the next three days, we tackled Kent’s most famous trilogy of golf courses. We drove past the White Cliffs of Dover to Sandwich, a gem of a medieval town.  A bit of trivia: it is rumoured that in 1762 the 4th Earl of Sandwich asked for his meat to be served between two slices of bread to avoid interrupting his gambling game. Others began ordering  “the same as Sandwich.” And the name stuck. 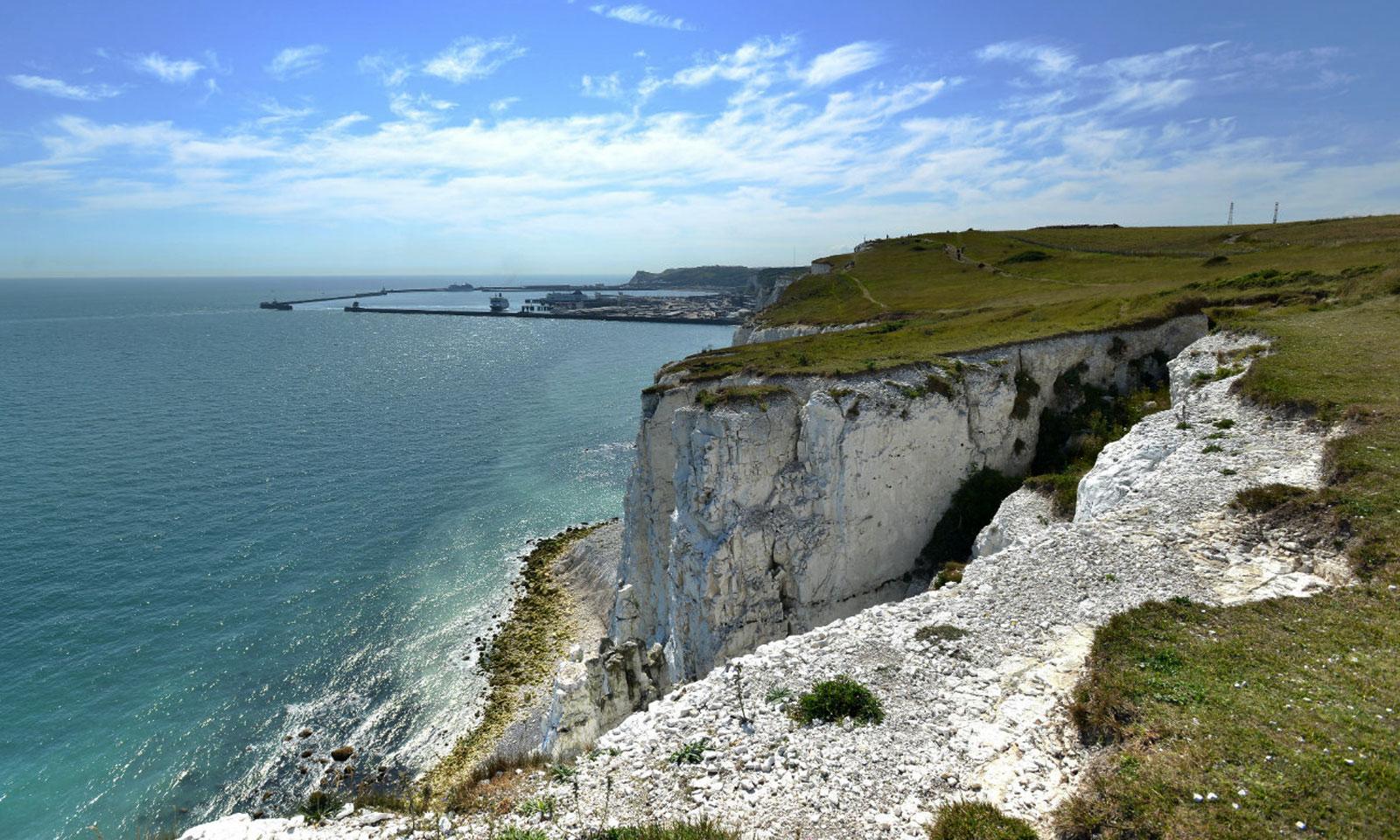 The effects of wind and tide caused the East Kent shoreline to recede, which meant Sandwich was no longer one of the largest harbours on the coast; it was now about two miles inland. The land left by the receding sea was the ideal place to create links courses for London’s upper echelons as it was only about two hours from the capital.

The most aristocratic of Kent’s celebrated links has to be Royal St. George’s, site of the (British) Open no fewer than 14 times since 1894 and host to the upcoming 149th Open in 2020. The club was forever immortalized by legendary member, Ian Fleming, in the novel Goldfinger as the course at which James Bond plays the classic match against Auric Goldfinger. It also boasts UK’s tallest and deepest bunker cut into a dune on the fourth fairway. 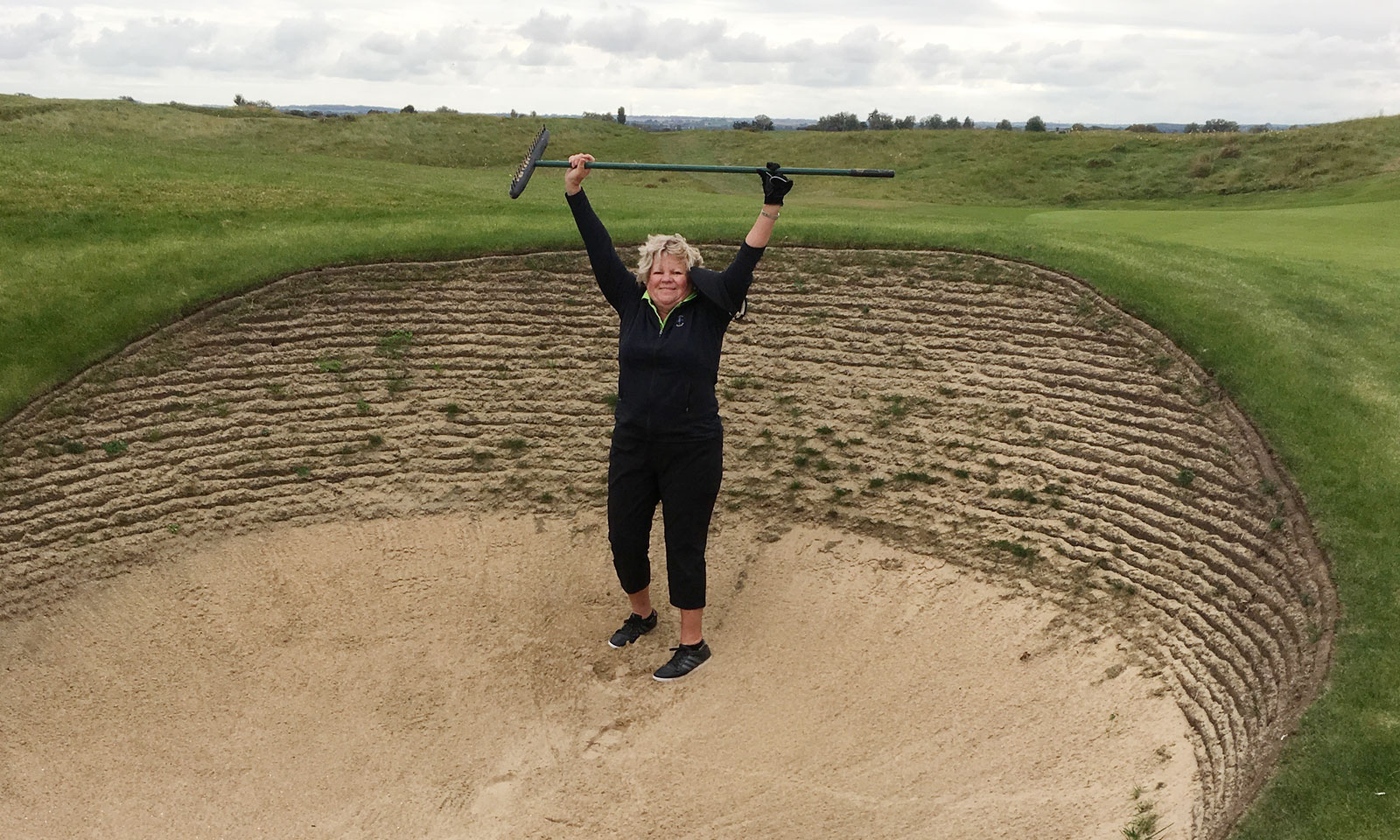 The bunker on the ninth fairway of Himalayas

The nearby Prince’s Golf Club has three nine-hole loops: The Shore, The Dunes and The Himalayas. Prince’s has hosted many Championships over its 100-year history, including The Open in 1932, won by the charismatic Gene Sarazen. On this occasion, Sarazen used the first sand wedge. An enormous bunker on the ninth fairway of Himalayas is named in his honour. Good luck if you land in it.

If you want to stay right in the “swing of things,” book a room at The Lodge at Prince’s located on the Prince’s Course and overlooking the English Channel. The modern Brasserie is the ideal place to brag about your birdies. 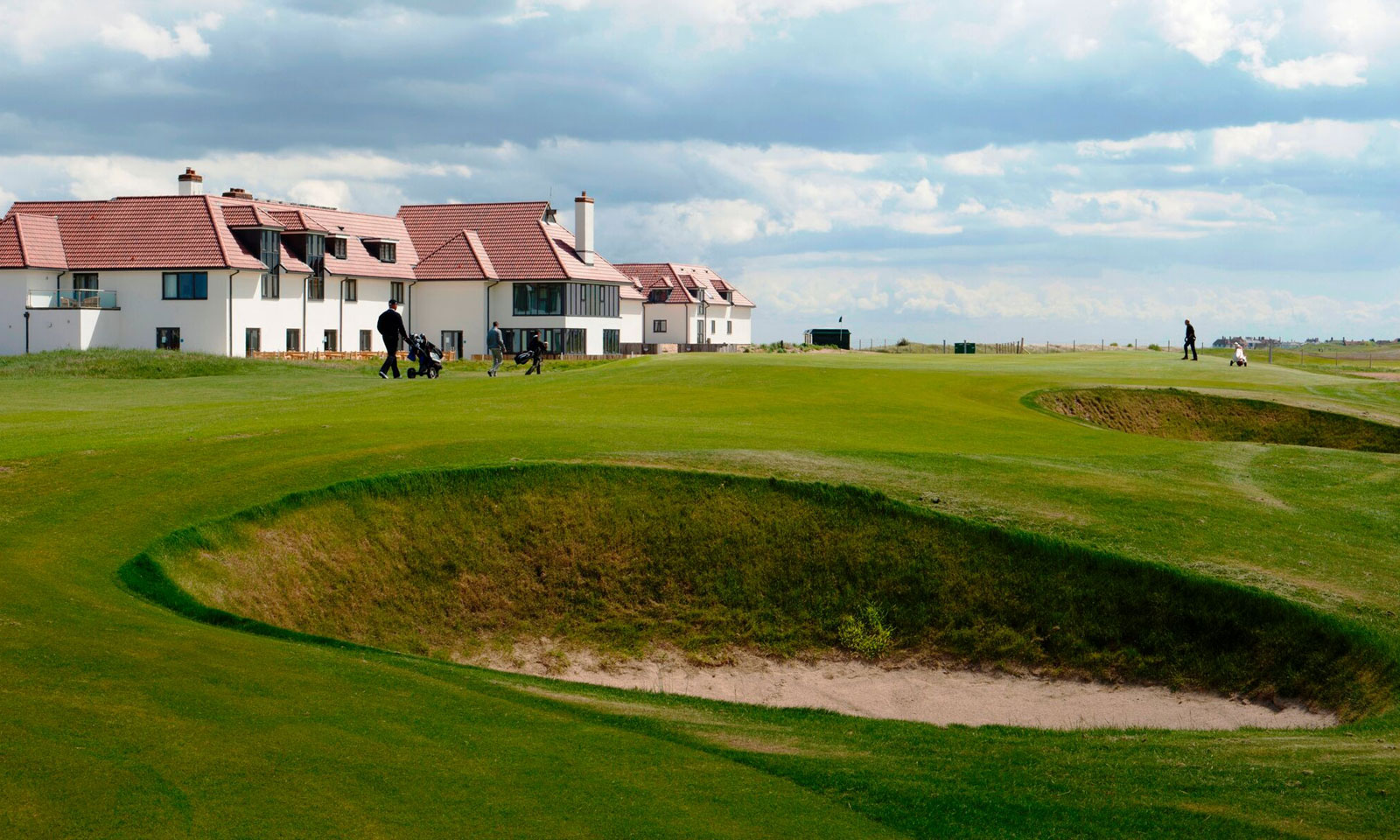 The Lodge at Prince’s

Royal Cinque Ports, or Deal as it is more commonly known, opened its first nine holes in 1892, with a second nine following that same year. Strong winds blow at your back for the entire front ten, then fully in your face for the long march home. Deal is a Jekyll and Hyde if ever there was one with the front ten luring you into a feeling of contentment and the back eight kicking you in the teeth. The splendid location directly on the English Channel looks across to France. You’ll probably see folks walking their dogs and riding horses along the fairways. 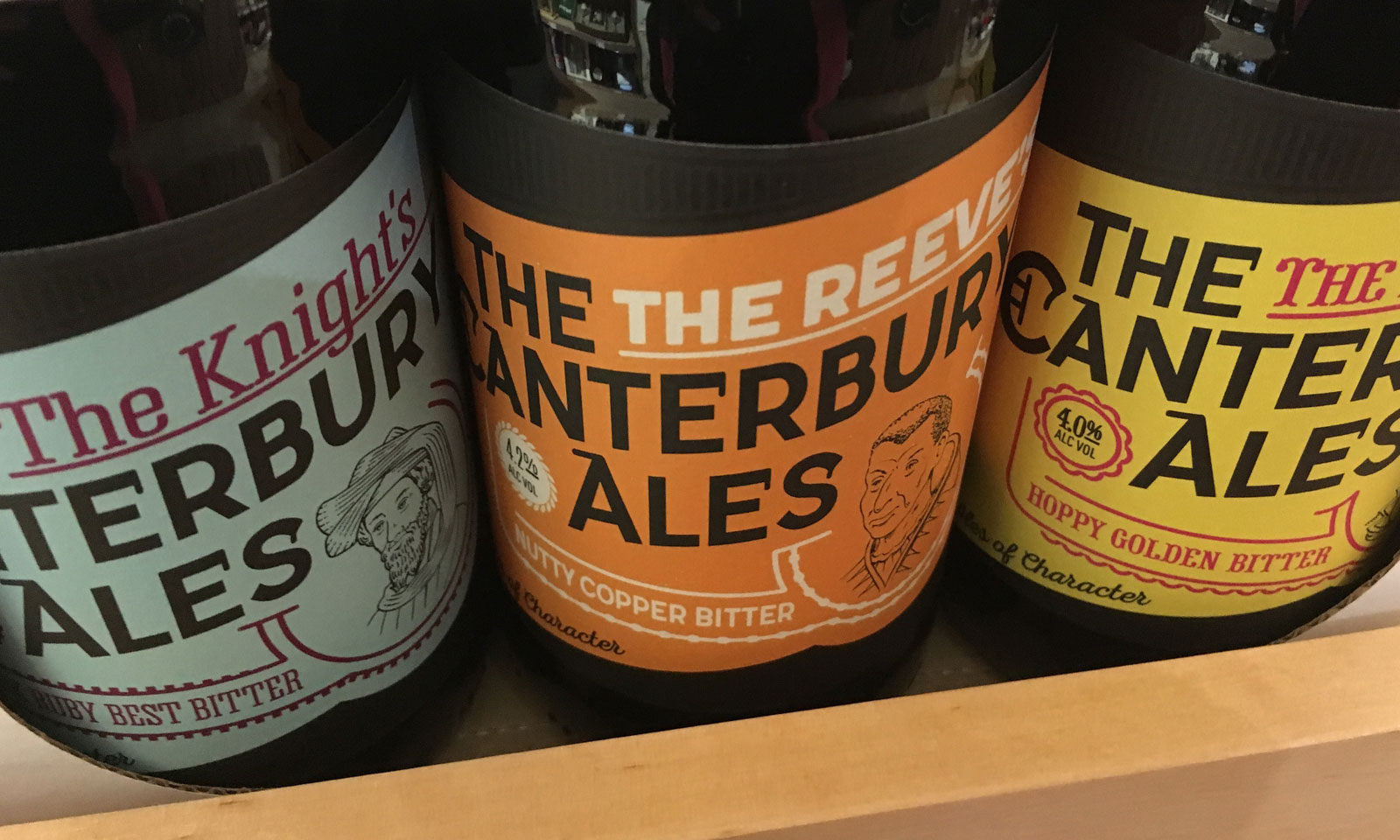 Even an agnostic such as myself should visit the imposing Canterbury Cathedral, England’s most sacred pilgrimage site. It is the place where Archbishop Thomas Beckett was murdered by four knights of Henry II in 1170. The great English poet Geoffrey Chaucer wrote Canterbury Tales about a group of pilgrims who traveled from London to visit the Cathedral in the 1300s. Canterbury is a vibrant town with lots of great shops and restaurants. At Chapman’s Seafood Bar you can have a feed of the famous Whitstable Oysters and Dover Sole washed down with some Canterbury Ales. 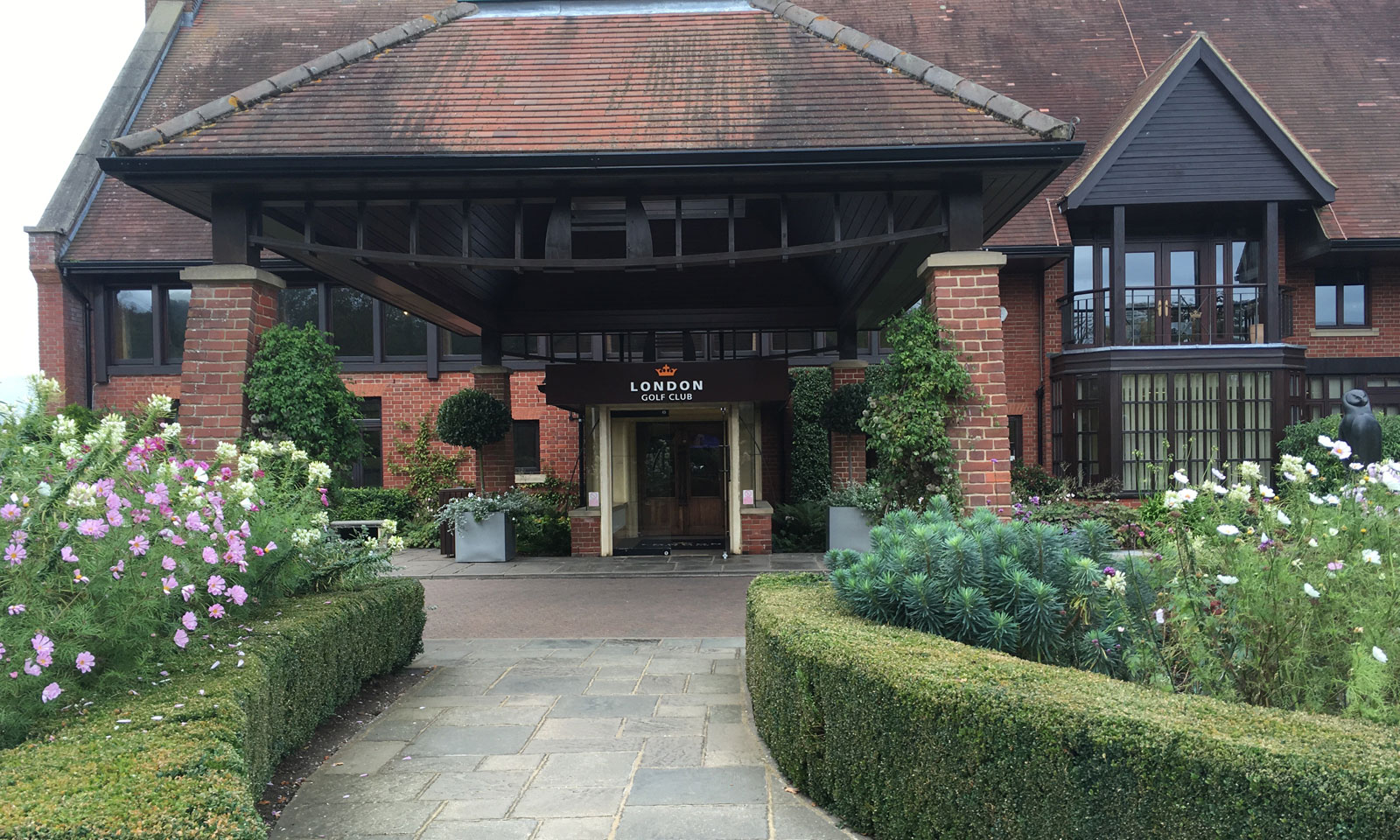 Margaret and I decided to fit in one more round before heading home. London Golf Club, situated just 40 km from the capital offers 36 holes of championship golf designed by Jack Nicklaus. The Heritage course provides an exhilarating test for all abilities with pristine conditioning on its fast greens. The International course is pure downland with quick, undulating fairways forcing a links-style approach. The clubhouse offers impressive facilities much in the style of a posh North American country club. We finished our round on the International Course and headed to the bar for a glass of Kent bubbly and a toast to the bountiful Garden of England.