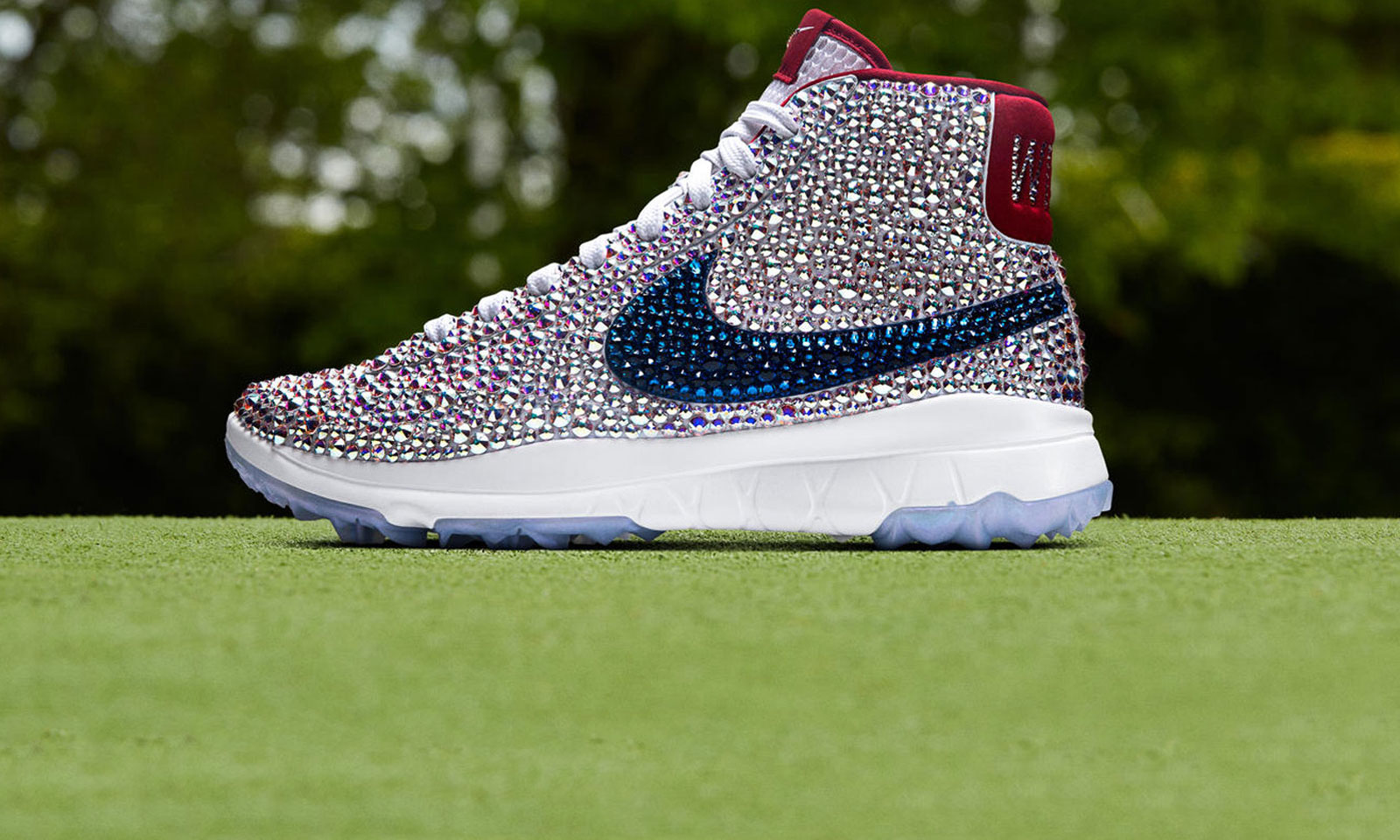 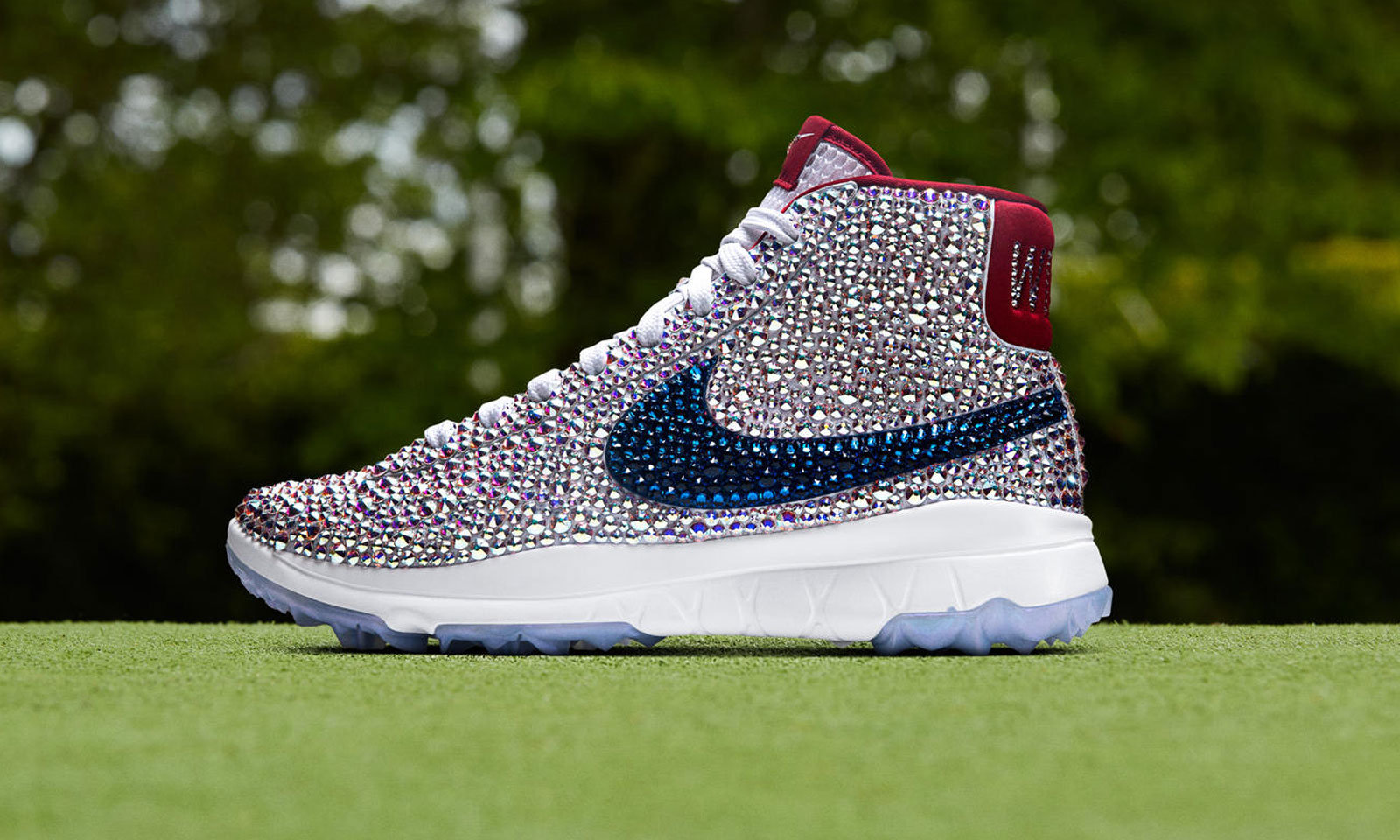 All eyes were on Nike athlete Michelle Wie during the 15th anniversary of the 2017 Solheim Cup, one of golf’s most anticipated women’s team tournaments.

Michelle Wie, a former US Open champion, made headlines wearing the Nike Blazer PE, embellished with Swarovski crystals, during range practice at the 2017 Solheim Cup in Des Moines, Iowa.

Nike worked with Swarovski to create these one-of-a-kind shoes. The shoe is fully adorned with crystals in Swarovski’s brilliant Aurora Borealis effect, and each crystal is hand-applied. A pair of the Nike Blazer PE for Wie, in women’s size 9.5, has approximately 6,110 Swarovski crystals total on the upper. 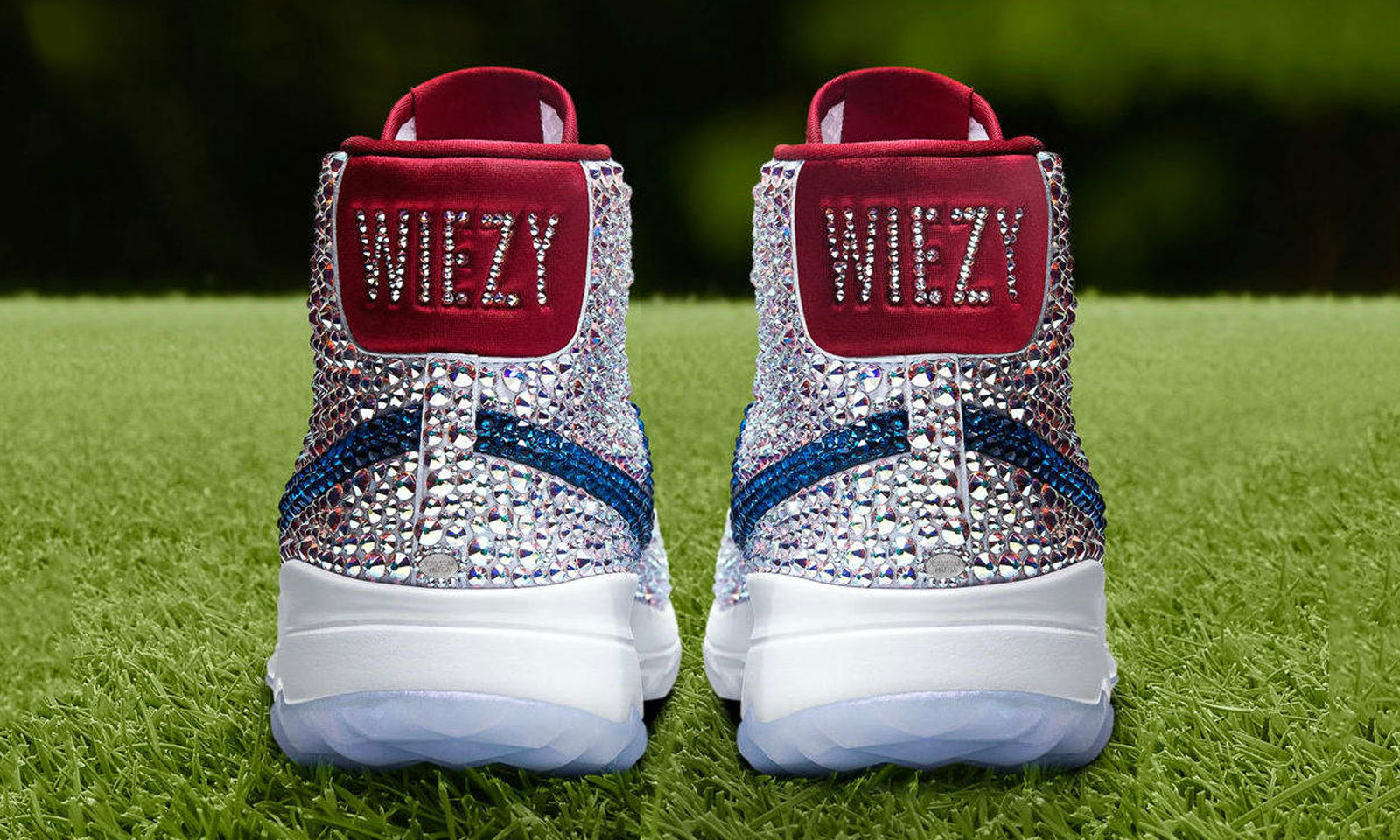 Opting for a patriotic USA-theme, the colorway for the shoes was inspired by Team USA, which Wie competed with against the European team. The White crystals are offset by the Red and Blue crystals noted on the lining, heel, and Swoosh. Wie’s nickname, “Wiezy,” also appears on the Blazer in crystal form on the heels.

Michelle Wie celebrated on a studded field at Des Moines Country Club with her teammates as Team USA won the 2017 Solheim Cup, beating the European team for the second year running. Wins from fellow players Paula Creamer, Cristie Kerr, Lizette Salas, Gerina Piller, and Danielle Kang, combined with halves from Lexi Thompson and Angel Yin and were enough to see the USA win 16 ½ – 11 ½.