Capturing the Essence of Tucson Golf 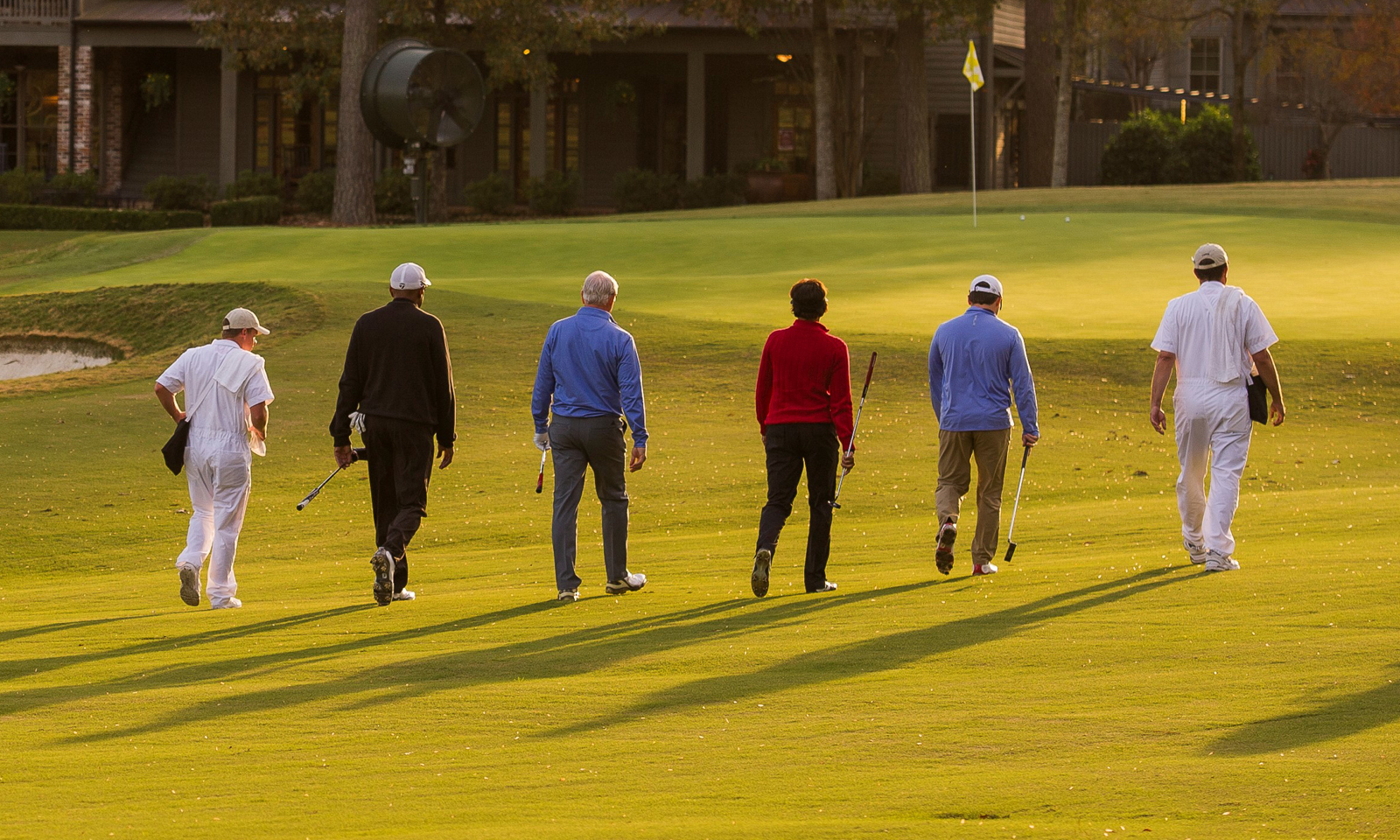 After posting some photos of Champions Retreat on social media, a couple buddies were in a bit of a fervor wondering whether I’d scored a round at Augusta National.  With towering Georgia pines, impeccably kept fairways and caddies decked out in traditional white jumpsuits akin to the ones you’ll see at the hallowed grounds just down the road, it’s an honest mistake to make.

Champions Retreat answers the riddle of what would happen if three of golf’s mightiest heroes joined forces?  Arnold Palmer, Jack Nicklaus, and Gary Player, who between them have topped the leaderboard at 159 PGA TOUR tournaments and earned 34 Major victories including a bakers dozen green jackets, collaborated to craft a tale of three nines on one property. 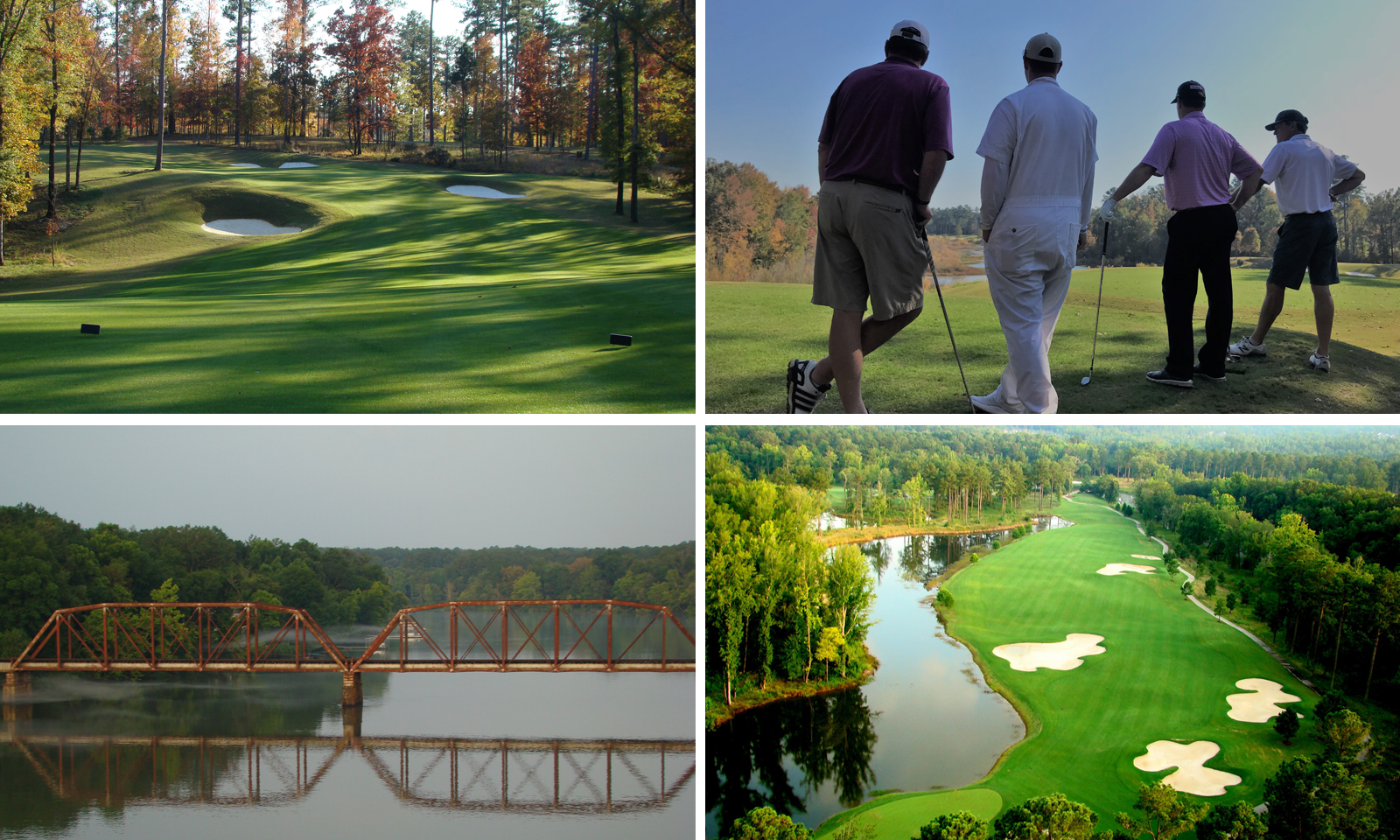 It all came together at the 1999 Masters Champions Dinner. The Black Knight shared his vision with the Golden Bear and the King, and a seed was planted to build the 27-hole spectacular.  Just fifteen miles from the gates of Augusta National, Champions Retreat is designed on a pristine former timber plot abutting the great Savannah River.  Depending on who tells the story, the legends either drew straws or numbered index card to determine where each of their individual nine-hole designs would be plotted.

“Gary Player sat down with Jack and with Arnie and they pulled straws based on major wins,” relates membership director Andrew Press. “So Jack who had the most major wins pulled the first straw and wound up with The Bluff. Arnie wound up with the island and that left the creek to Gary.” 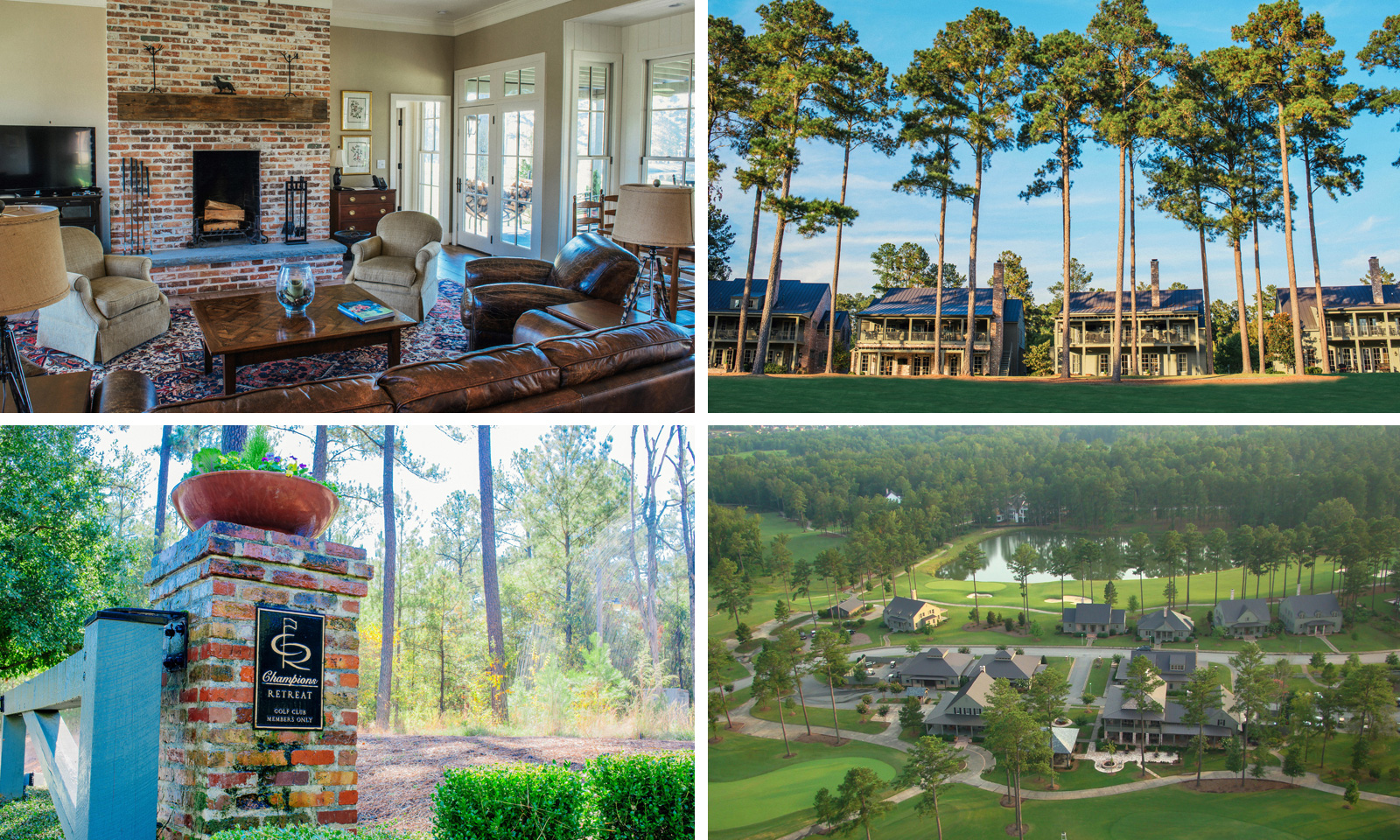 The result is a tale of three very different nines.  There are elevation changes aplenty on the Nicklaus course, visually the most similar of the three to Augusta National. Then there’s the Player course that wraps around the wetlands of Uchee Creek, and the topography shifts once more for the Palmer course that features six holes played out on an island on the Savannah River. For kicks, when you reach No. 6, walk behind the tips and face the river’s edge. Find a couple banged up balls in your bag and attempt to airmail a 250-yard interstate golf shot into South Carolina.

While scorecard tally may steer players one way or the other, golf architecture wonks who play Champions Retreat can finally decide whether they’re a bigger fan of Gary Player and his penchant for larger green complexes and consideration for the flaws of higher handicappers (you won’t find many long bunker shots) or Palmers undulating fairways and tricky greens.  Maybe its the challenge Nicklaus consistently offers off the tee that wins you over.  On this one and most of Jack’s layouts you got to be smart about the placement of your opening gambit if you want to have an opportunity to score well.    The general consensus is you really can’t go wrong here, these are three superb nines, but if you must rank them, the Bluff takes the honors for best layout, the Island wins the beauty pageant, and the Creek tops the leaderboard as the most playable. 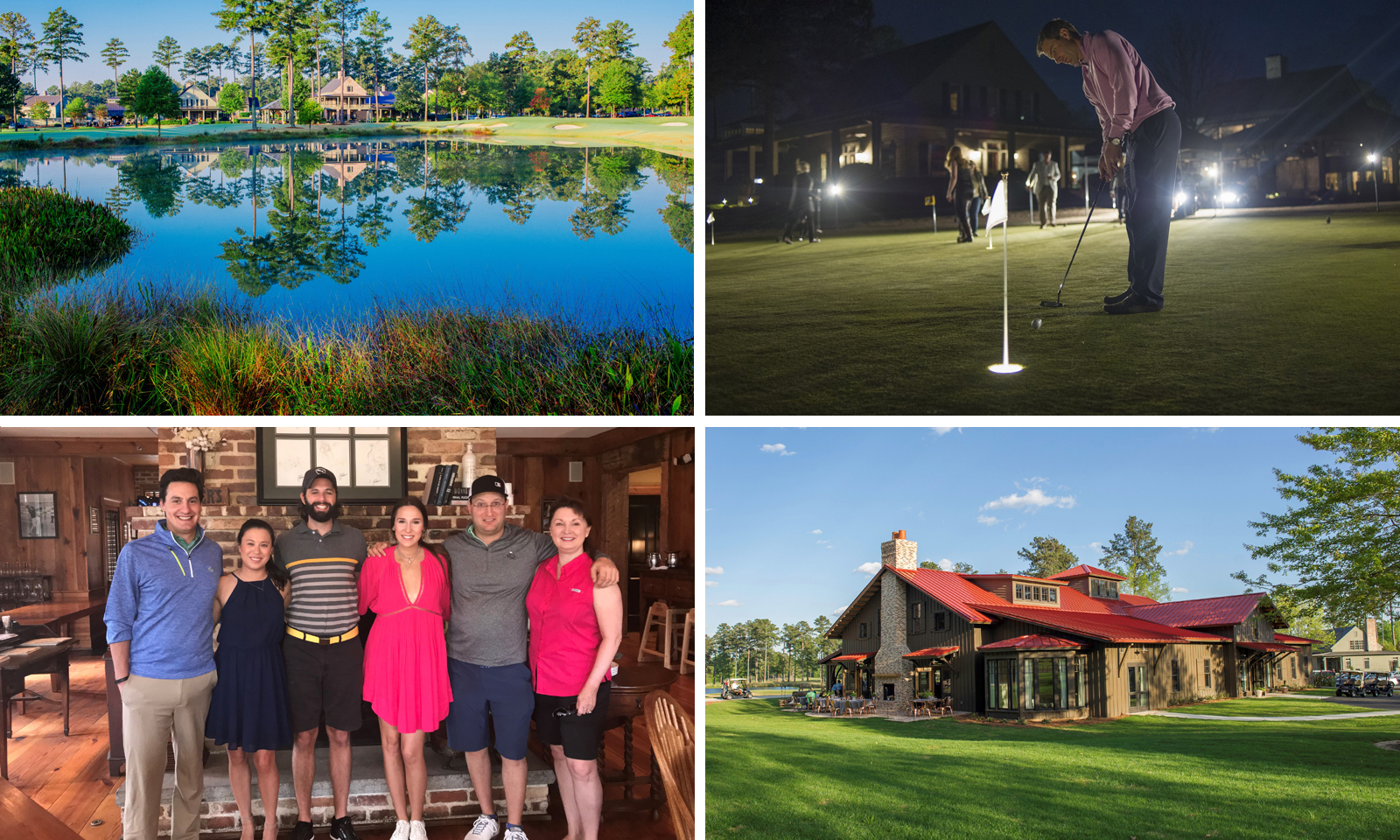 Year round play at this tony Heritage Golf Group property is restricted to club members and their guests, but during Masters Week, the public can come out and play.  During the 2018 Masters tee times for foursomes go for $2,400-$2,750 and include a caddie as well as a merchandise credit for food and beverage for each player.

While you don’t have to stay to play, Champions Retreat is the ideal spot to bed down in the lap up luxury for those seven days in April.  A true VIP experience, CR will set you up in a swank home mere minutes away from the quest for the green jacket. Champions Retreat also offers a fleet of BMW X3 and X5 house cars available for guests to use at a cost of $900 for the week or $125 per day. They always pull out all the stops including live music, oyster roasts, and pig pickin’ soirees. There’s bottle service, and a lit putting green and driving range with cabana seating—the ideal setting for evening re-enactments of the day’s most spectacular shots.

Images courtesy of Champions Retreat PR and by Mike Dojc.