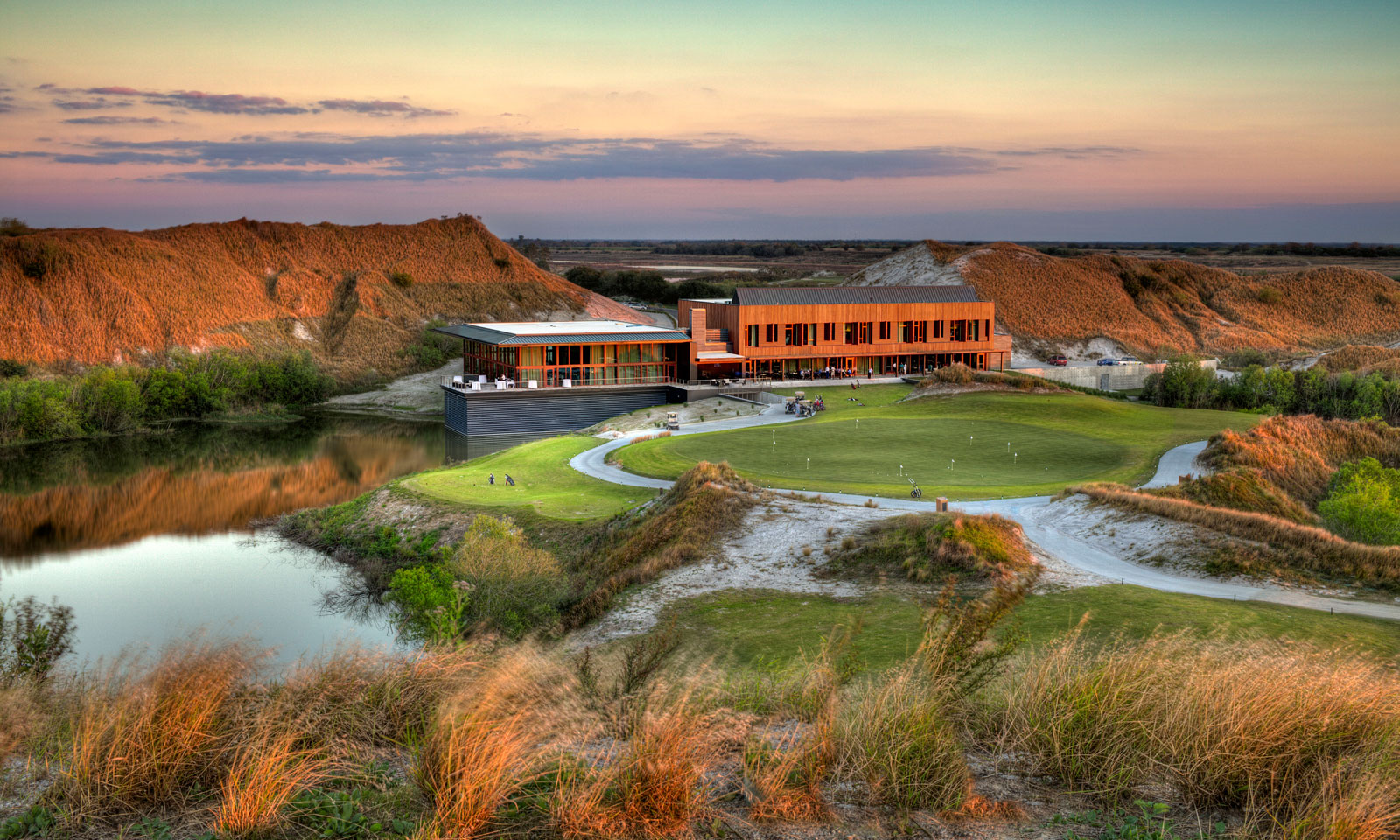 The architectural golf team of Bill Coore & Ben Crenshaw is one of the most respected and admired in the world. Since establishing their firm in 1986 — Coore & Crenshaw Inc. — this legendary duo have designed some of the most popular and top-ranked golf courses in the world such as the prestigious and exclusive private club, Sand Hills Golf Course, in Mullen, Nebraska and Bandon Trails at the world-renowned Bandon Dunes Resort in Bandon, Oregon, as well as several others. What’s their secret?

Coore & Crenshaw have great respect and admiration for the older, classic style golf courses where the design was often dictated by the natural lay of the land and, essentially, what the land presented to them. During a period in the 1990’s when golf course architects build golf course after golf course by moving unearthly amounts of land and dirt, driving costs up, Coore & Crenshaw held true to their minimalist values—Design golf courses by moving as little earth as possible whereby traditional, strategic golf is the most rewarding experience.

This design strategy, as well as blending in their personal admiration for traditional courses and the rich history of the game has made them one of the most sought out architects in the world. That being said, Coore & Crenshaw only work on projects and land where they can hold true to their architectural values.

Here are some of my personal favorite Coore & Crenshaw golf course designs in the USA: 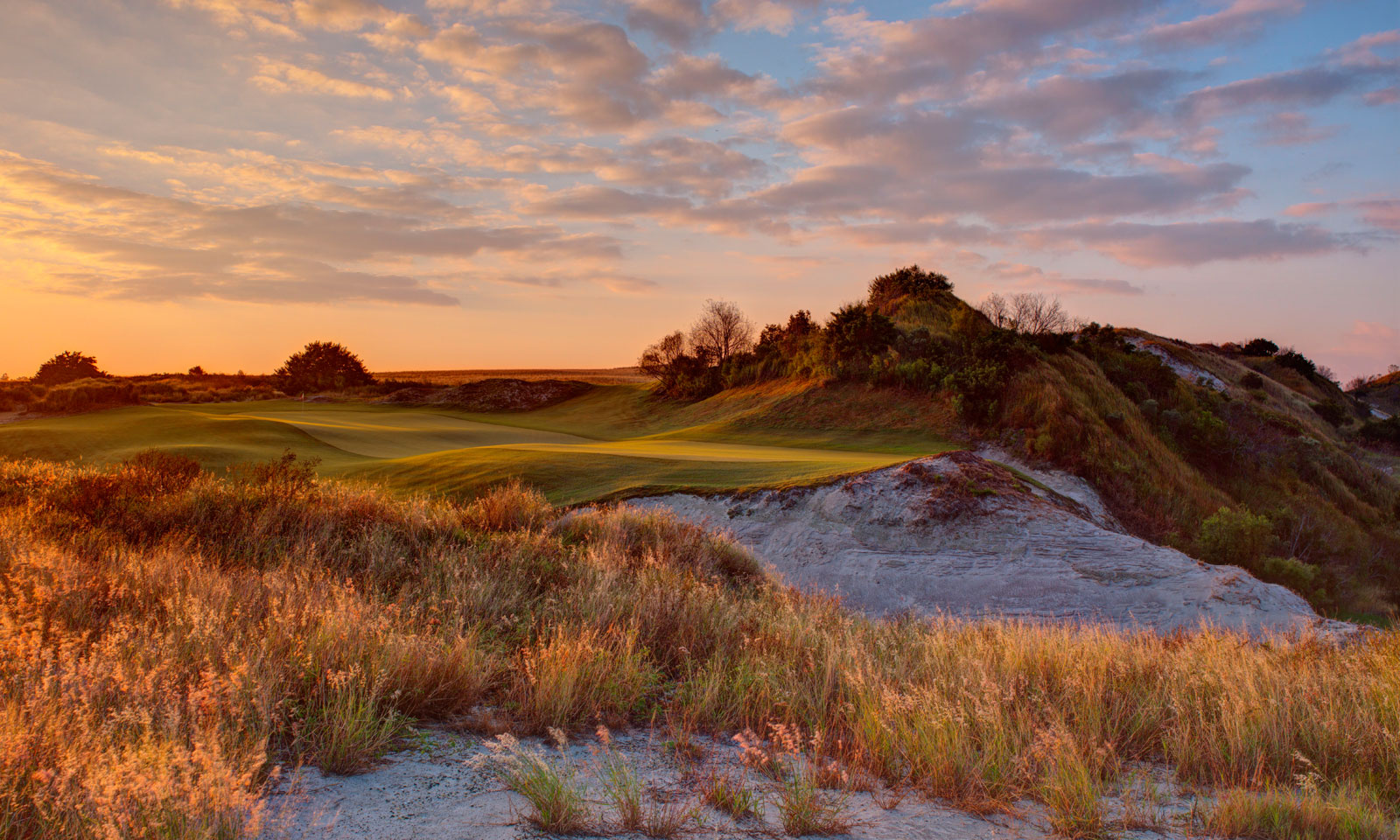 Streamsong Red, known for wide fairways and strategic bunkering, is surrounded by beautifully breathtaking natural landforms and lakes, is an 18-hole masterpiece that thrills golfers of all levels with its mix of strategy and creativity of design. Staying true to the classical roots of the game, walking the course will give golfers a better appreciation of the subtleties of the natural shape of the land.

As Bill Core stated: “At Streamsong, we have the opportunity to work with a site that contains some of the most unusual, interesting and dramatic land forms we have ever encountered.” 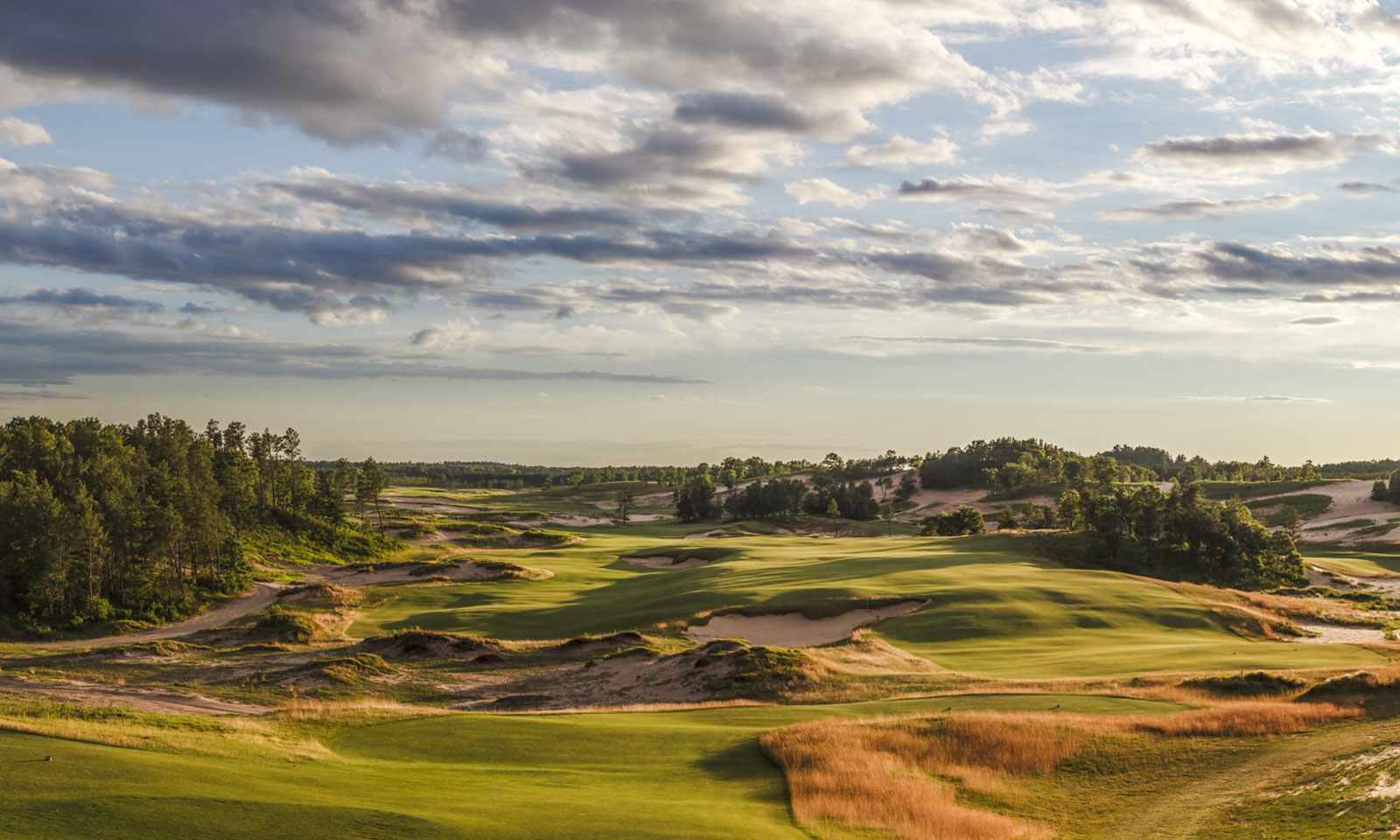 Located in the prehistoric sand dunes of Central Wisconsin, the Sand Valley Course, along with the Mammoth Course at Sand Valley, have helped to elevate Wisconsin as a premier golf destination in the world. 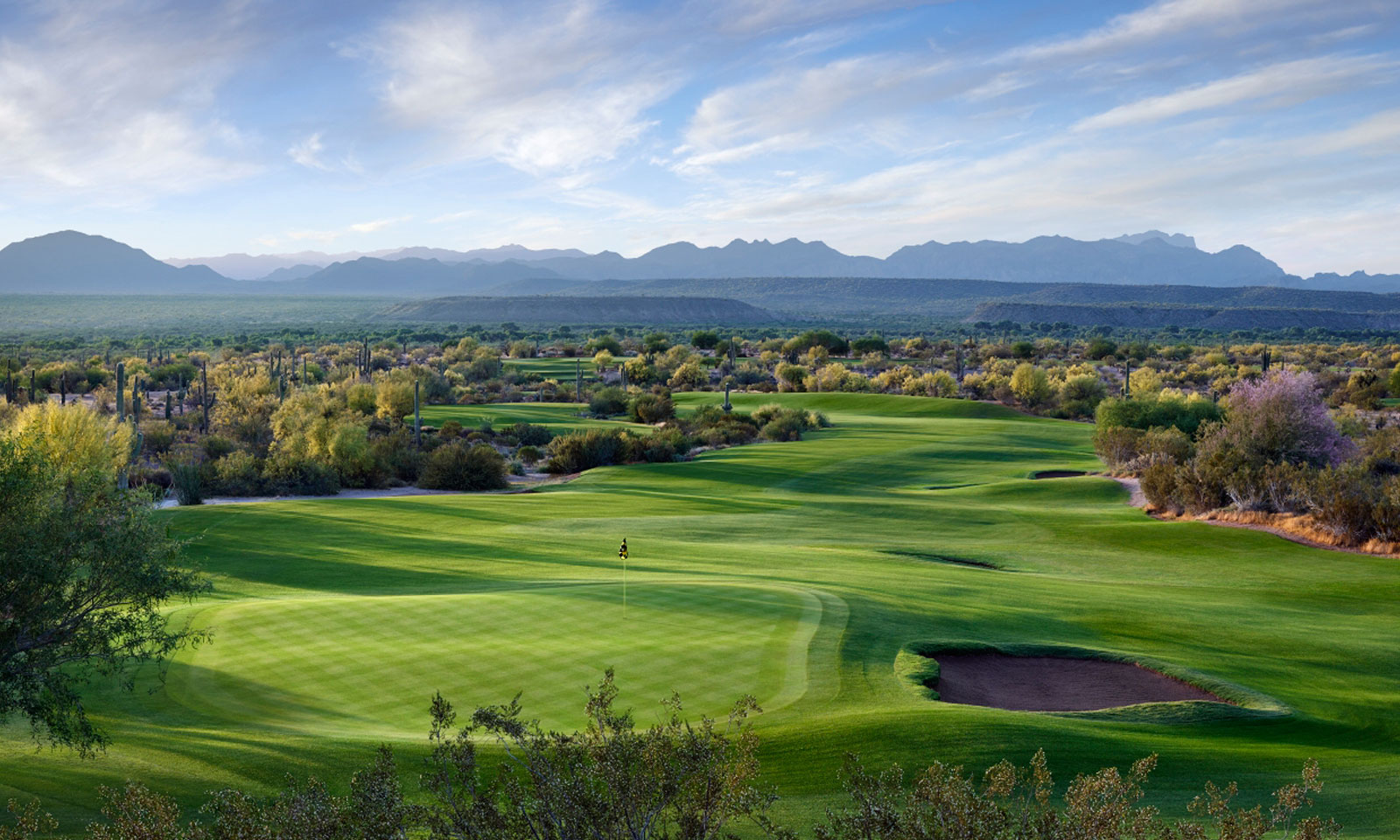 We-Ko-Pa Golf Club located just outside of Scottsdale in Fountain Hills offers two spectacular 18-hole golf courses—Cholla and Saguaro. The Saguaro Course opened in 2006. I was fortunate enough to play it just a few days after it opened and instantly fell in love with it. The conditioning was exceptional, feeling as though it had been there for years. The layout itself was equally outstanding, challenging, and fun. Ever since its opening, Coore & Crenshaw’s Saguaro Course has maintained the #1 ranking for public access golf courses by Golfweek Magazine.

Although walking is not required on either of the golf courses at We-Ko-Pa, Coore & Crenshaw had the idea in mind when creating the Saguaro Course. They achieved this with relatively short walks from greens to tee boxes, providing a “Scotland in the desert” feel to the course. 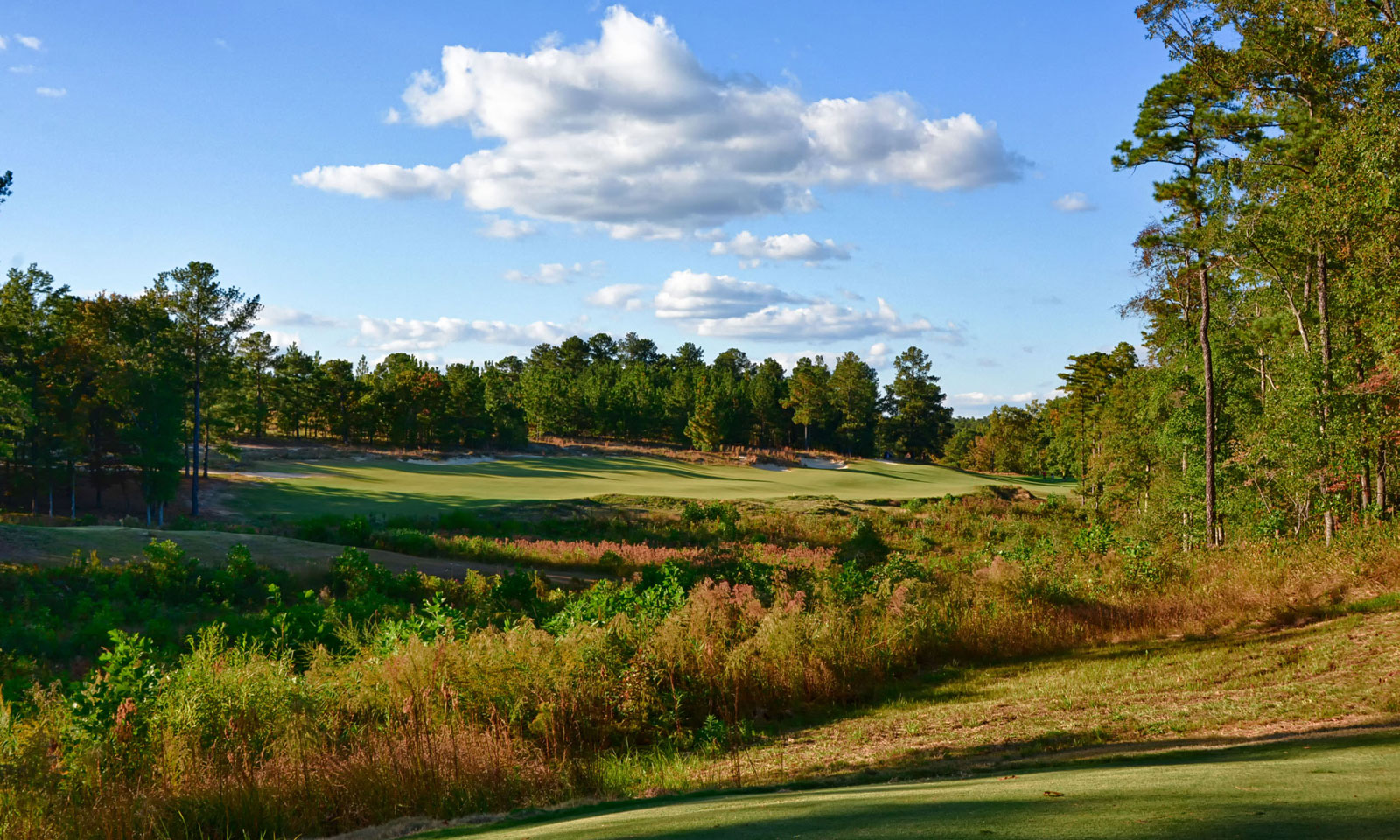 The first Coore & Crenshaw design in Pinehurst, North Carolina, Dormie Club is one of the most beautiful and natural golf courses in the area. First opening in 2010 as a private club, Dormie was named by Golfweek Magazine as the 3rd best new course. After struggling as a private club, it transitioned over to a public course shortly after opening. Ever since this transition, Dormie Club has held the 2nd or 3rd, depending on the publication, for public access golf courses only behind Pinehurst No. 2.

Since being purchased by The Dormie Network, the goal is to bring this Coore & Crenshaw natural and rustic course back to the conditions it was meant to play— Fast and firm, encouraging creativity, strategy, and shot-making into undulating and challenging greens.

At the beginning of 2020, Dormie Club will transition back to a private club, under The Dormie Network umbrella, with nothing but success on the horizon.

Sean Petersen, an adventurous golfer, and a traveler is the founder of Golf Trip Junkie. He has played hundreds of golf courses over the past years, visiting every major golf destination around the world. He likes to share his experience of golfing with others. Sean’s passion is to discover new golf resorts to play a round or two on their courses. He is definitely someone who knows a few excellent places for golfers to unwind and enjoy the game. His company, the Golf Trip Junk-ie offers carefully-planned custom golf vacations with lodging, golfing and a perfectly set itinerary to some of the world’s best golf destinations.