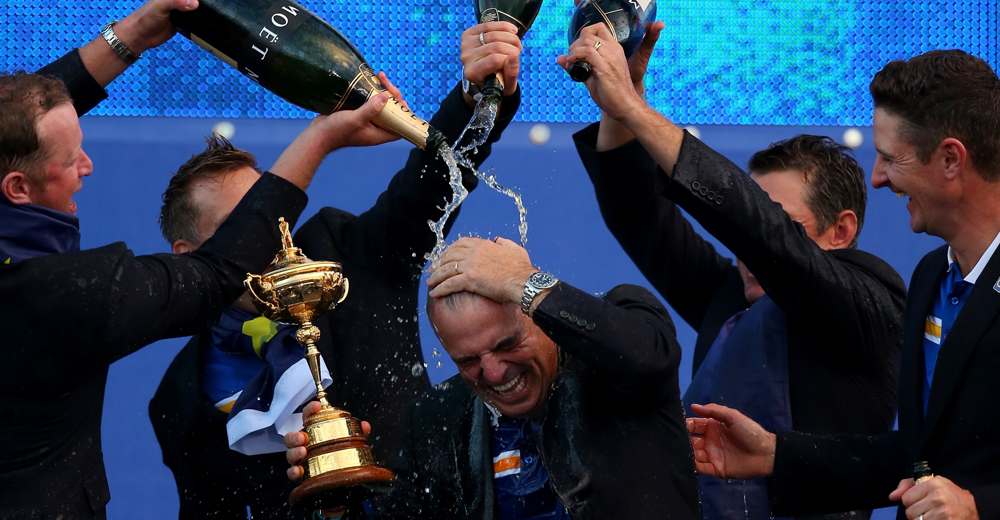 Jeroboams And Magnums Were Uncorked As Part of the Traditional Finish

The European teammates celebrated winning the 2014 Ryder Cup after the Singles Matches on the PGA Centenary course at the world-renowned Gleneagles on September 28, 2014 in Auchterarder, Scotland. Moët & Chandon – the champagne of celebration, toasted Team Europe’s 40th Ryder Cup win.

The thrilling final day of play saw the European team retain their title with a 16.5 – 11.5 victory over the USA, following their success at Medinah, Illinois in 2012. It is the second time that The Ryder Cup has been held in Scotland and the very first time the Gleneagles has played host to the legendary golfing event.

Synonymous with the most exciting and historical sporting successes each year, official champagne Moët & Chandon congratulated the winning team by presenting them Jeroboams and Magnums to celebrate with on the winners’ podium.

European Ryder Cup Director Richard Hills said, “The 40th Ryder Cup has been a huge success and we congratulate team captain Paul McGinley and his team on their superb win.” Jo Thornton, Managing Director of Moet Hennessy UK, added, “Supporting extraordinary sportsmen from Europe and the USA during the tournament is a testament to what Moet and Chandon stands for, celebrating success, achievement and pioneering spirit.”

Jo Thornton, Managing Director of Moët Hennessy UK said: “Moët & Chandon is delighted to be at one of the most exciting global sporting events – The Ryder Cup. Supporting extraordinary sportsmen from Europe and the USA during the tournament is testament to what Moët & Chandon stands for, celebrating success, extraordinary achievement and pioneering spirit.” 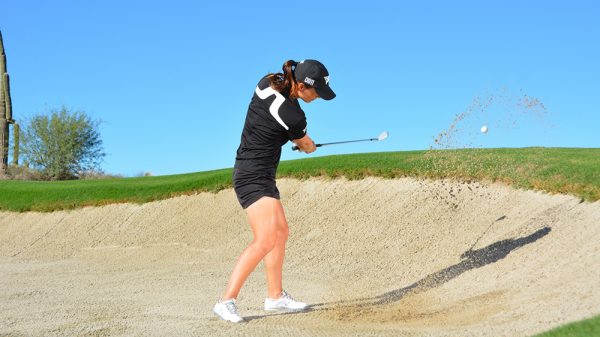 By 19th Hole Staff Is the 2015 season winds down for the LPGA Tour, Parsons Xtreme Golf (PXG) is ramping up its tour presence,...