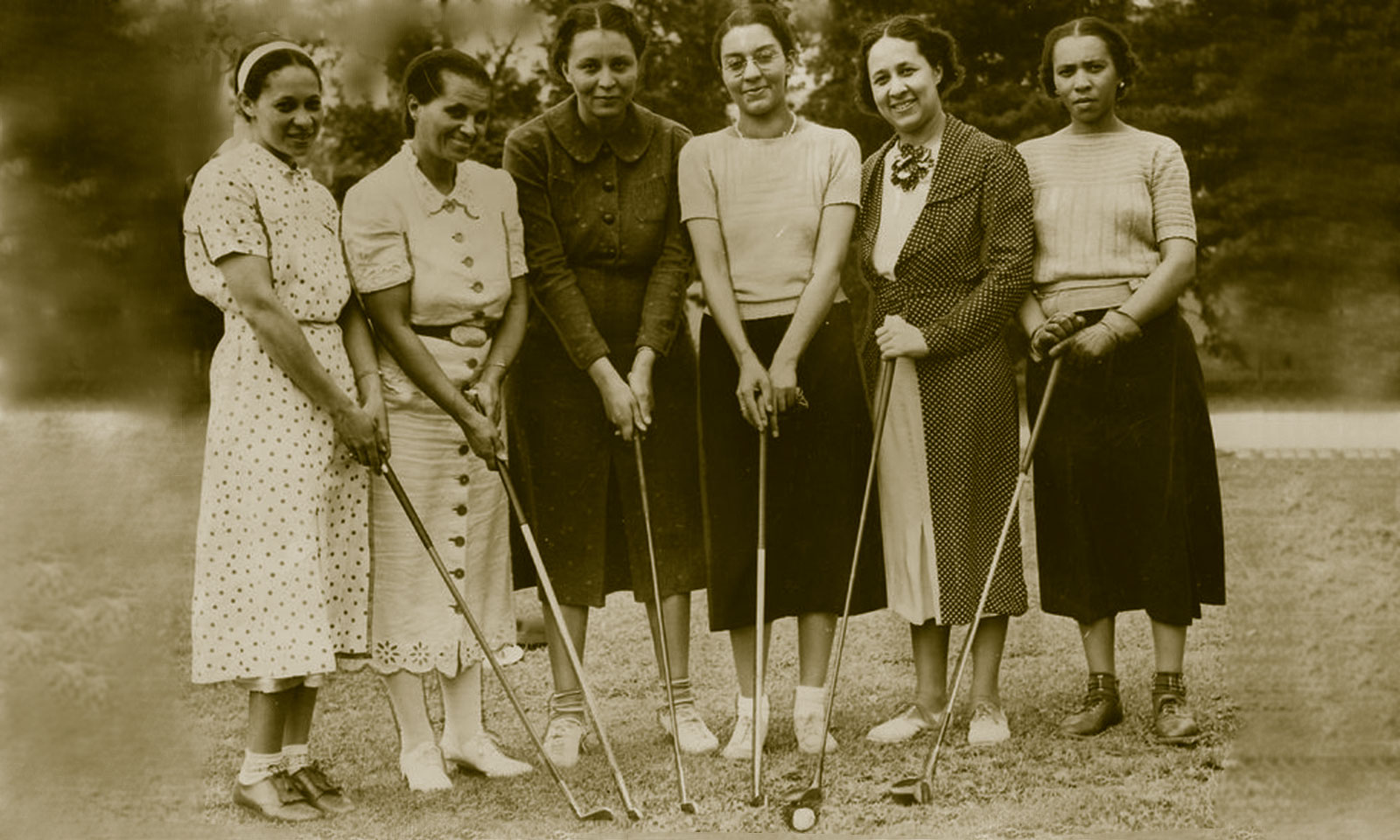 Remembering Their Legacy Members of the Wake Robin Golf Club

The exact origin of golf is unknown, much like the stories of the first African American women to play the sport, that is, until M. Mikell Johnson, a research scientist by profession and an avid golfer herself, chose to delve into the little known history of these extraordinary women.

The African American Woman Golfer: Her Legacy, the book written by Johnson notes the first African American women to play the game of golf. It not only explores the consciousness of women golfers through their biographies but also embodies the pressing question of why these women should never be forgotten by history.

The inspiration behind the book idea came from Mikell’s daughter. “When my daughter was beginning junior high school, she wanted to focus on several sports,” said Johnson. “She knew that I had played golf for 30 years and wanted to know if there were any famous African American women golfers other than Althea Gibson. We found nothing in the normal reference materials when we went to the library to research the subject.”

That was just the beginning for Johnson. Being a research scientist by profession, this just made her dig a little harder, and she began to request material from other libraries. The moment that she knew she was going to write a book occurred when all of the interlibrary loan material began to pile up. “I had to decide to get rid of it or to index and make a compilation of what I had found,” said the author. “I decided that the story of the first African American female golfers, a story that hadn’t been written, was ready to be told.”

Completing the research and writing the book was a long and arduous task. “The research was difficult in the beginning because there were no primary sources with definitive information available,” said Johnson. She was also disillusioned when it came to the lack of information that was revealed by living people. “Their golf experiences and oral history would have been tantamount to discovering a mother lode of gold.” 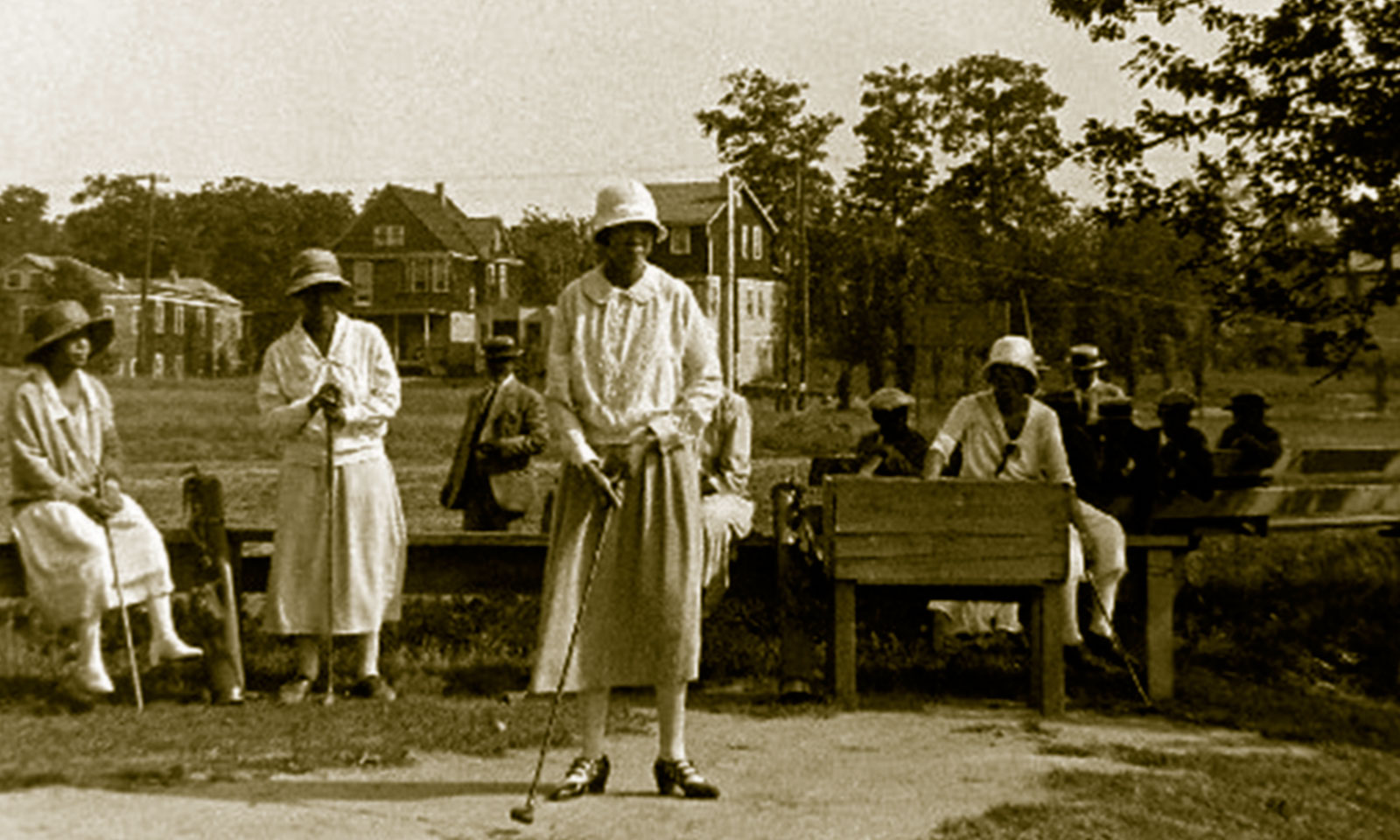 “It appeared as if I was stonewalled at each and every turn by prominent African American people who were still playing golf or associated with the sport at various levels,” Johnson said. “This when I knew that there were ‘gatekeepers’ of African American history and that is why there was so little to be found in the written literature,” she added. “The gatekeepers assume control of the information because it gives them the power of management and manipulation.”

She was finally able to find a way through with the help of Mrs. Winifred Stanford, historian for the Wake-Robin Golf Club, a minority women’s golf club founded in 1937. Wake-Robin Golf Club is the oldest registered African-American woman’s golf club in the United States. Through Mrs. Stanford’s knowledge, Johnson was able to delve into more than 70 years of newspaper articles, “the most thrilling and yet time-consuming activity that I have ever been engaged in,” she notes.

The results were indeed worth it. In 2008 the book was “one of ten books nominated for the United States Golf Association 2008 Herbert Warren Wind Book Award. Her book didn’t win, but Johnson acknowledges that there was strong competition. The bigger reward for Johnson is that all women can greatly benefit from reading her book. “They will learn that no goal is out of reach if you want it bad enough. It is important to carve out your niche and work at developing it into the most positive venue regardless of the obstacles.”

“My concern is and always will be for the aspiring African American woman professional. It’s time for the African American corporate entities to step up to the plate to offer the neophytes some assistance with finances and agents to obtain sponsor contracts. There will be not only one African American star, but a cadre of stars to emerge and be outstanding.”

Johnson says that today there is no challenge for African American women getting into the sport of golf as recreational amateur golfers. “Today, you can find and see them playing on any golf course in the world, regardless of money,” she said.

“My concern is and always will be for the aspiring African American woman professional,” said Johnson. She points out that money is the biggest challenge for them, and the situation has not changed over the years. “It’s time for the African American corporate entities to step up to the plate to offer the neophytes some assistance with finances and agents to obtain sponsor contracts.” She adds, “There will be not only one African American star, but a cadre of stars to emerge and be outstanding.”

African American Woman Golfer: Her Legacy has changed how many Americans look at the game of golf. It has expressed a sense of honor in not only African American women but also all women who have played or watched the sport. Dr. Johnson has opened our eyes to a world that, without her, may have never known this important legacy.

Editor’s Note: This article originally appeared in the summer 2010 print edition of The 19th Hole Magazine.

In this article:American Female Golfers