The Story Of Pinehurst: Cradle Of American Golf

THE PLACE WHERE LEGENDS ARE BORN

The Pinehurst story began in 1895, when Boston philanthropist James Walker Tufts purchased 5,800 acres of ravaged timberland in the Sandhills region of central North Carolina. Many locals thought Tufts the fool for his purchase, but the astute businessman sold his thriving Soda Fountain Company on the idea of a health retreat – far away from the cares of the world. To help make his dream reality, Tufts hired the firm of Olmstead, Olmstead and Eliot to create a master plan for the barren land. 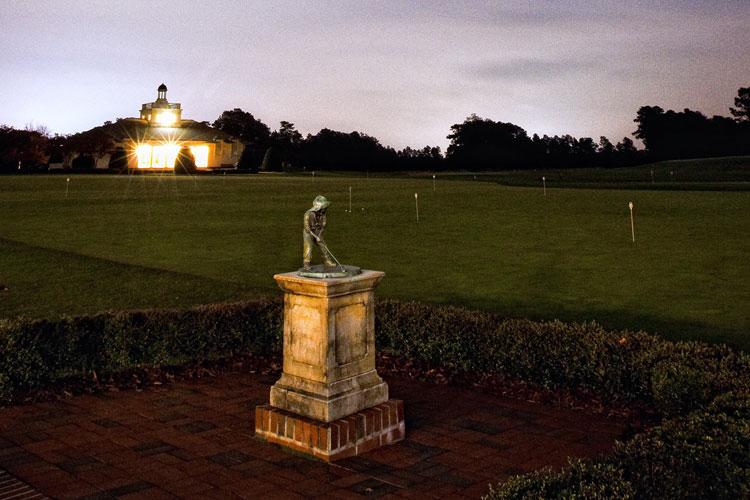 The Carolina Hotel opened in 1901 and immediately served as the center of all activity at Pinehurst. Riding, hunting, polo, lawn bowling, bicycling and archery were popular in Pinehurst’s early days. Tennis was one of the first planned recreational activities, with two courts on the original blueprints for the Holy Inn lawns.

Golf came to Pinehurst three years after the resort first opened to the public. According to history, some hotel guests introduced the game in the dairy cattle grazing fields, hitting little white balls that disturbed the herd. Tufts then hired Dr. D. Leroy Culver of New York to design and build a golf course, and in February of 1898 a rudimentary nine-hole course was constructed. The first clubhouse followed a few months later. In 1899, Pinehurst’s first golf professional, John Dunn Tucker, was hired to add an additional nine, which later became Pinehurst No. 1, the first 18-hole layout. 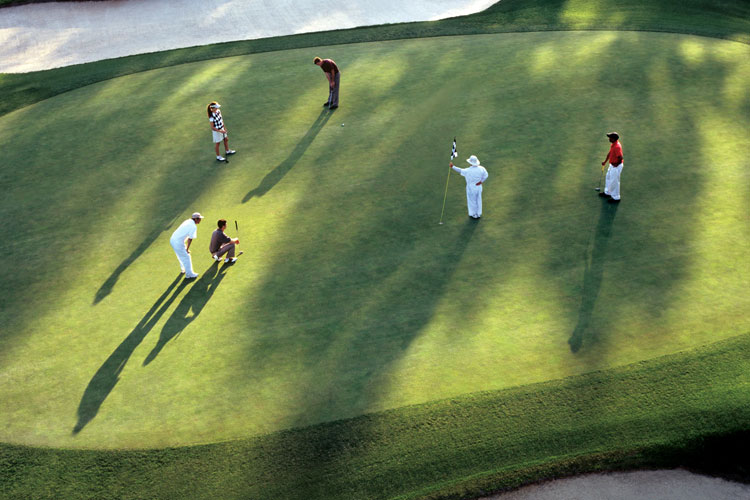 In 1900, Tufts hired Donald J. Ross, a young Scottish golf professional, to direct golf operations at Pinehurst. Ross remained with Pinehurst until his death in 1948. During those five decades, Ross built a reputation as one of the foremost golf professionals and course architects in the country. He designed or redesigned more than 400 golf courses throughout the North American continent.

His first 18-hole design at Pinehurst was No. 2, a championship course with sand greens and a natural, gently rolling topography.

In 1903, the Pinehurst Golf Club was established, the North and South Championship series was underway, and Pinehurst was becoming a major focus for golf in the United States.

After an extensive restoration by Bill Coore & Ben Crenshaw, the course has returned to the way Ross originally intended. Ross believed in providing golfers with strategic choices, and Pinehurst No. 2 was intended to epitomize that philosophy. In 2010, Pinehurst contracted with the design firm of Coore & Crenshaw, Inc., to restore the natural and strategic characteristics that were the essence of Ross’ original design. The project, completed in March 2011, included the removal of about 35 acres of turf and the reintroduction of hardpan, natural bunker edges and native wire grasses. 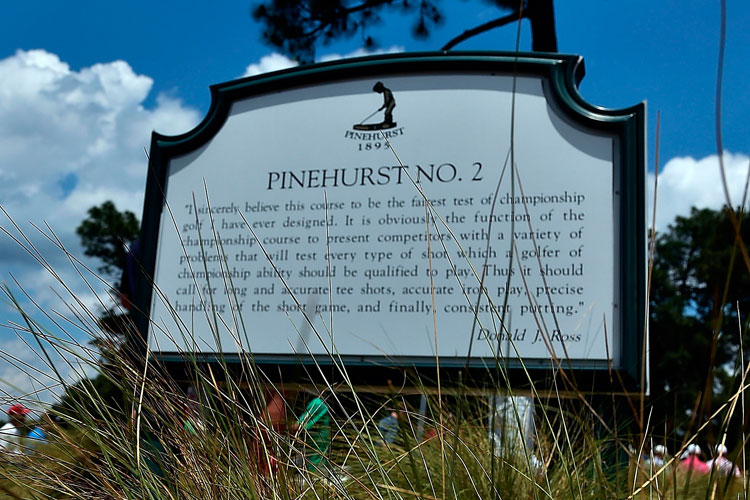 Pinehurst No. 2, the centerpiece of Pinehurst Resort, remains one of the world’s most celebrated golf courses. It has served as the site of more single golf championships than any course in America, including the U.S. Open, PGA Championship, Ryder Cup Matches, PGA Tour Championship and many others. It’s newest champions are Martin Kaymer and Michelle Wie, winners of the 2014 the U.S. Open and U.S. Women’s Open Championships.

Pinehurst Resort is a 2,000-acre property featuring an award-winning spa, eight golf courses, tennis, and activities for the family.