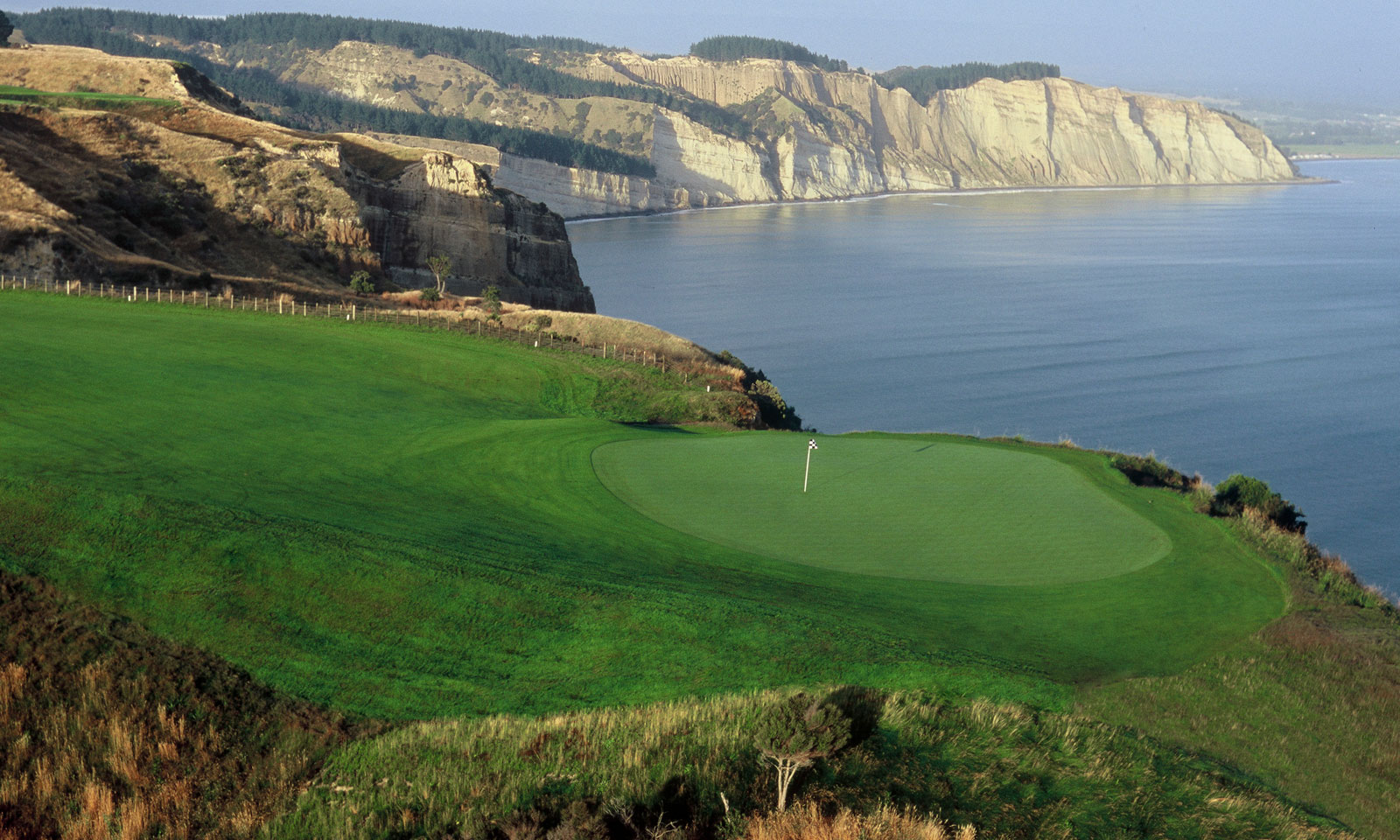 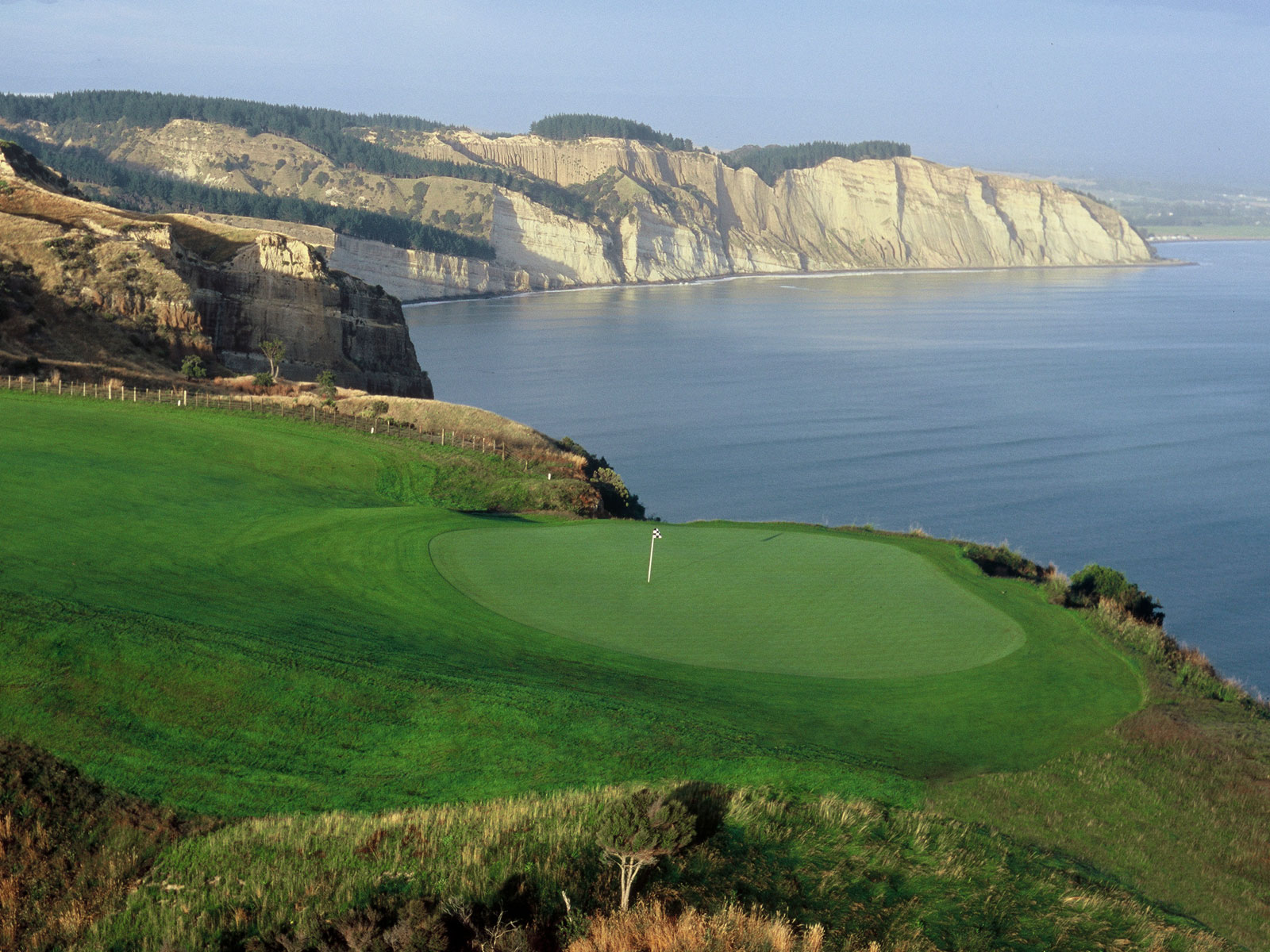 New Zealand is well-known as a world-class vacation draw for its breathtaking scenery, but the secret is getting out about how golf is taking advantage of that. With its mild climate, a much bigger sheep than human population and miles and miles of high-quality grass, New Zealand is now second behind Scotland for having the most golf courses per capita of any country in the world and one of the country’s leading promoters is an American.

Before making his money on Wall Street, hedge fund billionaire Julian Robertson spent time in New Zealand writing novels and grew to love the country. His passion for the land and people of New Zealand never left him and drawing upon his U.S. roots he developed some resort properties largely with fellow Americans in mind.

So when it comes to the sumptuous combination of luxury accommodations and premium golf, perhaps the best examples are Robertson’s The Farm at Cape Kidnappers and the Matakauri Lodge (he also created Kauri Cliffs). One located on the North Island and the other on the South Island. One (the former) has a world-class course on its premises, the other enjoys strong affiliations with a group of premium courses just down the road. 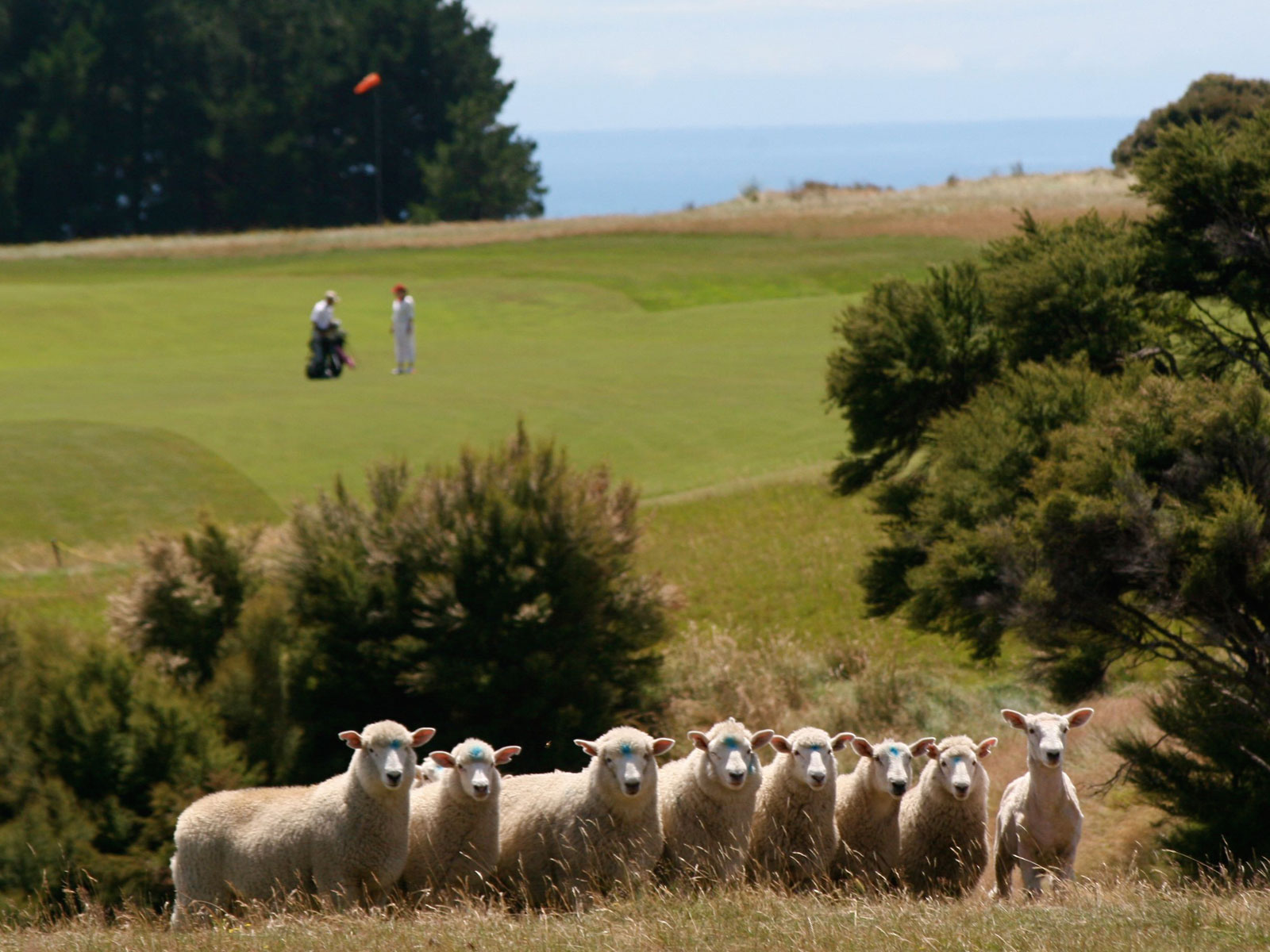 Located in Hawke’s Bay on the east coast of the North Island, both beautiful and compelling, and aesthetically-pleasing set up with its iconic series of sheer ridges and cliffs, the Cape Kidnappers layout offers stunning views, pristine turf and a challenge to every golfer (PGA Tour pro Brandt Snedeker called it “Pebble Beach on steroids”).

Jonathan McCord, the resort’s golf pro and a native of Iowa, talks about some of the key parts of the Cape Kidnappers course that will spellbind you with its brilliant setting, but play havoc with your score.

“This a beautiful part of the world and our course designer Tom Doaks has done a lot of redesigning older courses like Royal Melbourne (past host of The President’s Cup), Each hole here is incredibly different in how it plays but there is a continuity. Holes 12 through 16 is one of the better stretches in the world. It starts out with a seemingly mundane par 4 teeing off into a big open field when you get to the fairway and see the green perched upon the clifftop and you can’t see anything behind the green except water (Hawkes Bay). We call it infinity because it does look like it disappears into nothing. 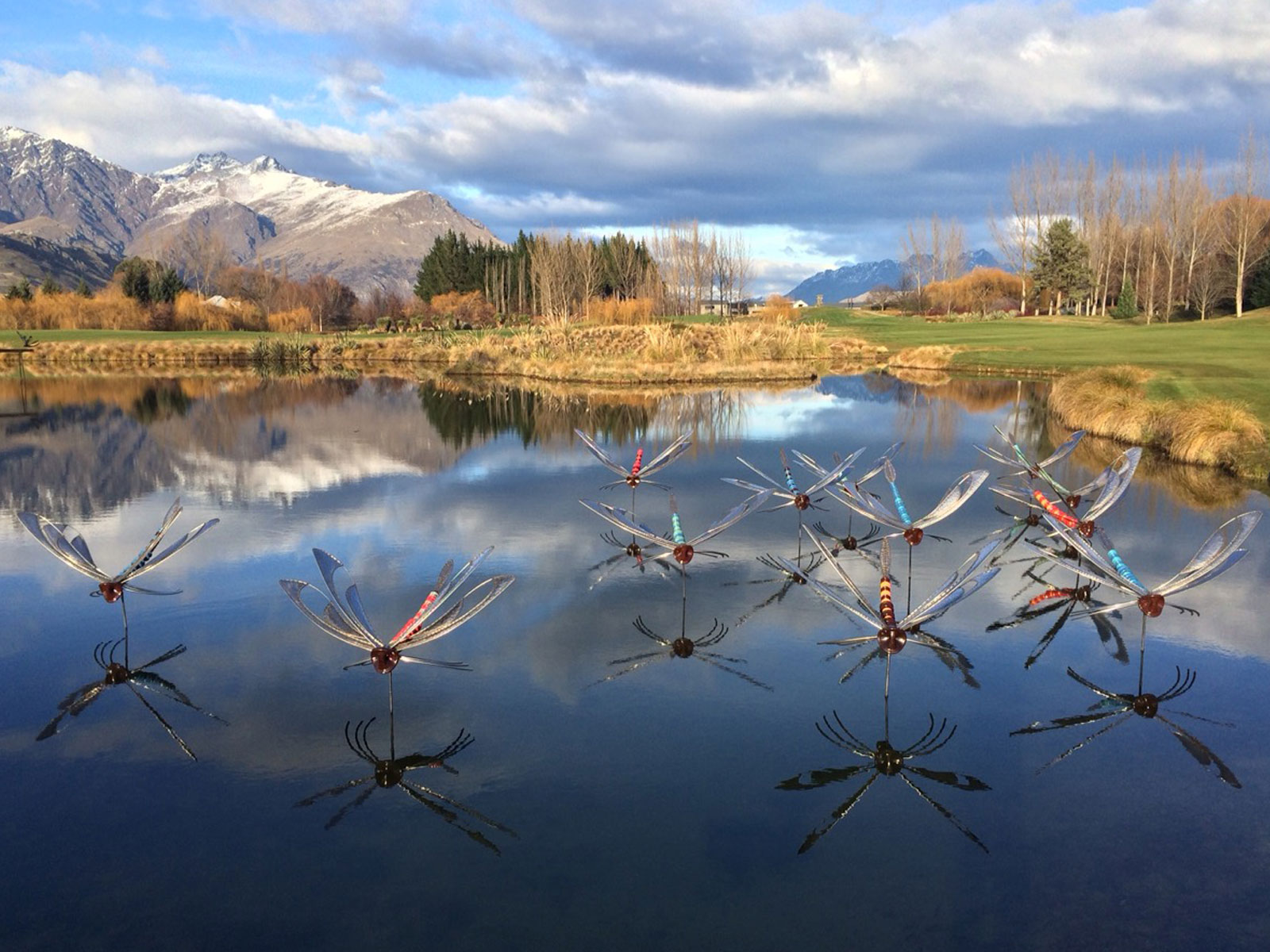 McCord continues: “Thirteen is a short par 3 right along the cliff edge anything left is about 60-70 feet below the green. It’s called Al’s Ace. The story goes Alex Robertson, son of the owner of our property and a multi-club champ out of Shinnecock made a hole in one on 13 just prior to the course opening. That is followed by a par 4 only about 330 yards long, but with a green reminiscent of the road hole at St. Andrews.  Big deep pot bunker in front. Challenging front left and front right with a swale. 15 is Pirate’s Plank. No doubt one of the best Par 5s in the world. 600 yards from the back tee and three of the straightest shots you can possibly muster. And if the wind is kicking up off the Bay it is about as tough as anyone would want it to be. There are a few bunkers but really the landing strip of a fairway requires precision above all else, “McCord explains. “Sixteen has one of the penultimate tee boxes in the world. You are perched about 450 feet above the Bay and you can literally take a step and peer right down the cliff. It is a sheer 450-foot drop down to Hawkes Bay which heads out to the Pacific Ocean.”

And the gallery behind the ropes won’t be snapping photos on your backswing or forgetting to turn off their cell phones and outside an occasional “mooooooo” or “ ahhhhhh” the bevy of sheep, cows, and horses are rather courteous. 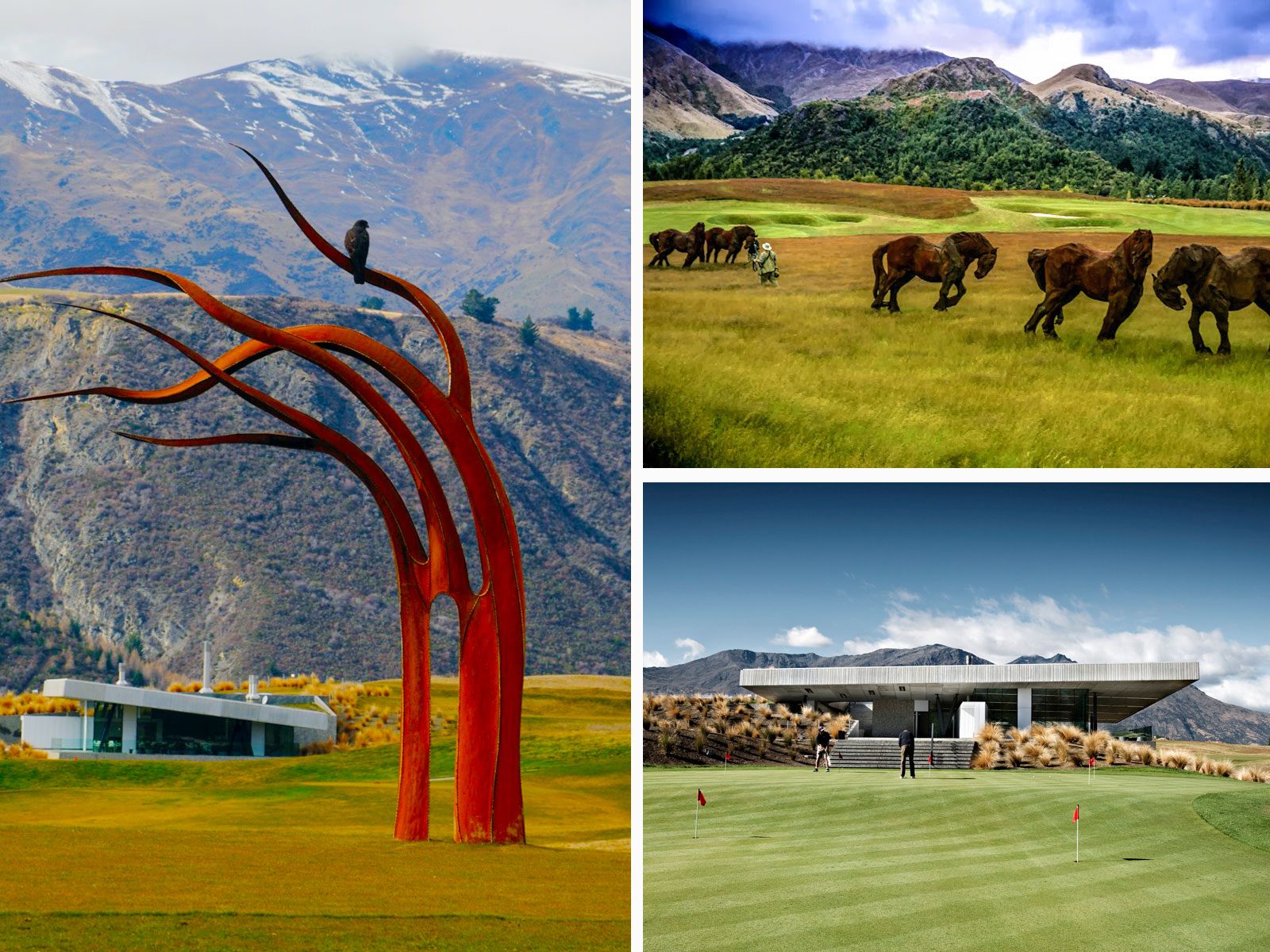 While golf is available year-round, there is also a wide range of activities off the course.

“We offer horse riding, an off-road can am tour that takes you all across the property over two hours worth. There are custom events such as Maori cultural experiences and helicopter journeys, fitness center, spa, clay shooting, mountain bike trails, fly fishing, great hiking trails, wine tours, even shopping and lunch via helicopter. We’ve done some amazing things. If you can dream it up, just ask,” notes Kris Shepherd, Lodge Manager at The Farm Cape Kidnappers.

With their seasons the opposite of Southern California, Sheperd reminds that Santa Claus wears a bathing suit in New Zealand.

“Our busiest season is from November to April. Christmas is a great time because we’re in the middle of our summer.” 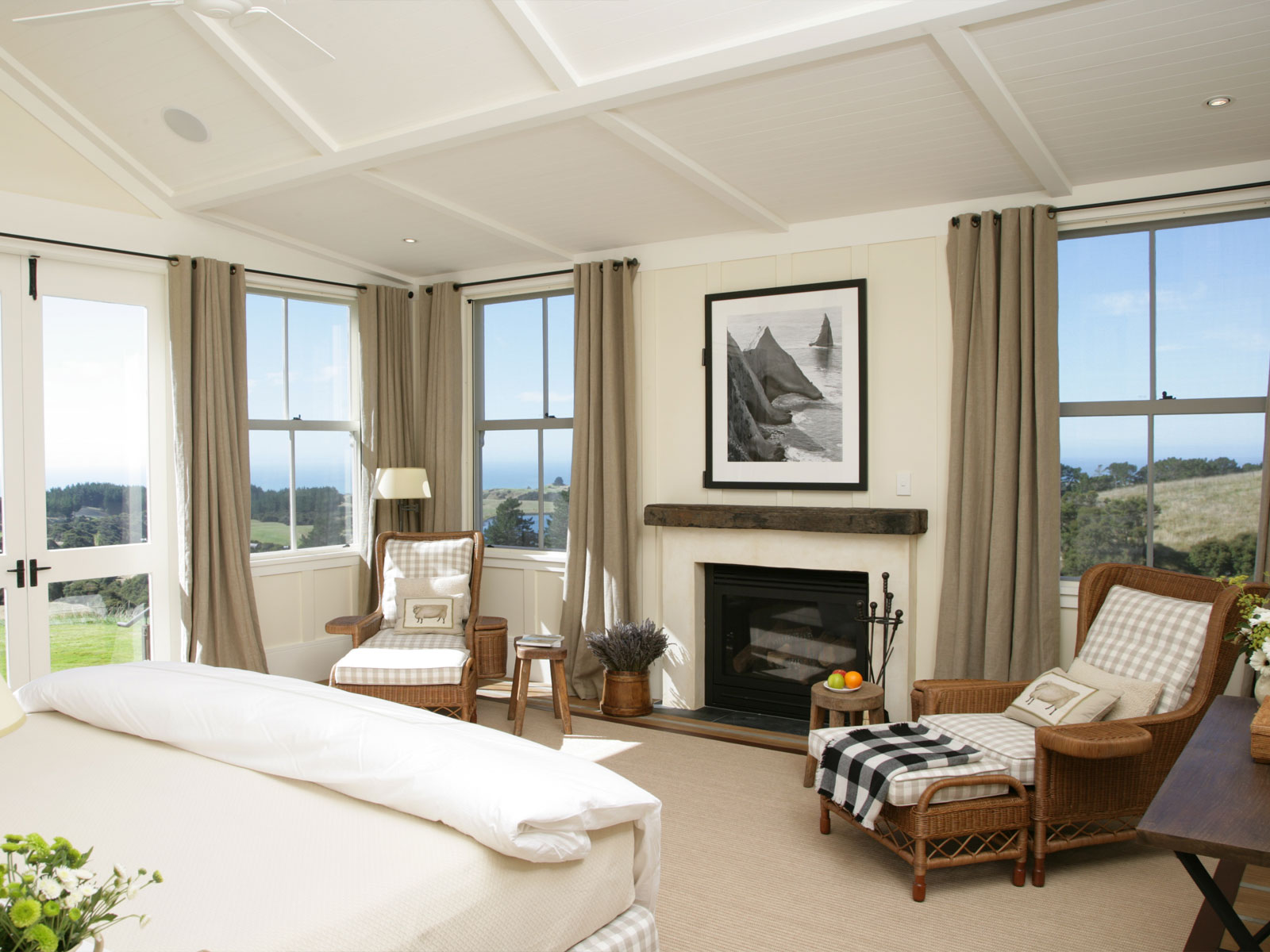 Be it summer or winter, Queenstown on the South Island of New Zealand is known as a year-round sports capital (including bungee jumping, skydiving, jet boating and rock climbing) and that is one of the appealing factors for active American vacationers according to Stephen McAteer, Manager of the Matakauri Lodge which sits on the edge of beautiful Lake Wakatipu and just below The Remarkables Mountain range.

“From June to September most of our guests are golfing in the morning and skiing in the afternoon and occasionally mixing in some fly fishing then enjoying some first-class dining with us,” notes McAteer. “Not many places in the world that offer golf and skiing within a 20-minute drive of each other. So Cal golfers can catch an overnight flight and play an 18-hole round the next afternoon. We offer year-round golf, pretty unusual for a snow-capped region. The greens are some of the best in the world. They run true.”

What also runs true is that despite not having a course of their own, Matakauri guests have a choice of some of the best courses in the country, just a 4-iron from their lodgings. 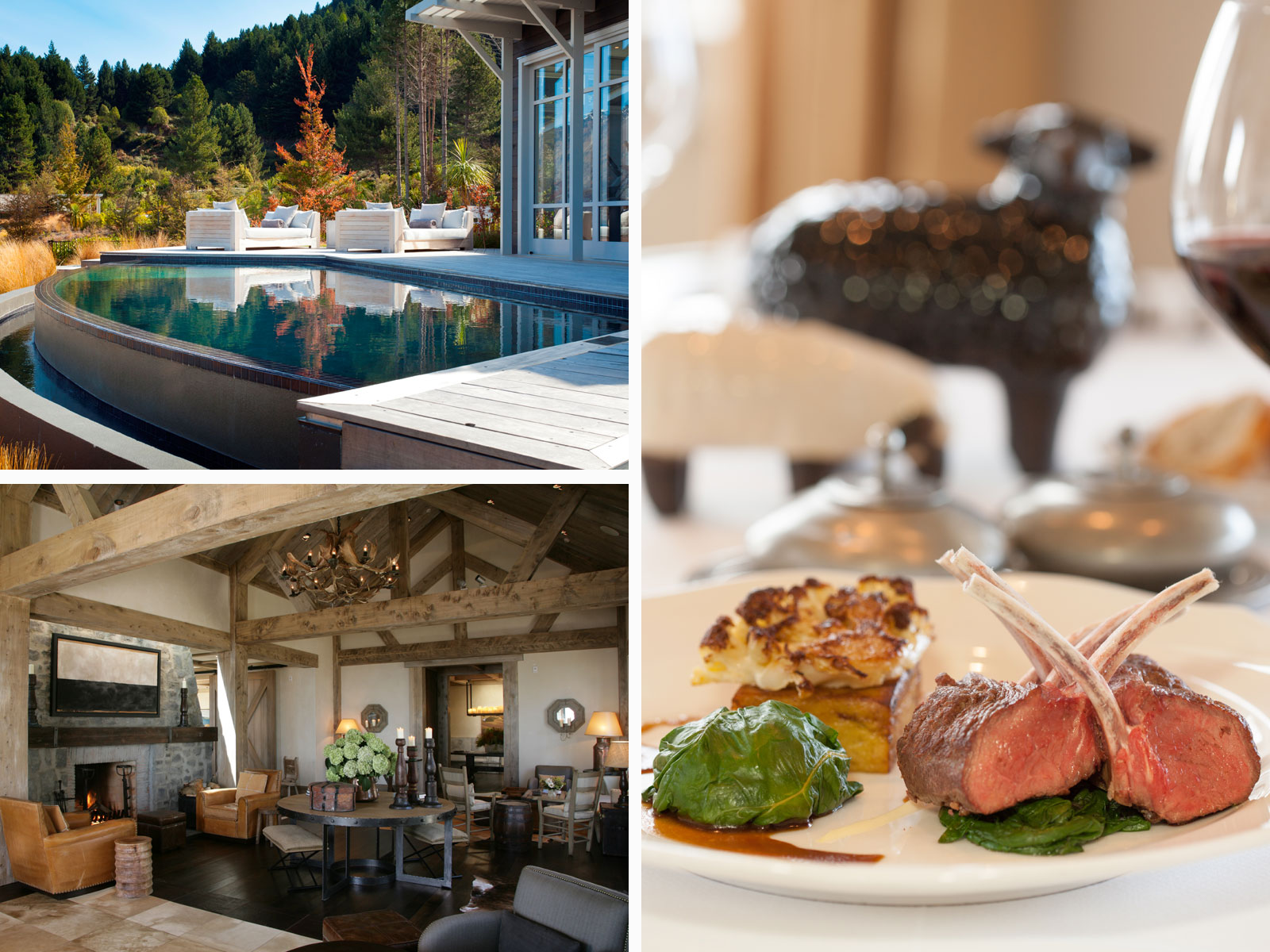 “There are some fabulous courses down here,” says McAteer, a six-handicapper, “Queenstown, The Hills, Jack’s Point, Arrowtown, Millbrook. For such a comparatively small urban area (under 14,000) there are some world-class golf opportunities our guests have access to.”

Two of those courses, Millbrook and The Hills, co-hosted the New Zealand Open this year.

Traveling from alpine areas to idyllic beachside locations within a few hours, and Americans being the prime market for luxury lodges in New Zealand, Southern Californian golfers can enjoy quite a scenic vacation that will test a wide variety of shots with state-of-the-art facilities amongst the best settings nature has to offer.

In this article:Golf Landscapes of New Zealand