The Seduction of Thai Cuisine 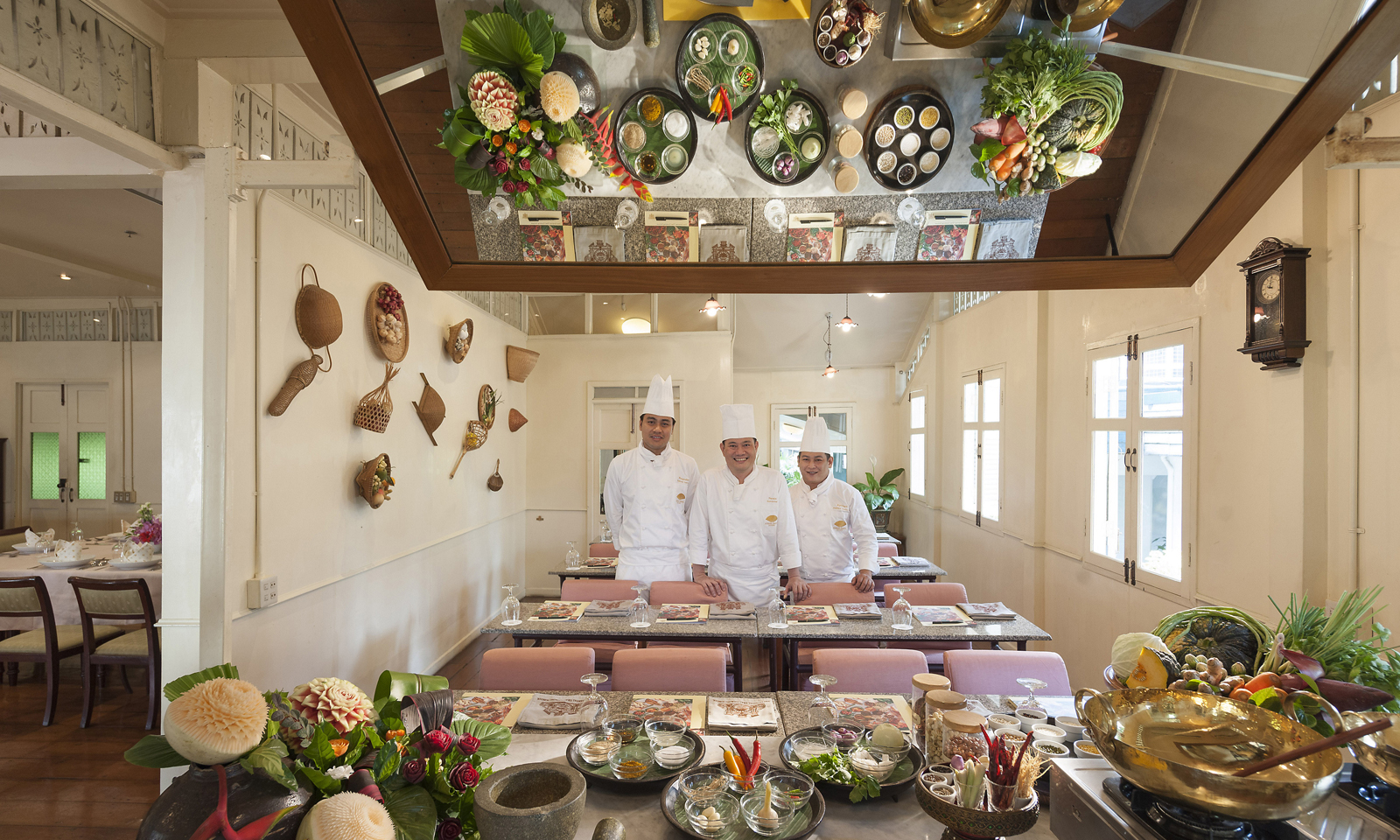 “Have you eaten rice today?” This common salutation among Thai people reflects the importance of food and rice to their diet and culture. Indeed, the humble grain is the ideal foil and cushion for curries and stir-fries. Food is taken so seriously in Thailand that kings have written odes to curries.

Thai people are also sensualists when it comes to their cuisine. And once you’ve tasted the real thing, you will forever crave the complex and mystical mélange. Thai food appeals at least three of the five taste senses: sour, sweet, salty, spicy and sometimes bitter.

Like the culture itself, Thai food is the product of various ethnic influences, including Chinese, Indian, Malaysian, Vietnamese, Cambodian and European. According to a worldwide poll of 35,000 people by CNN Travel, Thai cuisine is one of the most popular in the world.

As much as I love eating Thai food, the idea of preparing a meal has been a bit daunting. So, on my last trip to Thailand, I packed a large appetite and enrolled in Thai cooking classes.

The Joy of Cooking in Bangkok

Bangkok’s first cooking school opened its doors at the Mandarin Oriental Hotel in 1986. It was here that Chef Narain introduced me to the secrets of Thai cuisine.

I had signed up for “Hands-on Cooking and Authentic Thai Lunch.” Aprons tied, our small group went outside onto the patio to wash our hands. Even this was a sensory experience. We ribbed slices of aromatic kaffir lime onto our hands before rinsing. The oil in the lime acts like a natural hand lotion with a sublime fresh citrus aroma. We sniffed around the herb garden and snipped a bit of Thai basil.

I learned that southern Thai cuisine uses a lot of coconut milk and cream and more spices than the milder northern Thai dishes. Lemons are never used, only limes. I discovered that the smaller the chilli the hotter and the bird’s eye used in the most of our dishes is dynamite. Fish sauce and shrimp paste are indispensable in Thai cooking. Thai people generally eat most dishes with a fork and spoon, using chopsticks mainly for noodles.

We prepared everything from scratch and that involved what chef described as “anger management” while furiously pounding the ingredients for curry paste with a mortar and pestle.

At the end of the class, each participant was awarded a certificate and a gift bag with a fresh apron and a selection of herbs. Other graduates have included actor Sacha Baron Cohen and Harry Potter director, David Yates.

“No one ever fails,” said chef as he led us to a table set at the adjoining Sala Rim Naam restaurant to enjoy the fruits of our labours. As if by alchemy, all of the ingredients in each dish seemed to balance each other, resulting in a complex symphony of sensational tastes in my mouth. The slightly sweet coconut milk mellowed the funky shrimp paste and fiery chillies in the steamed egg dish. My favourite was the curried crab with its turmeric-infused golden sauce bursting with the tang of kaffir limes leaves, yet tempered with coconut milk and palm sugar. Sublime!