Mazda Unveils Its Cars As Works Of Art, Showcases Other Items Designed on Same Theme

LYRIQ Is Heralding An All-Electric Future For GM 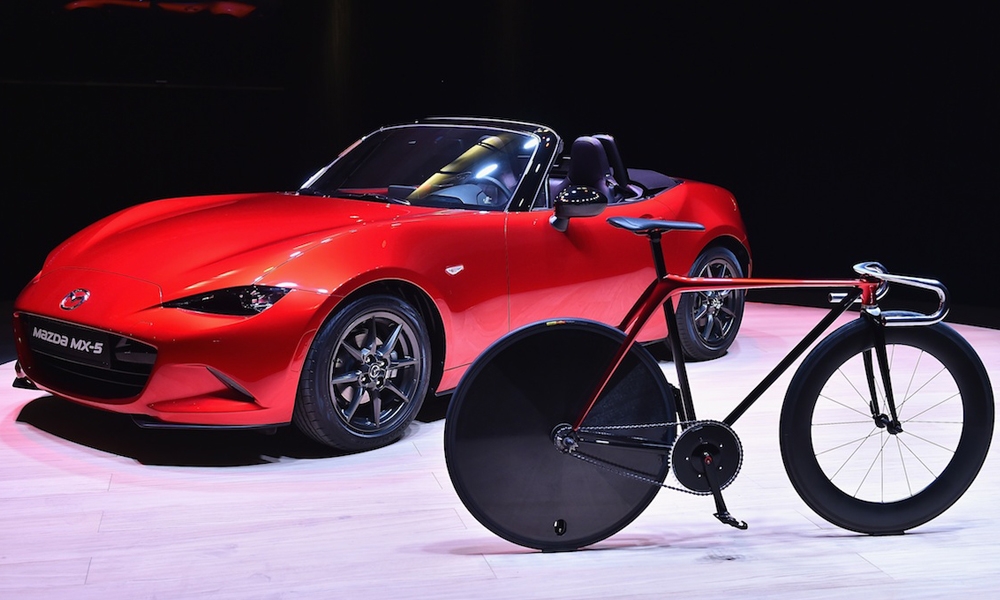 Mazda is dedicated to building cars that are more than just a mass of metal, instead aiming to create something that can communicate with the driver on an emotional level, as if the vehicle were alive. So a Mazda should have a beautiful, animated look that speaks of the car’s ‘life’ at a single glance. This passion for the ultimate expression of dynamism and liveliness is what elevates Mazda cars into the realm of art. Based on the ‘KODO – Soul of Motion’ design philosophy, Mazda pursues expression of the dynamic beauty of motion that animals show in the wild – breathing life into the car.

In exploring the expression of unfettered motion, Mazda traced the roots of its originality and found at its source a distinctly Japanese aesthetic. From the earliest times, Japanese craftsmanship has prized simplicity of form achieved through the paring away of all superfluous elements. This simplicity carries within it both a self-restrained dignity and a sensuality, which speaks directly to the senses. Mazda defines these two elements in Japanese as RIN (self-restrained dignity) and EN (alluring sensuality) and considers both to be determining characteristics of Japanese elegance.

Mazda’s latest offerings, Mazda CX-3 and Mazda MX-5, are statements of where Mazda Design stands today. Each is an embodiment of Mazda’s vision of Japanese elegance. The CX-3 compact crossover SUV exhibits a coolly intelligent dignity while the MX-5 – Mazda’s iconic open-top two-seater sports car – is notable for its seductive sensuality. Yet neither is completely one-dimensional in its appeal: each expresses RIN and EN in different measure as dictated by Mazda Design.

Milan was the venue for the global announcement of Mazda’s KODO design philosophy back in 2010, and Milan Design Week 2013 saw Mazda introduced Mazda’s design rooted in a Japanese aesthetic. This year Mazda exhibited a bicycle and furniture designed according to the same principles as its cars, together with two masterworks by craftsmen inspired by the KODO philosophy.

The word art is derived from the Latin ars meaning ‘skill, method or technique.’ Art impresses not least because it is the product of human hands, and throughout history great art has in its turn inspired yet more great art. Creating automobiles as art is Mazda Design’s raison d’être, and now the company turns its sights on the challenge of creating other goods according to the KODO design philosophy, expressing Japanese elegance through the beauty of RIN (self-restrained dignity) and EN (alluring sensuality). Each of the exhibits shows this sense of vitality in diverse ways, honing and fusing the traditions and cultures of East and West in new and stimulating ways. They are works of art to enrich daily life – new proposals from Mazda Design. 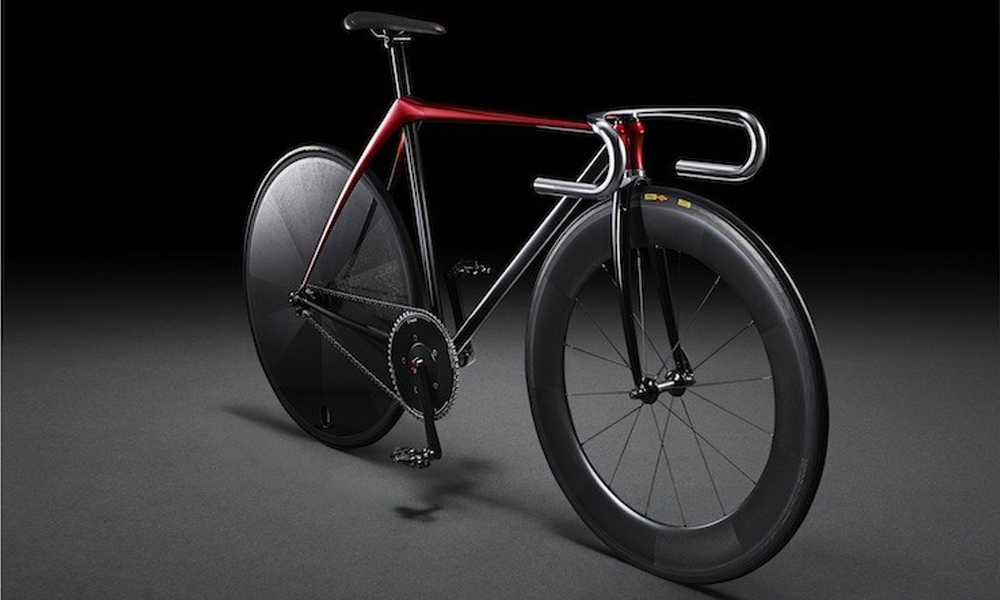 The inherent beauty of the bicycle is refined and restated in a track racer. Shorn of all superfluous elements, its honed simplicity expresses the same pure dynamism as the MX-5 with a sense of forward-motion evocative of the racer’s final sprint to the finish line. The frame is beaten from a steel panel by highly-skilled Mazda craftsmen, and the hand-sewn leather saddle features the same exquisite stitching as the MX-5’s upholstery. The color scheme is black and an exuberant red typical of KODO, also used as an accent on the reverse of the saddle and handlebars in the elegantly Japanese style of concealed beauty. 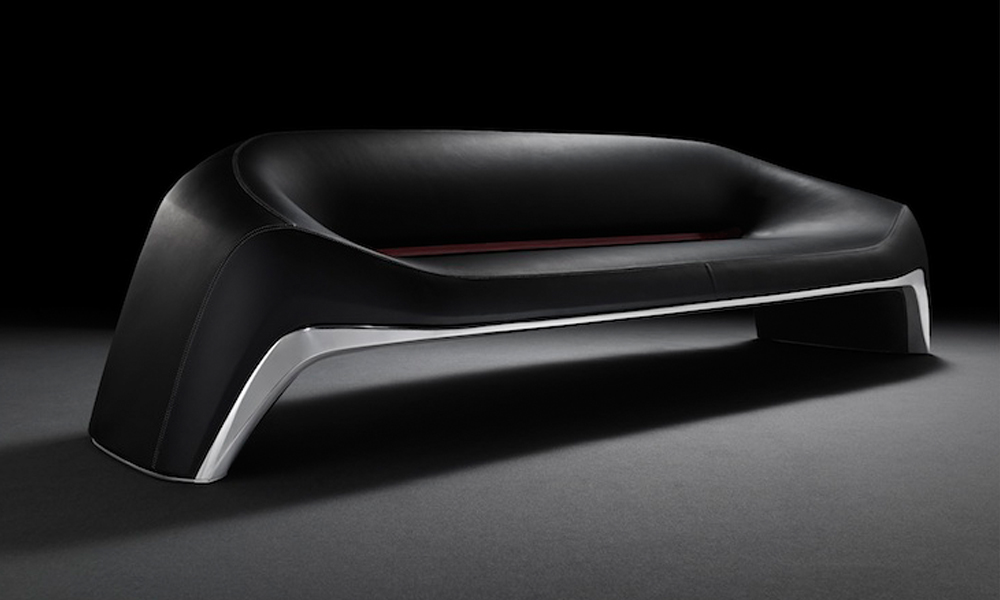 While evoking the strong, planted stance common to all Mazda cars, this sofa’s unique form conveys a keen sense of tension through the elimination of all superfluous design elements. Yet at the same time, there is no sacrifice in the comfort essential for a successful sofa. The KODO design philosophy was the inspiration for the many talented people who collaborated in the creation of this piece, including the Milan-based creative directors Setsu and Shinobu Ito, designers at Mazda Europe, and highly skilled Italian furniture makers. A demonstration of the perfect balance between the sensitivity of Mazda Design and traditional European craftsmanship, this piece offers a refined and welcoming warmth. Striking polished aluminum frames at the front and rear present visual tension, while a vivid red used only on the back provides allure in the characteristic Japanese manner of concealed beauty. 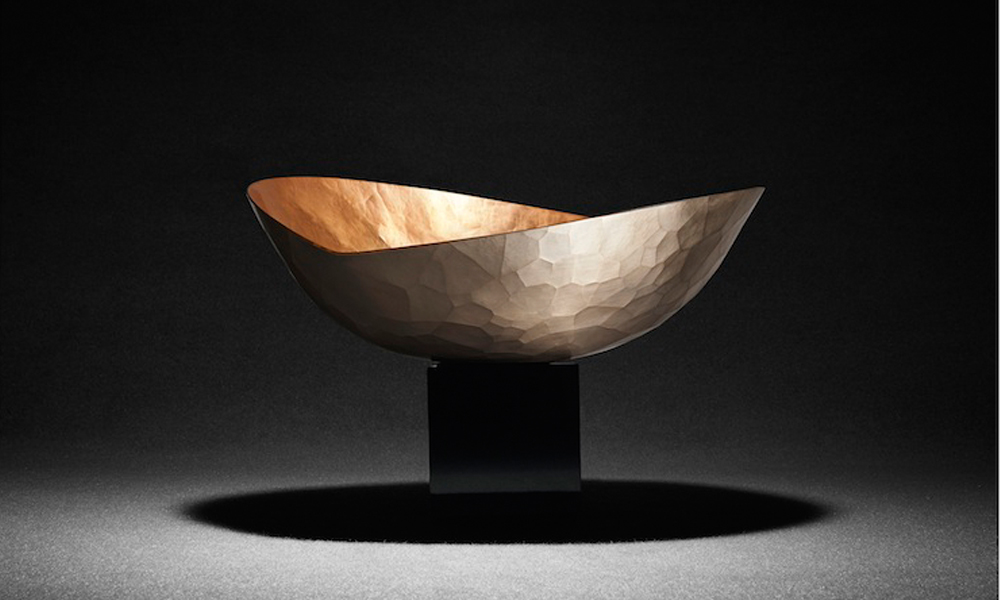 Based in the town of Tsubame, known worldwide for its metalwork, Gyokusendo is a studio with a history stretching back two centuries. The studio is famed for its tsuiki copperware, created by hammering and shaping a single sheet of copper into beautiful and functional items such as vases, kettles and cups. Gyokusendo’s artisans found Mazda’s KODO design philosophy of breathing life into a car – originally just a mass of metal – with strikingly beautiful and lively expressions of motion to be very close to their own spirit of “creating the ideal form through putting the craftsman’s heart and soul into the hammering of the metal.” In the creation of KODOKI, they returned to their own roots and revived a technique from the days before copper was available in sheets: they began with a copper ingot and beat it into a thick sheet by hand. This alone required the labor of many craftsmen and countless hammer-blows. Shaping the copper into the finished work demanded the utmost skill and concentration in working with the metal as the piece emerged almost of its own volition. Finally, color was added according to Gyokusendo’s own method involving a reaction between tin plated on the piece’s surface and a unique mix of compounds taken from nature. This coloration highlights the pattern of hammer beats, resulting in a feeling of fluctuation and motion – a dynamic beauty realized through the encounter of KODO philosophy and Gyokusendo. 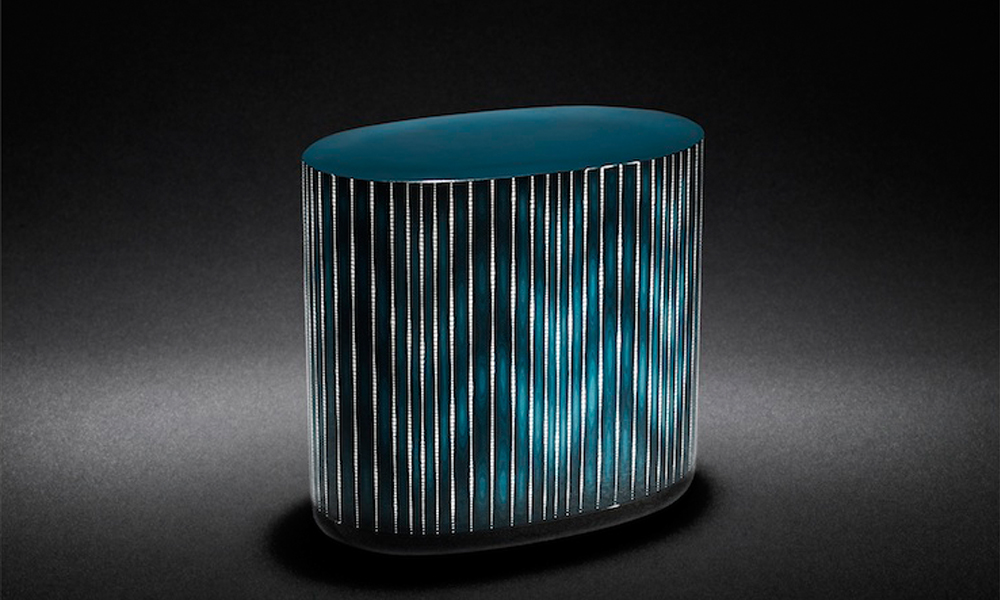 Japanese lacquerware is prized worldwide for its beauty and quality, attested to by the adoption into English of the word japanned, meaning lacquered. Kinjo-Ikkokusai is the seventh generation of a family of lacquerware makers in Hiroshima, inheriting his distinctive technique from his ancestors. At the same time, he is pioneering new and innovative techniques to reflect modern trends in his works. Moved by the dynamic expressions of KODO design, he chose Shiraito-no-taki (a World Heritage waterfall in Japan resembling a cascade of thin white ribbons) as the theme for his collaborative artwork, aiming to convey the spiritual feel of water, light and wind – the rich workings of nature. The streams of water, pure white against an indigo background, are painstakingly built up by individually applying tiny flakes of eggshell to the lacquer base. After repeating this process innumerable times, subtly different shades of lacquer are applied before the surface is carved and polished to reveal the white flakes as delicate traceries of streams of water. This sophisticated cho-shitsu (carved lacquer) technique achieves tension through detail in tandem with a smooth, beautifully reflective glossy surface. The finished work, SHIRAITO, is imbued with a refreshing vitality that evokes the graceful sound of falling water.

FIND OUT MORE AT: MAZDA.COM