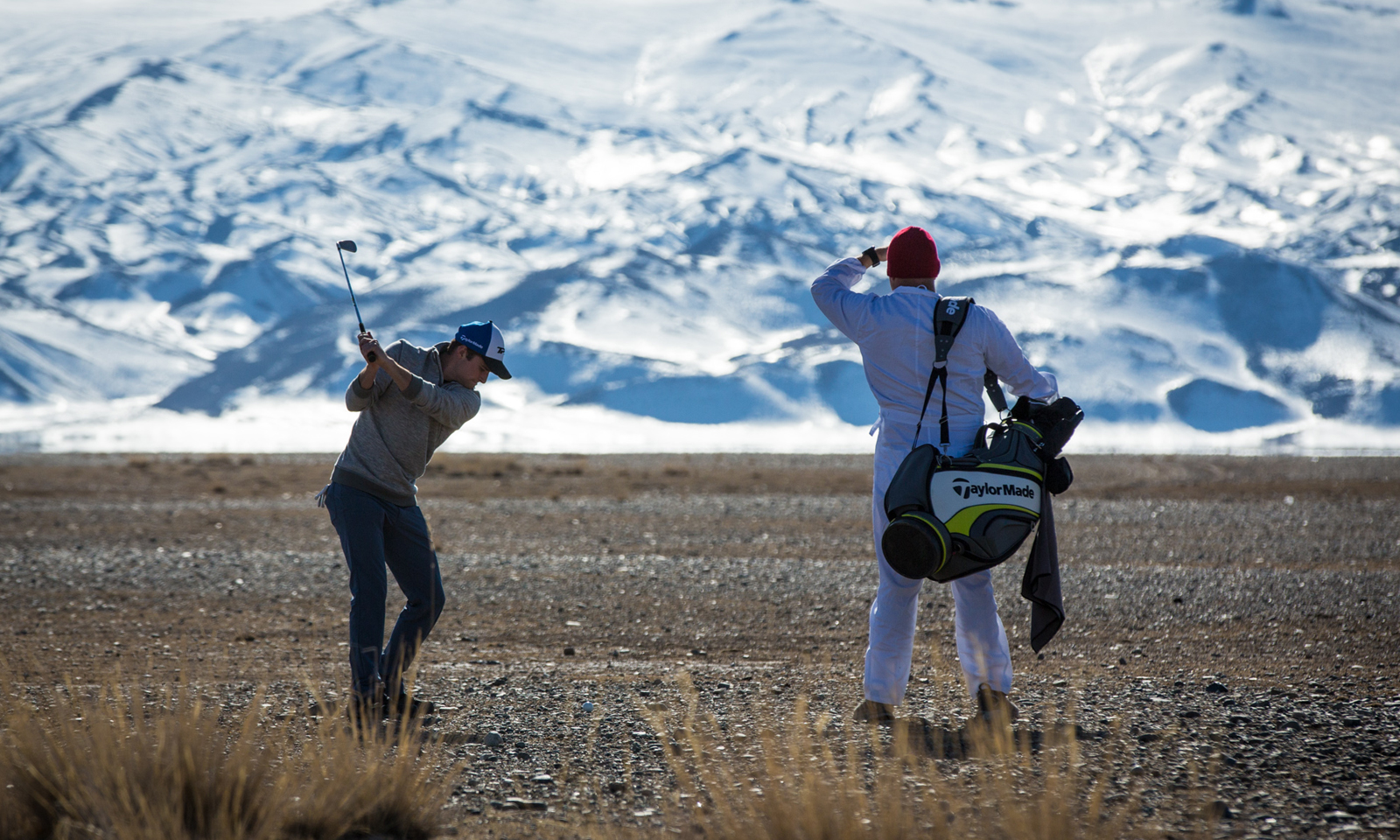 Imagine an early morning tee-off set against a backdrop of awesome natural splendor from the base camp of the highest and most western point in Mongolia. You setup a 3-wood strike, aiming directly into the widest fairway in the world. This will be the start of a mammoth 82-day journey for South African Golfer Ron Rutland, and his Northern Irishman caddie Adam Rolston. Together they will embark on a mammoth 82-day journey golfing their way across the Mongolian terrain to raise funds to support Laureus Sport for Good.

The concept may sound far-fetched, but when you learn that the brain behind it is South African adventurer Ron Rutland, it all starts to make sense. In the build up to the 2015 Rugby World Cup, Ron cycled un-supported through every single country in Africa, then Europe, and on to Brighton, only to watch his nation famously lose their opening fixture of the tournament against Japan.

Now he’s swapping his bike for a golf bag and Ron is off to caddie across Mongolia, where he will be joined by his friend and scratch golfer, Northern Irishman Adam Rolston. The friends reconnected in Kenya, where Adam, who was playing rugby for Hong Kong at the time, heard a motivational speech given by Ron. Inspired by the story of Ron’s 2015 adventure, Adam approached him with a desire to seek a challenge of his own. After only an hour together, they came to the decision that Adam’s passion for golf and Ron’s experience would merge perfectly into a golfing adventure.

Teeing off from the base camp of Khüiten Peak on Wednesday, June 28th, their aim will be to reach the 18th green of Mt Bogd Golf Club, on the outskirts of Ulaanbaatar on Sunday, September 17th. Their journey will include a 12day desert trek and multiple mountain climbs, all while searching for their own food and water. As if the sporting challenge wasn’t enough, the pair will also have to contend with the country’s extreme weather conditions.

In what has been billed as a ‘par 14,000’, the pair will follow the rules, as set by The R&A, in a bid to set a world record for the longest hole in golf. At the same time, Adam and Ron will also raise funds for Laureus Sport for Good, which supports over 100 programmes globally, who all use the power of sport to end violence, discrimination and disadvantage. Funds will also be raised for the South African Golf Development Board.

Ron and Adam have estimated that they’ll lose anything up to 400 balls during the course of the challenge, and using an app, developed for them by Dimension Data, they’ll record every shot via GPS. This technology will allow supporters to track the challenge live via their website.

These balls, sponsored by TaylorMade, will be sold off for a recommended donation of $100, with funds raised going to Laureus Sport for Good and the South African Golf Development Board. An online leaderboard, based on the distance covered by each ball, combined with integrated social media alerts, will ensure donors stay engaged throughout the duration of the expedition.

While Adam will continuously strike the ball along their route, Ron will haul a cart full of over 100kg of equipment for the expedition, including five clubs: a 3-wood, a 4-iron, an 8-iron, a wedge and a putter.

The pair recently spent time preparing for the expedition in Mongolia. Despite cultural differences and language barriers, the local communities embraced them and showed excitement and support for their upcoming challenge.

To buy a ball, and sponsor the challenge, visit thelongesthole.com