The Legend of 'Calamity Jane' 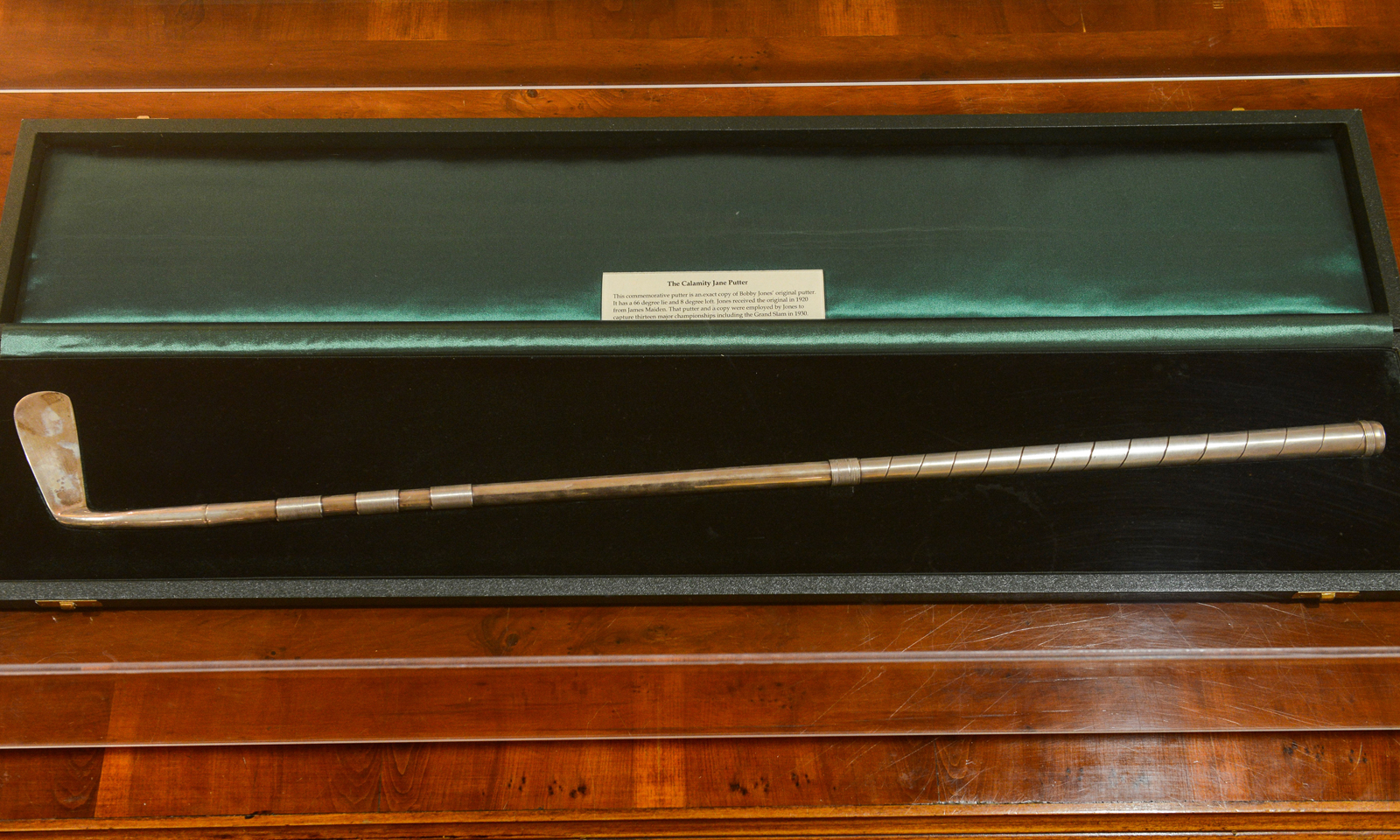 Since 2005, the TOUR Championship, the PGA TOUR’s season-ending event has presented the champion with a replica version of the Calamity Jane, the putter Jones used to win the Grand Slam, as a gift each year. Now, tournament officials announced that the Calamity Jane will become the official trophy of the 2017 TOUR Championship, and moving forward as a way to further honor Jones’ legacy.

Bobby Jones used the Calamity Jane putter for the majority of his career. Jones received the original in 1920 from James Maiden. That putter and a copy were employed by Jones to capture thirteen major championships including the Grand Slam in 1930. In 1925 a fire ravaged through the East Lake Clubhouse. All of Jones’s Clubs were destroyed except for Calamity Jane.

Young Bobby Jones at his home course; East Lake Country Club in Atlanta | Image courtesy of Golf Links to the Past

“It makes my Calamity Jane trophy that much cooler,” said Bill Haas, winner of the 2011 TOUR Championship, who keeps his version in his home office.  “Look, I’m not greedy,” he said. “I’ll appreciate any trophy I win. But (the Calamity Jane) has great history behind it that makes it special.”

Adam Scott won the Tour Championship in 2006 and the “Calamity” trophy brings a sense of pride “every time I walk past it,” he said.

“It’s a beautiful trophy and is obviously unique. In some cases, it can be a bit obnoxious to display your trophies,” said Scott, “but this one is all about history and when that day comes when I have a real (full-time) home, it will get a nice display.”

The TOUR Championship, at historic East Lake Golf Club is September 18-24. The world’s 30 best players will compete for the FedExCup and its $10 million prize. In conjunction with the official Calamity Jane Trophy, TOUR Championship is unveiling a series of initiatives geared to both players and fans that will showcase the legacy of Bobby Jones. Regarded by many as the game’s greatest amateur golfer and a founding member of East Lake Golf Club, the Atlanta native was an instrumental figure in shaping the destiny of one of the world’s great golf courses.

The 2017 tournament will be played Sept. 21-24. The tournament proudly supports the East Lake Foundation and The First Tee of East Lake www.eastlakefoundation.org.

Ticket packages can be purchased at the tournament website – www.TOURChampionship.com or by calling 404-378-8687.