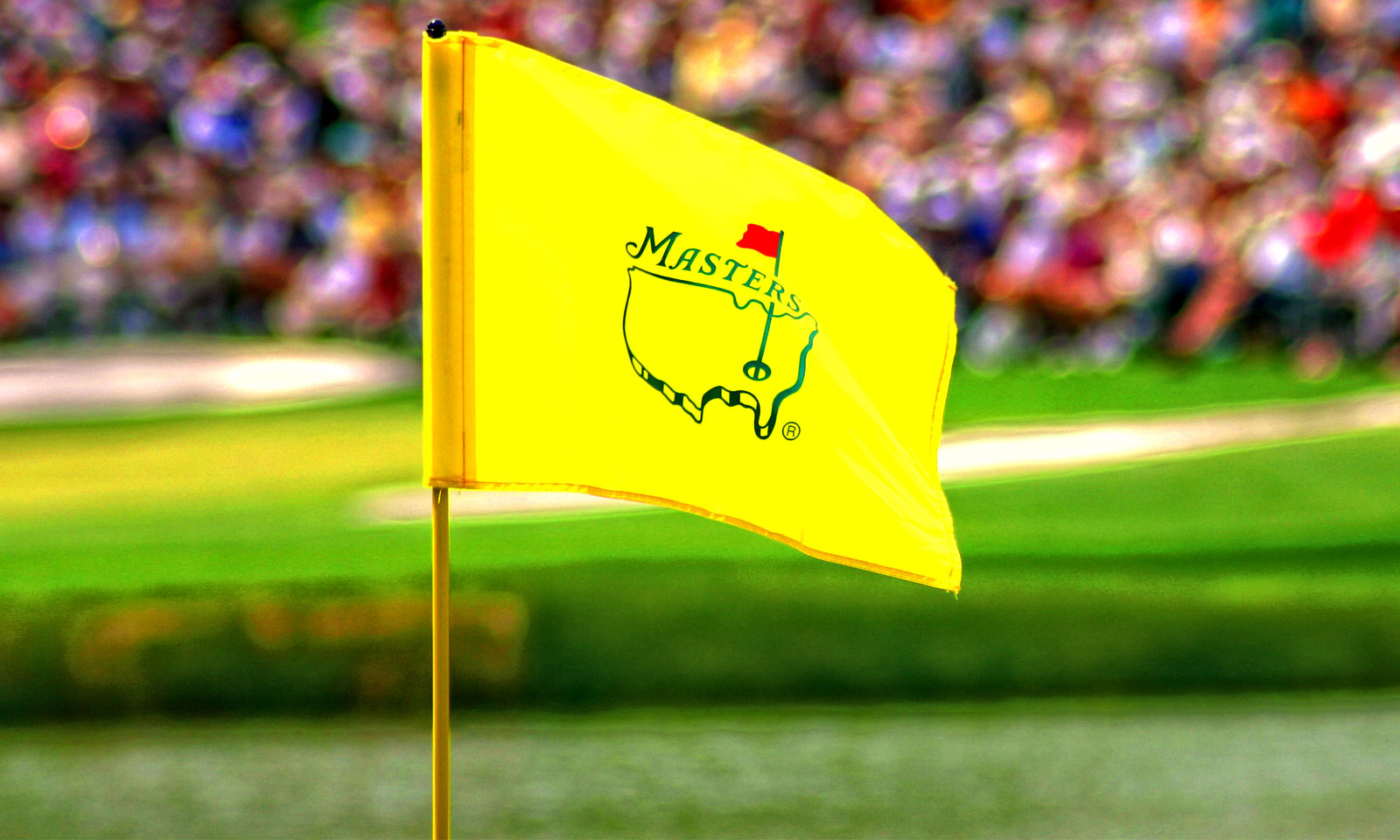 If you Missed the Masters 1 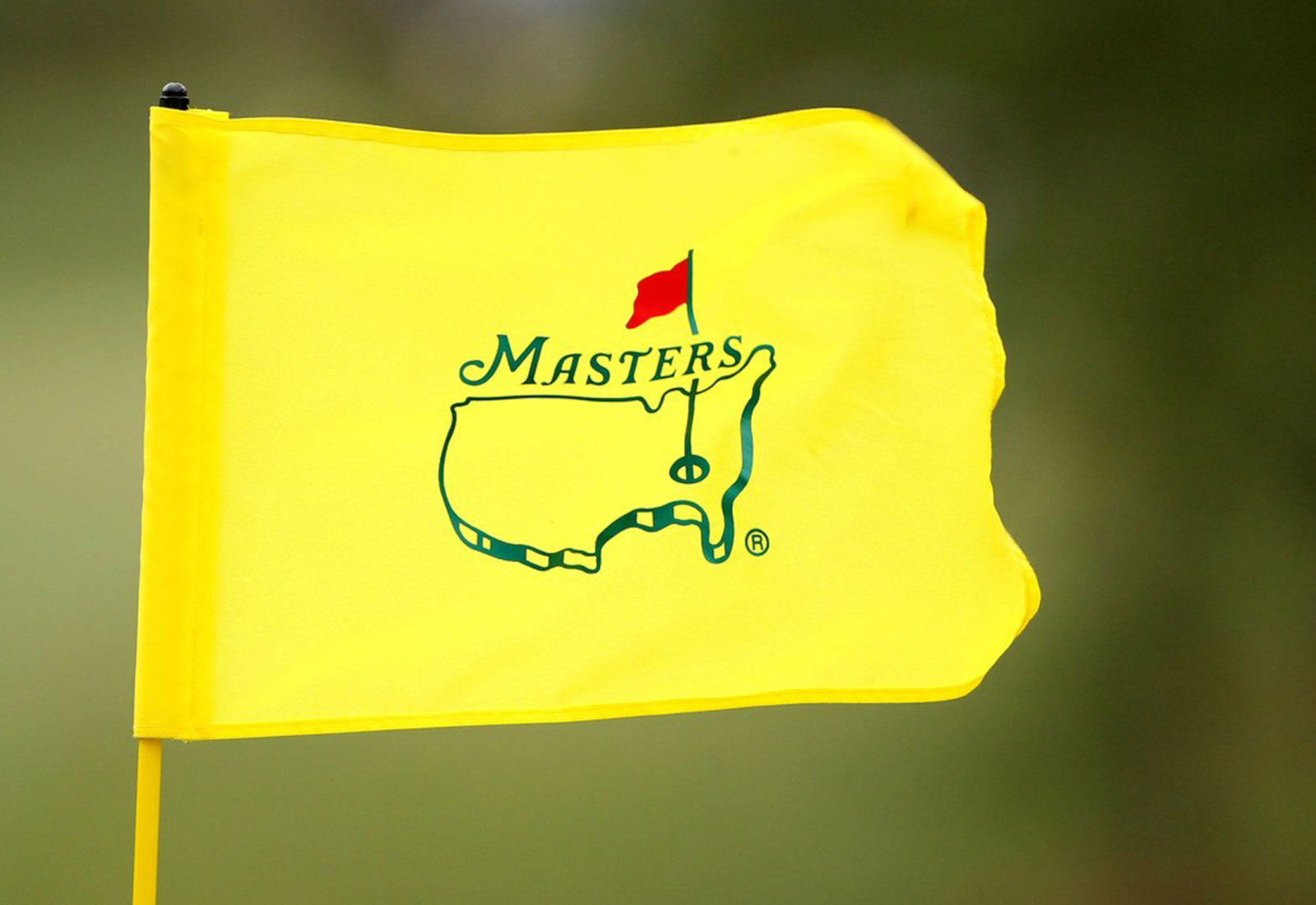 A yearly southern tradition enjoyed by millions, the Masters Tournament is the pinnacle of excellence for both golf professionals and enthusiasts. In what seems like the blink of an eye for an event that is so highly anticipated, this year’s festivities have come to a close and the iconic Green Jacket has officially been awarded to a new owner, Tiger Woods. The thousands upon thousands of individuals that ventured to the Garden City for the yearly spectacle have returned home and the dust is beginning to settle.

While it may seem as though the world came out for the teeing off of the highly anticipated tournament, many were unable to attend the coveted event. The good news? The mass exodus following the Masters leaves room for a personalized visit to the city to customize your own Masters experience without the crowds. If you missed the Masters, here are the top five things to do during your next trip to what Thrillist has named one of the most underrated cities in the U.S. – Augusta, Ga. 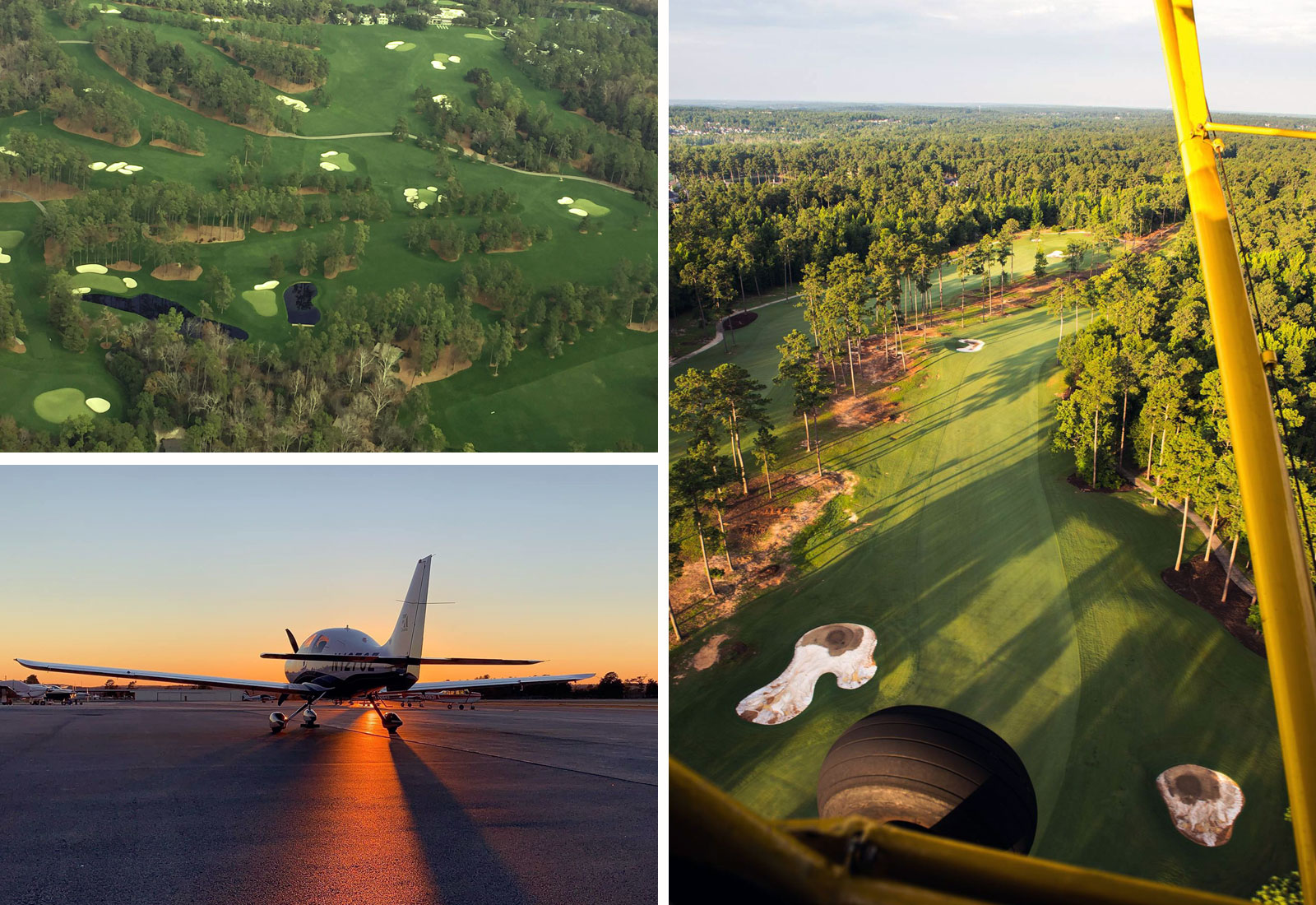 Augusta Aviation based at Daniel Field Airport offers you the best view of that certain golf course in a sleek Cessna 172 aircraft.  If you can’t get in it, then get over it! Aerial tours are available seven days a week during normal business hours.  The purchase allows guests a 30-minute aerial tour along with a unique look at both the course and Augusta, Ga. from above – there’s nothing like it. All tours are based on schedule availability.  Prepaid reservations for aerial tours are $125.  Gift certificates are available through Augusta Aviation at Daniel Field and make for the perfect gift for avid golfers. Ask us about our romantic sunset tours for $179 to enjoy a beautiful sunset over the lake, along with complimentary wine, cheese and souvenir wine glasses. 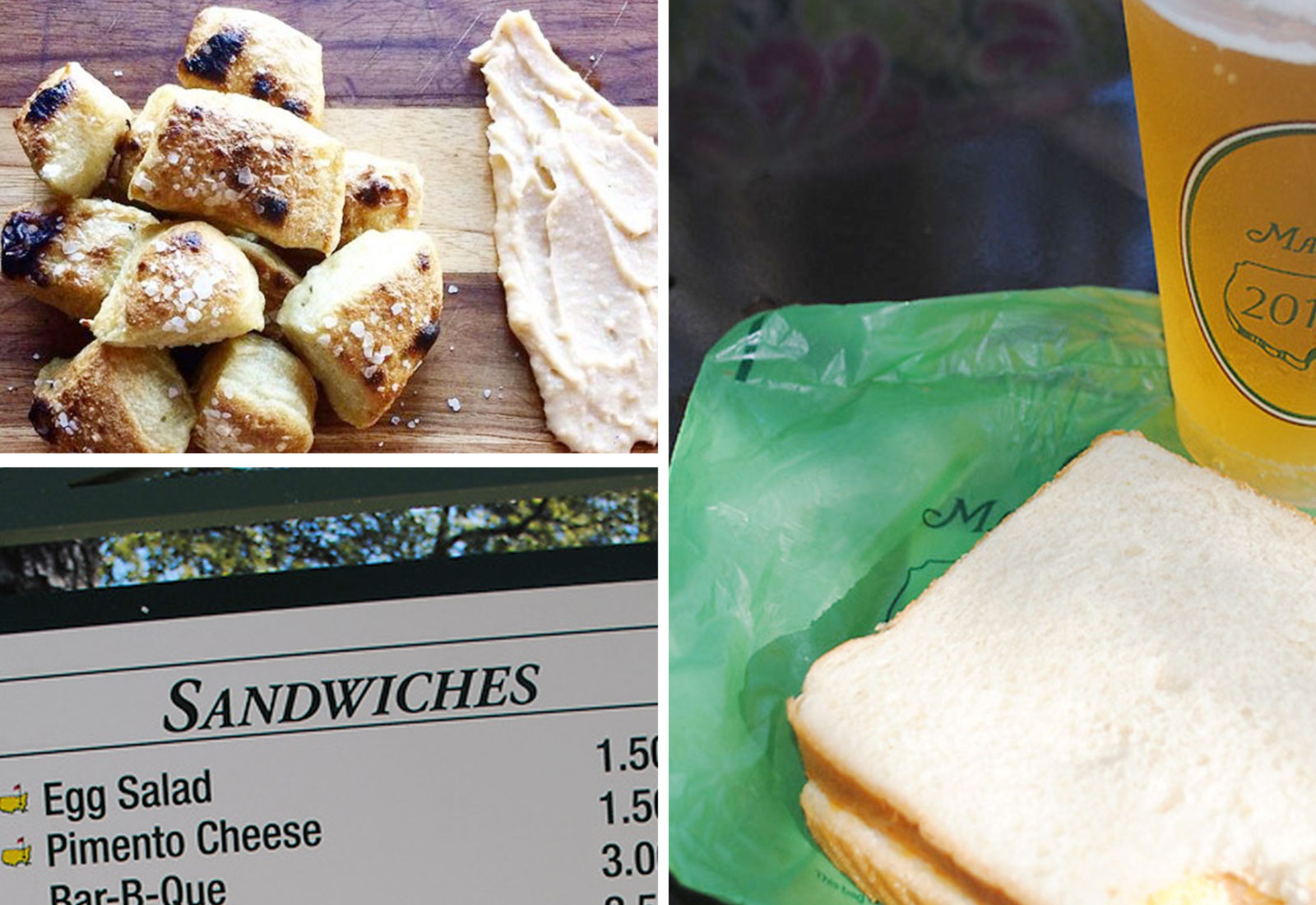 Tucked away in downtown Augusta, local favorite, Craft & Vine, features hand-crafted cocktails, an impressive wine selection and low lights bouncing off art deco and leather, setting the mood for an intimate night setting. This restaurant, which is located right along Broad Street in downtown Augusta, offers an array of gourmet small plates with snacks such as the Woodfired Salted Pretzel Bites with a Pimento Cheese fondue. While it’s not the famous $1.50 pimento cheese sandwich available to Masters patrons inside Augusta National Golf Club, it’s pretty close and equally as delicious. Served up soft, salty and warm, this mouthwatering menu item serves as a tasty tribute to the traditional course favorite and is available year-round. 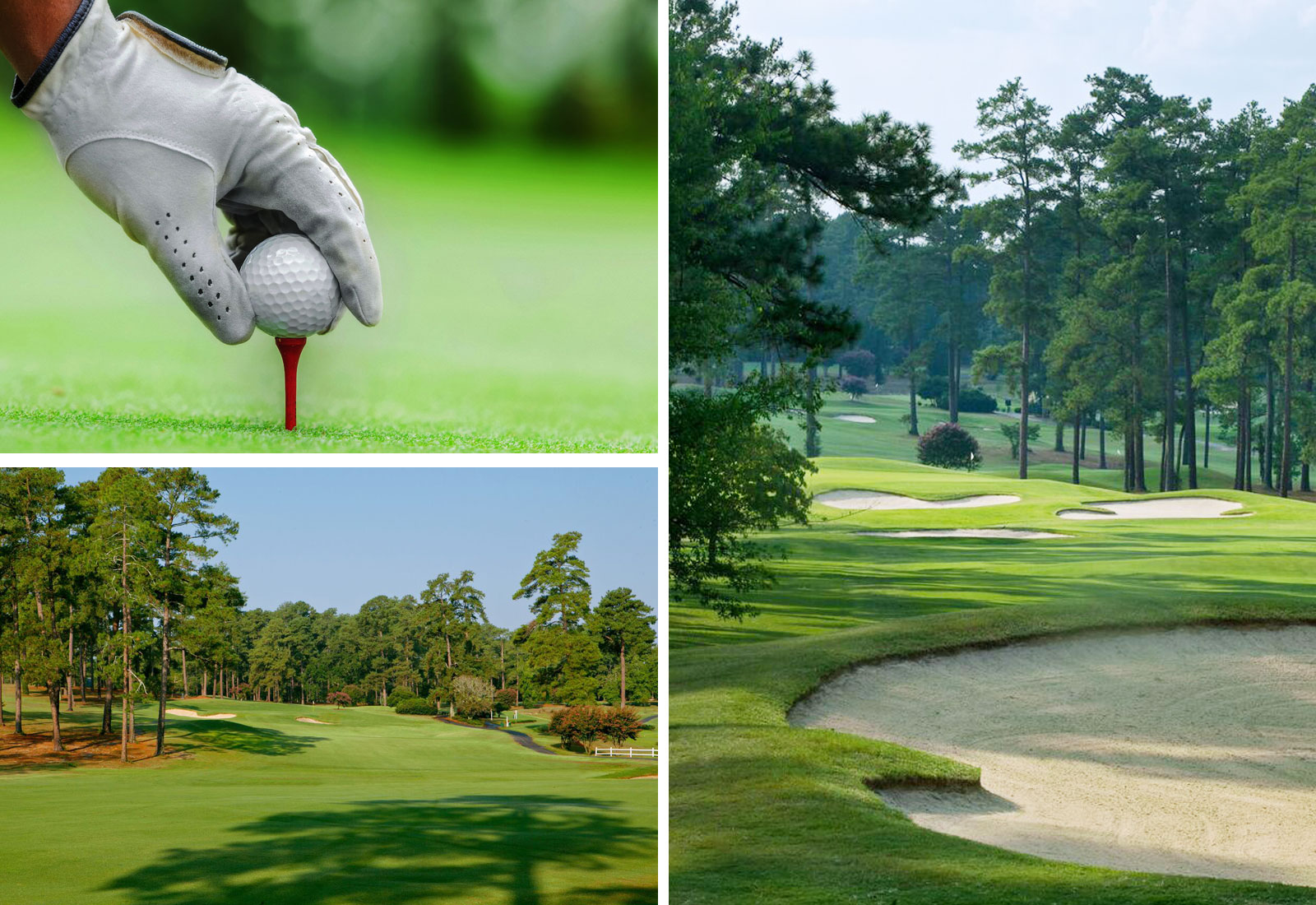 Established in 1926, Augusta University’s Forest Hills Golf Club is a much-loved staple within the golf community in Augusta, Georgia. This 18-hole golf course holds remarkable history from Bobby Jones beginning his 1930 Grand Slam of Golf at Forest Hills in the Southeastern Open to college golf events where future greats like Phil Mickelson (1989), Davis Love III (1981, 1982) and others competed. Forest Hills is home to the Men’s and Women’s Jaguar Golf Teams of Augusta University and became a part of golf history again when the Men’s Team successfully defended its 2010 NCAA Division I National Title and earned its second consecutive National Championship in 2011.

Forest Hills was originally designed by world-renowned golf course architect Donald Ross and was renovated by the Arnold Palmer Company in 2004. Continuing its long-standing tradition of excellence, Forest Hills is repeatedly named “Best Public Golf Course” by Augusta Magazine and offers traditional Southern topography with level, rolling fairways surrounded by magnificent trees. In addition to affordable rates, this accessible course also features a driving range and practice facility, a bar and grill, and a banquet facility.

Gordon Lakes Golf Club is a spectacular golf course located on Fort Gordon. Open to the public, Gordon Lakes operates with service members and civilians in mind. Gordon Lakes is a 27-hole facility that has played host to the All Armed Forces Championship, and the All Army Golf Trials. A frequent host to Masters Tournament champions, the courses play to a demanding par 72.

The original 18 holes were designed and built in 1976 by the renowned golf course architect, Robert Trent Jones, Sr. Gordon Lakes offers golfers the opportunity to relax in a beautiful, secluded setting. The surrounding landscape is stunning, lined with pine trees and native flora, the courses feature a 20-acre lake and a Robert Trent Jones, Sr. signature island hole. 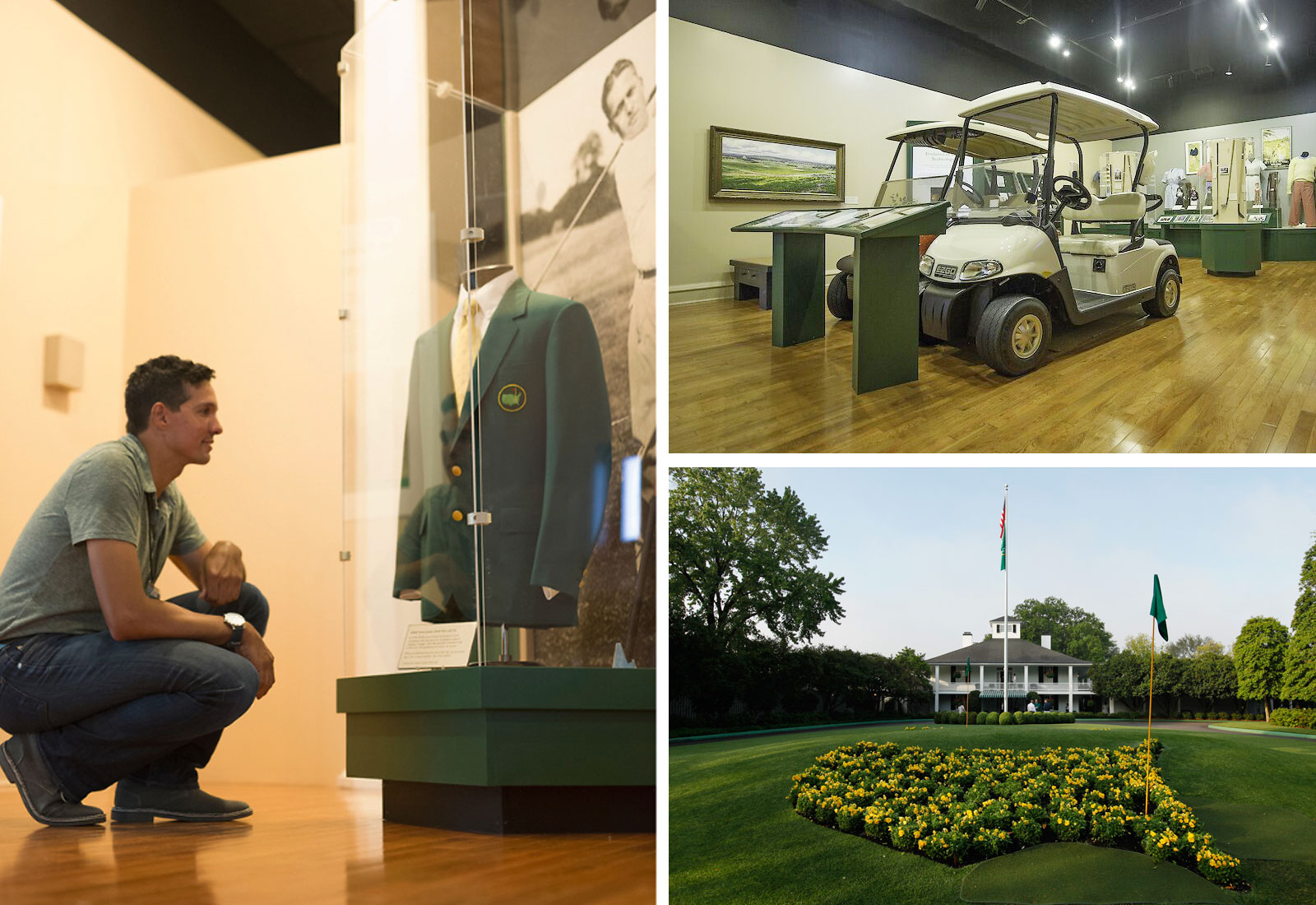 Celebrating a Grand Tradition is an expansive exhibit exploring how the beloved sport of golf has evolved over the centuries through technology and modern-day advances. The exhibit highlights the four oldest golf clubs in the region including: Palmetto Golf Club, Augusta Country Club, Forest Hills Golf Club and the home of the Masters tournament, the Augusta National Golf Club. Golf enthusiasts will enjoy an up-close look at a green jacket, learning the history of the sport and about the region’s rich golf past. Major personalities that have directly impacted and continue to influence the sport are also highlighted throughout the exhibit including: Bobby Jones, Patty Berg, Arnold Palmer, Jack Nicklaus and Tiger Woods.

The Augusta Museum of History is also home to a permanent exhibition highlighting Augusta’s story, a 12,000-year journey through the region’s past. The exhibition has received several awards including the prestigious Certificate of Commendation from the American Association for State and Local History.

In this article:featuredtravel, Masters Tournament 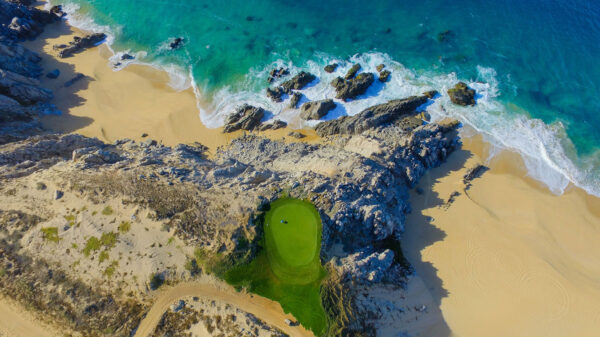 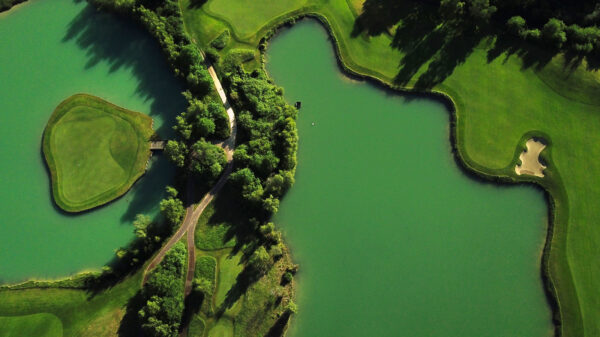