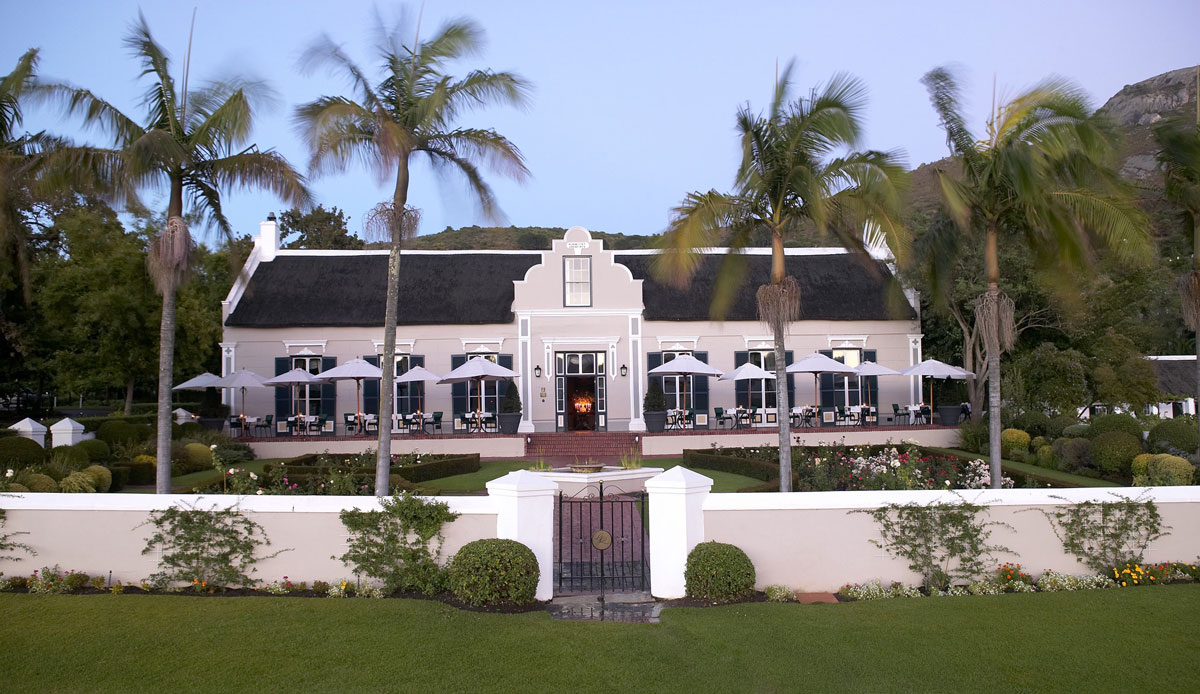 ONE OF THE TOP RESORTS ON THE ENTIRE AFRICAN CONTINENT

[dropcap size=small]R[/dropcap]ed-granite mountains stand rough and mighty beyond the verdant vineyards that fill the Paarl Valley, just a forty-minute drive outside of Cape Town in the heart of golf country. A pleasant breeze sweeps through the hotel’s meticulously maintained grounds and the fragrance of the abundant flowers is as soothing as the view.

Over 300 years ago, the Dutch and the French Huguenots settled in this valley, bringing with them the architecture and viniculture that remains today. Part of that tradition is Grande Roche, a five-star luxury hotel with a reputation that extends far beyond South Africa; this is one of the top properties on the entire continent.

The original landowner, Hermanus Bosman, came here in 1717. In 1876, the then popular Victorian style was introduced, but it wasn’t until the 1990s that the vision of the Victorian manor as a resort came to fruition.

Renovations were completed on the resort in 1991 with meticulous attention to detail gaining it status as a national monument. The five-star service and restaurant increased its international notoriety. In 1994, Grande Roche became only the fourth African hotel to be granted membership with the prestigious French hotel association Relais & Châteaux. The resort’s Bosman’s Restaurant is the only Relais Gourmands restaurant in all of Africa.

Over the last 10 years, the resort has basked in accolades. The Grande Roche’s wine list—from a well-stocked cellar of nearly 300 vintages—has received a five-star rating six times from Wine Magazine, and the same stellar acknowledgement has been bestowed on its restaurant’s food and ambience.

Executive chef Frank Zlomke is the mastermind behind the eclectic menu of South African fare, which takes influences from Dutch, French, Indian and Malaysian culinary traditions. The German native has been with the restaurant since it opened the kitchen in 1992.

Guests choose to eat in the elegant dining room or outside on one of the terraces where one can also enjoy a good smoke. Working with cigar aficionado Theo Rudman, Bosman’s put together South Africa’s first cigar club.

Enjoy an oyster and champagne breakfast on a private terrace shaded by overhanging grapevines. (Take note those of you with pending nuptials, this is a keenly romantic setting, and a 300-year old chapel is on site.)

Tea is served in the afternoon in the lounge decorated with antiques, a fireplace and plush chairs. Sip a cognac or one of the many vintages from the cellar—some of which come from the neighborhood. 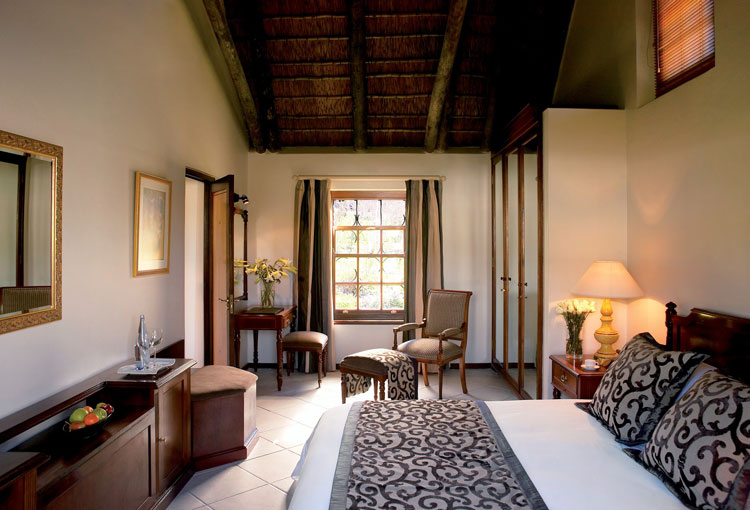 The 29 two-level luxury suites feel more like private country retreats. The accommodations hold the period atmosphere, respecting the original architecture. Log-beamed ceilings supporting thatched roofs give it a rustic appearance, but the furnishings are top notch and the service is exquisite.

Sauna and massage services, as well as a heated pool, make this a place you may never want to leave, but the resort’s setting will draw you in as well. The Winelands region is a pleasure to the eyes, a breathtaking sweep of mountains and fertile valleys with a mild Mediterranean climate.

Whatever your whimsy, if you stay at Grande Roche, expect five-star treatment. www.granderoche.co.za