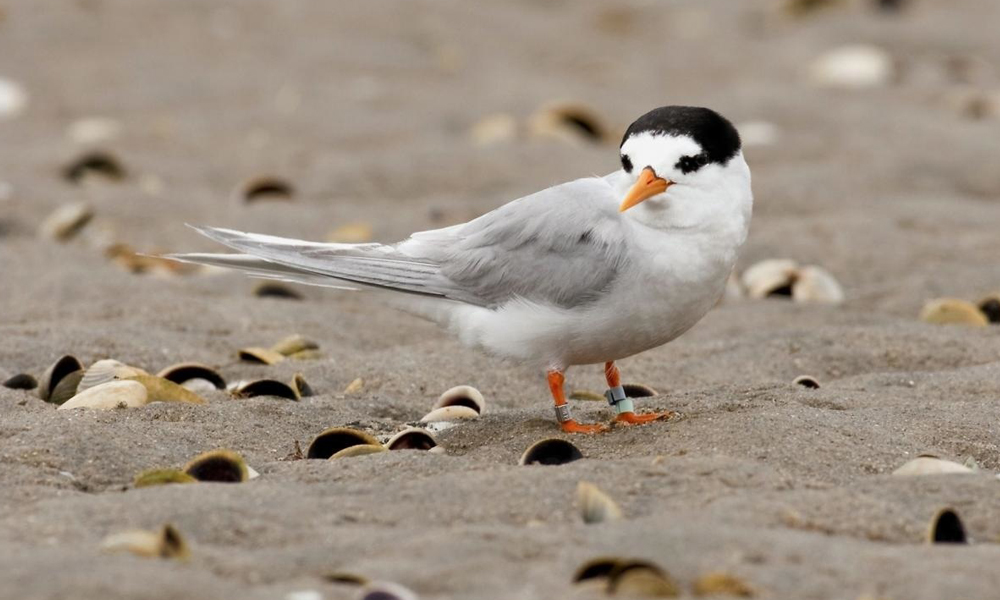 When the prestigious New Zealand-based Tara Iti Golf Club officially opened last month, endangered shore birds outnumbered golfers by nearly 10 to one, a fact that delighted club founders as well as the local conservation establishment. And that’s because the property developers are just as interested in fostering the region’s ecological protection as they are in attracting golfers and homebuyers to the exclusive club.

With a course designed by Tom Doak, and already being hailed by links aficionados around the world, membership in this seaside club set amid sand dunes about 62 miles northeast of Aukland is by invitation only. And the 1,500-acre property–brokered exclusively by Aukland-based Legacy Partners, Ltd.–only offers 46 home sites. 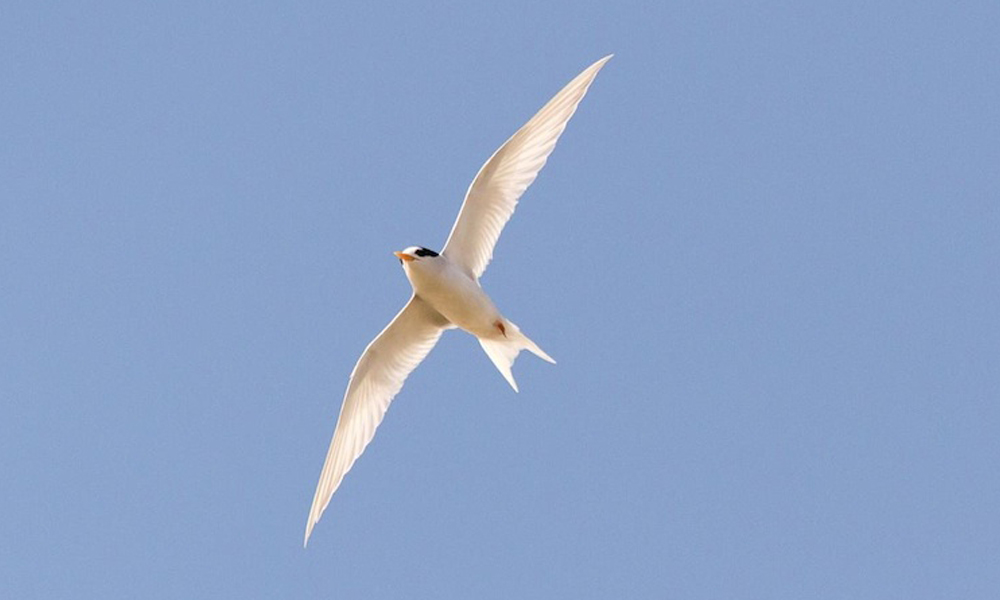 The club is named for the critically endangered fairy tern, which is known by its local Maori term, Tara-iti. The club and surrounding property marks just one of just four places in New Zealand where the tern continues to breed. Upon acquiring this property, club founders established the Te Arai and Mangawhai Shorebirds Trust to conserve and protect fairy terns in addition to other at-risk shorebirds on the Mangawhai Wildlife and the Mangawhai Marginal Strip. In addition to sourcing and providing funds necessary to the preservation, protection and fostering of these shorebirds, the Trust is charged with actively promoting growth in the number of threatened shorebirds. 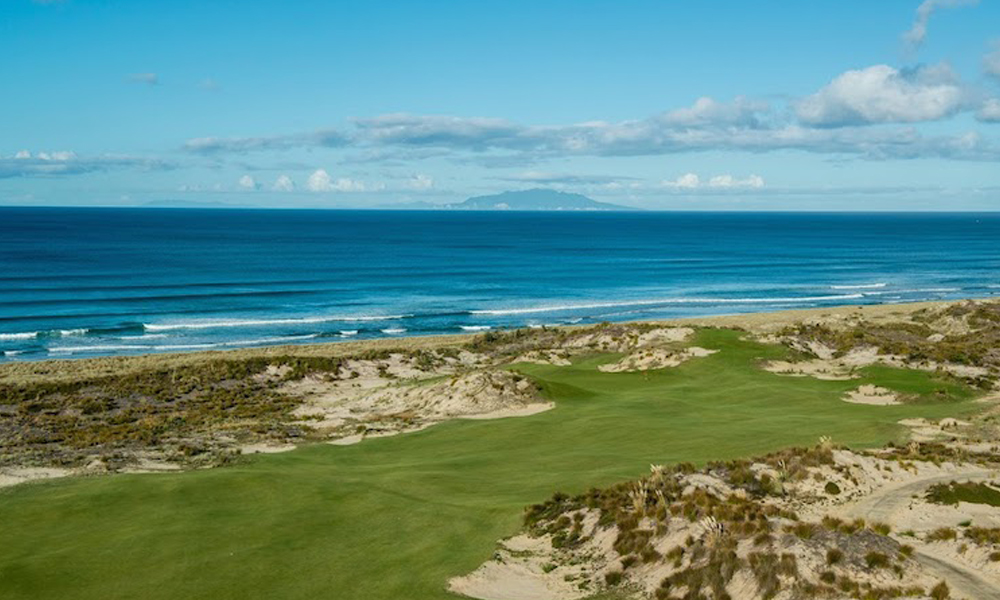 According to David Wilson, a Department of Conservation ranger at the Mahurangi/Warksworth Office, that effort is paying off. Thirty-seven fairy terns were assessed here at the beginning of the 2014-15 season. That figure has grown to an estimated 40–a small but appreciable increase for such a critically endangered species. A new breeding season has begun, but progress can be painstaking and highly variable.

“We are only aware of nine live females which are old enough to breed,” Wilson said. “This gives a maximum of nine breeding pairs that could breed this summer (compared with 11 last summer). The remaining 30 or so birds are either adult males, or birds which are too young to breed — most are probably capable of breeding in their second summer after fledging. Good progress with predator control in the last year or two means that storms during the breeding season are the other major threat to breeding success. Last season, storms killed five out of 11 chicks.”

The Tara Iti GC property (indeed, the entire shoreline stretching north from Te Arai Point) has long been home to dense, non-native tree cover that provided shelter to all manner of fairy tern predators. The clearing and development of Tara Iti GC, in addition to selective clearing for housing sites, has played a major role in aiding what Wilson calls “predator control.” 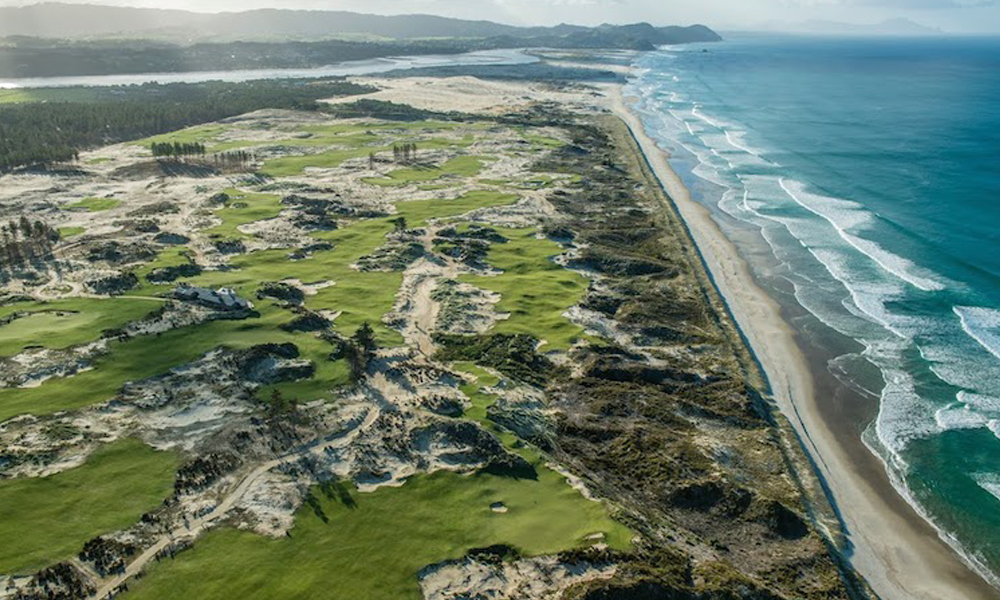 “We’re all hoping for a healthy breeding season,” said Legacy’s Michael Pleciak. “But it does appear our cleaning up the forest has, as we’d anticipated, removed many of the fairy tern’s predators. For that we must thank the diligent work of local rangers in helping to make this happen.”

Tara Iti GC and its real estate component, Te Arai, were developed by the New Zealand Land Fund (New Zealand Land Fund 2 GP Limited), which is dedicated to the prudent development of prime oceanfront, mountain and lake property throughout the North and South islands. Legacy Partners enjoy the exclusive authority to market the real estate assets of NZ Land Fund projects, which are spread across the length and breadth of the country.

“In everything we have undertaken here–from the meticulous development of Tara Iti and the home sites, to supporting the Te Arai and Mangawhai Shorebirds Trust–the priority has been and will always be protection and preservation,” said Legacy’s Jim Rohrstaff. “So far as we’re concerned, this effort serves our own interests, those of club members, home buyers and the entire regional community. The native environment here is such an important part of what makes Tara Iti an extraordinary golf environment. It’s what makes Te Arai one of the truly special places in the world of real estate.”

“The partnerships we’ve created here aren’t just with the golf club, or with Te Uri o Hau,” club General Manager Matt Guzik said, referring to the local Maori tribe here in NZ’s Northland region. “We meet with all the conservation organizations in the area. Our club staff assists in trapping and monitoring.  It’s been a real team effort, and everyone is so pleased with the progress–in bird counts, in opening the club, in creating something truly unique here.”

Guzik added that Tara Iti GC and other contributors fund all Shorebird Trust efforts, including future funding for trapping services. In April, 2016 the club will host the first of what will be an annual golf tournament to benefit the Trust, thereby spreading year-long financial support among the club, its members, Northland golfers and conservationists alike.

“Te Uri o Hau is pleased to see that the environmental, economic and social outcomes expected from the sale of the land at Te Arai has exceeded expectations,” said Deborah Harding, chief executive officer of the Te Uri o Hau Settlement Trust. “The environmental outcomes have been positive, especially for the shorebirds. Mangawhai and the wider community have enjoyed the economic benefits from the establishment of the Tara Iti Golf Club and the social benefits include the creation of local permanent jobs and the positive outlook for the area.” 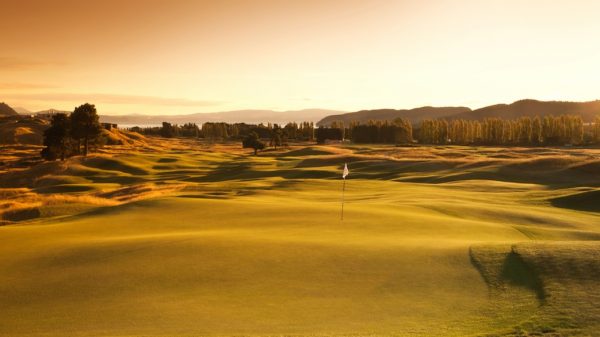