BREAKING ALL THE RULES OF THE GAME

[dropcap size=small]J[/dropcap]amie Sadock, designer of Jamie Sadock Sportswear, is on a mission. She wants women to look good and feel good while putting on the course of life. Sadock’s golf inspired collection, is a spinoff of her original sportswear line known for its color, comfort and style. Now, she finds herself is new territory where there are rules to game day dress and the customers want unique pieces that compliment their golf swing course attire.

When asked if designing for golf thwarts the spirit she brings to her work. She responds with the indignation of a free spirit who has just been told to assimilate into society.

“Yes, yes, yes!” she says.  “So many rules! The limitation of the rules…my rules are:  there are no rules.”

Despite the burden of rules, she does allow herself one guideline-knowing her customer and what she wants. Sadock takes into account what the way they want to feel when wearing her clothes. 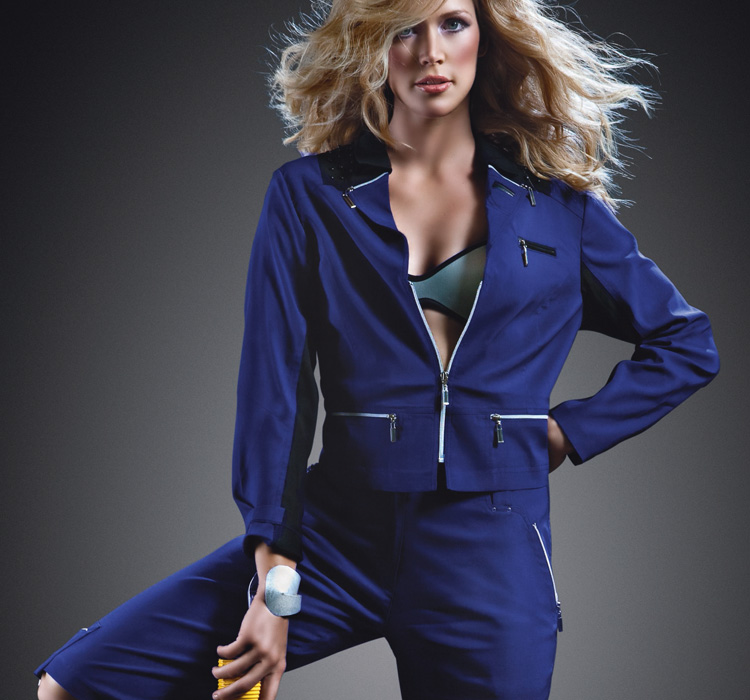 “From the dialogue that I have had with my customers and the end consumers, I understand and feel that the energy put into each style helps make them shine,” she says. . “The woman who wears my clothes shines from within because she feels special, she feels herself and is allowed to be who she truly is with a renewed sense of confidence and spirit.”

After becoming familiar with clothing at her father’s clothing factories in eastern Pennsylvania, she then moved on to apply what she had learned at other labels. Her resume includes working for Garan (Garanimals), Sassoon, Henry Grethel, Calvin Klein, Le Coq, Sportif, Harley Davidson, and Ixspa by Jamie Sadock, she now focuses her attention on her line Jamie Sadock.

She says the sources for clothing ideas are endless. She pulls inspiration from the past and recalls a mishap with a horse that led to a new color for her line. 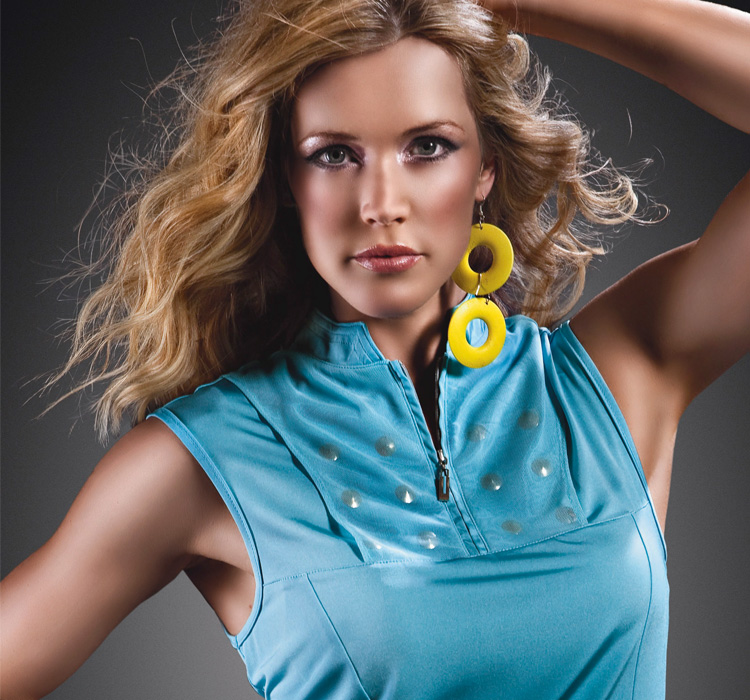 “Once I had a surprise party for my husband’s 40th birthday, and since he thinks he’s a reincarnated cowboy, I hired a horse to come to the loft.  Everyone had to come in western garb, and all went well until someone shot off a blank gun and the horse neighed and did his thing on the floor.  The handler cleaned it up and all was good,” She recalls.  “From that horse, I took a few strands of the mane and got the next shade of khaki that I used for the upcoming season.  So inspiration can come from anywhere.”

Her resourcefulness led to international success. Once on trip to Japan she saw her designs in five different stores.  Now, she is expanding the categories of her women’s line, and has developed a men’s collection line, and launching a new nightwear line “Jamie’s Jammies”. Sadock recently opened her first store in Prague, with more to follow. She even launched an exclusive jewelry line only available at special events.

Anyone else would find expending all that energy exhausting, but Sadock manages to maintain a breathtaking range of interests.  Her fine art photography has been in several gallery shows and participates in equestrian jumping and dressage. She is passionate about her athletic pursuits and boasts of the feats of her thoroughbred horse.

“I got up to jumping three 5-foot fences in a row,” she brags. “My Arab jumped like a gazelle” 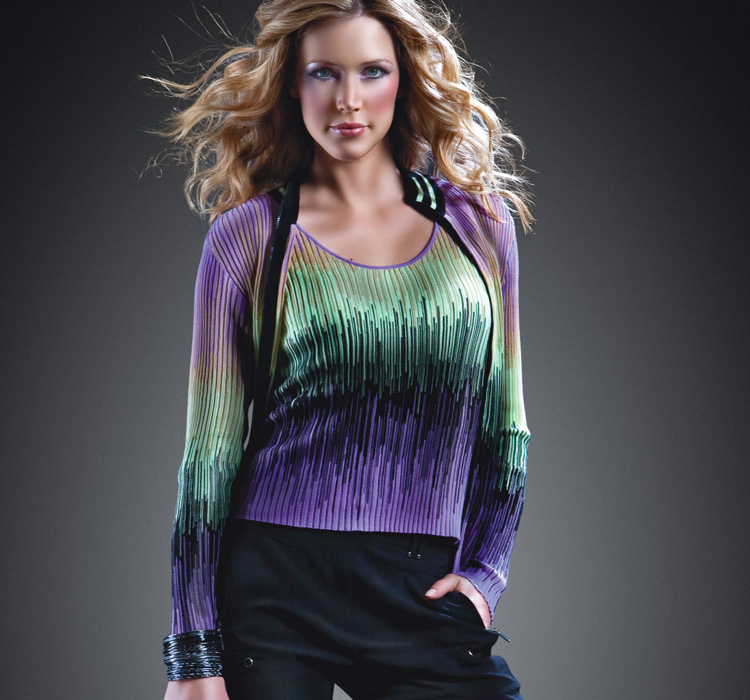 Sadock’s adventures don’t end at the stable. She has done a tandem parachute jump with the Golden Knights at 14,000 feet and is the proud owner of two motorcycles, a Harley Sportster Deluxe and a Honda Rebel.

An active lifestyle does not distract her from what she considers her main job, understanding the customer. That, combined with her own artistic sense and taste, along with her flair for color and passion for her work, is what drives her clothing design.

“Each style has its own spirit that is enjoyed by that 20-year old, that 30-year old; by that 80-year old who is still that same 20-year old,” Sadock says.

FIND OUT MORE  ABOUT JAMIE SADOCK AT JAMIESADOCK.COM