The Iconic Stan Smith Sneaker Gets a Golf Upgrade 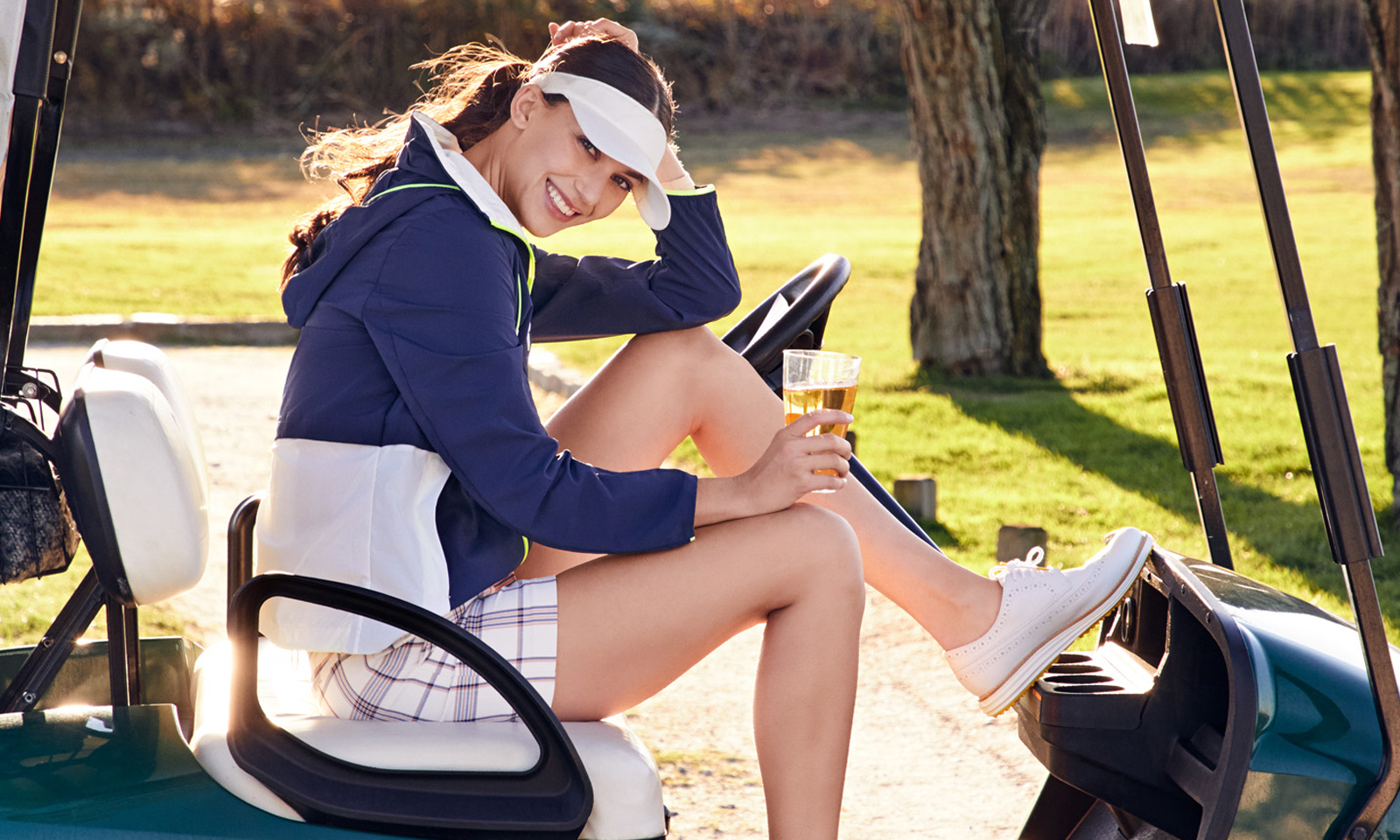 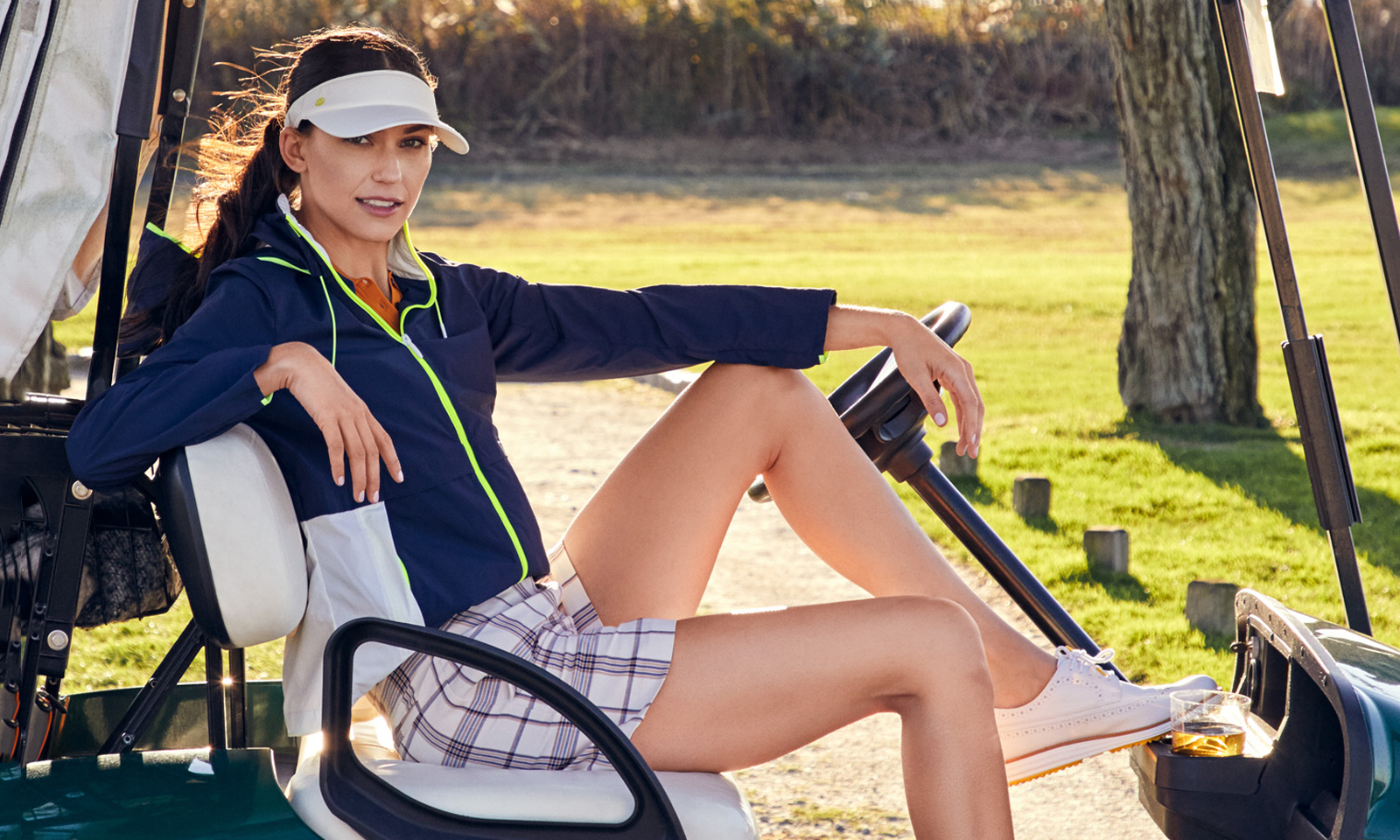 For golf fans, the Masters Tournament signals the golf season’s unofficial start, and Cole Haan, the iconic American luxury lifestyle brand, has cleverly tied in the launch of its golf footwear collection during the week of the first major.

With the start of the new season, Cole Haan has boldly stepped into the performance golf category with a collection of three uniquely innovative styles for both men and women designed and engineered to the game’s specific needs.

Cole Haan’s cutting-edge shoes are made to perform both on and off the links. Style-conscious golf aficionados who contemplate a wardrobe refresh to start the season and step up their game are in for a grand surprise. 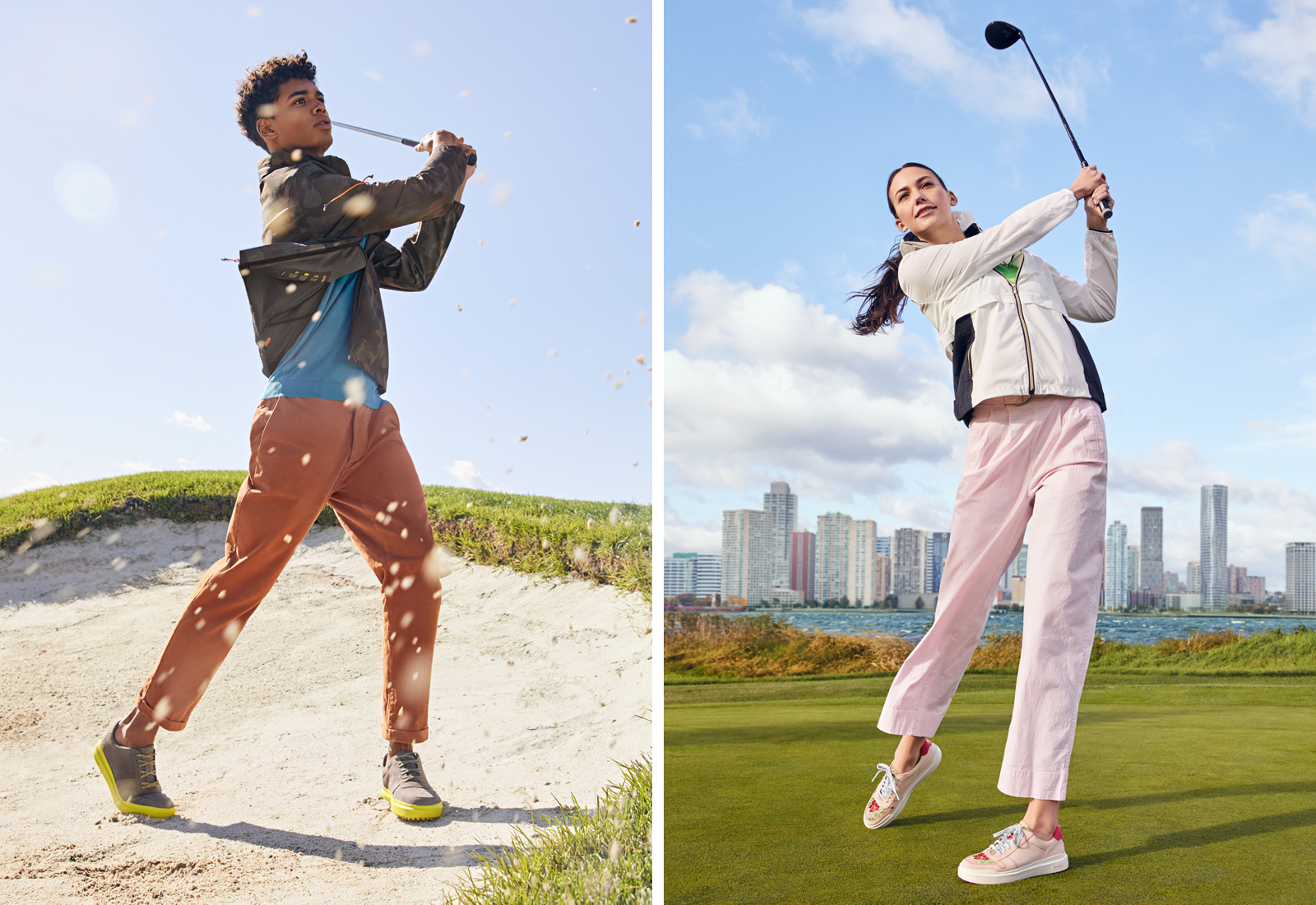 Available in best-selling collections ØriginalGrand, GrandPrø, and Generation ZERØGRAND, all are infused with Cole Haan’s signature Grand 36Ø Design & Engineering system. This system delivers the all-day performance and comfort required to make it through 18 holes and beyond the green.

“With more people golfing than ever, Cole Haan set out to democratize the game,”

“Our customers have asked us for years to make performance golf shoes, however, we knew we couldn’t simply offer something on par with the marketplace. We believe we’ve set a new standard with an alchemy that combines superior performance, long-lasting comfort, and a confident style that goes straight to the clubhouse. We have written new rules when it comes to both men’s and women’s golf footwear.” 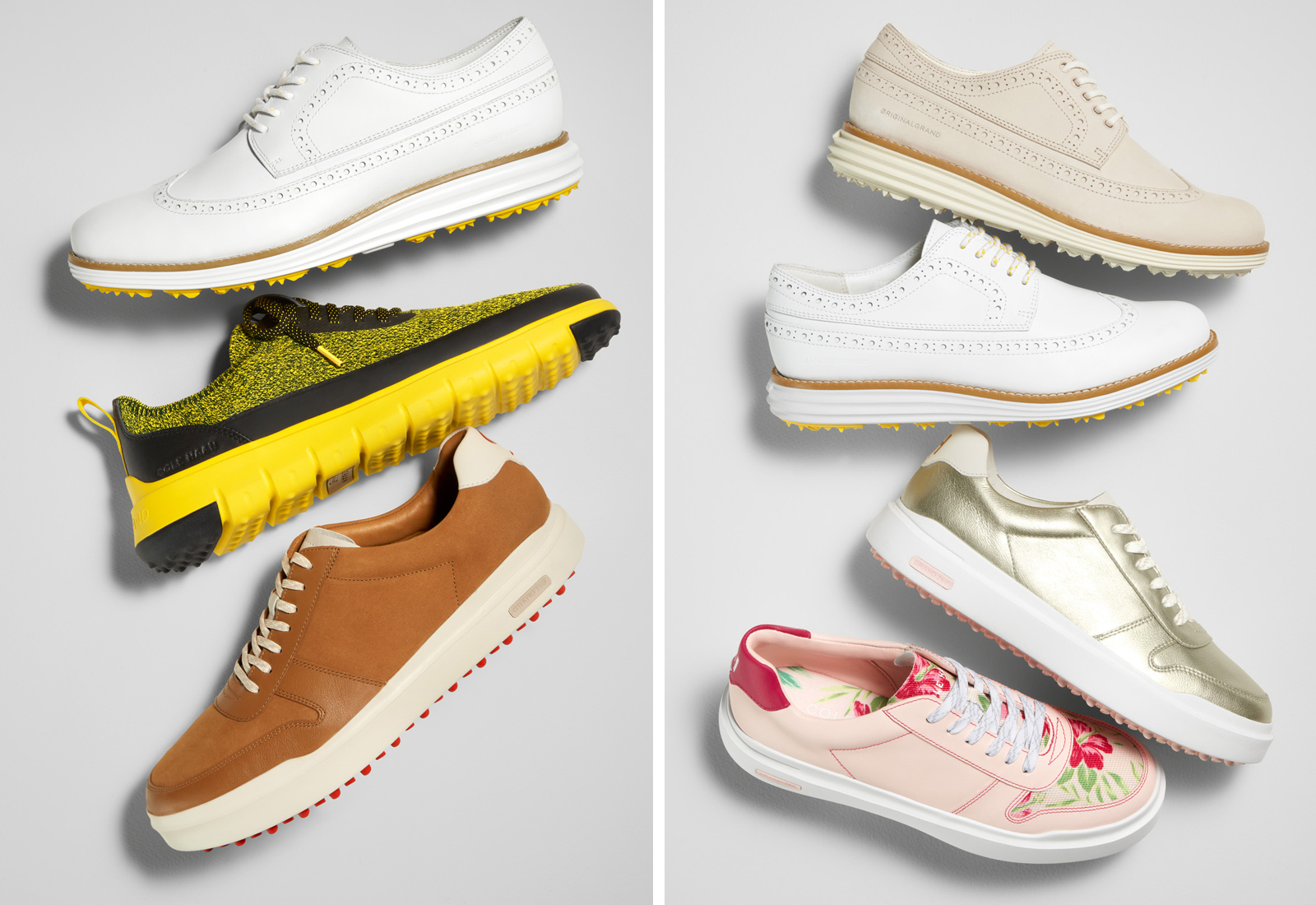 On the golf course, personal expression and style have become more pronounced. Cole Haan aims to continue that evolution, by taking three of its most-loved collections and adapting them for golf performance. By providing multiple generations of golfers an outlet for individuality, Cole Haan is looking to set itself apart from the pack. The season’s onset makes perfect sense to pair a golf launch since those new to the sport will be eagerly watching and perhaps inspired to up their golf gear game.

Available in both men’s and women’s sizing, the ØriginalGrand Golf Shoe remains classic with an oxford look, while the GrandPrø AM Golf Sneaker boasts a modern street-style in an exciting variety of prints. The camouflage design is particularly striking and is sure to turn heads on the tee.

The Generation ZERØGRAND Golf Sneaker, exclusive to the mens’ range, combines an athletic and a dress shoe aesthetic for an entirely unique take on golf footwear that only Cole Haan can deliver. 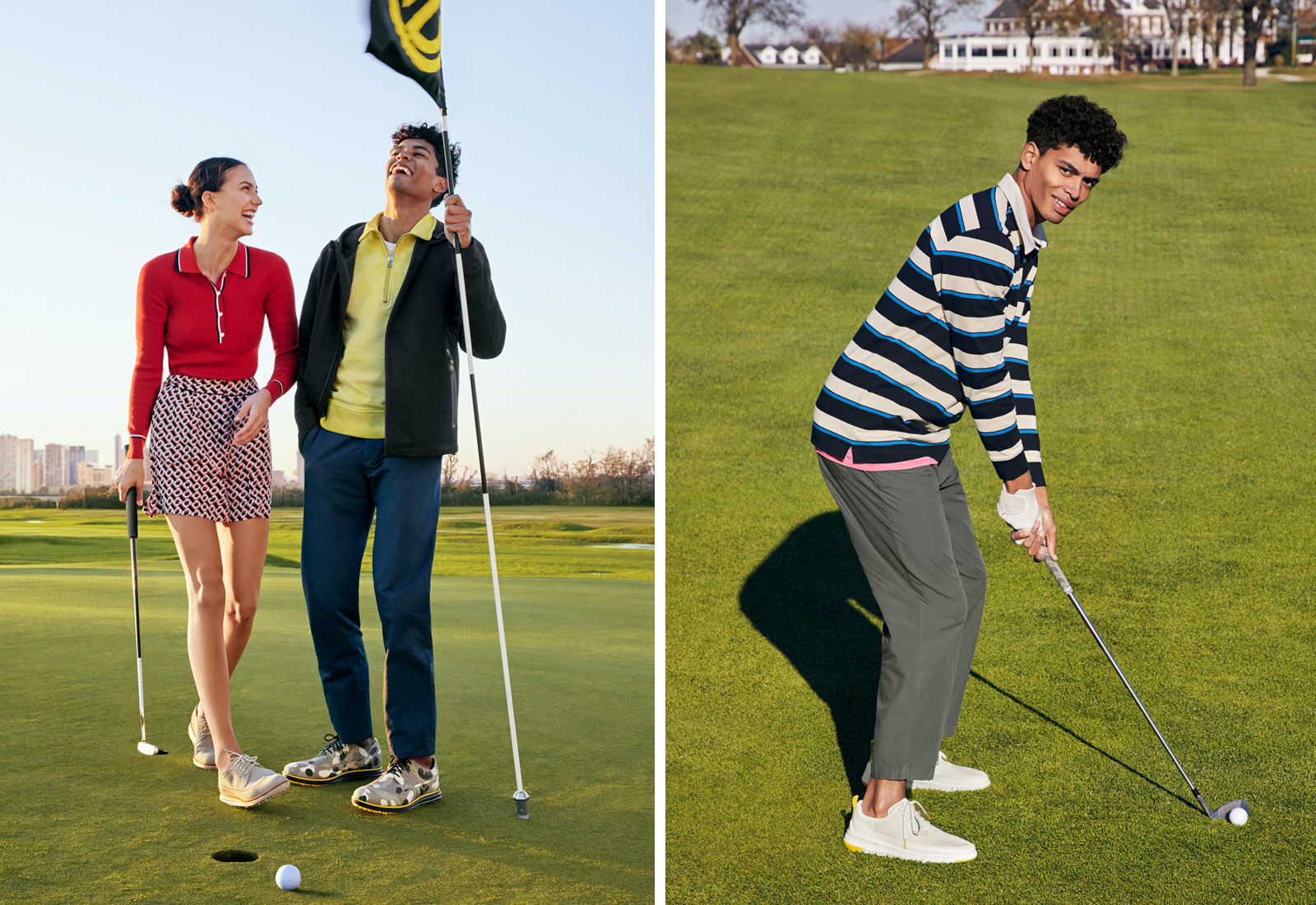 “Golfers need comfortable, supportive, and stylish footwear that performs on and off the course,” adds Scott Patt, Cole Haan’s Chief Creative Officer. “We’re excited to introduce an assortment of styles that are exceptionally lightweight, cushioned, and are engineered with proprietary multi-directional traction that takes golfers from the course to the clubhouse.”

The details speak to Cole Haan’s attention to performance in its first season on the field of play, but the brand is just as excited to bring a more playful personality to the course. The brand’s continuation of the #WriteNewRules project, which Cole Haan launched in Fall 2020, invites Emmy-winning multimedia artist Mike Perry to illustrate the new rules for golf playfully, including No. 051: Play by your own rules. 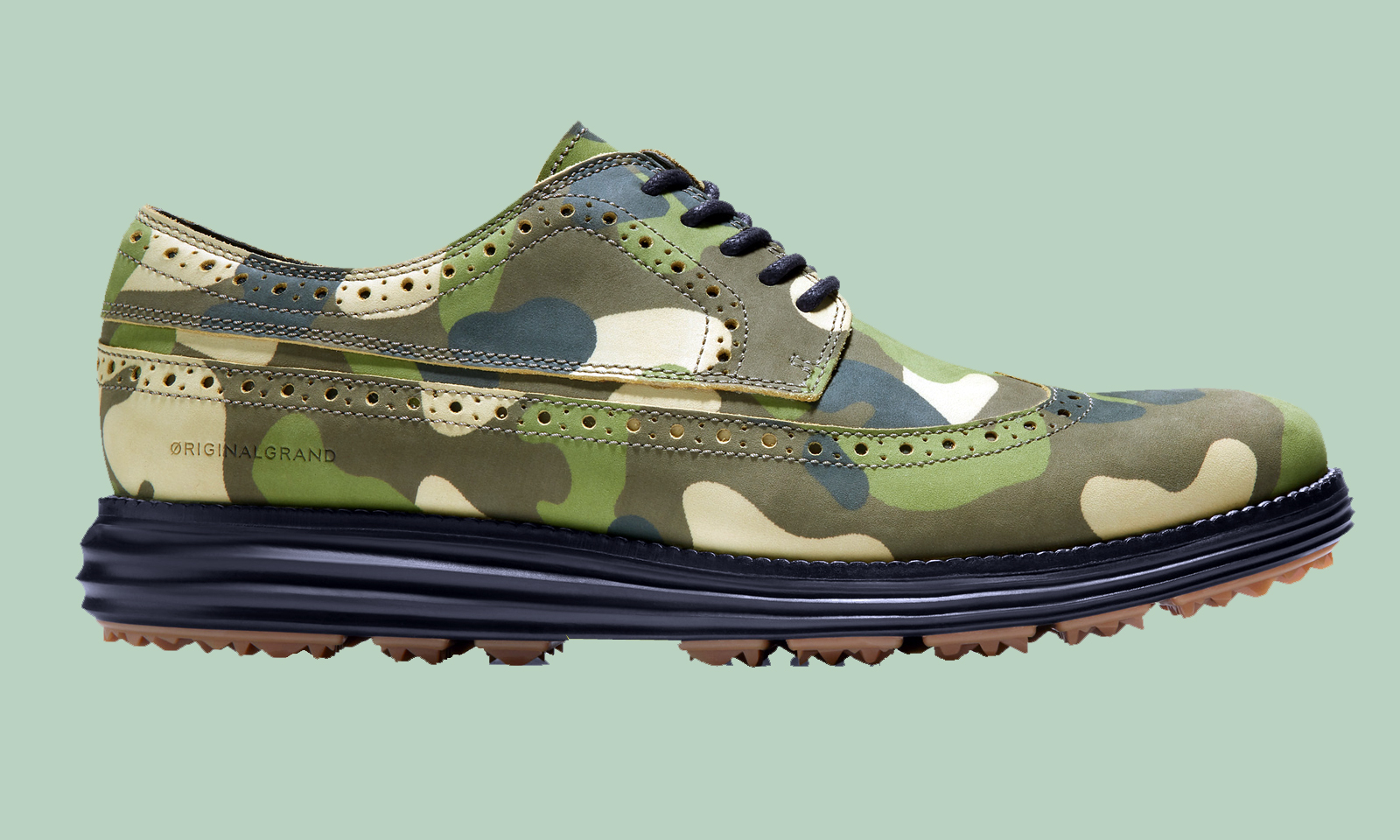 The Cole Haan Performance Golf collections are available at ColeHaan.com, in select U.S. and International Cole Haan stores and Golf Galaxy and select DICK’s Sporting Goods store locations. The styles across both men’s and women’s sizing are priced between $140-$170.