CAPTURING HER FIRST VICTORY ON A MAJOR PROFESSIONAL TOUR

Cheyenne Woods, niece of legendary golfer Tiger Woods, held steady to capture her first victory on a major professional Tour at the Volvic RACV Ladies Masters on February 9, 2014 in Australia, sanctioned by the Ladies European and Australian Tours. The 23-year-old from Phoenix, Arizona, who joined Nike’s athlete roster in 2012, closed with a four-under 69 at RACV Royal Pines Resort in Queensland’s Gold Coast to finish at 16-under 276. Woods birdied the final hole to win by two strokes and capture her first professional victory.

“I played really steady,” said Woods. “I didn’t panic. I’m just really excited for whatever this leads to.”

Although Cheyenne and Tiger got their start in golf the same way with encouragement from her grandfather and Tiger’s father Earl, Cheyenne has repeatedly indicated that although she can call on Tiger anytime for golf tips, her game is her own and is nowhere near the caliber of her famous uncle, at least not yet.

Highlighting her bag of Nike equipment was the new Nike Covert 2.0 driver, and the new Nike RZN Black golf ball. In addition to Woods’s Nike equipment, she wore apparel from Nike’s Tour Performance line and the Nike Lunar Embellish shoe. 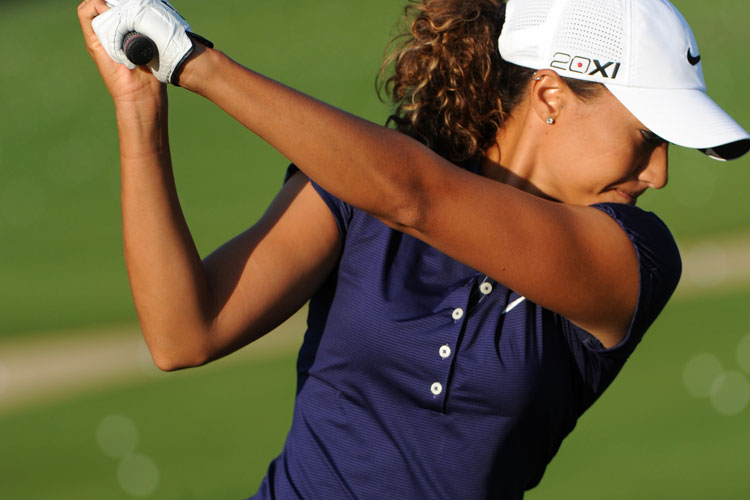 PHOTOS COURTESY OF NIKE GOLF | FIND OUT MORE ABOUT CHEYENNE AND NIKE AT WWW.NIKE.COM