[dropcap size=small]T[/dropcap]he Mexican painter, Frida Kahlo, was well known for her flamboyant nature and the stark revelation of her personal inner turmoil as it was expressed through her art.  Colorful, determined, talented and candid, Frida Kahlo painted images that challenged the norms of her times. Often shocking, always honest, her body of work consisted largely of self-portraits. Her artistic endeavors were an outlet for the frequent physical pain she endured throughout her lifetime. Her refusal to succumb to adversity and her ability to turn negative life events into success has made her a symbol of feminine power the world over.

The heirs of the Mexican artist have collaborated with Dorado, Pizzorni and Sons to create an artesian tequila bearing the name and likeness of the style icon. “Tequila was Frida’s favorite drink, and she drank a lot of it,” said Mara Romeo Pinedo Kahlo, a grand-niece who was an infant when Kahlo died in 1954. Each retro inspired bottle bears her image, as does the wooden stopper.  However, as it was with the artist herself, it is the contents inside that make it distinctly desirable. Distilled in Jesús Maria in the highlands of Jalisco, Mexico, it is handcrafted from pure 100% blue agave, which is indigenous only to this region of Mexico. Each small batch is made from the finest natural ingredients in the traditional tequila making process. 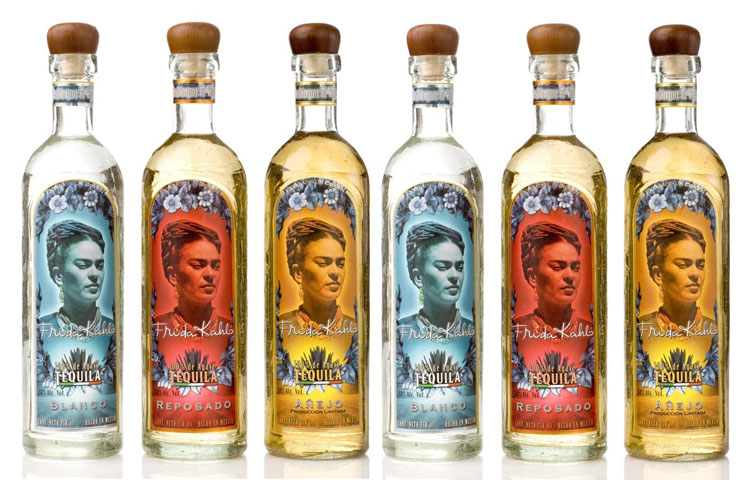 Frida Kahlo Tequila comes in three varieties. Blanco is excellent for mixing the perfect margarita, creating a superior sangria or as the base for other tequila infused cocktails.  The Reposado or “rested” version is allowed to age for six to nine months, thus making for a smoother end product; it is great for drinking alone or for mixing a more refined cocktail. The Añejo or “aged” premium variety is casked for no less than three years, resulting in a tequila that is meant to be savored, unadorned, as one would a fine cognac.

In keeping with the food, beverage and alcohol trades’ history of philanthropy and charitable giving, Dorado, Pizzorni and Sons saw an opportunity to benefit charities that aid women and children. As a result, they are working with the Frida Kahlo Foundation. Partnering with philanthropic minded restaurateurs, they are offering the “Frida Foundation Margarita.” A portion of the profit from each margarita sold goes directly to community non-profits assisting woman and children in need. By supporting women who, like Frida Kahlo, are attempting to overcome adversity, they are indeed using her name honorably and well.

There has been some controversy surrounding the use of the artist’s name to brand a for-profit product. Some groups have said that Ms. Kahlo would have been appalled by the prospect. However, Frida Kahlo, by all accounts, never took herself too seriously, and may have even found the irony amusing. It is this writer’s belief that a great deal of good can come of what some see as blatant exploitation. Any venue, which acts as a catalyst to attract a wider audience to her work, and, perhaps experience the profound depth of it, will ultimately produce a positive outcome. Coupled with the aid that will come to those in need from the sales of her “foundation’s” margarita, Frida Kahlo Tequila becomes an idea that’s easy for anyone to swallow.

July 6th 2014 is the 107th birth anniversary of Mexican painter Frida Kahlo. She was born in 1907. In February of 2013 The High Museum of Art in Atlanta in collaboration with the Art Gallery of Ontario organized a major exhibition of work by Frida Kahlo and Diego Rivera, the two central figures of Mexican modernism. “Frida & Diego: Passion, Politics and Painting” featured some of the best examples of Kahlo and Rivera’s art, with more than 75 works primarily drawn from the collection of Mexico’s Dolores Olmedo as well as the Jacques and Natasha Gelman Collection of Mexican Art. 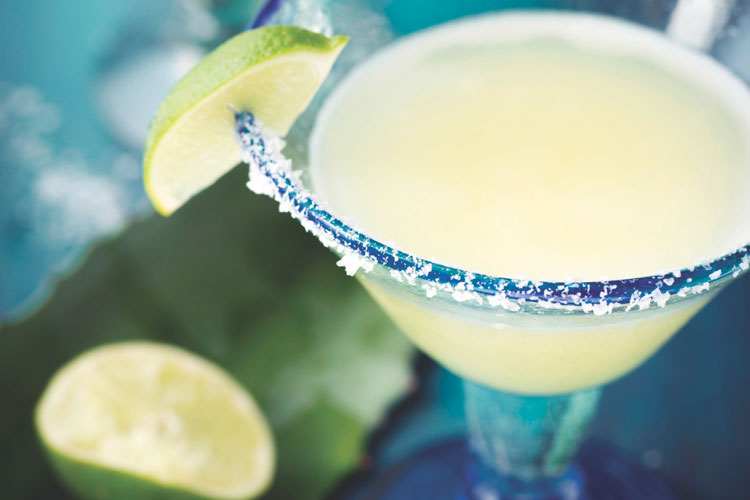 Directions: Combine all ingredients in a shaker with ice. Shake well and strain into a salt-rimmed margarita glass. Garnish with a wedge of lime. Enjoy!